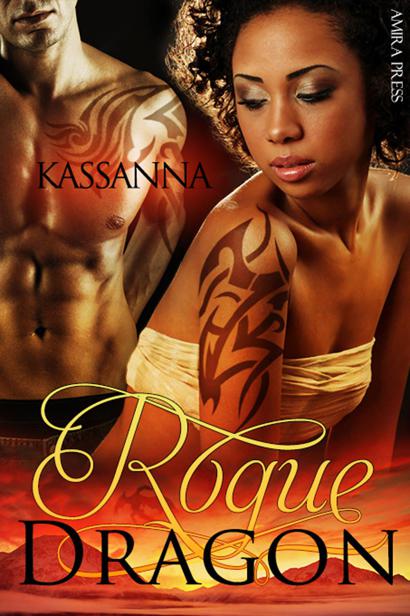 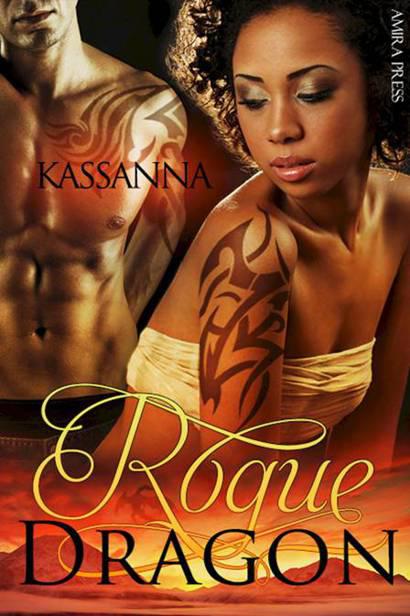 No part of this e-book may be reproduced or shared by any electronic or mechanical means, including but not limited to printing, file sharing, and e-mail, without prior written permission from Amira Press.

For my readers. You guys keep me motivated. Thank you.

The dank alley reeked of piss and vomit. Manx wrinkled his nose as he sidestepped a puddle that reflected the dull light shed by the single uncovered bulb over someone’s back door. He swiped the back of his hand through the sweat dappling his forehead and peered closely at the haphazardly stacked cardboard boxes.

Just a little farther,
he told himself.

He’d beat death back so far, just a few more things to take care of and he would welcome the rest. A bout of coughing wracked his body, making his thin frame shake. Manx covered his mouth and wiped the spittle away with his palm. No use giving away the fact he was more ill than he appeared. That was Bad Bargaining 101. No matter what, he was dragon and the scion a noble lineage. He peered down at the deep red blood covering his palm and snorted. He coughed again, and the thick liquid coated the back of his throat and the metallic tang filled his mouth.

All around him, snowflakes fell and turned into mist unable to survive the heat that radiated through the stone corridor. He knew he was surrounded but wasn’t deemed a threat, foolish dragons. With a twist of his head, he spat into the pile of boxes and continued to walk down the long passageway. The lone beam at the end of the passageway was his destination and come hell or high water he would get there.

Manx continued to shuffle along. His time was running out, and he knew his kindred weren’t the only ones staring out at him. He could feel the grim reaper hanging in the shadows looking back at him. He raised his hand and lifted his middle finger at the densest patch of gloom.

Not until I’ve secured the safety of my daughter, you son of a bitch.
He chuckled.
Maybe then, I’ll lie down and roll over so you can take me. But you better bring a forklift, asshole. ’Cause I plan to die as I lived, a dragon. I hope your ass develops a hernia when you try to pick me up
.

Manx pressed his palms to the heavy iron door and closed his eyes, soaking in the heat that radiated from the metal. His breathing cleared, and warmth infused his body. His eyes fluttered open and slowly words written in his native tongue revealed themselves. He chanted them aloud and the door was jerked open. A strong, young dragon with thick arms and no neck stared down at him.

“What do you want, old man?” He crossed his arms.

“Stuff it,
wurm
. I need to speak with Drago.” Manx drew himself up and crowded the young shifter, getting in his face.

“Nobody outside of his inner circle talks to the boss.” The boy hesitantly backed up.

“Listen, you little shit. When Drago was but a hatchling, I ruled the skies. Tell him Manx is here.” Manx added a little heat to his breath, and smoke followed his words as he stepped into the empty foyer.

“Manx who?” The young shifter cocked a brow.

Rows of teeth filled his mouth, and he spit out the words “Drago. Now!” His clothes split along the seams.

Manx knew he didn’t have much left, but the hatchling needed a lesson. He no longer had fire, but he could fake it like no one’s business. Puffing out his chest, he felt the scales slip through his skin as he allowed his beast to surface. He curled his shoulders when his wings sprouted free.

Walls cracked as his girth spread, and the sound of breaking stone filled the room. His bones snapped and realigned themselves. He was once Supreme Leader, and every dragon bowed before him. That is, until he turned his back on his people for the love of a human woman. His wings spread, blocking out the light shed by the wall sconces. He’d witnessed the rise, fall, and new rise of man for a few millennia, and this fledgling wanted to give him sass.

He was withering away now. Soon he would follow his mate into the realm of the next world. The scent of Shalla’s breath would wash over him every now and then, and he knew she was calling to him, but he had business to attend to first. Their daughter, Synda, would be all right. He just had to make amends and pray his people accepted her.

“Dammit, Levi. What have I told you about controlling your shift?”

A harsh masculine voice reached him before he could dip his head to see who spoke. He took a step, and his talons tore into the cement floor. Another shifter came running around the corner. He slid to a stop in front of Manx.

“Oh shit.” The newcomer bent to the side. “Levi, where are you?”

A muffled voice came from somewhere around him, and he felt heat on the outside of his thigh. The young dragon was trying to burn him, He flexed his leg, and the boy screamed. Manx snorted and smoke filled the room, setting off smoke alarms. The blaring peel of the sensors canceled out all conversation, and the constant dinging made him wish he still had fire so he could melt the damn things. Manx ducked his head below the haze and met the reptilian eyes of Drago. His nephew stood staring up at him while tapping his foot.

“Really, Uncle, was this necessary?” Drago slid his hands into the pockets of his slacks. “I thought you were dead. Mind telling me what you want?”

Manx shifted, his form returning to that of a declining old man. He inhaled and heard the rattle in his chest. “Drago, you always were a smart ass. That’s why you were my favorite sort of. We need to talk, and by the way who the hell keeps smoke detectors around dragons?”

Drago inspected him from head to toe. “How is it you’re still alive? Last I heard your mate died.”

Manx met his nephew’s gaze. “She did.”

“Then you should have followed her.”

“Love is a powerful motivation.”

“No doubt, but that doesn’t explain why you’re here, figuratively speaking of course.” Drago stared at him with cold speculation. “And will someone please get Levi off the floor.”

“If you’ve been keeping tabs as I suspect my brother taught you to, then you know you have a cousin.”

Drago’s eyes widened, and he pursed his mouth before quickly covering it with a pleasant expression. “We were told the babe died with his mother at birth. No reason to watch you if you weren’t far behind her.”

Manx snickered, quickly covering another cough. “You were told what I wanted you to know. I was once the most powerful among dragons. I still hold a few tricks up my sleeves.”

“If you’ve come back to reclaim your title for your son, Uncle Manx, let me warn you, cousin or not, he will die.”

“You always were a greedy son-of-a-bitch, Drago. That over-inflated opinion of yourself will be your downfall, as it was with your father. Never forget, he and I battled many times, and he lived to sire you only by my leave. That’s not why I’m here though.”

“For the love of fire, will you get to the point?” Drago rocked on the balls of his feet.

Manx swallowed his pride and closed his eyes. “I had a daughter not a son. Her name is Synda, and I’m here to seek protection for her. I am not long of this world. Death is but a few steps behind me. I want your oath that as head of Tarasque Clan that she will be protected.”

He could still see his beloved in the field where they met. Her dark skin radiated light, making everything around her including the colorful clothes she wore seem to shine. The high grasses of the savannah had hidden him for the night. He’d just taken to the skies, intent on completing his journey home, when he’d spotted her walking down a trodden path with nothing but a sharpened tree branch for protection. She hadn’t seen the lion perched low a few feet ahead and ready to pounce.

When he’d dropped from the sky onto the big cat, his talons slipping through skin and bone like warm knives through butter, Shalla had simply stopped and tilted her head back to look up at him. Not once did she show fear. Once they were mated, the unexpected happened and her life force appeared to tap into his. Manx guessed that as long as he lived so would Shalla and he was determined to make every day count as if it were their last. From that moment until the time of her death, they were almost inseparable, spending hundreds of years together. And it still wasn’t enough. He wasn’t strong enough to keep them together. She’d kept her pregnancy a secret until she couldn’t hide it anymore. They had already played with fate and come out unscathed when they realized she wasn’t ageing. To test the Gods again he worried could prove disastrous a second time around. However she had been so happy he didn’t have the heart to voice his concerns. Her pleasure was all that mattered to him.

Those fears had come to pass when she died during childbirth, but he could not hate the fruit of their love, Synda. His only regret now was that he wouldn’t see her grow into the dragon he knew was buried deep within her. Manx hastily brushed away a tear that escaped from beneath his lids.

“…did you hear me, old man?” Lines of aggravation bracketed Drago’s mouth.

“As an exile, what is it you offer this clan for the protection of my cousin?” Drago’s tone was clipped.

Manx could feel his cheeks crease. Sure, he hadn’t smiled so widely in years. “Drago, I have the one thing your father could never give you because, try as he might, he could never best me. I have the Y Ddraig Goch jewels.” He saw the cunning in his nephew’s eyes, could practically see the wheels turning in his head. Manx continued. “It’s the one thing that would cement your claim to leadership of Tarasque. I mean forget it, if you like constantly looking over your shoulder for challengers that would replace you. Because if you won’t protect the true charm of my heart then I’m sure I can entice another clan to. After all, with the gems, all a stronger dragon would have to do is vanquish you in a Malice Duel and he’d be acknowledged as Supreme Dragonrex. I don’t think that’s a title you’ve managed to secure. Must be a bitch being so close and yet so far…” Manx scratched his balls, to show his indifference to his nephew.

Drago swiveled his head to look at his men. “Get my Uncle Manx some clothes.” He turned back and smiled wide enough to show all his teeth. “Uncle, once you’re dressed, we can meet in my quarters. It seems we have much to talk about.”

“What the hell for?”

“Your word, Drago. There is only one place I’m going and that’s back out the damn iron door unless I have your word. He glanced back at the twisted metal barely hanging on its hinges.

Drago circled Manx. “We are in negotiations, Uncle, but as a show of good faith, I will put my best man on it. I’ll make sure Synda is brought here to be with you. In the meantime, feel free to tell me all about the Y Ddraig Goch.” He barked out more orders. “Get a hold of Kirill.”