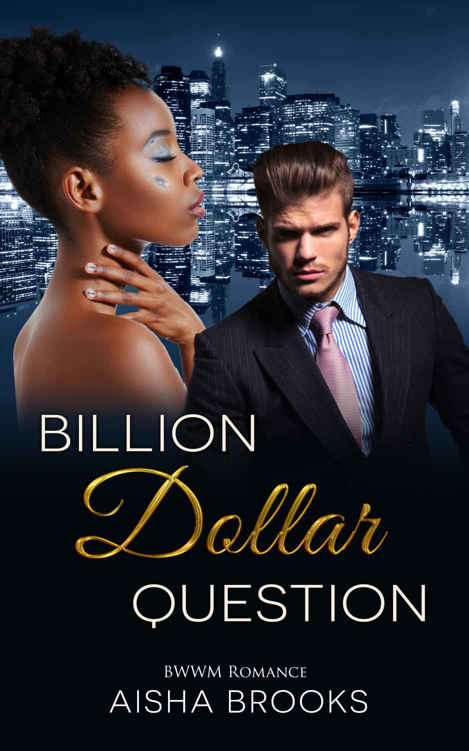 Scroll To The Bottom Of The Table Of Contents For Your Free Gift.

Chapter 1: The Next Step

Chapter 6: Getting To Know

Chapter 9: The Most Awaited Day

Bonus A Spanking Out West The Cowboy’s Mail Order Bride

Bonus Love on the Prairie

Bonus Seal’d with a Smile

This deliciously dirty story is a part of Aisha Brooks’ super-charged, highly lewd collection of love and lust, written in 2015. Those who attempt to steal any part of this goldmine and take it as their own risk being a fiery, hot death from a hunk bearing copyright notices—and she’s not about to play with you.

This is a work of fiction—although we wish that people like this really existed, it’s nothing more than a figment of a very, very overactive imagination. Any resemblance to someone you know, a place you love or a thing you hold dear to your heart is nothing more than a craving in your heart that these carnal desires and actions were true!

Although all the saucy characters are flirting with forbidden desires and sometimes taking the naughty fruit they really shouldn’t be, all are consenting adults over the age of 18 and not blood-related. What they are is passionate and eager to explore their carnal desires all day long.

In short, this book is going to get you very, very hot!

All Rights Reserved. This book or any portion thereof may not be reproduced or used in any many whatsoever without the express permission of the publisher except for the use of brief quotations in a book review. This book is a work of fiction. Any resemblance to persons, living or dead, or places, events or locations is purely coincidental. The characters are all productions of the author’s imagination. Please note that this work is intended only for adults age 18 and over. All characters represented are age 18 or over.

Dallas held his cup of coffee and gazed at his Minnetonka Lake view from the master suite in his mansion near Minneapolis. He watched families boating with children water skiing . For a moment, he imagined living a more typical American life with a wife and kids. A smile grew on his face.

“Dallas, come back to bed, it’s still very early,” a high-pitched voice behind him whined.

Dallas remembered being with a knock-out woman the night before, but he had no idea what her name was now. He looked at the woman walking toward him in a very small and revealing negligée. Her body was sensational and tantalizing. He had explored every inch of it most of the night. He met her at the club. She eagerly joined him for a night cap at his famous, historic estate on the lake. After a few glasses of fine wine and an hour of flattery, she was all his.

Dallas looked at his watch. “It’s almost eleven o’clock in the morning,” Dallas stated as he focused again on the view in front of him and sipped his cup of coffee.

The woman pouted in her spoiled girl style. “Like I said, it’s early. After all, we didn’t get a whole lot of sleep last night.” She giggled and rubbed her body against his and licked his neck. She wrapped her long leg around his and slid down it like a stripper’s pole.

“Come back to bed with me and I’ll make it worth your while,” she said with teasing eyes as she kneeled in front of his crotch.

Her tactics would normally work. He would usually enjoy playful morning sex with a gorgeous woman. But surprisingly, he found he was not in the mood. In fact, her presence was bothering him at the moment.

“I don’t think so. I have a busy day. George will see to it that you get home safely and comfortably. Thank you for a lovely evening.” He sipped his coffee again.

Dallas heard the bedroom door open and knew George was right on time. He turned away from the woman and toward the door. He nodded at George and promptly walked into his private area of the suite, closing the door behind him. He heard George kindly call the woman Charlotte.
Oh yeah, Charlotte,
Dallas thought. George helped Charlotte retrieve her clothes and directed a driver to take her home.

As Dallas showered and dressed for the day, he kept thinking about the family scenes on the lake. It wasn’t the idea of a wife that interested him. It was the dream of an offspring; someone to whom he could leave a legacy; someone with whom he would have a true bond that was based on something other than money.

Being a self-made billionaire before age thirty came with amazing privileges and an exciting life, but it also left him with little trust of people. It seemed like everyone who acted like they wanted to be his friend really just wanted a piece of his wealth, especially women. George was the only person he trusted, and he was on his payroll. Even his family only contacted him when they needed money.

Dallas walked into the living area and sat at the table. George promptly had room service deliver his meal.

“George,” Dallas said as he began eating, “may I ask you a personal question?”

George looked up from the paper he was reading and answered, “Yes, sir. What is it?”

“Do you have any children?”

Dallas smiled. “I thought so.” He took another bite and swallowed. “I’ve been thinking. I’m ready for a change in my life. I’m ready to make a commitment.”

George raised his eyebrows. “You’re thinking of getting married, sir?”

“No. God, no. I’m not ready to commit to one woman. You know how I like my many women.”

George didn’t speak, nor did he move.

“Do you know how I could go about that without getting involved with a woman?” Dallas asked.

Dallas thought as he chewed. “No. I’d like my child to have my own DNA. And I’d like to be able to choose the mother, or at least the type of mother.”

“I will research your options, Mr. Moody.”

“Thank you, George.” Dallas wiped his mouth and placed his napkin on the table. “I’ll be home for dinner. I plan on being alone and I’d like to eat in my room.”

Dallas felt suddenly invigorated with his new life plan. Once he set his mind to something, he obsessed about it until it was complete. He was absolutely sure that fatherhood was the next step for him. He wouldn’t rest until his plan became his new reality. He walked on the path of his peninsula and saw a father and son fishing together in a boat on the lake. Soon, that was going to be his life. He couldn’t wait.

Jada heard the factory buzzer and knew it must be time for lunch. She finished running the log through the saw mill and then turned the saw off for break time. She sat on a chair next to her tool box and retrieved the small lunch she brought from home. Though there was a lunchroom that some of the workers used to socialize, Jada preferred to be alone and quiet during her breaks.

The plant was noisy and hot, and she often found the topics of conversation with most of the men in the lunchroom were raunchy and offensive. She was much happier sitting alone and thinking.

After she finished her bologna sandwich and bag of veggie chips, Jada pulled out the paper she printed from the sperm bank. She had highlighted two possible donors.

After spending seven years with her loser boyfriend, Frank, who dumped her for a white woman with a fancy car and stylish downtown loft, she decided she was done with men and ready to just be a mom. All she needed was an anonymous donor so there were no messy custody battles or arranged visits with the child’s father.

She reviewed her final two possibilities. Her appointment was in three days. She needed to make her final decision. There was number 7301, the six foot five African American athlete or number 6892, the five foot ten African American musician.

Sports and music were her own hobbies and she longed for a child who shared some of her interests and dreamed of how amazing it would be if he or she had a stand-out talent.

Jada jumped in her seat. She was so deep in thought, she hadn’t heard her brother approach her.

“Tony,” she slapped him with her paper, “you startled me.”

Tony laughed. “You always were a jumper. Haven’t seen you since, you know… well, I mean I heard about you and Frank.”

Jada blew air and rolled her eyes. “Yeah, I know you always told me he wasn’t good enough for me. You were right.”

“’Course I was. But that don’t mean nothin’ now. You okay? You need a place to crash?”

Tony snickered. “A-ight then, when you’ve had enough, you know you can come stay with me and Sondra.”

“That’s sweet, but you don’t have no room in your tiny apartment and your three month old baby. Ma’s house is fine.”

Tony nodded and smiled. “You want me to go rough Frank up for ya?”

Jada laughed. “Again, that’s sweet, but no, I’m fine. I’m better offer off without him. In fact, Tony, I haven’t told anyone else this yet, but…” her voice trailed off. Suddenly she wasn’t sure if she should tell her older brother what she had planned.

Jada took a deep breath. “I’m gonna be a mommy.” She smiled wide.

Tony’s eyes grew wide. “What?! Frank is the daddy?” he yelled.

“No!” She stood and put her hand on her brother’s shoulder. “Hush! Frank is no Daddy.” She looked around and then whispered. “There ain’t gonna be a daddy at all. I’m gonna be artificially inseminated.”

Tony looked at her with no expression.

She showed him her spread sheet from the sperm bank. “See? Here are my choices. I think I’m gonna go with the athlete. Papa was a great athlete, and so are you and Ty. It already runs in the family, see?

“Woman, you are crazy.” Tony backed up.

Jada felt her heart sink. “Tony, I’m not crazy, I’m just ready. I’ve been saving up my money. I’m gonna try to buy a little house. It’s gonna be great. You’re gonna be an uncle, and your little baby Syrus will have a cousin.”

Tony looked at the floor and shook his head.

“Come on, Tony. I could use your support.”

Tony lifted his eyes and looked at her. He stared. Jada pleaded with her eyes for him to soften.

“A-ight. If this is what you want, of course I’ll support you. You’re my little sister.”

Jada hugged Tony just as the buzzer screamed for them to get back to work.

“No word about this to Ma until it’s certain, okay?” Jada confirmed.

Tony nodded. “I got ya covered.” He walked back to the finishing room where he ran the sanding machine.

Jada turned the saw back on and continued her daily job.