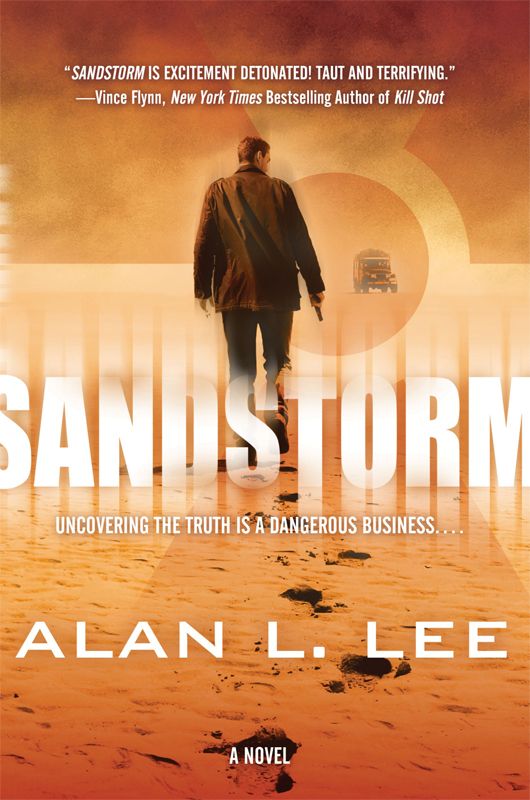 To my brothers, John and Ronald …

in loving memory of my parents.
“Thank you” somehow seems lacking.

It gives me comfort to know you still
watch over me from above.

To my Executive Editor Bob Gleason at Forge, thank you for your enthusiasm and seeing the potential. Your gentle guidance has meant a lot. I do enjoy our chats about all things nuclear.

The Forge team has been nothing short of amazing. Thanks to Tom Doherty for the opportunity to get my story out there. It’s a privilege to be published under your imprint. I still pinch myself from time to time.

Thank you, Kelly Quinn. I’m not sure of everything an editorial assistant does, but you wear a number of hats well. You held my hand throughout this entire process, making everything fall into place smoothly. Go Bruins!

M. Longbrake, you’re the English teacher I wish I’d had. As copy editors go, you’re a shining star. Your suggestions and edits were dead-on. I owe you lunch!

Art Director Seth Lerner, it was as if you were in my head. Thanks for creating a totally amazing book jacket. It will forever be a fixture in my man cave.

Mary A. Wirth, even though I’d looked at and read the book numerous times, your text design really made it come alive for me.

To Kate Folkers, getting
Sandstorm
to where it is today is a testament to your unyielding belief. We were down to the eleventh hour, but this being your last deal as a literary agent was the best stay of execution I could have ever hoped for.

To Sharlene Martin of Martin Literary Management, your vision inspires dreams of big things to come.

Vince Flynn and Brad Meltzer are true inspirations who offered friendship, insight, and support. Thank you both for being exemplary people.

In Jeff Zaslow, mankind lost a brilliant storyteller. Your wit, poise, talent, and nurturing manner are sorely missed. Thank you for your encouragement.

To the men and women who serve, whether on the front lines or in the shadows, no amount of gratitude is enough.

Thanks to anyone who took the time to answer any dumb question I might have posed. I guarantee I’ll have many more.

To my sons, Spencer and Drake, I am blessed to have two wonderful examples of what love truly means.

Finally, to my wife, Sean. Thanks for holding down the fort while I was locked away in the man cave writing. Your support and patience were unwavering. This journey has meant so much because you’ve been by my side.

Erica Janway reflected on her past because she had no future.

Forty-eight years of living, most of them good. A decent childhood. No serious health issues other than a brief fondness for alcohol. The usual amount of bad dates before the right one showed up. She was proud to have served her country with honor, no matter what some of the assholes at the CIA thought. She’d get a black star chiseled into the white face of Vermont marble on the Wall of Honor at Langley. Her husband, Paul, was the rock of her foundation and the main reason the drinking stopped. There was plenty more to reflect upon, but she was out of time.

The ominous figure clad in a dripping wetsuit stood motionless a few feet away in her Annapolis, Maryland, kitchen. She knew his presence was of her own doing. She hadn’t been able to keep her nose out of things. When they’d reassigned her from station chief in Moscow back to Langley, she’d been able to deal with the indignity only for so long before it had really pissed her off. Working from a desk, she’d searched daily for trouble, and once she’d stumbled upon it, resisting the temptation to dig further had been impossible. She’d wanted to take her suspicions up the ladder to her superiors but had lacked concrete proof. Plus, she could ill-afford another blemish on her record.

As a puddle formed on the tile, Erica figured he’d been watching her for a long time from the inlet off the Chesapeake Bay, the water’s edge just a chip shot away. She’d been on the deck for most of the evening and hadn’t heard or seen anything unusual.

Erica stared at the 9 mm pistol pointed at her chest. “If it’s money you want, I only have about sixty dollars in the house.” She was trying to buy time. She knew he wasn’t here for money. Common criminals didn’t walk around with silenced weapons. She coyly eased toward the knife holder on the counter.

The intruder, of course, recognized what she was trying to do. He almost wanted to give her a fighting chance. While watching from the water, he’d discovered there was something playfully amusing about her. She hardly came across as the cold-hearted threat she was portrayed to be. But he’d never been given a reason not to trust his handler’s orders.

He focused his weapon squarely on Erica’s heart as she stood next to the knife holder. She didn’t bother to make the attempt, knowing it was futile. She prepared herself as best she could. There was nothing to say that would alter her predicament. The thought that she would not die in vain gave her a degree of comfort. She’d prepared a package to be sent in the event that something happened to her. They would have no way of knowing that.

She decided not to scream. There really was no point. The house was hidden away behind ample foliage down a path. One of the attractions about the property had been its privacy.

Erica closed her eyes, thinking of Paul. She heard the muffled
thump
as a bullet left the chamber and tore through her heart.

On his way out, Janway’s executioner paused to look at several notes she had scribbled on a notepad while sitting on the deck. As he read, he observed that some were pertinent to why he was here. In the lower right-hand corner, framed by subconscious doodling, were two letters firmly repeated a couple of times. They meant nothing to him, but as he tore the pages away, he decided he’d make sure “NM” was run through every database of Janway’s life. At this point, there could be no loose ends.

Maneuvering her way through the throng of people choking the Spanish Steps should have awakened her to the fact that she’d been aimlessly walking the streets of Rome for quite some time. She’d passed countless cafés, bars, and clubs, the nightlife openly beckoning. Nora Mossa was oblivious to it all.

She recalled seeing on television—maybe on the National Geographic channel or during Shark Week—that several species of shark had to keep moving or they’d die. She could relate.
Obligate ram ventilators.
That was the term. They had to swim forward in order to force oxygen-containing water through their mouths and over their gills. The shit you remembered at the weirdest times, she thought.

Like a great white, she wanted to rip something apart. Not necessarily to feed, but to get rid of the rising aggression overtaking her system.

She’d been waiting on a phone call that had never come, and now, the deadline had passed. Nora fought back the urge to vomit. Not getting that call meant that in all likelihood, her friend and mentor, Erica Janway, was dead.

Not caring about the risks, she took as many shortcuts as possible back to her Piazza Navona neighborhood. Three blocks past the Pantheon, she was at her apartment building. Instead of taking the elevator, Nora climbed the steps of the thirteenth-century building to the second floor. She leaned against the thick wooden door of her apartment after shutting it, taking a long, deep breath. She took a moment to focus on what she had to do next. Erica and the CIA had trained her not to panic. Procedure would help clear her mind. She was on her way to the bedroom when the faint smell of lavender and sandalwood tickled her nostrils.

She ducked just in time.

The move thwarted the man’s attempt to wrap a beefy arm around her neck, leaving him nothing to grasp but air. His momentum forced him to take an extra step, leaving him slightly off balance. Nora pivoted to his left side and put all her weight behind a punch that nearly doubled him over. He cringed but countered with a sweeping right hand. Again, she managed to avoid the effort. She took advantage of an opening to deliver a pair of sharp strikes just below the rib cage. She then took a step and knocked him forcefully backward with a kick to his midsection. He crashed into a table, nearly falling because he only tried to brace himself with one hand. Nora understood why when she located the knife in his right hand. Judging from how he tried to attack her from behind, she was sure it was sharp enough to slice her throat open in a single pass.