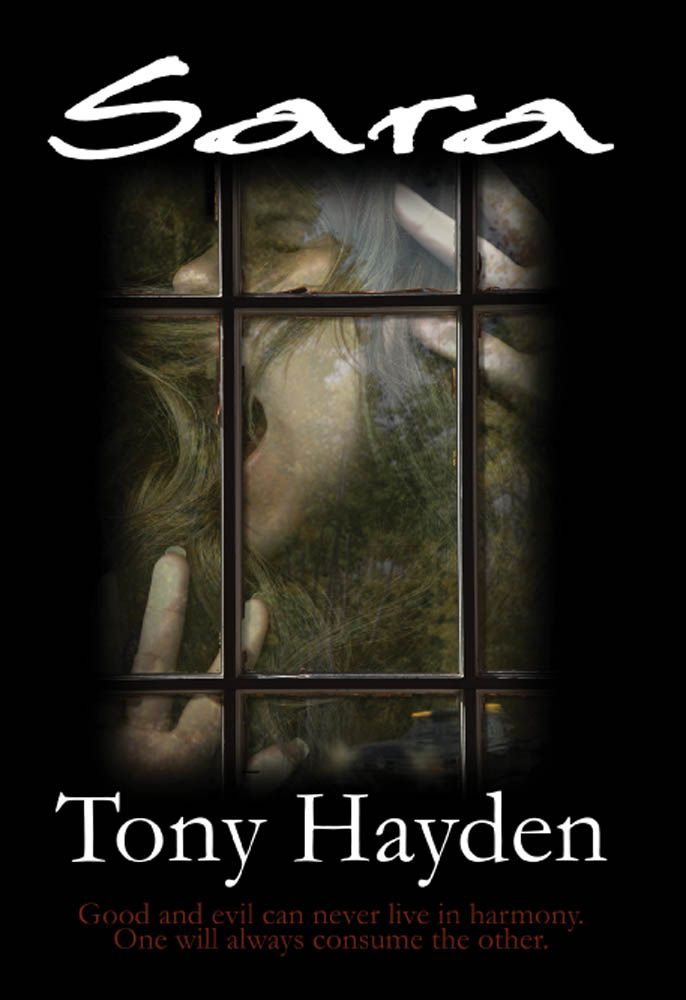 -Are you free?
Or are you trapped with those
whose vengeance, is not of God?

Who even some, were bound by jealousy,
with eyes that fixed you in formulated phrase-
words expressing the tenderness of age,
while murmuring prayers of which...
were not meant for thee.

From the closed door- the cold heart...

David Culver –
Poems for the Missing

The sharp whine of a diesel engine pierced through the heart of the darkened forest. Bright headlights penetrated the night, throwing shadows of trees against boulders in wild gyrations. A black ’97 Ford one-ton tow truck bucked and leapt over rutted dirt and exposed pine roots, while springs and welded joints groaned in shared agony. The truck, finally finding level ground, lurched to a sudden stop. The engine revved then fell silent as compression was removed from fuel. A rhythmic ticking escaped the cooling engine and darkness was restored to the remote mountains of northern Colorado.

The forest held its breath, unsure what to make of this raucous invasion. Hinged doors screeched loudly as two men climbed from the cab of the aging vehicle. They did not speak, but moved with rehearsed simplicity. The driver, a lean man of about twenty years, stepped to the back of the truck and removed a filthy twin-sized mattress, letting it flop to the ground. The passenger, a larger man, easily in excess of two-hundred and fifty pounds, unlocked and opened an oversized, crossover toolbox made from diamond-plate aluminum. The hinge objected loudly as the door raised and locked into position. The driver, now breathing heavily, climbed onto the bed of the truck, reached into the opened toolbox, and extracted a young woman, gagged, with arms bound behind her. Dirt on her face was streaked by tears. Muffled grunts escaped the rag in her mouth as she struggled to breathe around its ragged edges. Sara Jean Haller would not make it to her freshman year at the University of Wyoming in Laramie.

Earlier that morning,
Sara had said goodbye to her mother and father in the quiet mountain town of Eagle, Colorado. She had been accepted into the nursing program at UW and was anxious to explore her new freedom after graduating top of her class at Eagle Valley High School.

Her father, the overprotective sheriff’s deputy, inundated her with “what if” scenarios as she loaded the last of her things into the trunk and prepared to leave.

“What do you do if you get a flat tire?”

Sara rolled her eyes and regurgitated her father’s instructions.

“I pull to the far edge of the road, clear from traffic
, activate my hazard flashers and use my cell phone to call for roadside service.”

“Do you get out of your car and wander around?”

By rote, Sara continued, “I stay in my car, turn off the engine, and crack a back window for fresh air.”

Hanging her favorite blouse on a peg above the rear seat, she added, “I lock all the doors and do not open them for anyone but a properly identified police officer or the service technician responding to my call.”

Sara faced her worried father and cocked her head. “Happy?”

“No, Squeaky, I am not happy. I have been dreading this day for the past eighteen years.”

Sara smiled big at her father’s use of the long forgotten nickname. He started calling her
Squeaky
after her prolonged squealing during bath time when she was a baby. On her fifteenth birthday, she had demanded that he stop using the pet name and start referring to her only by her proper Christian name. With sadness in his eyes, he had grudgingly complied with her wishes.

Stepping forward and hugging her father closely, Sara whispered, “Daddy, stop worrying. You and Mom did a terrific job preparing me for the big, bad world out there.”

Prying herself from his grip, she stepped back and looked into his misty eyes
. “I’ll be okay, Daddy. I promise!”

Sara was
lowered from the truck and her bonds were removed. She gasped for breath as the saliva soaked cloth was ripped from her mouth, then struggled to stand under the awkward weight of a mattress that was thrust onto her back.

“You get to carry this,” the driver informed her.

A loop of strong rope was secured around her neck, the other end held firmly by the heavy-set man who began to lead her up the steep and rocky trail. After several minutes, Sara slowed when her left sandal came off, only to be viciously jerked by the man holding the rope. Her mind swam to make sense of the situation.

This can’t be happening
, she thought to herself.
This has to be a bad dream
.

Sara sobbed out loud. “Please,” she pleaded. “You don’t have to do this.”

The younger man behind her laughed. “Why do they always say that, Pop?” In a mocking voice, he continued, “
Please, you don’t have to do this
. Every one of them says that very same thing.”

Sara’s stomach heaved at the brutality of her situation. Her knees buckled and she fell to the trail under the weight of the mattress. She wanted to scream and fight and run into the night, but a tiny thread of hope burned inside of her. Maybe these men would change their minds and let her go. Maybe they would choose not to hurt her. Maybe, in a flash of mercy, they would actually acknowledge her as a living, breathing, human soul and let her live.

A sweet odor of wood and spice and sour sweat filled Sara’s senses as Pop leaned close to her face and spoke. “If you don’t get off your knees you little whore, I will open up your guts right here and let the coyotes feed from you.”

Sara vomited, then slowly raised her head to the shadowed figure of the heavy man. “Please,” she pleaded. “Please don’t do this.”

“Please, please, please,” chided the driver as he lifted the mattress off the ground. “Maybe if you say
pretty please
, we won’t cut your tits off.” He laughed out loud again.

The rope tightened around Sara’s neck as the heavy man stood and hauled her to her feet. Stars danced in her oxygen deprived brain and she gasped as she struggled to stand upright. The weight of the mattress pushed against her back and the rope pulled on her neck. Sara was once again being forced up the darkened trail.

Sara left home earlier that morning with a full tank of gas and a heart full of excitement
. Making her way east, out of the Rocky Mountains, she stopped in Denver just long enough to fill her fuel tank and slip through the drive-up at Dairy Queen. Then she was back on her way. Traveling north on the interstate highway toward Wyoming, she quickly grew tired of the endless urban sprawl and short brown grass of the drought stricken eastern plains of Colorado. Exercising her first act of independence, Sara left the interstate at Fort Collins to take a shortcut through the winding foothills directly to Laramie, Wyoming. Her father adamantly advised against such a route.

“Less traffic, less chance for help if you break down,” he said. “Stick to the interstate and drive the speed limit.”

Sara found herself enjoying the lush mountain meadows and winding two-lane highway. She pressed the accelerator of her Honda Civic to the floor and smiled with exhilaration at the performance of her graduation gift from Mom and Dad.

Around one of the many turns, Sara slowed as she passed through the small mountain town of Ranch Springs. A beautiful Victorian structure, painted brilliant white, housed a small general store and local café. Several quaint homes dotted the green hillsides. A spacious country church with white-washed bell tower stood vigilantly over the quiet town. The scene reminded Sara of home. “Honest living” is what her father called it. Smiling to herself, she stepped on the gas and took note of a sign that informed her that Laramie, Wyoming, was forty-five miles ahead.

Rounding another curve, Sara noticed too late that a rusted muffler lay in the middle of her lane. Not having enough time to slow or maneuver around it, she clipped the muffler with her right front tire and cussed as the tire blew, pulling at her steering wheel. Easing her foot off the gas and onto the brake, she expertly slowed the car and pulled onto the grassy shoulder, away from traffic. Turning her hazard lights on, Sara checked her cell phone for service and was surprised to find two bars on the display.

Searching through her contact list, she found the toll free number for roadside service, punched
the
send
button and said, “Thank you, Daddy!”

The operator on the other end informed Sara that a tow truck was on the way.