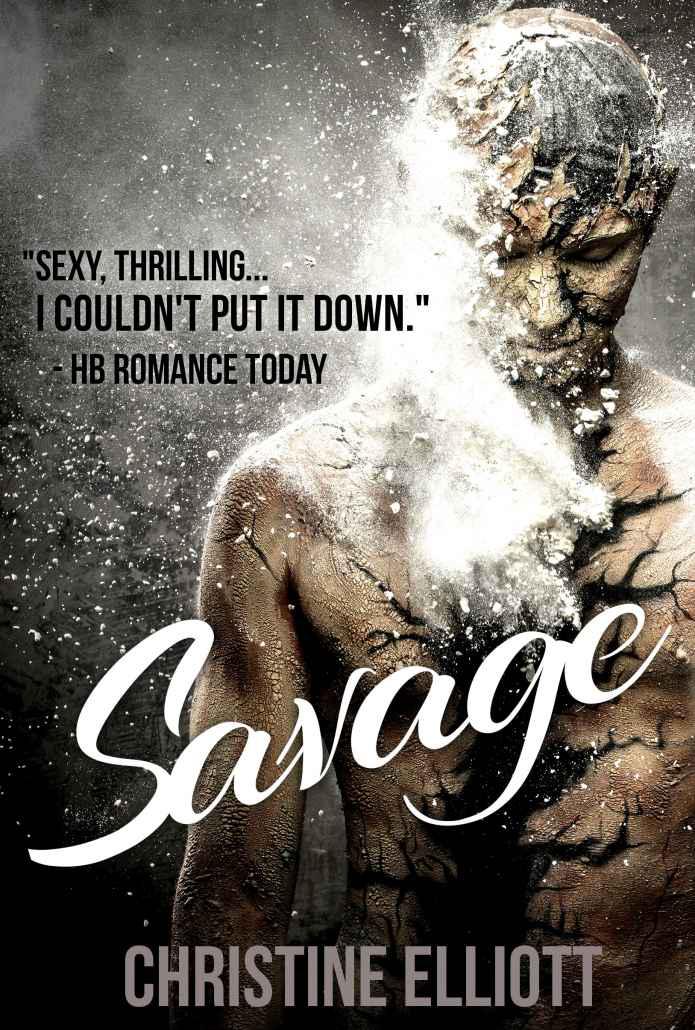 This is a work of fiction. All characters, places, and events are products of the author's imagination or are used fictitiously.

T
his book would not have been possible without the constant support from my fellow writers, readers, and reviewers.  You make dreams come true!  This book is dedicated to everyone who made it possible through their support, love, and advice.  And it is especially dedicated to you -- the reader -- for doing your part in making a dream come true by buying this book.  You are wonderful beyond words.

THE STRANGER AT THE BAR

When I first met Lucas, I was eighteen, homeless, and starving on the streets in the dead of winter.  It was a miracle I survived long enough to find him.

The night we first met, I was walking down the downtown sidewalk through the crowds, my feet crunching through the snow in my torn up tennis shoes.  Neon lights flashed from the storefronts all around me, blinding me with their harshness against the black sky.  I had my arms wrapped over me to protect against the chill, but they did nothing to stop the coldness that was piercing me to the bone.  My cheeks were blue and my lips were chapped.

I was hunched over, shivering, as strangers passed me by without a thought.

The emptiness scraped the bottom of my stomach.  When was it I had last eaten?  Yesterday morning?  Or was it the night before that?  I tried shaking away the thoughts, but it left my head dizzy.

At least you’re not home
, I told myself.

Well, at least there was that.

As I turned a corner, I tried to push the memories away, but they came flooding back to me.  Month after month of Jeff coming home drunk, slamming me into walls, breaking and bruising every inch of me as he screamed.  I hated him, God I hated him, and fuck knows why my mother began dating him.  Maybe he manipulated her like he did everyone else—only I saw who he really was.  Only I saw the demon in him.

And then the last night, the night he came home with a strange look in his eye.  I had been sitting at the kitchen table doing homework (that was one of Jeff’s rules—I wasn’t allowed to be alone in my room unless I was sleeping).  Mom was passed out in the bedroom, yet again, leaving me at his mercy.  I braced myself when I heard the front door close.

I had expected the usual: punches, slaps, kicks.

After what happened next, I wished forever that those had been what had happened.

I heard his footsteps enter the kitchen.  They were stumbling and too loud.  I clenched my teeth and put my pencil down, waiting for him to bring his hand down on my head yet again.

Instead, I felt his shaking fingers run down my neck to my shoulders.  They caressed me while his hot breath approached me from behind.  I yelped and leapt up, springing from my seat, unsure I hadn’t just imagined it.

Sure enough, there was Jeff, totally drunk and leaning over the chair I had been sitting in.  There was something strange in his eyes, and I felt myself shudder.  I wasn’t sure what he was doing, but my instincts told me I had to get the hell away as fast as possible.

“Anybody ever tell you you’re real pretty, Anna?” he slurred.

He took a lurching step toward me, and I backed up.

“Real pretty,” he continued.  He kept his eyes fixed on my mouth as he took another stumble towards me.  I tried to back up again, but I hit the wall.  There was no escape—I was in the cooking nook of the kitchen, and Jeff blocked the only way out.  “You know what men like me like to do to pretty girls like you?”

Too quickly for me to stop him, he reached forward and snatched my wrist.  He pulled me to him, looking deeply into my eyes.  His gaze was crazy, and his breathing was ragged.

“Let me go!”  I jerked my arm away from him, but his grip was too strong.  I had never been a fighter, and I was no match for him.  God I hated how weak I was.

“Look at those pretty lips,” he said, the stench of alcohol fuming from his breath and stinging me eyes.  He forced my face to his as he inspected it.  “Real pretty.  You know what I want to do to those lips, Anna?”

He leaned forward, opening his mouth and forcing mine against it.  I felt his repulsive tongue reach out to probe my mouth as I thrashed under him.  My heart hammered in my ears and I tried to scream, but his grip was too strong.  God knows what would have happened next if my mother hadn’t stumbled into the kitchen and found him.

During the ensuing screaming match, I walked like a zombie into my room.  I found a backpack and filled it with the few things I could grab: clothes, food, and the meager money I’d saved.  Before anyone knew what had happened, I had climbed out the window and began my long walk away from that home, never to return.

And yet, though I tried to run away from them, the memories followed me everywhere, haunting me.  Even now that I had run away from home, I never really escaped them.

No, I drowned in them.  They smothered me.

Hot tears welled in my eyes, threatening to flood down my cheeks.  I tried to snap my attention back to the task at hand: find a place to take shelter out of this freezing winter.  Maybe beg for some food or find a nice shed to sleep in tonight.  Alleys weren’t safe this time of year, not now that hypothermia was a real risk.

I marched forward despite the shivering and hunger.

I was a survivor, God damn it.  I may have been haunted by my past, poor and alone on the streets, totally unloved and abandoned … but God as my witness, I would survive.

A few minutes later, as I turned the corner into the seedier part of the town, I found it: a bar full of bikers and their girlfriends.  I grinned like a maniac.  Finally!  These bars were filled with two things: drunk men who wanted to buy you food and drinks and biker girlfriends who wanted to baby you.  These bars were the best way for a teenage runaway to survive on her own (as long as she knew how to work them).

It was ancient and run down, with the wood paneling rotting away and the front patio lit up with old Christmas lights.  I wandered up to it, inspecting all the old posters and road signs that had been hung up in an attempt at decoration.  One new sign was up, this one a harsh neon sign that read:

KING OF THE KAGE

I stopped in my tracks, absorbed by it.  The idea was frightening … but also strangely thrilling.  I had never seen a cage match before.  And maybe, with tonight being so festive, I might be able to haggle a free meal out of this from a sympathetic drunk.  Or maybe even a place to sleep in the back from one of the bartenders!

My grin grew wider.  Tonight was my lucky night.

I pushed into the bar and was blinded by the flashing lights.  The guitar of the blues music playing was loud enough to deafen a girl, and I pressed my hands against my ears to protect them.  The place was packed like a tin of sardines.  Apparently tonight really was an occasion.

I squeezed past biker gangs, old town drunks, and cheaply dressed prostitutes as I made my way to the corner of the room.  That was where the heater usually was, and my fingers were so numb I was sure they were about to snap off.  I took the warmest seat I could find, one at the end of the bar, and rested my head down on it.  It smelled like cheap booze and cigarette smoke, but it was a place to rest, and God I needed that right then.

I lifted my head, surprised that anyone was talking to me.  Next to me sat a hulking, muscled man in an old flannel shirt and jeans.  A cowboy hat concealed most of his face, which he kept down as he played solitaire.  His drink was to the right of him, totally untouched.

“Haven’t you heard?” he asked, his voice gravelly and masculine.  His face was still in shadows, and I longed to rip off the hat and see what lay underneath.  “Tonight’s a fight between Lucas Stone and Mad Thad Richards.  Two best fighters in the country, last I heard.”

His voice was low but powerful enough that I heard its rough tones clearly even over the blaring music and shouts of the bar.  It did things to me I’d rather not admit.

He paused, then looked up at me.

“I ….”  I trailed off.  Jesus, he was beautiful.  That wasn’t a word I used much, but it totally applied to him.  His jaw was sharp and covered in grizzled five o’clock shadow, and his eyes were light and green like polished jade.  His dark hair was swept to the side away from his face, the strands intermingling with scars both old and new.  His nose was crooked as if it had been broken once and never set correctly.  He took my breath away.