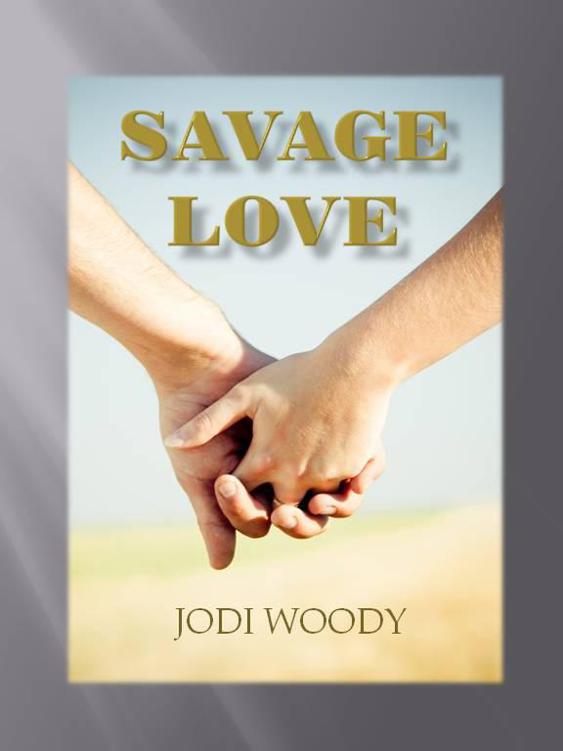 This eBook may not be re-sold or given away to other people. If you would like to share this book with another person, please purchase an additional copy for each recipient. If you are reading this book and did not purchase it, or it was not purchased for your use only, as a gift, then please purchase your own copy. Thank you for respecting the hard work of this author.

All rights reserved. No part of this book may be used or reproduced in any manner whatsoever without written permission, except in the case of brief quotations embodied in critical articles or reviews. Please do not participate in or encourage the piracy of copyrighted materials in violation of the author’s rights. Purchase only authorized editions.

Chapter 2 All That Glitters Is Not Gold

Chapter 6 A Day
Of Rest

Chapter 7 All The World’s A Play

Chapter 17 All Good Things Must Come To
An End

Chapter 18
And Life Goes On

Chapter 20
I Now Am Found

Chapter 21 It Was All
A Dream

Chapter 23 All I Want For Christmas

Chapter 24 ‘Twas The Night Before Christmas

Chapter
25  Between The Rock And Hard Place

Chapter 29 We Know What We Are, But Not What We May Be

Chapter 30 Out Of The Frying Pan

Samantha drove along, trying to enjoy the scenery, when the same old unwelcome thought popped to the surface.
Just what do you think you are doing?
They had been on the road for less than a week, were currently driving through the mountains of Montana, and the same question had been plaguing her since her daughter, Seanna, talked her into this trip.
Richard has only been gone for less than four months and you’re out enjoying yourself! What would Richard say about his perfect wife now? He wouldn’t say anything, because Richard never stuck up for himself…not once in our fifteen years of marriage.
Samantha was a recently widowed, thirty-five year old on her first trip without her husband. She had buried him in March. Now she had just been to his Father’s funeral in Washington and was on a cross country trip with her seventeen year old daughter. For the past couple of hours her past had been rolling like waves in her mind until she thought she might go crazy.

Samantha had been raised in a strict home by parents that did their very best, but were lacking in some areas of love and forgiveness. When she became pregnant
during her senior year in high school, by her boyfriend from Church, her parents had sent her away in shame to an all girls Christian School. Christian in name only the atmosphere of the legalistic religious school was the final nail in the coffin of her faith. Samantha went on, in her strength alone, to keep her baby and finish high school. Her daughter Seanna had never met her birth father and Samantha had never received a penny. She had lost her family and the boy she thought she had loved all by one terrible mistake. One night of passion had changed her life forever. Seanna’s birth certificate said “father unknown.” She had not had the time or the heart to pursue a paternity test on her own. So she worked part time, lived in a small apartment and paid the little old lady next door to watch her little one while she worked and went to school.

In the past year she had discovered more about her family and herself then she had in the past twenty years. Starting with Richard. She was only nineteen when she had met Richard. He ran a small grocery store not far from the campus and he always commented on how cute little two year old Seanna was. Most days when Samantha did her shopping the little girl left with her pockets full of goodies. Richard was almost twice her age and was the friend she needed. Somehow in their conversations Samantha told her story, and Richard never judged, but only showed concern and acceptance. Soon they were seeing each other outside of the store, and were married within the year. He patiently convinced Samantha to go to Church again, legally adopted her daughter and raising her as his own. They had lived a simple life of Church and family. Little by little she had regained her lost faith and her relationship with her heavenly Father. When Samantha earned her teaching degree, she even went to work at the small Christian School at their Church.

He had been a good man, if not a good provider, was ever patient and loving to Seanna. Yet, it didn’t take long before Samantha realized that something just wasn’t right, though she could never quite put her finger on the problem. It wasn’t just that her husband was not attracted to her physically, or that Richard lacked
any
type of passion. He had been a hard worker, continuing to run the small grocery. His big heart made him a sucker for every hard luck story. Yet he never stood up for himself and had trouble making even the smallest decisions. His passiveness in all things became almost more than she could bear. She had tried early in their marriage to talk to him about it but he gotten so emotional and was so insecure that she just didn’t have the heart to hurt him. After all, he had done so much for her and Seanna. So she put all of her time and energy into being the best wife and mother that she could.

Then after he had his heart attack she found out that their finances weren’t what she’d thought. Richard had borrowed against the house to keep the store running. She had had to sell the store and use the life insurance money to get them out of debt and be able to keep their modest house in town.
Shortly after, they had gotten a letter from his mother stating that Richard’s father had passed and begging them to come. Samantha had felt compelled to go for the funeral. Everything crashed around her after that…but suddenly made sense. She had a heart to heart with her mother-in-law. His Mother stating that she needed to know that Richard had forgiven them. She had then proceeded to tell the story of Richard’s life before he moved to Wisconsin. Samantha finally understood why he had never wanted to visit his family and why they hadn’t come to see him in Wisconsin.

In his early college years
Richard had lived the lifestyle of a homosexual. His family had been devastated and had sent him to a counselor who specialized in lifestyle changes. He had broken off his relationship, packed up and transferred to a new college in Wisconsin. He had begun going to Church and started his life over, writing to his parents to let them know about the change. They couldn’t get past his past and never returned a single letter, though Richard continued to write an occasional letter to let them know he was alive and well. Richard had never spoken of his past to anyone in his new life, not even his Pastor. Though he had never been comfortable with intimacy with his wife, he stayed faithful to her and his new found faith in God, and never returned to his previous lifestyle. Samantha believed that even though he had given up the gay lifestyle, he had never been able to truly overcome his past.

If he would have confessed I could have helped him, or at least he could have asked Pastor for help,
thought Samantha.
How our life would have been different if he would have just explained. Well…we all do the best we can and he raised that beautiful young lady sitting next to you. Now stop all this negative thinking and let it go! You don’t want to be a bitter old woman.
Disgusted with her thoughts, she clicked on the radio and started flipping through the static trying to find something to occupy her mind.

She looked over at her daughter curled up in the passenger seat leaning against the window. Seanna was a younger version of Samantha. They were both petite. Seanna was thinner and more
muscular. She was also darker complected and had dark brown curly hair, while Samantha’s was a lighter brown and only wavy. Seanna got her coloring from her birth father who was tall, dark and handsome, while getting her looks from her mother. They both had green eyes with small flecks of gold. Samantha had lighter skin and some freckles scattered across her nose and cheeks. She was just about to wake Seanna up to keep her mind from the frantic roller coaster ride when the car lost all power. She pulled over to the side of the road, the thump, thump, thump of the rumble strips waking her daughter.

“What’s wrong mom? Do you need me to drive for awhile?”
yawned her daughter.

“Not funny
and
not kidding.” Samantha put on the emergency flashers, popped the hood and got out of the car.  Seanna grabbed her cell phone and came around by her mom.

“No service here, Mom. I’ll check your phone. Is it in your purse?”

“It’s in the side pocket, but it probably won’t be any better than yours. You have the fancy phone, I’m the one with the low budget phone for the technologically impaired,” she laughed.

Samantha looked under the hood, not at all sure of what she was supposed to be looking for. Nothing looked out of sorts
that she would know anyway. The only time she had ever looked under the hood of a car was when the salesman insisted she look under the hood when they bought this one. She had taken a leap of faith in making this purchase. Her husband had always handled their vehicles. If it was something Richard didn’t know how to fix he would take it into the shop for repairs. Thankfully, he knew enough that he hadn’t been taken advantage of by shady repairmen.

“Nope, no bars here either. Now what?”
asked Seanna.

“Since we both kno
w absolutely nothing about cars, unless you took auto shop and didn’t tell me about it, I guess we better hope someone drives by. Its 6:15 it’ll be getting dark in a couple of hours. Surely someone lives out here and is on their way home from work,” said Samantha.

“Well, let’s let the
car sit for a minute and then try and start it again. Maybe it got overheated or something. We have been driving through the mountains. Did the temperature light come on?”

“
I don’t remember seeing one. Let me check…no light. How about we break out some snacks and we can give it ten minutes,” said Samantha for her daughter’s sake, while silently praying.
Lord, don’t leave us stranded out here. No phone, no car mechanic. Either start this car, or send someone trustworthy to help.

Seanna got the small cooler out of the back seat and grabbed some grapes and cheddar
cheese as well as a couple of bottles of water. They munched for a few minutes, looking around at their surroundings. They were pretty much high in the mountains and not a house or road was to be seen. After five minutes, Samantha got impatient and turned the ignition. The car coughed and choked and finally started. The girls looked at one another, eyebrows raised and both quickly buckled up. Samantha put the car into gear and took off slowly watching the temperature gauge.

“Whoo, hooo,” shouted Seanna. And right about then the car sputtered and died. There was no time to get the car off the road so there they sat in the far right hand lane.

“Ok, Girlie, let’s see if we can get this dead beast off the road,” said Samantha.