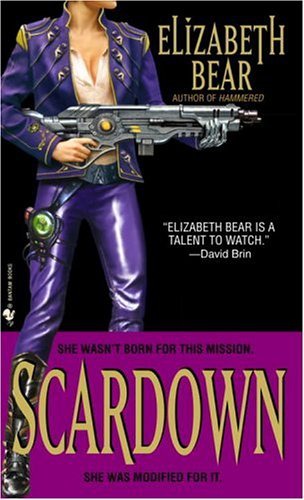 SUMMARY:
The year is 2062, and after years on the run, Jenny Casey is back in the Canadian armed forces. Those who were once her enemies are now her allies, and at fifty, she’s been handpicked for the most important mission of her life–a mission for which her artificially reconstructed body is perfectly suited. With the earth capable of sustaining life for just another century, Jenny–as pilot of the starship Montreal–must discover brave new worlds. And with time running out, she must succeed where others have failed.Now Jenny is caught in a desperate battle where old resentments become bitter betrayals and justice takes the cruelest forms of vengeance. With the help of a brilliant AI, an ex—crime lord, and the man she loves, Jenny may just get her chance to save the world. If it doesn’t come to an end first… 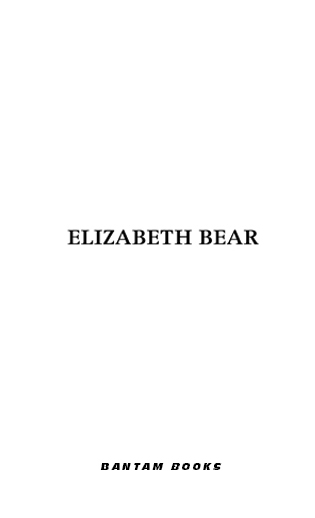 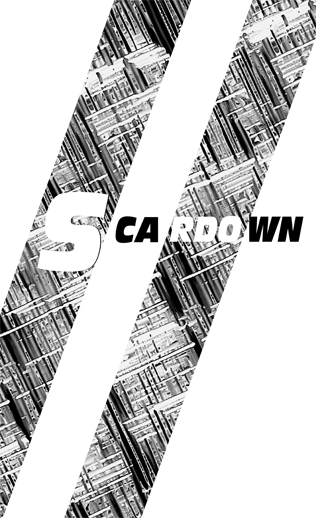 This book is dedicated to
my parents, Karen Westerholm
and Steve Wishnevsky, and
to my grandfather Henry Westerholm,
for the run of their
science fiction collections

It takes a lot of people to write a novel. This one would not have existed without the assistance of my very good friends and first readers (on and off the Online Writing Workshop for Science Fiction, Fantasy, & Horror)—especially but not exclusively Kathryn Allen, Rhonda Garcia, Jaime Voss, Chris Coen, Tara Devine, Chelsea Polk, and Larry West. I am even more deeply indebted to Stella Evans, M.D., to whom I owe whatever bits of the medical science and neurology are accurate; to M.Cpl. S. K. S. Perry (Canadian Forces), Lt. Penelope K. Hardy (U.S. Navy), and Capt. Beth Coughlin (U.S. Army), without whom my portrayal of military life would have been even more wildly fantastical; to Leah Bobet, my native guide to Toronto; to Meredith L. Patterson, linguist and computer geek, for assistance with interspecies linguistic theory; to Dena Landon, Sarah Monette, and Kelly Morisseau, francophones extraordinaire, upon whom may be blamed any correctness in the Québecois—especially the naughty bits; to Sue Yurcic, former Boeing test pilot, for obvious reasons; to Dr. Jacqueline A. Hope, geophysicist, and Dr. Ian Tregillis, physicist, for making Richard sound like I knew what he was talking about; to Dr. Peter Watts, biologist, for helping make the aliens
alien
; to John Borneman for help with my math; to my agent, Jennifer Jackson, my copy editor, Faren Bachelis, and to my editor, Anne Groell, for too many reasons to enumerate; and to Chris, who is patient with the foibles of novelism.

The failures, of course, are my own.

In the interests of presenting a detailed personal perspective on a crucial moment in history, we have taken the liberty of rendering Master Warrant Officer Casey's interviews—as preserved in the Yale University New Haven archives—in narrative format. Changes have been made in the interests of clarity, but the words, however edited, are her own.

The motives of the other individuals involved are not as well documented, although we have had the benefit of our unique access to extensive personal records left by Col. Frederick Valens. The events as presented herein are accurate; the drives behind them must always remain a matter of speculation, except in the case of Dr. Dunsany—who left us comprehensive journals—and “Dr.” Feynman, who kept frequent and impeccable backups.

Thus, what follows is a historical novel of sorts. It is our hope that this more intimate annal than is usually seen will serve to provide future students with a singular perspective on the roots of the civilization we are about to become. 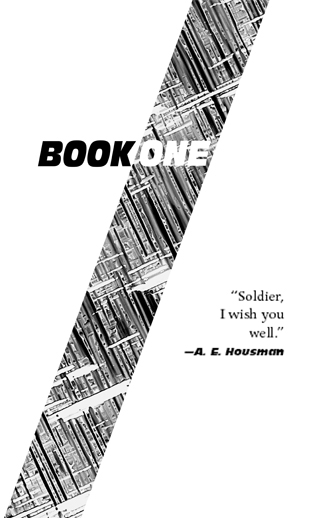 The
Montreal
has wings.

They unfurl around her, gossamer solar sails bearing a kilometers-long dragonfly out of high Earth orbit and into the darkness where she will test herself, and me. She's already moving like a cutter through night-black water when Colonel Valens straps me to the butter-soft leather of the pilot's chair and seats the collars. I'm wearing the damned uniform he demanded; it's made for this, with a cutout under my jacket for the interface.

Cold metal presses above my hips, against the nape of my neck. There's a subtle little prickle when the pins slide in, and my unauthorized AI passenger chuckles inside my ear.

Gonna be okay out there, Dick?

“With a whole starship to play in? Sure. Besides, I have my other self to wait for. Whenever Valens lets him into the system, pinions clipped.” He grins in the corner of my prosthetic eye. Virtual Richard. I'll miss him. “I'll go when you enter the ship. They'll miss me in the fluctuation.”

Spit-shined Colonel Valens raises three fingers into my line of sight. I draw one breath, deep and sweet, skin prickling with chill and cool sweat.

My body vanishes along with Valens, the observers, the bridge. Cold on my skin and the simulations were never like this. Richard winks and vanishes, and my head feels—empty, all of a sudden, and ringing hollow. It's strange in there without him. And then I forget myself in the
Montreal,
as the sun pushes my sails and the stars spread out before me like buttercream frosting on a birthday cake. Heat and pressure like a kiss gliding down my skin, and the
Montreal
's sails are eagle's wings cradling a thermal.

I pull the ship around me like a feathered skin and
fly
.

Valens's voice in my ear as Richard leaves me. “All good, Master Warrant?”

“Yes, sir.” I hate the distractions. Hate him talking when I'm trying to fly. The simulations were mostly hyperlight; I didn't get to play much in space I could see. Only feel, like the rough curve of gravity dragging you down a water slide, and then the darkness pulling you under.

This is
fun
.
Richard?
I don't expect an answer. He's gone into the ship, part of the
Montreal
now with her cavernous computer systems and the nanotech traced through her hull, her skin, wired into my brain stem so her heartbeat is my heartbeat, the angle of her sails is the angle of my wings.

02 Madoc by Paige Tyler
The Arcanum by Janet Gleeson
Young Samurai: The Ring of Sky by Bradford, Chris
The Prince's Unwilling Lover (The Royals of Monaco, #1) by Leslie North
Wounded: Book 8 (A Rylee Adamson Novel) by Shannon Mayer
Wild Aces by Marni Mann
And Blue Skies From Pain by Leicht, Stina
Finest Hour by Dr. Arthur T Bradley
Buried Flames by Kennedy Layne
Gift from the Gallowgate by Davidson, Doris;