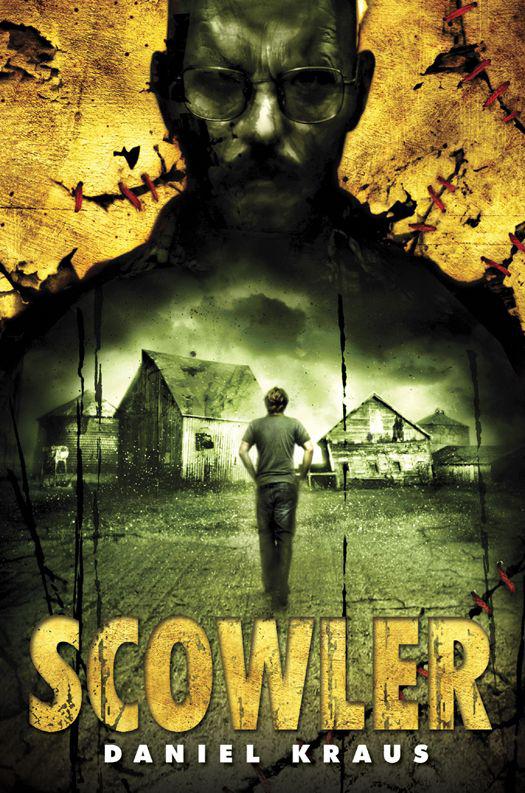 Visit us on the Web!
randomhouse.com/teens
Educators and librarians, for a variety of teaching tools, visit us at
RHTeachersLibrarians.com

From August 23 to 24, 1981
, at least three large meteorites landed in southeastern Iowa. A prison, a farm, and a bridge were damaged in the impacts. Smaller fragments are still being discovered to this day.

A
tooth was missing and that was never a pleasant thing. It was going on thirty minutes that Ry and Sarah had been after it. When the tiny white kernel had shaken loose from her mouth, Sarah had been staring up at the sky, something she did these days with escalating frequency. The brilliance of the cloudless blue seemed not to faze her, nor did the nip of the heavy and sluggish mosquitoes. She would go blind that way, and Ry knew that was bad; also bad, though, was the unhappy notion that this flat, dull stretch of moribund farmland contained a realm of fascination that in all his years he’d been either unwilling or unable to notice.

What she was looking for were meteors. According to the radio, Sarah was a good eight or nine hours early, but none of the estimates had addressed whether or not you could see
meteors during the day. Sarah was just covering her bases. Most kids her age had long forgotten their teachers’ reminders of this celestial event from back in June, because those reminders had carried the unpleasant whiff of homework. Not Sarah. She had stayed up late in April to see the luminous trains of dust cast from the Lyrids; she’d had a fit when a July thunderstorm had robbed her of watching the Delta Aquariids; and two weeks ago she had noted all thirty-four Perseids she’d seen by making hatch marks in a spiral-bound notebook. But the passing of the Jaekel Belt was the big one, a cosmic event so rare she’d not witness it again until she was an unimaginable forty-four years old. To be safe she’d started craning her neck days ago—she was well aware that trusting the estimates of small-town schoolteachers and radio personalities was risky.

Interrupting this rigorous scientific observation was an event less rare but almost as exciting: the falling of a baby tooth. The cuspid had dropped while Ry had been busy uprooting the rusted Cardan shaft of a long-dead baler from the dirt, and who knows how long Sarah had gone before noticing the line of pink blood that crept down her neck. It was only when Ry barreled the soft beam of metal into the drainage ditch and whooped in victory did his sister come alive. She touched the blood and showed it to him.

Ry wasn’t dumb enough to think that his sister believed in the tooth fairy; rather, she believed in money as she believed in nothing else. They all did. It was the thing that had been draining noisily from the farm for a decade now, for Sarah’s entire life, and Ry knew that she hungered after it like a pirate. The whole thing was ugly and he didn’t like to see it; his sister was eleven, pigeon-toed, proficient at dirtying
clothes within seconds of donning them, and blessed with cerulean eyes and the downy blond crown of an angel—she was the kind of kid who stared up at the sky in hopes of seeing something from storybooks. It troubled Ry that Sarah’s dreamy guilelessness was boned with the sharp and cornered calculations of a handful of grimy coins.

Stiff mufflers of August heat wrapped around their necks and bleak exhales of dust bloated about their ankles as they scuffed their toes through the dirt of the McCafferty Forty. This field and the five others bordering the farm had once commanded dizzying ranks of corn, soybean, hay, wheat, oat, and sorghum. Countless times in the past, Ry had put his hands to the dirt and felt for the hidden heartbeat, but it had been as futile as searching for meteor trails in broad daylight. Only his father had ever had the ability to speak to the land.

Marvin Burke was a man whose shadow still chilled the entire county. Merchants and neighbors alike had brandished a distrust of the man of the wolverine manner, the obliterating handshake, the features that never stopped moving—pulsing veins, twitching mustache, a rubber grin that delivered the nonstop soliloquies. Marvin Burke talked too much; he was too tall, too thin; his muscles were too rangy; his head was shaved down to a gleam they found unnatural. They suspected the man was a horror and they were right.

Ry had known that what his father did in the privacy of their home was unspeakable, but how could he or anyone else dare to stop him when Marvin Burke was the one who kept the sun rising and falling, kept winters from falling too harshly, kept late-spring frosts from shriveling the delicate yellow buds peeking through the soil? Ry had visceral memories of sitting beside his father in the combine cab, their stoic
cattle dog, Sniggety, further crowding the quarters. His father would push back his thick square glasses and orate so enthusiastically that the wide gap between his two front teeth appeared to melt into the black mustache and form a huge open hole in the center of his face.

From this hole would pour forth desperately important information about the functioning of the machine’s cutter bar and crop elevator, as well as broader lessons about acreage, not just of their farm but of the neighboring properties too, and how the Burkes had just the right amount of land while the surrounding fools had too much or too little to produce anything but ruin; about patterns of planting and harvesting and rotation; about how to treat your cattle—they’re not, after all, goddamn pets. Eventually his father’s stream of chatter gave way to the humming of a song, the same one day after day and year after year, something tuneless and belligerent and exactly one bar long—
hmmmm hm hm hmmmm
—and that was Ry’s cue to edge away and turn his head to watch the monsters of dust swelling in the machine’s wake.

When Marvin was locked up nine years ago, when Ry was ten, the farm should have gnawed itself to the bone in mere days. Marvin had never given his wife insight into his sorcery, so she only knew of the farm what could be printed in black and white, and she shouted these banal clumps of information from porch steps and barn doors and fence posts in indignant tones, as if their repetition and volume could somehow disguise her total lack of mastery. Not one of these shouts possessed the power of a single hummed bar of
hmmmm hm hm hmmmm
. After a time, the hired hands began showing up late and taking extended smoke breaks. Not two years after
Ry’s father was put away, the lead hand quit. Days after that, the others approached one by one with their hats in hands.

The dirt became just dirt. It quit clinging to roots, ceased soaking up manure, stopped drinking rain, and spat seeds. The Strickland Sixty vanished in a fell swoop, victim to a season of soy that slithered above ground like worms. Two years later, the Horvath Property was decimated when a lightning strike enveloped the lower portion in a blue fire that rushed across the dry wheat with hellacious speed. And that was how it happened, the excruciating piecemeal amputation of their land. Ry’s mother tried to sell portions, but the offers were insulting. She chose instead to let the grounds overgrow and smother.

The cracks in the dirt now yawned to proportions slutty with thirst; in all likelihood, Sarah’s tooth had fallen into one of them. Ry wondered if he should feel some comfort in Sarah’s loss. Her tooth had been planted like a seed, and it had been years since this field had been fed as much. Now the entire farm was up for sale, and soon they would be transplanted to some desultory house in Monroeville or October or Bloughton. A house—that was if they got lucky with an offer. More likely was an apartment. Ry could barely conceive of such a thing. He glanced at his sister, maybe fifteen feet away, and tried to imagine her growing into a long-legged young lady within such cramped confines. He returned his face to the dirt. His heart hurt; he could actually feel it hurt. What was the use of resisting? He wiped sweat from his neck and transported it in a cooling wave to his shaggy brown hair. A fallen tooth in a carpeted apartment would at least be easy to find.

It amazed Ry how after eleven years of being subject to her mother’s hollering, Sarah still managed to muster genuine alarm.

“Then why didn’t you yell back?”

“Don’t blame me. It’s not my fault I have baby teeth. If you lost your teeth I’d help you find them.”

“Go fucking ahead. Have a fucking ball, fucko.”

“Anyway, I know they’re called deciduous.” She stood up straight and gathered her hair in a motion of startling femininity. Ry didn’t know where she came up with these displays of womanhood. Television seemed the most likely culprit. Kimberly from
Diff’rent Strokes
struck him as especially ladylike as she pranced around her cream-colored and pillared penthouse—now,
there
was an apartment. Of course, it was always possible that Sarah had learned such gestures from their mother, but at the moment Ry couldn’t recall a single time their mom had moved in any way that made her hair or hemlines dance. If such behavior had ever existed, her
husband had beaten it out of her. And after that the farm had taken up the strap.