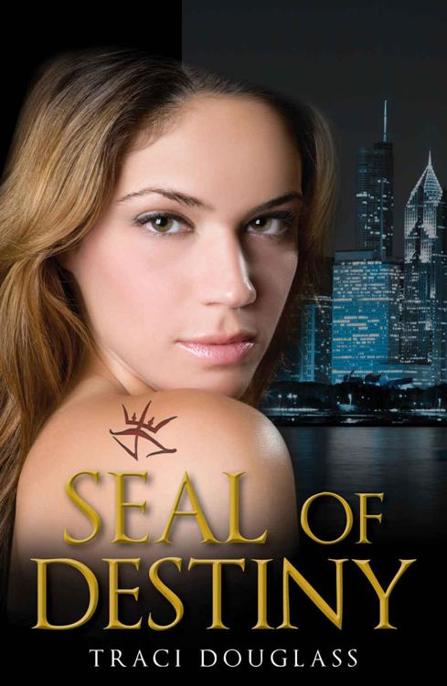 Amazon, the Amazon logo, and AmazonEncore are trademarks of
Amazon.com
, Inc., or its affiliates.

This title was previously published by F+W Media; this version has been reproduced from F+W Media archive files.

To my mother, who invented “Destiny”

To all those who believed in the dream …

“When the first Seal was opened, I heard the noise of thunder and beheld a white horse. They that sat on him had a bow and a crown was given unto them. They went forth conquering, and to conquer.” — Revelation 6: 1-2

It always started with the stench.

Mira Herald strapped on her extra-small, hot pink sparring gloves and prepared to assault the heavy bag, replaying the horrors of her nocturnal freak show. Fight training had become her refuge, her armor against the vulnerability of a petite frame and the accumulated scourges of abuse. Now she’d use her skills to battle this new siege. With a sniff to chase away the lingering odor of sewer, Mira began her attack.

Pop, pop, pop.
Each strike brought forth a new detail of her long-recurring dream. Mud-caked clothing. Iron cuffs locking her in place. The warbling, off-key tune of some obscure lullaby.

She switched to a series of six-jab combos, the bag morphing into the image of her after-dark tormentor. Thin lips. Yellow, jagged teeth dripping with spittle. The diseased, greenish tone of his flesh, veins dark and bulging beneath its mottled surface. His forked tongue that flicked out against her cheek like a serpent scenting its prey.

Muscles burning, Mira ignored the pain and continued to pummel her phantom assailant. His emaciated frame dwarfed by a dingy white leisure suit and the wrinkled, stained dress shirt beneath. Sulfuric ooze dripping from beneath his pant legs to stain the ground before he descended. The taunting smarm of his Cockney drawl.

Bob. Weave. Cross.
A guttural moan, the desperate keen of an addict jonesing for his fix. Mira’s mind blurred the sleepscape with visions from her own trailer-park-trashed childhood. The sad extinction of her dearly departed innocence. A twisted Dickens tale courtesy of the state’s family-for-hire foster care system.

Mira executed a perfect roundhouse kick and the bag teetered wildly, the ceiling creaking to support its heft. She grabbed it in a bear hug to slow its swing. Lounge demon defeated — for now. Her years of self-defense had served her well as the nightmares became increasingly vile. The episodes replayed every night and now invaded her waking hours too. Worse, the return to reality grew more difficult with each sojourn. Mira couldn’t remember the last time she’d gotten a solid eight hours of uninterrupted sleep. She was so damn tired.

For the umpteenth time, she wondered if insanity ran in her family. Then, grunting, she shoved the punching bag away and stomped toward the bathroom.
You don’t have a family, dumbass.

She stepped into the scorching hot shower and tried to scrub away the revulsion from her captor’s touch. It didn’t help. Her disgust turned inward, morphed into the more familiar, unsettling torment of childhood abandonment. Why would someone — her birth mother, say — leave a newborn at the ER entrance with no note, no way to cope, no link to the world beyond? Mira jammed the shower off. Didn’t matter anyway. She didn’t need a family. She didn’t need anybody.

Mira strode into the bedroom and surveyed the clothes in her closet before tossing out a clean pair of jeans and a hot pink T-shirt. The cute tanks and faded denims tucked away in the corner stirred a pang of sadness. She crammed it deep, out of reach. She didn’t wear those clothes anymore. They revealed too much. At sixteen, she’d reveled in her blossoming figure. Twelve years and one brutal violation later, she knew better. Now she dressed for defense. Mira pulled on her self-imposed uniform then moved to the edge of her bed to lace on her steel-toed combat boots. Barriers in place, she was ready to tackle the outside world.

She suppressed a yawn and bustled to the kitchen to fix a cup of coffee in her chipped happy face mug and check her phone. Only one person ever texted. The only person who’d never betrayed her. Zoe. She smiled when the message flashed across the screen.
Meet you at the platform. Need caffeine.

Mira plucked her oversized coat off its hook on the wall and bundled up, her chest squeezed by a familiar sense of foreboding. Yet another pleasant side effect of the nightmares. After a firm mental shake, Mira locked the door and sprinted to catch the train at the nearby station.

Kagan sprawled naked among the sheets of his disheveled bed, skin sheened with sweat. The spectral images remained. He wiped the perspiration from his face and tossed the damp sheet aside, stalking to the bathroom and flipping on the shower. The near-scalding water ran over his tense muscles but did little to relieve his rabid unease. He slammed his fist against the native travertine. “
Basta
!” Why? Why, after all these centuries, was he forced to relive the moment of his greatest failure — and his ultimate redemption — on a nightly basis?
He hated the unredeemable guilt knotting his gut. The torment had dogged him for weeks now, same as the dreams.

He toweled off and slung the wet towel around his hips before grabbing his toothbrush. Memories played against the sink’s white porcelain backdrop while he scrubbed.

Following the initial shock of bestowed immortality, Kagan had embraced his new life as a Scion warrior. The regimented training and brotherhood provided him with both a family and a purpose. Yet even a millennia later, he still yearned for things beyond the battlefield. Things impossible for a man like him. He was honed for battle and war, not the comforts of home and family.

He glanced at his reflection, toothpaste dribbling down his chin. He craved a summons. Needed one to feel a part of something again.
Dai!
A century of solitude was too long.

Kagan jammed the toothbrush into its holder and turned to leave. A sudden burning on his abdomen stopped him short. He frowned at the sigil below his navel. Divinity had branded each of the brethren and used the marks to summon them like a sacred paging system. On cue, Kagan’s mark glowed golden-red. The signal of an impending conveyance.

A bright light exploded in the confined space of the bathroom and a vortex opened behind him. A grin cracked his previous scowl.
Grazie Divinita
. The wet towel slid off his hips, falling unheeded to the floor when Kagan disappeared in the maelstrom.

Relieved to be back in rotation, Kagan speculated about the nature of his new assignment. War was a constant plague of humanity, yet his considerable skills had been virtually ignored of late. Security, surveillance, and spooks were the orders of the current day. While he loved a good automatic weapon as much as the next warrior, Kagan missed the hand-to-hand conflict of old.

As he waited, he surveyed his surroundings with curiosity. Despite his century in exile, the white marble room remained the same, gleaming with a constant glow of energy. The enormous room stood empty save for a large, flat-screen monitor covering an entire wall, the display alight with scenes from every corner of planet Earth. Divinity’s Mission Control.

“Divinity,” Kagan said with a deferential nod and a wink meant to charm. Soon Xander followed, the only Scion older than Kagan himself. He registered his commanding officer’s disapproving glower. What could possibly have set Xander’s ire boiling? He’d only just arrived. Surely one wink wasn’t worth all this. An errant breeze tickled his nether regions, and his misstep registered.
Dolce Cristo!

“Kagan, where the hell are your clothes?” Xander’s raised hands forestalled his response, the twitch of his lips hinting at suppressed amusement. “No. Wait. I’m sure I don’t want to know. Perhaps you’ve spent too long secluded in sunny Tuscany, eh?”

Xander materialized a robe from the ether. Kagan caught the tossed bundle one-handed. “
Grazie
, Xan. Thought it was a bit breezy in here.”

“Sorry to interrupt your reunion, but we’ve got plenty to discuss and little time, gentlemen,” Divinity’s clipped tone mirrored the clack of her heels on the marble floor. Both men followed her across a grand foyer into a cozy, fire-warmed den. She faced them at the mantel, arms crossed and toe tapping, no-nonsense as always. “Kagan, I need you to protect something.”

A handmaiden arrived, bearing a tray with three brandy-filled snifters. Kagan grabbed his and settled into a leather wing chair before the crackling fire. “A new weapon?”

Divinity sipped her beverage before answering. “Yes, I suppose they could be used for weapons if certain people gained control. But they’re hardly new, Kagan. The Seals are older than you are.”

Xander took residence in the chair beside his. Kagan scooted forward. “Wait a minute. You mean
the
Seals? As in ‘death, destruction, and total annihilation’ Seals?”

“Those are the ones.” Xander gave him a brief nod then did a double take. “And shut your damned robe before I close it for you
permanently
.”

“
Mi scusi
.” Kagan straightened the garment with a smile and shot Divinity another wink. “Come now,
mio fratello
. Admit you missed me. And Divinity is, well … Divinity.”

She toasted him with her snifter. Xander rolled his eyes and focused on the blaze, his tone turning grave. “Kagan, what do you remember about the Seals?”

Always one for brevity, Kagan waited in silence.

“Seems you’ve suddenly forgotten your tongue, brother.” At his lack of response, Xander continued, his fingers tapping on his glass as he regarded Kagan with supreme annoyance. “Permit me to remind you, then. Each time a Seal is opened, a new disaster is unleashed, culminating in the final Apocalypse. The first Seal triggers the beginning of the end.”

Instincts now on high alert, Kagan sifted through the clues surrounding him: Xander’s drawn features and prevailing edginess; Divinity’s cut-crystal stoicism despite Kagan’s attempts at charm; the palpable tension crowding the room like Hannibal’s elephants. They all indicated a forthcoming
mostruoso
of a crisis. His anticipation welled. This would be a good summons after all. He took a long draw off his smooth liquor and awaited the impending explosion.