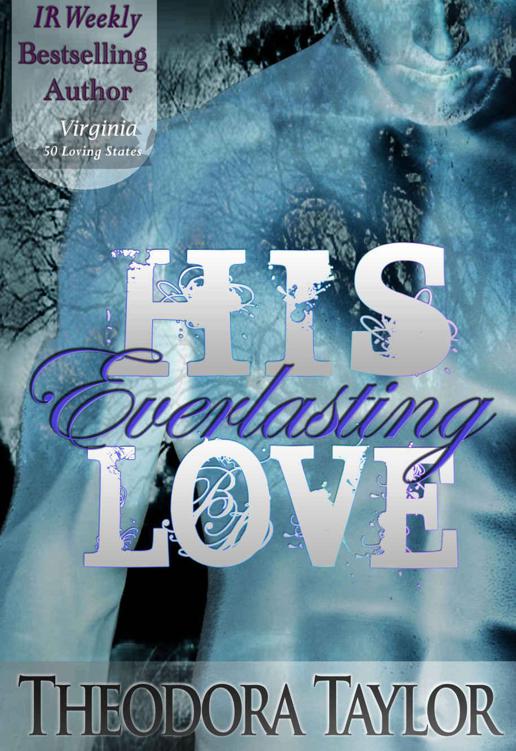 Love IR Romance?
Subscribe to The IR Weekly Bestseller List
and get the hottest sellers in IR delivered to your inbox every Thursday!

Click here
if you only want to hear from Theodora when she has a new release, freebie, or sale! And
click here
if you’d like to join the Double T Review Squad!

Sawyer couldn’t stop looking at her.

Even when he tried to stop. Even when he ripped his eyes away, and put a whole lot of concentration into listening to what his friend Donny was saying.

And he should have been listening to what Donny was saying. The things he was telling him were important. Life and death important. And Donny had stuck his neck out to make sure he got a custom Harley he could drive with his prosthesis. He should be listening to every word coming out his old football buddy’s mouth.

In fact, only a few seconds after deciding to pay attention, his eyes drifted back to the black woman on the other side of the dealership, sitting in one of the sales cubicles.

She had a piece of paper in her hands, and her face told a story about how much distress it was causing her to read the numbers written on it. On the other side of the desk, Donny’s dad—Donny Sr., a potbelly with a bad comb-over—seemed to be offering her some sympathy.

But he was full of shit. Sawyer could tell. Donny Sr. wasn’t a politician, but Sawyer had spent enough time with his dad’s cronies to know fake sympathy when he saw it. Know it and hate it. This guy reminded him of every Republican who’d ever offered him a syrupy thank you for his service and sympathy for his leg, while trying to figure out how to use both to the Party’s advantage.

“What’s he trying to sell her?” Sawyer asked Donny, interrupting him mid-point.

“Who?” Donny questioned back, looking around the dealership, even though there were only two customers there: Sawyer and the woman he couldn’t stop staring at.

“Oh, Stork!” Donny said, peering over at her like he’d just realized she was there. Bullshit. Donny knew the history between her family and Sawyer’s. The whole town did.

“Yeah, Stork,” he answered. He’d given her that nickname, he vaguely recalled. She’d been skinny in high school and taller than most girls. Like a stick you’d half expect to disappear from view if she walked behind the wrong wooden electrical post. Shy, too. With a stutter. All too easy to make fun of, really. She’d given him plenty of material to work with.

But she wasn’t skinny now. She was wearing yoga pants and a t-shirt, which made it easy to tell how nicely she’d filled out over the years. Her skinny frame and flat chest were replaced with a full set of hips and what looked like more than a handful underneath that t-shirt. Instead of the small afro she’d had in high school, she wore her hair in long, thin braids twisted into an efficient ponytail that hung low on her nape.

Donny squinted, seeming to conduct some kind of special car salesman body language translation of the conversation she was having with his dad.

“From the looks of it, she’s got bad credit and Dad’s giving her the old ‘your job’s your credit, so we’re going to let you have this car with a twenty-percent interest loan’ speech.”

Donny shrugged. “People who don’t take care of their credit get used to having to pay a lot more than decent folks who know better. Folks like you and me.”

Yeah, Sawyer got what he was saying. His father had made a version of that same argument a few years back when his party killed a credit relief bill that came up for a vote. But damn, twenty percent! That was a goddamn gouge job if he’d ever heard one.

Stork seemed to feel the same way because she was shaking her head at Donny’s dad before he was even done with his pitch. Sawyer leaned in, wondering if she still stuttered.

But then she suddenly stopped, her whole body going still. As if she’d just seen a ghost.

Or realized she was being watched
, he corrected with a mental curse when she slowly turned her head toward him.

Her eyes widened when she spotted who was staring at her. Yeah, she probably hadn’t expected to find Sawyer Grant, the best running back Greenlee county had ever seen, staring her down in their small town’s only car dealership.

Plus, it had been nearly thirteen years since he’d set foot in the county his mother’s ancestors had founded. Literally one foot since the Landstuhl docs had relieved him of the other one along with the bottom half of his leg six years ago. So yeah, she had lots of reasons to look surprised when she caught him staring at her.

I’m probably creeping her out. I should look away.

However, he didn’t have to. Her eyes only skittered over him for second before quickly dropping back down to the paper in her hands. But she seemed flustered when she returned to her negotiations with Donny Sr.

“She’s arguing with him,” Donny said beside Sawyer. “Might get him down to fifteen.”

That wasn’t great either. He knew the dealership was a business, but he still didn’t like the idea of them charging Stork Harper that much interest on a car—one she probably truly needed since she hadn’t thrown that paper in Donny Sr.’s face and walked away as soon as that twenty percent fell out of his mouth.

None of your business,
he reminded himself. He forced his eyes back to Donny’s now jowly mug and asked. “Can I ride the bike out of here or do you need me to test it first? Prove I can handle it with my gimp leg.”

“No, no, man, I believe you can handle it,” Donny answered with a chuckle. “And sure, you can ride it out. We got it all gassed and cleaned up for you…”

Sawyer’s eyes drifted back to Stork and Donny’s dad. The guy was leaning back in his seat now. The sympathetic look a touch harder as he shook his head. Probably giving her some line about how fifteen percent was the best he could do and no lower than that.

She appeared to be taking in his slightly lower offer, but then…

Her eyes drifted to Sawyer again. Brown eyes locking with his brownish-green ones, and for a moment it felt like there was some kind of magnetic thread between them, humming with electricity.

That is until she once again quickly glanced away. It looked to Sawyer like she was redoubling her efforts to pay attention to Donny Sr.’s shitty offer.

None of your business
, he reminded himself. Again.

But then he heard a voice that sounded just like his ask Donny, “What kind of car is Stork looking to buy anyway?”

HE’D TOLD DONNY to wait until he was clear of the dealership before they told her what he’d done. But Donny probably didn’t get a whole lot of chances to play the bearer of good news as opposed to the fake kind car dealers were always pretending to have. As Sawyer turned his new bike around in the parking lot, he could see Donny through the collection of glass windows that made up the entire front wall of the dealership. Already running over to his dad’s desk like one of those Helpful Honda Guys.

Then they were all staring at him as he drove past on his new bike.

But he didn’t care about Donny and his dad. Only about her. And instead of peeling out of there as originally intended, he found himself slowing down. Actually wanting to see her reaction.

Actually wanting to watch her watch him leave.

Her eyes stayed on him as he rode out, confused and troubled. Not nearly as happy as you’d expect a woman who’d just found out she was getting a new Chevy Volt absolutely free. Probably to be expected. He’d been nothing but an asshole to her in high school.

So why couldn’t he tear his eyes away from her now? He even looked back over his shoulder after he drove past the window. Stealing a few more glimpses before he had to either force his eyes back to the road or risk wrecking his brand new custom bike.

Willa arrived home still in a state of shock.

He’d bought her a car.
Sawyer Grant
had bought
her
a
car
. She still couldn’t wrap her head around it, unless…

No,
she told herself, pushing through the front door of the modest two-bedroom brick house she shared with her sister, mother, Trevor, occasionally her grandfather, and a whole bunch of books.
It couldn’t be that.

Her thoughts of Sawyer were cut short when she walked into the childhood bedroom she still shared with her sister. Thel was standing at the room’s only window with a cup of tea in her hand, staring through the dirty glass with a forlorn expression on her face.

“What’s wrong?” she asked her sister.

Thel looked up, surprised. She must not have heard her come in.

“Sorry, I didn’t know you were rehearsing,” Willa said.

“Rehearsing” was what Thel called it when she got to concentrating on a piece so hard, she couldn’t hear or see anything else. But to the rest of the world it just looked like she was drinking tea and staring into space.

“I wasn’t,” Thel answered, her voice distant. Her eyes flicked back to the window and she was quiet for a long while. Then she said, “Trevor’s with Marian. They went into Richmond to look at some book she found on Craigslist.”

The Other by David Guterson
The Front of the Freeway by Logan Noblin
My Kind of Girl by Candace Shaw
The Dragon Stirs by Lynda Aicher
I Want by Jo Briggs
The Wrong Side Of The Tracks (Leighton) by Austin, Amanda
The Girls Club by Jackie Coupe
Deadworld by J. N. Duncan
The Namesake by Jhumpa Lahiri
Absence of Faith by Anthony S. Policastro