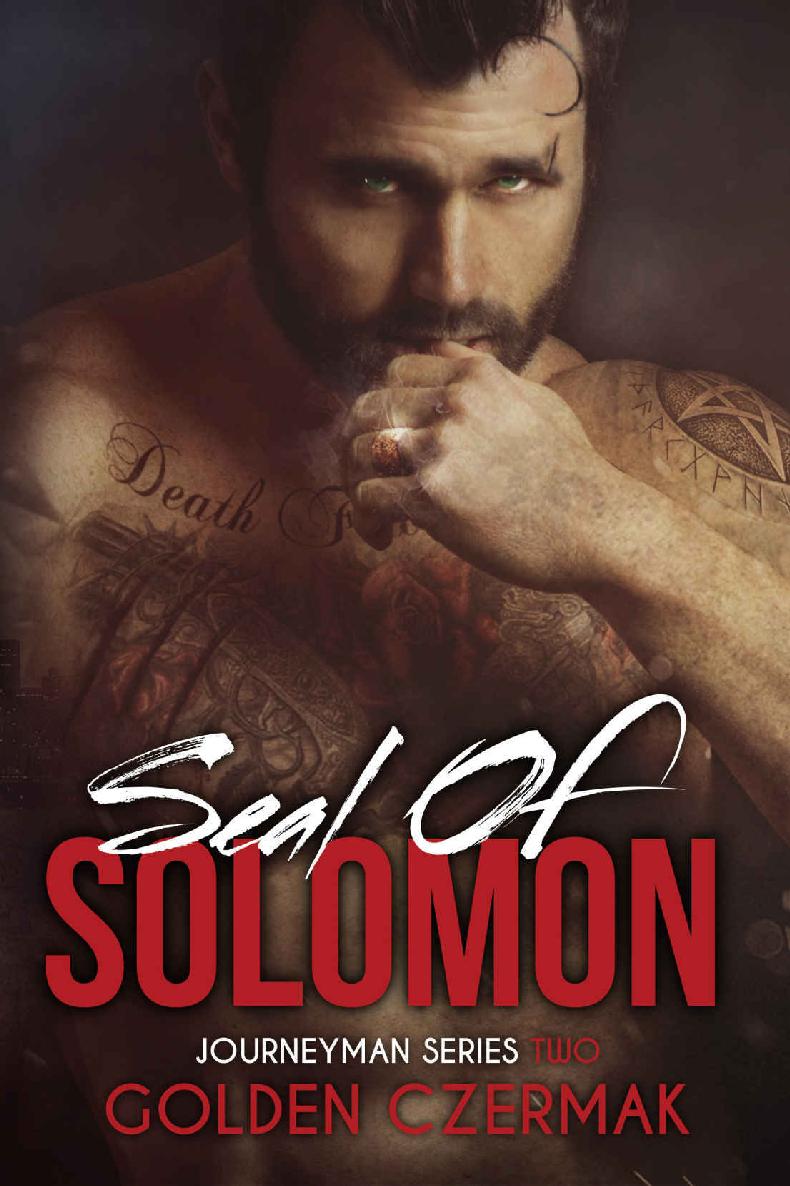 Other Books by Golden Czermak

This is a work of fiction. All characters, organizations, and events portrayed in this novel are products of the author’s imagination and/or used fictitiously. All Rights Reserved.

In accordance with the United States Copyright Act of 1976, the scanning, uploading, or sharing of any part of this work without the permission of the copyright holder is unlawful theft of the author’s intellectual property.

WARNING: This book is for mature readers only. Not for children. It contains adult themes, violence, coarse language, sexual situations, nudity, and paranormal themes.

Eric, you did it again, listening to my constant nagging and moaning while fielding questions on the strangest of things. Love you.

Caylan, our bond and friendship mean the world to me and because of you, I am a better photographer, now author, and person. I'm not afraid to say that I love you, too.

Jake, my inked OG brother! Thank you for being there for me when needed and supporting me since the day we met, telling me straight up things that I may not want to hear or admit. Family is forever and since we've been together since this first started, you're a testament to that! Even if you're a badass demon at heart.

Nick, thank you for being Joey. To say he was a beloved character from
Homeward Bound
is like the tip of an iceberg. Your friendship is important to me and I can't wait to see where the road leads. #TeamJoey #MaybeTheRoadLeadsToOrangeJuice

Dylan, aka Marcus. I think you know when I say that you've become a close friend that I mean it with all my heart and more. Thank you for the support and drive! #DDC.

Kellie, thank you so much for your diligent efforts in making my first book what it is today with your editing. Your comments during the review fueled me to make this book that much better. Much love!

Cassy, to say I was impressed with the formatting delivered on
Homeward Bound
is the understatement of the year, possibly decade. Thank you so much for your support and hard work in making these look amazing.

Jase Dean, thank you so much for agreeing to be a part of the spinoff series coming next year. The moment I envisioned Ralph Gideon, you were him.

BT Urruela, what can I say? Being included in your Broken Outlaw series is one of the greatest honors. You’ve become such a loyal friend and brother to me, working with you on your solo novel adventure and including you as Nathaniel Cole in the Journeyman series is something that means more than words can tell. Thank you! #IntoTheBlood

To the Authors in the City 2016 crew who helped me devise some elements in one of the chapters, let's have a round at Tatum’s on me next time! #DrunkenCardiologist

Finally, to everyone who supported Homeward Bound, be you a fellow author, blogger, or reader: thank you. This entire venture would not be possible without your tireless support.

THE DRIVING RAIN
smashed against the fractured windshield of the GMC quad cab as it raced down US 287, pavement whooshing by with a thunderous roar. A set of dented fenders, splintered headlamps, and a shredded bumper lead the way through the deluge; the old truck looked like it had been through hell and back.

Which, as so happens, it had.

The escape from Denver was not easy, the terrible events there weighing heavily on the driver’s mind. Grasping the steering wheel tightly with both hands was a large man, topped with a bushy mop of black hair that matched the stormy clouds and his bleak disposition. The tank top he wore fit tightly over his substantial chest – tainted a rusty brown from deep gashes underneath and also the fluids of many dark creatures that had gotten in his way. This man was skilled at making sure they would not be bothering anyone ever again – their lifeblood spread across the past five hundred miles.

A heaviness continued to bear down on Gage Crosse as he squinted through the downpour with his weighty green eyes. Right then, it would be all too easy to shut out the world and drift off to sleep, but he fought off the urge to fully close them. He was used to battling all kinds of supernatural creatures, but this time, things were different; their numbers were far more extensive and wave after exhausting wave came at him, leaving barely a chance to breathe.

There were things he was experienced within the hordes, werewolves and demons being the mainstay, but amongst the rest were horrifying creatures, so new they hadn’t been given names or entries in any lore book. Yet, despite overwhelming odds, Gage had once again managed to pull through – still alive, still breathing, and still able to feel emotions.

For the last hundred or so miles, the route had been clear of any confrontations, though a pervading sense of dread hung overhead like the dark and wet sky. He let out a sigh of relief, welcoming the respite no matter how brief. Looking over his baby, the battered GMC was probably not going to withstand many more attacks.

They know where you are going, Gage,
a nagging voice whispered in the back of his mind.
They’re not just going to let you go.

As right as the voice may be, he tried to ignore it, focused instead on staying steady while the wind whipped the cab from side to side. It was still a challenge to see much of anything ahead, the windshield wipers barely having any effect on the torrent. One thing was certain – their incessant noise was contributing to a mounting headache with each successive
thump
.

As the wipers continued beating, a sharpness arose at the back of his neck. All too familiar, he reached around to tweak the spiked chain that hung across it. This had been happening since he left Denver and it was growing tiresome, the feeling coming and going at chance intervals.

Truth be known, what he really wanted at that moment was to be behind the safe walls of the Lodge and off of this infernal highway. Hopefully there, the effects he was experiencing would be diminished and, for damn sure, no monsters would be lurking. Despite those wants, reality slapped him with a cold, hard fact; the fulfillment of those desires remained over three and a half hours away.

The silver amulet attached to the chain began to grow heavy, dragging downward as if it were trying to cut its way clean through his neck. He took a hand off the steering wheel, moving to adjust the chain.

As soon as the ends of his thick fingers touched the polished metal disc, there was a flare and he was whisked away from the highway.

A tinny smell filled his nostrils and there in front of him was the visage of a lifeless woman spread across mounds of debris in a once splendid country kitchen. Her graceful brown hair was soaked through with blood. It was Adrienne, his dearest, and although the scene was pure carnage, her face maintained its beauty – still as wondrous and delightful as he remembered. To him it looked as if she could have been sleeping peacefully amidst the rubble… but he knew that she was not.