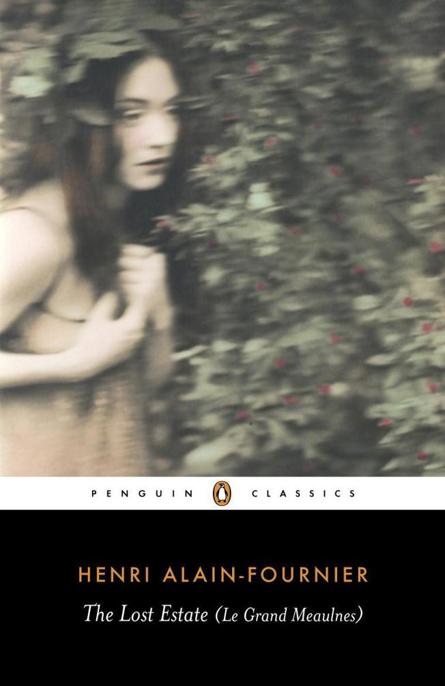 ALAIN-FOURNIER, christened Henri Alban, was born in La Chapelle d’Angillon (Cher) in 1886, the son of a country schoolmaster. He was educated at Brest and in Paris, where he met and fell in love with the original Yvonne, who influenced his whole life and work.
The Lost Estate (Le Grand Meaulnes)
was published in 1912.
Les Miracles
appeared posthumously in 1924. Alain-Fournier’s important correspondence with Jacques Rivière and his letters to his family were published in 1926 and 1930 respectively. Alain-Fournier was killed in action on the Meuse in 1914.

ROBIN BUSS translated a number of works for Penguin Classics, including a selection of writings by Sartre, Henri Barbusse’s
Under Fire
and Albert Camus’
The Plague
and
The Fall.
He also wrote books on French and Italian cinema. Robin Buss died in 2006.

ADAM GOPNIK has been writing for the
New Yorker
since 1986, and is the author of
Through the Children’s Gate: A Home in New York
and
Paris to the Moon.
He is a three-time winner of the National Magazine Award for Essays and for Criticism and the George Polk Award for Magazine Reporting. From 1995 to 2000, he lived in Paris; he now lives in New York City with his wife and their two children.

Translated by
ROBIN BUSS
with an Introduction by
ADAM GOPNIK

The moral right of the translator and introducer has been asserted

A Note on the Translation

New readers are advised that this Introduction
makes details of the plot explicit.

Part Hans Christian Andersen tale – a poor boy brought to a fairy castle – part grimly lyrical study of provincial manners and landscape in a still-rural France, and in part the model of all the adolescent novels which marked so much of twentieth-century literature, Alain-Fournier’s 1913 novel
Le Grand Meaulnes
is a keystone of modern French literature which is, oddly, less well-known among English-speaking readers than many French books less famous and foundational. Among French readers, particularly those of a certain age,
Le Grand Meaulnes
is as much part of life as
Catcher in the Rye
is in America and shares some of the same slightly intense glamour that
Brideshead Revisited
has in Britain (both novels which it in certain crucial ways resembles). In a poll of French readers taken as recently as a decade ago, it came sixth among all twentieth-century books, not far behind Saint-Exupéry and Proust and Camus’
L’Etranger –
but it seems likely that many English-speaking readers who have been alienated alongside Meursault and longed along with Swann (and been impatient in the desert with the Little Prince) will have only a vague sense of the action and purpose of this book. (Although the ones who do care, care a lot: as early as the 1920s Havelock Ellis wrote a rhapsodic appreciation of Fournier’s novel for English readers.)
1

Some of the trouble has been laid to its supposedly untranslatable title:
Le Grand Meaulnes
has appeared over the years in English as
The Wanderer,
as
The Lost Domain,
and even as
Big Meaulnes.
‘No English adjective will convey all the shades of meaning that can be read into the simple word “grand”
which takes on overtones as the story progresses,’ one translator has written
2
– but in fact its title is exactly equivalent, in its combination of sardonic irony and appreciative applause, to that of Fitzgerald’s
The Great Gatsby
a decade later, one more brief classic of the same resonant kind (and yet one more Anglo-American novel which
Le Grand Meaulnes
resembles and must have influenced). And some other small part of its difficulty lies in the oddity of its author’s name, a pseudonym which is not pseudonymous; the author, who died in the first weeks of the Great War, a year after the novel’s publication, was actually named Henri-Alban Fournier; the Alain was adopted, and no one is entirely sure where, or whether, to place the hyphen.

The apparent matter of the book is simple and myth-like. François Seurel, the fifteen-year-old narrator, is living in the provincial village of Sainte-Agathe, in the snowy, bleak Sologne, in central France, around the turn of the last century. He is the son of the village schoolmaster, and one day a new, slightly older boy, Augustin Meaulnes, arrives at the school. His size, natural charisma and sheer physical presence leads him to be called ‘the Great Meaulnes’ and sometimes, in a similar spirit, ‘Admiral Meaulnes’. He’s big in spirit and size – a country boy, at once innocent and oddly blessed, whom François recognizes quickly as a kind of romantic fool, a knight errant in schoolboy overalls. One day, not long after his arrival at the school, Meaulnes mysteriously disappears for three days. When he comes back, suddenly, to the schoolroom, he is at first closed-mouth about his absence. Eventually, though, he confides to the star-struck François the true story of his disappearance.

Lost in a country road in the snow, Meaulnes had wandered into an old château, a ‘lost domain’, a vast and beautiful country house and garden complete with stables and outbuildings. Far from being abandoned, he discovers, it is weirdly alive with children and young people, who have gathered together there for the wedding of Frantz de Galais, a member of the aristocratic family who seem still to own the run-down place; Meaulnes, for some inexplicable reason, is warmly welcomed
by the celebrants, as an old friend. Following a strange Pierrot figure in a dance through the old rooms, he sees a beautiful young girl playing the piano, and the next day sees her again, near a silver lake on the grounds. She turns out to be Yvonne de Galais, Frantz’s sister, and Meaulnes instantly falls in love with this frail and lovely girl. But the wedding is mysteriously cancelled, and quickly the entire party abandons the château; Meaulnes is taken away and then roughly deposited back on the highway near Sainte-Agathe.

The rest of the book tells of Meaulnes’ attempt to understand what has happened to him – to return to the lost domain, the enchanted castle, to find and win Yvonne and to make the vision which has changed his life part of others’ lives, too. He does all of this, with results at once predictably disillusioning and oddly re-enchanting. At the end, he marries Yvonne, but he flees her side – perhaps from guilt, perhaps from a feeling of unworthiness – for another woman, returns and is left with the daughter that she has given him before dying in childbirth. That daughter, we understand from the wiser but not disenchanted François, at the end, will become for Meaulnes the repository of another set of romantic desires.

If the matter is romantic, the treatment of it is often peculiar. At moments,
Le Grand Meaulnes
is a novel that may seem very hard to ‘understand’ in conventional terms – in places stilted and sentimental seeming; in other places unduly bitter and prematurely soured. Some of this is simply ‘French’, reflecting the way that French life prolongs adolescence while accelerating sex: at moments the protagonists, having school-yard snowball fights, seem as innocent as the schoolboys we are told they are; at other moments, frequenting fast women and contemplating suicide, as hard cases as Baudelaire or Rimbaud, who was, after all, hardly more than a schoolboy himself.

Even the most Francophile of English-speaking readers is likely to throw up their hands, however, at the sudden roller-coaster turns of the narration, at what Dr Johnson might have called the improbability of the incidents and the extremity of the experiences. In the middle of the book, for instance, after Meaulnes’ mysterious sojourn at the château, the reader is
stopped cold by a long incident involving a ‘Bohemian’ gypsy and wandering player, who turns out to be Frantz, the son of the mansion, in disguise – a bit of melodrama that might have struck even Balzac as far-fetched. In some places the details of provincial life – the cold and snow, the chestnuts gathered – are as calmly beautiful as a Sisley, and then we are off into a fantasy world where long, moony trips to Paris take place with no visible means of support. Meaulnes himself is never entirely credible as a character, an odd and empty vessel: at moments he is a gawky schoolboy, at others as receptive and enchanted a hero as Dante seeing Beatrice. Although the appeal of Yvonne, the just glimpsed fairy princess, to him is apparent,
his
instant appeal to her is very hard to understand.

But if the novel’s incidents are improbable, its images are unforgettable. Hard to enter, it is still harder to abandon. Once read,
Le Grand Meaulnes
is forever after
seen.
Seen rather than remembered: I have noticed that most French readers who are devoted to the book hardly notice or recall, or even brood much on, the somewhat improbable entanglements of the second part of the book – any more than Fitzgerald-lovers are likely to recall the just as sordid and improbable workings of the adulterous affair that leads to Gatsby’s shooting. The force of the imagery – the lost château, the green light – is in both cases so strong that it blissfully erases the apparent point of the story.

As with any book that lasts, it is the quality of Alain-Fournier’s line that counts, the writing and the imagery and the wit, and, even where translation cuts off some of the wit, it doesn’t eclipse the images. What readers have recalled, and cherished, for a century, is the force and simplicity of that fable – the lost domain of happiness, the abandoned château brought to life again by the presence of children, the perfect fairy princess found within it and then pursued at the cost of common sense and grown-up sexuality – and the way in which the fable is made credible by what Fournier called his ‘nervous, voluptuous prose’ surrounding the dream. By placing what is essentially a medieval allegory of love in the terms of the late nineteenth-century realist novel, Fournier, in his one completed book, created a story whose elements – the great, good
place glimpsed in the snow; the girl seen once at a distance, after which life becomes simply an attempt to seek her out again – are part of the way we see and the way we sing now, part of pop culture.