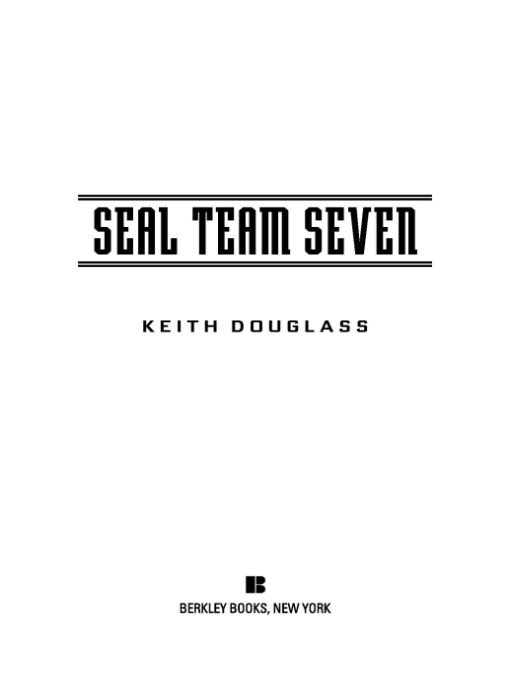 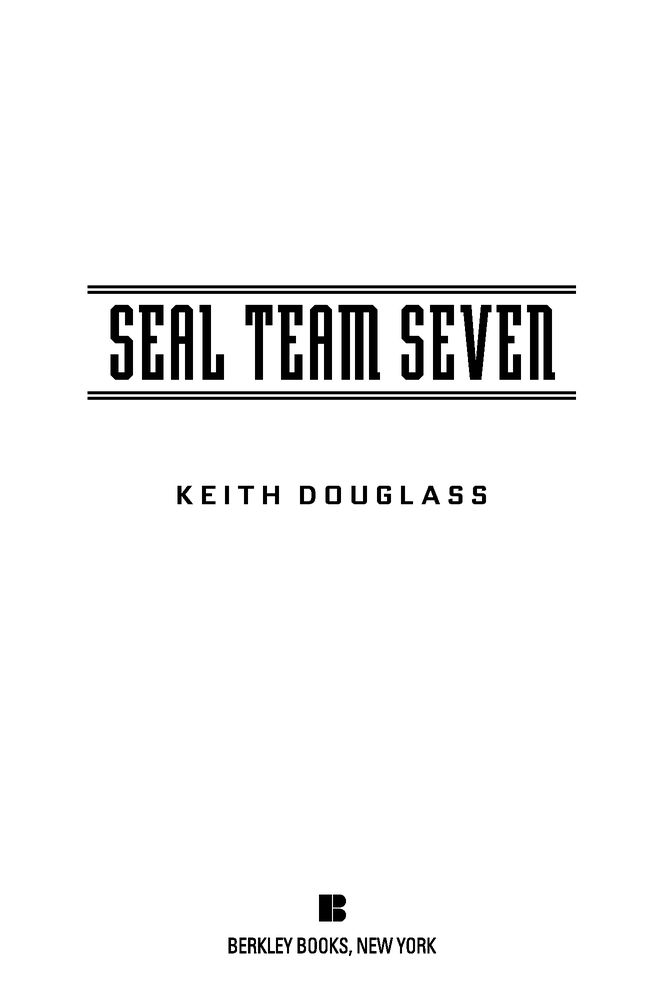 FOREWORD
Created by Presidential order in 1962, the U.S. Navy SEAL (SEa-Air-Land) Teams are today among the foremost elite special-operations forces in the world. During the war in Vietnam there were two Teams, SEAL One and SEAL Two, each composed of a number of fourteen-man platoons, the basic SEAL operational element.
During the 1980s, the Reagan Administration recognized that the changing face of modern warfare demanded a greater emphasis on special forces and covert operations, and the Teams were expanded accordingly. By 1990, the number of Teams had grown to seven. SEAL Teams One, Three, and Five were headquartered at Coronado, California, under the auspices of Naval Special Warfare Group One, for deployment to the Pacific and the Far East. SEAL Teams Two, Four, and Eight were located at Little Creek, Virginia, under NAVSPECWARGRU-Two for deployment to the Caribbean, the Mediterranean, and the Middle East. SEAL Six, commissioned in November 1980 as the Navy's covert anti-terrorist unit, was listed under NAVSPECWARGRU-Two for administrative purposes only; in practice it answered directly to the U.S. Special Operations Commandâwhich includes the Army's Delta Force and the Air Force's First and Seventh Special Operations Squadronsâand to the Joint Chiefs of Staff.
For reasons of both security and politics, the SEALs' TO undergoes periodic revision. As of this date and to the best of the author's knowledge, however, SEAL Team Seven is completely fictitious. It was the author's decision to employ a fictional unit in order to show as many of the missions and activities of modern SEALs as possible, including operations that in real life might have been undertaken by Group One, Group Two, or SEAL Six.
âKeith Douglass
August 1993
PROLOGUE
0945 hours Freighter
Yuduki Maru
Cherbourg Harbor, France
A blast from the freighter's horn sounded across the water, momentarily drowning the shrill calls of circling sea gulls as the 7,600-ton freighter began her ponderous acceleration toward the open sea. Echoes bounced back from Cherbourg's waterfront, mingled with the thunder of noise from an angry crowd.
Ashore, beyond the chain-link fence separating Cherbourg's military port facilities from the civilian docks, a thin line of troopers drawn from the French Gendarmerie Nationale faced a sea of protestors, who answered the ship's horn with a wild, drawn-out wail of noise. Placards danced above shouting, angry faces; fists punched the sky in time to chanted slogans. Near the military base's main gate, a scuffle broke out between police and the mob.
Tetsuo Kurebayashi leaned against the railing on
Yuduki Maru's
starboard side, a ghost of a smile tugging at his normally impassive face. International Greenpeace had made
Yuduki Maru
and her sister ships the focus of a whirlwind of controversy. The publicity of her departure from France would ensure plenty of attention from a watching world later, once Yoake-Go, Operation Dawn, was fully under way.
Kurebayashi was fourth officer of the
Yuduki Maru,
but his first loyalty was not to the ship, nor to the company that owned and operated her, nor even to Captain Koga. As he turned from the railing, he caught the eye of Shigeru Yoshitomi, a deck division cargo handler, and he gave the man a slight nod, an exchange unnoticed by their shipmates nearby. Though of mutually alien social classes, both men were Ohtori, and brothers in blood.
In the harbor, less than one hundred meters off the
Yuduki Maru's
starboard beam, a two-masted sailing ketch, a gleaming, white-hulled, rich man's toy, matched the freighter's slow pace. A banner had been unfurled on the yacht's port side, bearing legends in French, English, and Japanese: BAN THE SHIPMENTS and GREENPEACE.
Yuduki Maru's
escort, the sleek cutter
Shikishima,
was already moving up to position herself between the freighter and the Greenpeace yacht. According to the news stories Kurebayashi had heard while he was in France, the yacht, a forty-meter motor sailer named
Beluga
, was to be
Yuduki Maru's
watchdog for the entire length of her voyage from Cherbourg to Japan, following in her wake and making certain the freighter did not break the international agreements that had shaped her planned course.
Kurebayashi smiled again at the thought. Only a handful of men aboard the Japanese freighter knew it, of course, but the
Yuduki Maru
would not be completing her voyage to the home islands.
Excitement quickened within. All of his training, all of his dedication to the Cause, all of his long-bottled desire to strike back at the hated American imperialists, would soon find outlet in action, and in purpose.
Soon
, the Ohtori commando thought.
Only three more weeks
. . .
1
Tuesday, 3 May
2245 hours (Zulu +3) Hawr al-Hammar, Iraq
A shadow against shadows, the black-hooded form silently broke the water's surface scant meters from the indistinct shoreline where lake gave way to marsh. The commando had removed his face mask underwater to avoid telltale reflections. For long seconds, he remained motionless in the water, eyes alone moving in his heavily blacked-out face.
Nothing. The wind whispered through the forest of marsh grass ahead, where unseen hordes of nameless creatures chirped and keeked and buzzed, undisturbed by the intruder. A crescent moon had set an hour before; the only light came from a dazzling spill of stars overhead and from a faint glow against the southeastern sky.
Moving gently to avoid making even the slightest splash, the figure pressed forward, swim fins seeking leverage in knee-deep muck, elbows braced across the black canvas of a gear flotation bag clutched to his chest like a swim board, gloved hands tight on his sound-suppressed subgun, an H&K MP5SD3. His movements against the bottom stirred the mud, which bubbled to the surface as an oily scum and a ripple of dull, sulfur-heavy plops. The stenchâpetroleum, decay, and the rotten-eggs stink of hydrogen sulfideâwas thick enough to bring tears to the eyes, but the swimmer ignored it, sliding through the mud toward the cover of the marsh.
ADS
15.4Mb size Format: txt, pdf, ePub

Daughter of Xanadu by Dori Jones Yang
Hot-Wired in Brooklyn by Douglas Dinunzio
Maxwell’s Curse by M. J. Trow
The Curse of the Grand Guignol by Anna Lord
Nothing but Trouble by Tory Richards
Welcome to Diablo Vista (Axl Dane #1) by Crow Gray
Don't Move by Margaret Mazzantini, John Cullen
My Fierce Highlander by Vonda Sinclair
Boots and Buckles by Myla Jackson
A Finely Knit Murder by Sally Goldenbaum