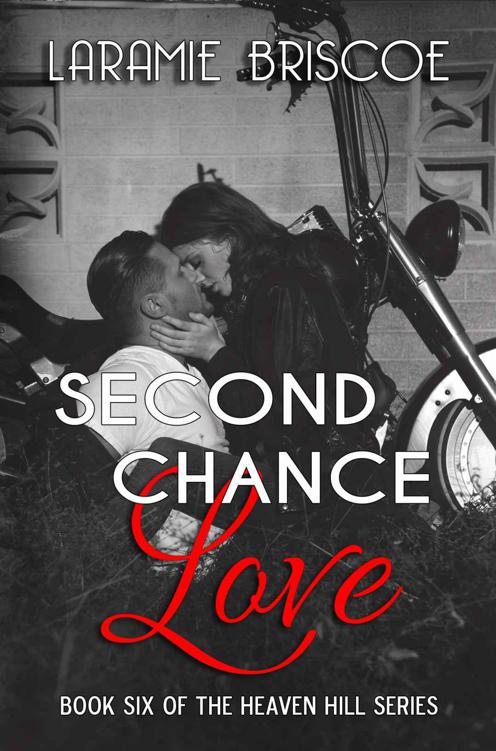 Book #6 in the Heaven Hill Series

All rights reserved. No part of this book may be reproduced, transmitted downloaded, distributed, stored in or introduced into any information storage and retrieval system, in any form or by any means, whether electronic or mechanical, without express permission of the author, except by a reviewer who may quote brief passages for review purposes.

This book is a work of fiction and any resemblance to any person, living or dead, or any events or occurrences, is purely coincidental. The characters and story lines are created from the author’s imagination or are used fictitiously. Any trademarks, service marks, product names, or named features are assumed to be the property of their respective owners, and are used only for reference. There is no implied endorsement if any of these terms are used. Except for review purposes, the reproduction of this book in whole or part, electronically or mechanically, constitutes a copyright violation.

One Day at A Time

The Price of Love

Sharon “Roni” Walker and Brandon “Rooster” Hancock have a past. As teenagers and young adults they were lovers, sneaking around, hoping not to get caught. When Rooster took the fall for her, in a crime he didn’t commit, a string of events were set forth that changed lives and ruined friendships.

Seventeen years later they are at a turning point. Secrets have been revealed, mistakes have been forgiven, and now it’s up to them to choose the type of relationship they want.

There’s a passion that burns bright, but at the same time there is a fear that it will all be taken away in the blink of an eye like it was before.

They have a decision to make—do they let go of what could be the happiest time in their life, or do they take a shot on a second chance love?

Sometimes you can go home again and second chances are sweeter than we ever thought possible.

Excerpt from
Only the Beginning

S
haron—better known as Roni—Walker, sighed deeply. Today was her thirty-sixth birthday, and just what the fuck did she have to show for herself? Not a damn thing. She had spent most of her life bowing down to a father who didn’t care one iota about her and living for a brother who wasn’t exactly her brother. Half-brother, but not full-blood. Funny, that fact seemed to bother her more than Liam; finding out the truth had taken a part of her identity away she hadn’t realized she counted on. Her life had been spent taking care of Liam since their mother had left. Now it almost felt like she’d put in all the work for no good reason. It made her sad and made her question the direction of her life. Had she tread water for too long?

Her phone went off from where it sat beside her. Scrolling through, she saw more
happy birthday
messages, these from her niece and nephew, Mandy and Drew. She loved those kids with everything she had, and she would absolutely do anything they asked of her, but today, they compounded on her sadness. Her brightest years had been spent on people who either didn’t give a shit about her or no longer needed her, and now here she was—thirty-six and bitter.

Another interruption, but this time it was a knock that sounded at her door, and again she sighed. She contemplated not answering the knock, not even going to check and see who it was. Wallowing in her own self-pity and being miserable sounded amazing. Today was her birthday, and dammit, she was allowed to wallow if she wanted to. Checking the peephole, she saw the one person she didn’t want to admit that she wanted to see.

“Hey, Rooster,” she greeted as she opened the door and stepped aside to let him in.

“Hey.” He grinned at her, rocking back on his feet. “Happy birthday!” He thrust a gift card for a local coffee shop at her.

She tried to keep the smile from her face, but she couldn’t help smiling back at him. “Thank you.” She stuck the card in her back pocket, unsure of what to do now.

“Why aren’t you out celebrating? I figured there’d be a big shindig at the clubhouse.”

“They wanted one,” she told him as she ushered him inside her apartment. “But I’m not feelin’ it this year. I’m an old bitter Betty.”

“There ain’t one damn thing about you old.” He smiled, biting his bottom lip and letting his eyes travel over her body. The skin under her clothes had once been his favorite playground. “Let’s get outta here.” He jerked his head in the direction of the parking lot.

“Where are we gonna go?” Roni wasn’t sure she trusted him, but anything had to be better than staying here.

“I don’t know.” He pulled her to the window and opened the blinds, showing her the bike he’d ridden over. “But I got my bike out, and it still runs. Take a ride with me.”

Being on the bike with him had been her favorite thing to do that summer—the one before everything changed. For just a few minutes, she wanted to relive the feeling, relive that time. She had never been able to get back to it again. It struck her hard that it was the same bike he’d had as a teenager and it was in great condition. It hadn’t been left out to the elements. He’d taken care of it. Maybe the old Rooster was still in there and not buried as deep as she had once thought.

“Early March is usually cold, I got it covered.” She was weakening, he could tell.

She didn’t want to know how he had it covered, but she desperately wanted to take this ride with him, so she grabbed her jacket and boots. Without a look back at the DVR she had been planning to catch up on, she followed him out the door. It looked like wallowing and self-pity were going to have to take a backseat—at least for this night.

N
ot many things scared Roni Walker. In fact, the list of things that would was very short. Five, tops. Number one? Falling in love. Number two? Falling in love with Rooster Hancock.

Damned if she hadn’t just broken both rules one and two. An instance of drunken debauchery with her little brother’s best friend and she was done for. It’d been stupid and the worst mistake of her life up to this point.

“Roni, I’m sorry,” she heard him yelling as he beat on the door.

He was sorry? Sorry he’d made her look like such a dumbass? Or sorry he’d lied to her in the first place? She’d show him. She’d go to this party, find the first guy who paid her any attention, and let him have a piece.

“Fuck off, Rooster!” she screamed through the wood that bent with every beat of his fist.

“Fine,” she heard the anger in his voice. “You get whatever you fuckin’ deserve.”

Roni shook her head, coming out of the flashback. That night had changed their lives drastically. By the end of the summer Rooster was at a camp for wayward teens, Liam locked up in juvie, and she was left pregnant with a baby she would never give birth to. It was her biggest secret, her greatest shame, and the one thing in the world she wished she could take back.