Secret of the Time Capsule 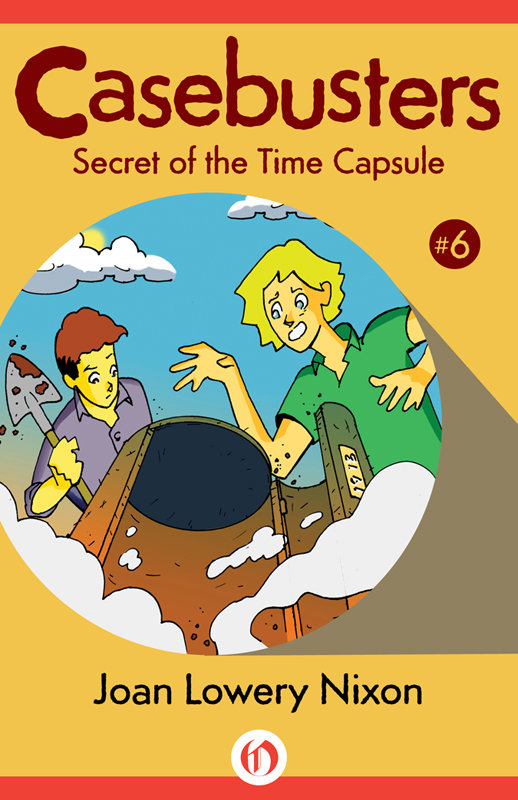 Secret of the Time Capsule
Casebusters #6
By Joan Lowery Nixon

With love to Andrew Thomas Quinlan— 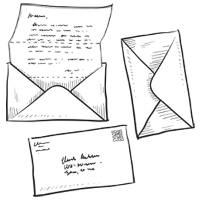 I
’VE GOT EXCITING NEWS
for you fourth graders,” Mrs. Jackson said. She looked mysterious. “Soon, you’re going to hear from people from the past.”

Sean Quinn leaned forward, poking Debbie Jean Parker to be quiet. He knew that Mrs. Jackson wasn’t going to say another word until everyone had settled down.

The moment the classroom was silent, Mrs. Jackson asked, “How many of you have ever heard of a time capsule?”

Henry Craft raised his hand. “Does it have something to do with outer space?” he asked.

“No, it doesn’t,” Debbie Jean interrupted. “A time capsule is a container that holds a whole bunch of things from a certain time. It’s usually buried. Then it’s dug up years and years later and opened.”

“So people can see what life was like way back when.” Debbie Jean wiggled with self-importance.

“That’s right,” Mrs. Jackson said. “And right here in Redoaks, in the year 1918, a time capsule was buried. It was supposed to be opened in one hundred years.”

“Thank you, Debbie Jean,” Mrs. Jackson said. “Let’s talk about how this class is going to be involved. One of the items in the time capsule was an envelope filled with letters from fourth graders. The letters are addressed to the fourth graders of the future.”

“If the capsule hasn’t been opened, how do we know it’s got letters in it?” Matt asked.

Debbie Jean blurted out, “Because Miss Wegman found the list of contents in one of the city hall’s files.”

Sean did some quick mental arithmetic and said, “Mrs. Jackson, if that time capsule was supposed to be opened in one hundred years, it would be the year 2018, not now.”

“That’s right, Sean,” Mrs. Jackson said, “but something happened to change things. The capsule was buried during a ceremony to celebrate the fifty years that had passed since the founding of Redoaks. It was buried under the bronze statue of John M. Williford. In 1918, he was the mayor of Redoaks.”

“I was in the park yesterday,” Jabez Amadi said, “and that big old statue was down and lying on the ground.”

“The statue had to be taken down,” Mrs. Jackson said. “One side of the hill under the statue eroded so much that the statue began to tilt. There was a danger that at any time it could fall. Someone could have been badly hurt … or even killed. Soon the statue will be moved to a safer place.”

“Why couldn’t they just move the time capsule with the statue and save it to be opened in 2018?” Sean asked. “Why open it early?”

“I know! I know why!” Debbie Jean jumped up and down at her desk, waving her hands. “It’s because when Miss Wegman found the list of what was inside the capsule, she showed it to the mayor. He decided that the time capsule should be opened right away.”

“Maybe it’s like getting a birthday present early, and you can’t wait to open it,” Matt suggested.

“Settle down, now. We’re getting to the really big news,” Mrs. Jackson said. “The members of this class, just like the fourth graders of 1918, are going to write letters to the kids who’ll be fourth graders one hundred years from now.”

“How big is this capsule?” Jennifer Doaks asked. “How much will it hold?”

“I don’t have the exact figures on the size,” Mrs. Jackson said, “but I understand it’s a round, airtight metal tube. It’s about two feet in diameter and about three feet long.”

Sean looked at the figures he’d been adding and subtracting on a piece of notebook paper. “If those kids were nine in the fourth grade, they would have been born in 1909. But the capsule’s going to be opened early, so they won’t be 109 years old. Some of them may still live in Redoaks. Why don’t we find out and invite them to the party?”

Mrs. Jackson beamed. “What a wonderful idea, Sean!” she said.

Debbie Jean shook her head. “No, it isn’t,” she said. “No one will know the names of the kids until the capsule is opened, and then it will be too late to invite anybody.”

Bummer!
At first, Sean felt the same sinking feeling in the pit of his stomach that hit him every time Debbie Jean really bugged him. But as the answer to the problem popped into his mind, he laughed. “Schools keep records,” he said. “We could find the kids’ names that way.”

“Good thinking,” Mrs. Jackson said. “I’ll volunteer to go through the records. Sean, would you like to trace the names, once I get them, and see how many of these former students you can track down?”

“I’ll help,” Debbie Jean said. “I was thinking of exactly the same idea. Sean just happened to say it first.”

Matt slowly raised a hand. “I know someone who was in the fourth grade in 1918. His name’s Mr. Boris Vlado, and he lives on our block with his daughter’s family. A couple of times he’s talked about when he was in school and wrote something for a time capsule. I didn’t pay much attention to what he said because … uh, because …”

“Because why?” Sean finally asked.

Matt’s words tumbled out in a rush. “Because Mr. Vlado talks about a lot of strange things. He said there was something dangerous in that capsule. And he’s also said that he’s seen UFOs hovering over the bus terminal. And he knows for a fact that aliens hide out in the basement of the city hall.”

Sean wanted to laugh until he saw Matt was really afraid. 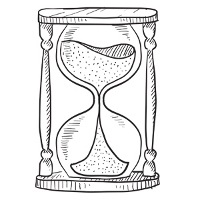 T
HE STORY ABOUT THE
time capsule was on the front page of the next morning’s
Redoaks News.
John Quinn put down his coffee cup and read aloud, “The ceremony will be held on Saturday, complete with a parade and a band concert in the park.”

“Speeches? Right,” Mr. Quinn answered. “City Councilman Victor Williford will give a speech about his grandfather, the late John M. Williford, mayor in 1918. And, of course, our mayor, Harry Harlow, plans to give a speech in honor of the occasion.”

“Maybe there’ll be a speech in honor of Boris Vlado,” Sean added.

Brian reached across the table for another slice of toast. “Who’s Boris Vlado?” he asked.

Sean swallowed a long slurp of orange juice, then told his family about the fourth-grade letters and what his class planned to do.

“What a wonderful idea,” Mrs. Quinn said. “Sean, we’re proud of you for thinking of inviting any former fourth graders who are still living in Redoaks.”

“This sounds like a good project for the Casebusters,” Mr. Quinn said. “Bring me the list of names, and I’ll show you how you can try to trace them by computer search.”

“If the women married, they’d have different names than they had at school,” Brian said.

“That’s right,” Mr. Quinn said. “However, if they were married in the Redoaks area, there’s a county department that will give you information about marriage certificates.”

Mrs. Quinn looked at her watch and pushed back her chair. “I’ve got to run,” she said. “We’re right in the middle of a big advertising promotion for one of our main accounts.”

“I’ve got an early meeting, too,” Mr. Quinn said. “You boys have exactly twenty minutes until it’s time to leave for school. Watch your time. Don’t be late.”

“Listen to this, Bri!” Sean had spread the front section of the newspaper across the table and was leaning on it. “Here’s a list of the stuff that was buried inside the capsule. There’s a copy of the local newspaper from November 30, 1918; a copy of
California Pix,
a monthly magazine; and an essay written about the armistice that had been signed at the end of World War I on November 11. And there’s a journal with the history of Redoaks written by the members of the Ladies’ Lawn Tennis, Sewing Circle, and Historical Society. I bet Mrs. Helen Hemsley was president, even way back then.”

Thinking about bossy Mrs. Hemsley, Sean burst out laughing. It took a minute before he could go on. “There’s a letter praising Redoaks’s citizens written by California’s governor in 1918—William D. Stephens—to Mayor Williford. And there are lots of photographs, and the fourth graders’ letters, and something from Mayor Williford that just says, ‘My gift to the city I love.’”

“What is the gift?” Brian asked.

“The reporter should have asked Councilman Williford. His grandfather probably told him what it was.”

Sean put down the newspaper. “There’s nothing in the story about anything that could be dangerous,” he said.

Brian turned from the sink. “Dangerous? What are you talking about?”

“What Boris Vlado told Matt.” Sean went on to recount the conversation he hadn’t remembered to tell earlier.

“This Mr. Vlado said there was something dangerous in the capsule?” Brian asked. “I wonder if he was talking about explosives.”

“Matt said Mr. Vlado is scary and talks about a lot of weird stuff, like seeing UFOs,” Sean said, but he surprised himself by shivering. “Bri, what if there really is something dangerous in that capsule?”

Brian dried his hands on the dish towel and reached for his backpack. “Come on. Get your books. Ask Matt where Boris Vlado lives. After school you and I are going to pay him a visit.”

Sean got Mr. Vlado’s address from Matt and the list of 1918 fourth graders from Mrs. Jackson.

“Only eight names?” he asked in surprise.

“Redoaks was a very small community at that time,” Mrs. Jackson said. “Do you think you can track them down?”

Sean smiled. “One down, seven to go.”

Debbie Jean could hardly wait until after roll had been taken to make her announcement.