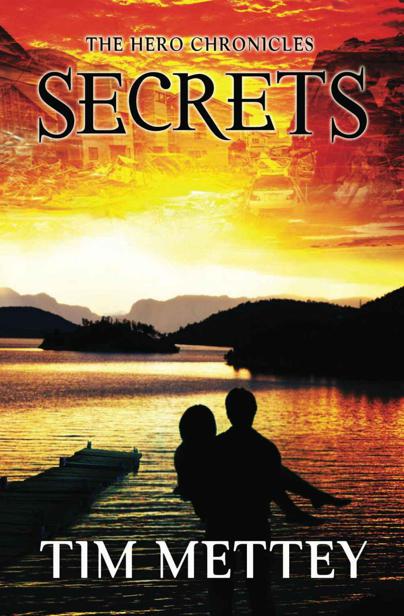 No part of this publication may be reproduced, stored in a retrievable system, or transmitted in any form or by any means, electronic, mechanical, photocopying, recording, or otherwise, without written permission of the publisher. For more information regarding permission, write to Kenwood Publishing Group, Attention: Permission Department, 11060 Kenwood Road, Cincinnati, Ohio 45242.

To my wife, Chanin, and my four beautiful daughters:
Olivia the Brilliant, Cora the Leader,
Noel the Caring, and Ashlyn the Loving.

When I first started school, it was discovered that I had a learning disability that affected my reading and writing, making school very difficult.

Several people in my life stuck by me and helped me along the way. Thank you to my mom and dad for not treating me differently and pushing me to excel; my wonderful teachers and tutors (Mrs. Rush, Mrs. Richardson, Mrs. Stark, Mrs. Lacks, Mrs. Wolfe, Mrs. Kitchen), who spent countless hours helping me; my friend Karen, who encouraged me with her excitement for what I was doing and told me the story was good even when I wasn’t sure; and my editing team for getting my book ready to be published. Also, if it weren’t for my wife, Chanin, I would have never put my thoughts down to make this book happen. No matter what I faced, she just simply told me to write, and so I did.

Lastly, I would like to thank the men, women, and children who have risked something for others. These true heroes are represented in our police officers, firefighters, EMTs, first responders, military, and many others not listed. These individuals risk their lives every day for us, and for that I thank them.

I hope this book shows that no matter what struggles you may face, anything is possible. I am living proof of that.

“Randy, I have told you a million times—don’t run out in front of the bus. Next time I will have to report you,” said our bus driver, Mrs. Burgeous, with a stern look as we scrambled aboard.

Mrs. Burgeous had short grey hair that looked like a neatly placed beehive. She was always nice to me, mostly because I followed her rules. Randy sat two seats behind me. I sat in the very front seat, right behind Mrs. Burgeous and next to a tall blonde girl named Lindsey. She was two grades older than me and was at least a head taller. She was normally talkative, but today she wasn’t paying any attention to me. She just stared out the window toward the sky, listening to music.

“Good morning, Alex. How are you today?” Mrs. Burgeous was looking at me in the big mirror that bus drivers use to see what is happening on the bus.

“Well, bless my stars! That has to be a first. Why are you excited?” she asked.

“Not really sure. Just feels like it is going to be a great day. And, the school is serving pizza and fries for lunch.”

She laughed. “Well, that sounds like a good reason to be excited, and I bet you have gym today also.”

“I’m a good guesser,” she said with a big smile. I leaned back and noticed that Lindsey was staring at me, looking very serious.

“Alex, did you see the clouds with the lights in them?”

Before I could answer, Randy blurted out from behind us, “What lights, Lindsey?”

Lindsey didn’t turn to acknowledge him. She just stared at me, waiting for my answer. “No, I didn’t see anything like that,” I said.

“Well, there are strange lights in the sky that look like clouds with rainbows trapped inside. I hope I can see them better when I get to school.” She looked back out her window up toward the sky. I leaned over closer to her, but from my seat I couldn’t see anything.

The bus slowed down over the two speed bumps right before the E.H. Greene School’s parking lot. I was always jealous of the kids in the back of the bus because the speed bumps sent them flying into the air.

“Okay, fifth graders, this is your stop,” Mrs. Burgeous said loudly. The brakes squealed, slowing us to a stop right between two other buses. I got up and stood in the aisle, waiting to get off. I was first in line with Randy right behind me.

“So do you think we will see those lights that Lindsey was talking about?” Randy asked.

I shrugged my shoulders. “Not sure.” I looked over at Lindsey. She was still in her seat looking out the window, fixed on getting another glimpse of the clouds. Mrs. Burgeous opened the doors to the bus, and I quickly got off.

Before I had a chance to look up, Randy was pointing at the sky. “Look at those things! Cool!”

I looked up and saw them. Lindsey was right about what they looked like—clouds with swirling rainbows trapped inside.

The high-pitched bell rang and I hurried to class.

Paying attention in class was harder than usual. Everyone was talking about the lights, and I couldn’t stop thinking about them either. My teacher, Ms. Rush, was the only other thought that entered my mind. She was so beautiful. I wished for her to be my girlfriend. I daydreamed of picking her up in a shiny red sports car and taking her to a nice restaurant like Applebee’s or somewhere like that. If only I was older.

“Mr. Taylor. Mr. Taylor?” Ms. Rush’s voice shattered my daydream. “Could you please tell me the capital of Ohio?”

I looked down at my book, hoping the answer would jump off the page at me, but nothing.

“Mr. Taylor, please pay more attention next time. Anyone else?” She looked around the room. Several hands jumped into the air around me. “Ms. McBride?”

“The capital of Ohio is Columbus.” Tina McBride was a big time brown-noser. She always knew the answers to all the questions and never did anything wrong. If only I sat by her, I would at least get some help during tests.

The bell rang for recess. I hurried to the front of the line to go outside. We walked down the long hall lined with our red lockers and then out the door to the playground. The rest of the school was already outside at recess. Instead of playing, everyone was standing and looking up at the dazzling rainbow clouds. The teachers were gazing along with us. Some of them had cameras and were taking pictures of the sky.

“Mark Siegel, Tina McBride, and Alex Taylor, please report to Ms. Rush’s classroom,” blared the outdoor PA.
What did I do now?
I thought as I walked through the doors back inside. Down the hall from me were Mark and Tina. I ran to catch up with them.

“Well there’s no way I’m in trouble,” Tina said, “but you and Mark probably are.” I glanced at Mark, and we both gave her a nasty look. We all walked into Ms. Rush’s class. She was sitting at her desk in the front of the room. She looked up with a big smile and waved us toward her. I was relieved to see her smiling.

Right then the ground started to shake, knocking us sideways. Ms. Rush’s expression turned to one of complete terror. The walls and floor began to move violently in different directions, and there was a loud sound like a train coming down the hall behind us. The ceiling and walls started to fall in on us. A metal beam fell and grazed my leg, cutting through my pants and into my shin. I turned and ran toward the exit. I was being thrown in every direction, weaving in and out of parts of the ceiling. The lockers had come alive, shifting back and forth, dancing off the walls. Several of them had worked their way into the middle of the hall, making it difficult to get through. The intense sounds were like nothing I had ever heard. I was right next to the exit when a large piece of the wall fell. I jumped over it and went through the shattered door to the outside. I got away from the building and turned back to see it still shaking.

“We made it!” I yelled, but I was alone. Tina, Mark, and Ms. Rush were still inside.

T
he doorbell rang. I opened the door just wide enough to see who was there.

“Is your mother home, young man?” A short elderly woman stood before me, hunched over, holding a walker for support.

“Yes, she is. Just a minute, please.” I shut the door. Cora was standing right next to me.

“There is an old lady outside who wants to see you,” I whispered.

Cora opened the door. “Well, hello, Mrs. Phillips. It’s so good of you to come on such short notice.” Cora turned to me. “Nicholas, please finish packing your room.” She walked out onto the porch, shutting the door behind her. Mrs. Phillips must be the new owner of this house, free of charge.

I had been calling Cora “Mom” for years, but it was still weird to say it or hear others say it; she’s actually my mom’s sister. Before I started calling her Mom, she insisted on being called Cora. Not Aunt Cora, Auntie, or anything else—just plain Cora. I still call her that when no one else is around, but in front of others I always call her Mom, because that’s how it has to be for now.