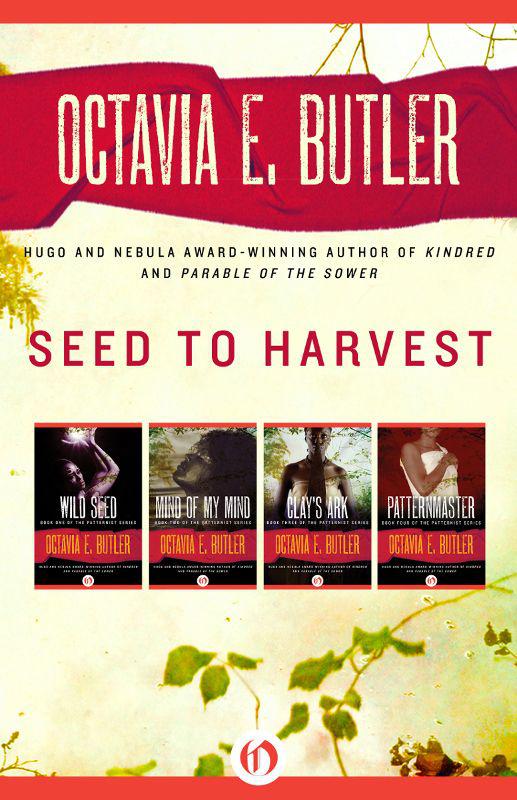 Mind of My Mind

A Biography of Octavia Butler

To Phyllis White for listening.

BOOK ONE
Covenant
1690
Chapter One

D
ORO DISCOVERED THE WOMAN
by accident when he went to see what was left of one of his seed villages. The village was a comfortable mud-walled place surrounded by grasslands and scattered trees. But Doro realized even before he reached it that its people were gone. Slavers had been to it before him. With their guns and their greed, they had undone in a few hours the work of a thousand years. Those villagers they had not herded away, they had slaughtered. Doro found human bones, hair, bits of desiccated flesh missed by scavengers. He stood over a very small skeleton—the bones of a child—and wondered where the survivors had been taken. Which country or New World colony? How far would he have to travel to find the remnants of what had been a healthy, vigorous people?

Finally, he stumbled away from the ruins bitterly angry, not knowing or caring where he went. It was a matter of pride with him that he protected his own. Not the individuals, perhaps, but the groups. They gave him their loyalty, their obedience, and he protected them.

He wandered southwest toward the forest, leaving as he had arrived—alone, unarmed, without supplies, accepting the savanna and later the forest as easily as he accepted any terrain. He was killed several times—by disease, by animals, by hostile people. This was a harsh land. Yet he continued to move southwest, unthinkingly veering away from the section of the coast where his ship awaited him. After a while, he realized it was no longer his anger at the loss of his seed village that drove him. It was something new—an impulse, a feeling, a kind of mental undertow pulling at him. He could have resisted it easily, but he did not. He felt there was something for him farther on, a little farther, just ahead. He trusted such feelings.

He had not been this far west for several hundred years, thus he could be certain that whatever, whoever he found would be new to him—new and potentially valuable. He moved on eagerly.

The feeling became sharper and finer, resolving itself into a kind of signal he would normally have expected to receive only from people he knew—people like his lost villagers whom he should be tracking now before they were forced to mix their seed with foreigners and breed away all the special qualities he valued in them. But he continued on southwest, closing slowly on his quarry.

Anyanwu’s ears and eyes were far sharper than those of other people. She had increased their sensitivity deliberately after the first time men came stalking her, their machetes ready, their intentions clear. She had had to kill seven times on that terrible day—seven frightened men who could have been spared—and she had nearly died herself, all because she let people come upon her unnoticed. Never again.

Now, for instance, she was very much aware of the lone intruder who prowled the bush near her. He kept himself hidden, moved toward her like smoke, but she heard him, followed him with her ears.

Giving no outward sign, she went on tending her garden. As long as she knew where the intruder was, she had no fear of him. Perhaps he would lose his courage and go away. Meanwhile, there were weeds among her coco yams and her herbs. The herbs were not the traditional ones grown or gathered by her people. Only she grew them as medicines for healing, used them when people brought their sick to her. Often she needed no medicines, but she kept that to herself. She served her people by giving them relief from pain and sickness. Also, she enriched them by allowing them to spread word of her abilities to neighboring people. She was an oracle. A woman through whom a god spoke. Strangers paid heavily for her services. They paid her people, then they paid her. That was as it should have been. Her people could see that they benefited from her presence, and that they had reason to fear her abilities. Thus was she protected from them—and they from her—most of the time. But now and then one of them overcame his fear and found reason to try to end her long life.

The intruder was moving close, still not allowing her to see him. No person of honest intentions would approach so stealthily. Who was he then? A thief? A murderer? Someone who blamed her for the death of a kinsman or some other misfortune? During her various youths, she had been blamed several times for causing misfortune. She had been fed poison in the test for witchcraft. Each time, she had taken the test willingly, knowing that she had bewitched no one—and knowing that no ordinary man with his scanty knowledge of poisons could harm her. She knew more about poisons, had ingested more poisons in her long life than any of her people could imagine. Each time she passed the test, her accusers had been ridiculed and fined for their false charges. In each of her lives as she grew older, people ceased to accuse her—though not all ceased to believe she was a witch. Some sought to take matters into their own hands and kill her regardless of the tests.

The intruder finally moved onto the narrow path to approach her openly—now that he had had enough of spying on her. She looked up as though becoming aware of him for the first time.

He was a stranger, a fine man taller than most and broader at the shoulders. His skin was as dark as her own, and his face was broad and handsome, the mouth slightly smiling. He was young—not yet thirty, she thought. Surely too young to be any threat to her. Yet something about him worried her. His sudden openness after so much stealth, perhaps. Who was he? What did he want?

When he was near enough, he spoke to her, and his words made her frown in confusion. They were foreign words, completely incomprehensible to her, but there was a strange familiarity to them—as though she should have understood. She stood up, concealing uncharacteristic nervousness. “Who are you?” she asked.

He lifted his head slightly as she spoke, seemed to listen.

“How can we speak?” she asked. “You must be from very far away if your speech is so different.”

“Very far,” he said in her own language. His words were clear to her now, though he had an accent that reminded her of the way people spoke long ago when she was truly young. She did not like it. Everything about him made her uneasy.

“I am remembering. It has been a long time since I spoke your language.” He came closer, peering at her. Finally, he smiled and shook his head. “You are something more than an old woman,” he said. “Perhaps you are not an old woman at all.”

She drew back in confusion. How could he know anything of what she was? How could he even guess with nothing more than her appearance and a few words as evidence? “I am old,” she said, masking her fear with anger. “I could be your mother’s mother!” She could have been an ancestor of his mother’s mother. But she kept that to herself. “Who are you?” she demanded.

“I could be your mother’s father,” he said.

She took another step backward, somehow controlling her growing fear. This man was not what he seemed to be. His words should have come to her as mocking nonsense, but instead, they seemed to reveal as much and as little as her own.

“Who are you?” she repeated.

“Doro?” She said the strange word twice more. “Is that a name?”

“It is my name. Among my people, it means the east—the direction from which the sun comes.”

She put one hand to her face. “This is a trick,” she said. “Someone is laughing.”

“You know better. When were you last frightened by a trick?”

Not for more years than she could remember; he was right. But the names …The coincidence was like a sign. “Do you know who I am?” she asked. “Did you come here knowing, or … ?”

“I came here because of you. I knew nothing about you except that you were unusual and you were here. Awareness of you has pulled me a great distance out of my way.”

“I had a feeling …People as different as you attract me somehow, call me, even over great distances.”

“You exist and you are different. That was enough to attract me. Now tell me who you are.”

“You must be the only man in this country who has not heard of me. I am Anyanwu.”

He repeated her name and glanced upward, understanding. Sun, her name meant. Anyanwu: the sun. He nodded. “Our peoples missed each other by many years and a great distance, Anyanwu, and yet somehow they named us well.”

“As though we were intended to meet. Doro, who are your people?”

“They were called Kush in my time. Their land is far to the east of here. I was born to them, but they have not been my people for many years. I have not seen them for perhaps twelve times as long as you have been alive. When I was thirteen years old, I was separated from them. Now my people are those who give me their loyalty.”

“And now you think you know my age,” she said. “That is something my own people do not know.”

“No doubt you have moved from town to town to help them forget.” He looked around, saw a fallen tree nearby. He went to sit on it. Anyanwu followed almost against her will. As much as this man confused and frightened her, he also intrigued her. It had been so long since something had happened to her that had not happened before—many times before. He spoke again.

“I do nothing to conceal my age,” he said, “yet some of my people have found it more comfortable to forget—since they can neither kill me nor become what I am.”

She went closer to him and peered down at him. He was clearly proclaiming himself like her—long-lived and powerful. In all her years, she had not known even one other person like herself. She had long ago given up, accepted her solitude. But now …

He had been watching her, looking at her eyes with a curiosity that most people tried to hide from her. People said her eyes were like babies’ eyes—the whites too white, the browns too deep and clear. No adult, and certainly no old woman should have such eyes, they said. And they avoided her gaze. Doro’s eyes were very ordinary, but he could stare at her as children stared. He had no fear, and probably no shame.