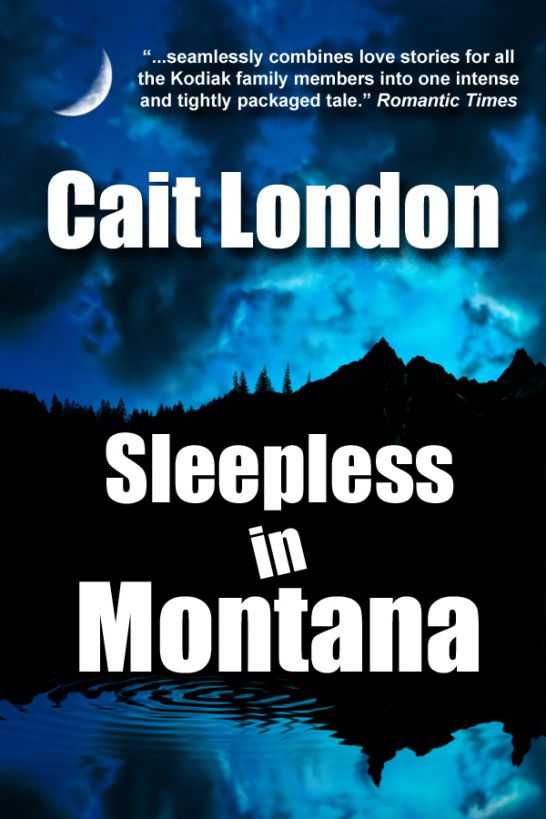 This ebook is licensed for your personal
enjoyment only. This ebook may not be re-sold or given away to
other people. If you would like to share this book with another
person, please purchase an additional copy for each person. If
you’re reading this book and did not purchase it, or it was
purchased for your use only, please return to Smashwords.com and
purchase your own copy. Thank you for respecting the hard work of
this author.

This book is a work of fiction. The names,
characters, places, and incidents are products of the writer’s
imagination or have been used fictitiously and are not to be
construed as real. Any resemblance to persons, living or dead,
actual events, locales or organizations is entirely
coincidental.

All Rights Are Reserved. No part of this book
may be used or reproduced in any manner whatsoever without written
permission from the author.*

*This also pertains to uploading to free
download sites, which is considered piracy and does not recognize
the labor of this author or their livelihood from that work. Please
discourage piracy and purchase works (other than those listed by
the author or publisher as Free Books).

“The old man will blame me if you drink
that.” Hogan noted the six-pack of beer that his teenage brother,
Aaron, had just hauled in from the cold, snow-fed Montana
stream.

After a hot August day of hauling hay, Aaron
and an adopted brother, Mitch, were sprawled on the stream’s grassy
bank. Under a rising, full moon, they were primed to split a
fast-food bucket of fried chicken. The teens were ripe from a
raging battle with Ben Kodiak, their father. They’d be talking big,
about women— always women and sex— fast cars, and leaving the big
Bar K Ranch.

At twenty-one, Hogan was leaving Sweet Grass
County as soon as he tossed his battered suitcase into his old
pickup. In the morning, he’d take off to study art and hopefully
make a career in it. But he’d leave a part of his heart in Montana,
and it would always beckon to him— Sweet Grass County. The Kodiak
ranch— all twelve thousand acres, in alfalfa fields and natural
grass— would always be in his heart. He’d already stayed overlong
for his brothers’ sake, taking the edge off Ben’s rough
handling.

Hogan turned away from land he loved and
focused his attention on the six-pack of soda he was carrying. He
tossed a can to Mitch and Aaron each and grinned as they scowled at
him. Hogan understood the arrogance of teenagers resenting older
brothers. “You’re under drinking age. You’ll catch hell from Ben,
if he finds out. You really don’t want that. I know.”

He ripped off his leather gloves and thanked
the wild horse he’d been breaking for trimming his anger. Hogan
inhaled the musky scent of hay mixed with the heavy damp summer
night. His dark coloring and black, straight hair proved he had
Indian blood that hadn’t come from the fair-haired, blue-eyed
Kodiaks.

Who was his mother? Even bastards had
mothers— Who was she?
His father had hoarded the secret of
Hogan’s birth. But Hogan was his father’s son, after all, and cold
clear through. He reached for a cold beer and settled down on the
lush grass of the creek bank, dissecting the churning bitterness
within him.

Ben had married once, and it wasn’t to
Hogan’s mother. It was to Dinah, who had saved his life in a
tractor mishap. He’d hated her for that trespass— because big,
tough Ben Kodiak had lost one leg. And that accident, rather Ben’s
pride, had torn the Kodiak family apart.

The canyon owl hooted in the distance, the
eerie sound matching Hogan’s dark mood.
Who was his mother?
Hadn’t she wanted him? Why wouldn’t Ben talk about her?
Ben’s
silence said that he was ashamed of his half-blood son. Ben had
given Aaron, his younger white son, his own father’s name— not
Hogan.

Hogan Kodiak, the bastard
, Hogan
thought bitterly, though Ben had never used the word and had taken
apart men who had.

He was only four when Ben took his white
wife, and Hogan had felt like even more of an outcast when his
blond brother and sister were born. His teen years had been spent
in an uneasy relationship with Ben, and now it was time to
leave.

“You look like the old man laid you out
again,” Mitch stated.

“Snake” was Mitch Kazimierz Kodiak’s Chicago
street name, before Ben Kodiak had hauled him out of a Chicago
juvenile court and into Montana.

Adopted at thirteen, Mitch still reflected
his harsh, neglected childhood, and more than once Hogan and Aaron
had dragged him out of a brawl.

“I’m leaving, and you’re going to college,”
Hogan stated, lifting his beer bottle in a toast to the Montana
night and the worldly freedom that awaited him.

Mitch glared at him. “You didn’t go to
college anyway. Why do we have to?”

“Because you’re smart, that’s why. And
because I say so.” Hogan lifted his beer bottle in a toast. “To my
ticket out of here— that art scholarship in France.”

Would his brothers and half sister,
Carley, be all right without him? Or would Ben turn his bitterness
toward them?
“Make sure you call me. If you have trouble, I’ll
get here somehow.”

“He’ll work us to death without you standing
up to him.” At sixteen, Aaron was a blond replica of Ben Kodiak. He
reached for the six-pack of beer and glared at Hogan, who had just
firmly placed his boot on it.

Hogan rested his arm across his knee. In the
morning, he’d be gone, driving his old pickup as far away as he
could.

He smiled tightly; he’d probably starve—
that’s what artists were supposed to do, but he wasn’t taking
anything that wasn’t his from the ranch. Big Ben Kodiak wasn’t
happy with Hogan’s artistic talent.
“A man doesn’t paint
pictures and draw all day. He makes a living.”

Hogan inhaled the damp, richly scented night
air. He might fail, but he didn’t think so— he intended to put his
stubborn Kodiak blood to good use.

“Sometimes I wonder what the old man was like
before he lost that leg,” Aaron said, flopping on his back to look
up into the starlit Montana night. “My mother had to see something
in him. She should have stayed with him, stuck when the going got
rough.”

“And you should have stayed with her in
Seattle and not had to work your butt off for the old man, living
up to his expectations,” Mitch said. “You could have it soft.”

Hogan knew that Aaron was enough like Ben not
to take the easy road on anything, and Aaron loved the land, just
as Ben did.

“How old were you when he lost that leg in
that tractor accident Hogan? Can you remember what happened?”

“I was eight, or so. Carley was just one and
you were three. Dinah tried to make it work for a year after the
accident, and then she had to go. It wasn’t pretty then, with Ben
slashing at her. He started yelling at her, and she tried to stay.
It wasn’t her fault that Ben started drinking again. Then she
packed up one day, tears streaming down her face, and left with you
and Carley....”

Sweet Carley... She reminded Ben of Dinah too
much and life wasn’t easy for her either.... “Take care of Carley.
Ben is too rough on her.”

Hogan drew Montana’s familiar sounds and
scents into him. “There’s that old owl up in the pines.... It’s
time for me to leave.”

A cold trickle sped up his spine. “Old Joe
Blue Sky says that when you hear an owl hoot like that, something
bad is going to happen—”

Hogan watched the headlights coming toward
his ranch home, zigzagging and slicing through the Montana night.
He held his breath— Jemma Delaney still drove like a kamikaze
fighter, soaring over the creek’s narrow wooden bridge.

In the silence of his living room, he ran his
hand down a large bronze eagle statue; it leaned toward the hunt,
wings slightly spread, talons tight on a branch. His creation
reflected his emotions at twenty-one— surging into the world and
Paris, hungry and ready, inhaling life as if it were sweet cream.
Beneath his fingertips, the metal was smooth, cool, and
predictable— unlike his thoughts about Jemma Delaney.

She was his curse.

He remembered teenage Mitch’s dark comment
about Jemma: “That skinny Seattle friend of Carley’s, Jemma, is
nothing but trouble on skinny legs. She’s bossy, and I wish she
wouldn’t come here in the summer. Man, she’s bad news.”

That was a perfect description for Jemma
Delaney: Bad News.

Tonight, Hogan had no time for Jemma’s
offbeat ideas to promote whatever venture she currently favored. A
gypsy whirlwind who had been his sister’s best friend since they
were eight, Jemma had always been a ragged, vivid tear in Hogan’s
streamlined life. He regretted answering her telephone call and
agreeing to her demand that he “stay put until I arrive.”

He’d come back to Sweet Grass County. In late
March, the sprawling alfalfa, timothy and “needle and thread” grass
fields were coming to life. Soon, fed by the snow water from the
mountains, the irrigation ditches would fill, be dammed, and
overflow onto the fields, a ritual necessary to rich
grasslands.

In the night, the jutting, snow-covered Crazy
Mountains and their haunting winds called to him. He listened to
the ceiling fan, the crackle of box elder fire, and hunted for
harmony. It wouldn’t come; his elements were not in alignment. Had
they ever been?

Too restless to create, or to rest, he
swirled the fine wine in his glass and studied the amber liquid.
His emotions were like the eagle’s, hunting prey.

At thirty-nine, Hogan knew that he couldn’t
go on until he resolved the unanswered questions in his life and
had returned to Montana the previous November. He’d taken time from
his growing business before to refresh his creative needs.
But
this time,
was he burned out, the images and color gone? Or
had he sold what was in him and there was nothing left?

He’d made a dive into the commercial designs
that were certain to sell; he’d packaged himself along the way,
developing a persona that drew attention. Now he was bone tired,
stretched to the limits, and unhappy with his work. Hogan shrugged;
he’d made a fortune.
Did that cold hole eating at him really
matter?

He was on edge, unable to sleep, prowling
through the nights and the brittle memories of his home place. He’d
bought land that had been Ben Kodiak’s.
Was it out of revenge?
Or the need to hold what was his birthright?

Did a bastard have birthrights?

When Hogan was just twelve, he’d once more
worked up courage to question his father....“There’s no goddamn
marriage certificate,” Ben had raged. “But you’re my son, and I got
you. You’ve got my name— Kodiak. Remember it, that’s who you are—
my son— and that’s all you have to know.”

Out of habit, Hogan fingered the scar on his
cheek. He’d been just three, just after old Aaron had died. Seeking
security in an uncertain world, he’d gone to Ben, who promptly
shoved him away. He’d fallen, cutting his cheek badly, and Ben had
told him not to cry, but to stand still. Ben cleansed, sewed the
wound closed, and pressed yarrow— a natural herb to stop the
bleeding— against Hogan’s cheek. After a moment of watching Hogan
and making certain that he didn’t cry, Ben had nodded and gone back
to work, breaking horses.