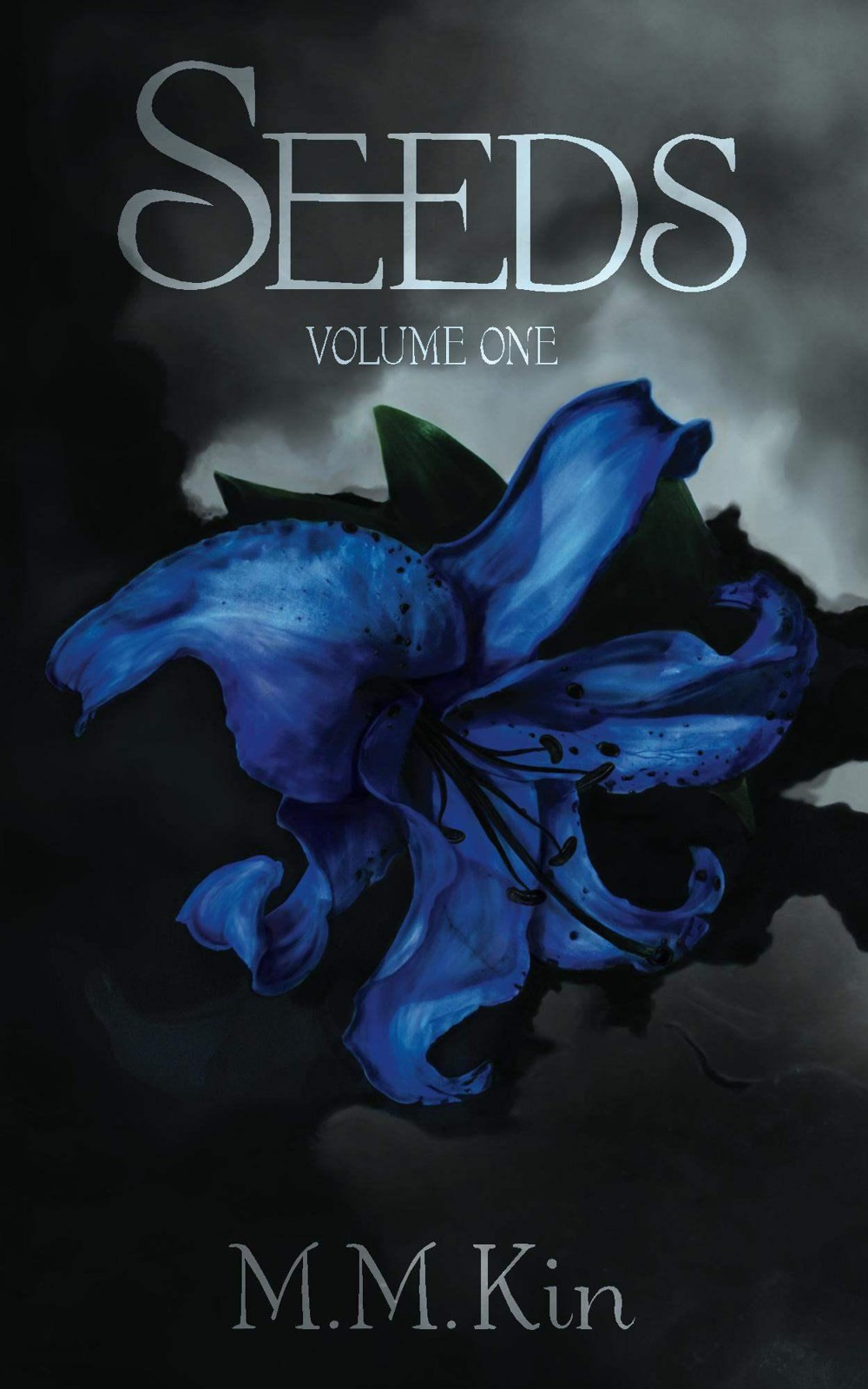 This is a work of fiction. T
he names, characters, places and incidents are products of the author's imagination or have been used in a fictitious manner and are not to be construed as real.
Any resemblance of characters to actual persons, living or dead, is purely coincidental. The author holds exclusive rights to this work. Duplication in whole or any part of this book in print or digitally is prohibited without written permission of the author.

This has been a long journey, but well worth it. Thank you to Lani Rush, Sophia Luo (Sorelliena) and last but certainly not least, Madame Thome! I could not have done it without your help and feedback, you have my undying gratitude. My heart also goes out to Elke, Marit, and Paige, my wonderful friends who have been a cherished source of encouragement and inspiration. I would also like to thank everyone else who has given me encouragement or feedback when this book was in its first incarnation.

I would also like to thank Teresa Dec and Zele Jones for their feedback, and Moranyelie Osorio Morales for the incredible cover she designed for this book.

A good amount of historical research and planning went into the creation of this story. I read about Greek history and the different eras of Greek and Hellenic history, and I also made sure to do reading on the histories of other cultures around the same time period (as well as before and afterward) so I could be aware of what existed at certain times, and where. You might wonder why I am doing historical research when I am writing what is essentially a fantasy, but this is a fantasy that I fully intend to make believable and enjoyable. Also, I'm a history nerd.

After all, is it not said that every legend and myth has a seed of truth?

In the back of this book I have included notes on my research and commentaries on myths and facts I use in this story. Reading it is entirely optional. One thing to note if you're already familiar with Greek mythology, I have chosen to use many of the original Greek spellings for names rather than the Anglicized modern day spellings of these names, so Cerberus is spelled Kerberos, and so on.

While doing my research, I had to decide to set it during an appropriate period of time in Greek history, and tweaking the original myth to become both fantastic yet realistic. I had several different possible dates to choose from, with different reasons. However, I have decided on the year 1500 BCE as the starting point in this tale. At this point, the Titans have been defeated, and the Olympians have been in charge for a few centuries now.

The Trojan War does not happen for another three hundred years (1194-1184 BCE). Palaemon/Herakles (who would become known to the rest of the world as Hercules) was not yet born (1280 BCE), though several other famous children of Zeus (by mortal mothers) have lived and died by the time of this tale – Minos, Rhadamanthus, Aeacus, and Keroessa (ancestress of the man who would eventually found Byzantium) I place the era of the Titans to be around 2500-2000 BCE, as the ancient Greeks were colonizing Crete and other Greek lands and establishing civilization centers.

The Classical Greek period existed in the first millennium BC, after the Trojan War, and is the period that most people are familiar with – this period produced the statues and pottery that many people can recognize. At this time, the myths were well-established, and the epics – the works of Homer and Herodotus, for example – were written during this period, so I decided on an earlier time period for the myth to actually occur.

The name Persephone wasn't applied to Demeter's daughter until she became Queen of the Underworld, according to many versions of the myth. Her name was originally Kore – which in its essential translation means 'girl'. I modified the spelling only slightly, to Kora. I felt that this name was a better one than simply calling her 'girl', yet it was close enough to Kore. The name Persephone means 'destroyer of light', referring to her position as Queen of the Underworld, though since she was also Goddess of Spring, she could hardly be seen as a destroyer. Her name may also refer to the fact that when she left the Earth, it became dark (from Demeter's grief and the subsequent autumn and winter that followed in the myth)

This novel is my creation. Yes, I did not create the myth of Hades and Persephone, but mythology is shared by everyone, and this particular story/telling of the myth is comprised of original elements entirely my own. This novel/work is property/copyright of M.M. Kin and similarities to persons living/dead are coincidental.

Overall, I hope that you enjoy this tale, and what I have done for an old myth.

Being the offspring of a god was supposed to come with special privileges and honors. At least, that's how Kora usually heard it. Even a demigod could gain favors from their divine parent or go on adventures and make a name for themselves and be immortalized in stories.

Unfortunately, the opportunity for an adventure never presented itself to her. She had been confined to this island for half her life, and that felt like forever! The closest thing she got to excitement was listening to the stories the nymphs told her when Mother was away.

The chatter of the nymphs met her ears, and she looked up from the shady spot she was sitting under a tree, seeing her mother flanked by several of the nature-spirits. Kora remained where she was, not deigning to greet her mother. It wasn't fair that Mother got to leave the island and go to Olympus and various parts of Hellas and see and do all sorts of things that were sure to be exciting!

Every time she asked to go with her mother, Kora was always rebuffed; sometimes gently, other times firmly. Last time she asked, she had been turned away rather snappishly, so she was in no mood to be pleasant.

Mother said that she needed to be kept safe, to be protected and sheltered, and part of her could understand that after what had happened with Ares, but it felt all too often that she was being punished for something she was not even responsible for! Her green eyes stared wistfully at the ocean before Mother's voice cut into her reverie.

“Kora! It is rude to not say hello to someone you have not seen for days!” Mother scolded. Silently, Kora rose from her feet and stepped into the sunlight, approaching her mother before murmuring a greeting and letting Demeter take her into her arms. She felt her mother's hand stroke her hair as she was squeezed tightly. Sometimes that was all she felt like, a pet, to be confined to this place and watched over and played with when the nymphs wanted to bedeck her in flowers or braid her hair. She often tried to assert herself as something more, a grown person who was approaching her twenty-fifth summer. She was a woman with a mind of her own, someone who was capable of making sound decisions for her life – at least, she would if a certain someone would let her make her own choices!

Why did Fate have to be so cruel?

The Fates were at work, ever spinning and manipulating the threads of life before snipping them off at the appropriate lengths and weaving them into the tapestry. This scene met a grim-faced Hades as he approached, inclining his head in a bow out of respect for the trio of women that determined the lives of mortal and immortal alike.

The God of the Dead had taken the throne of the Underworld centuries ago – of his own choice, rather than bad luck of the draw as the mortals said of the division of realms between his brothers and himself – and he had never regretted it. However, at times, he was subject to a feeling of loneliness that was rather unnerving. He was usually able to ignore it and shrug it off as an effect of the dismal world he lived in.

That abysmal feeling of a void in his life had been especially nagging lately.  He had never been one to share his private thoughts with anyone else, even before he became the Lord of this realm. If anyone could offer insight about this issue, or point him toward a solution, it would be the Fates.

“We welcome you, Lord,” the youngest-looking woman said.

“A matter weighs heavily upon your heart.” This was said by the one pulling on strings and leaving them in the air, giving them the appearance of floating in water.

“Ask, and we shall answer.” The sound of a sharp
snip
from a pair of shears punctuated this statement. As always, Hades had the sense that he was speaking to one entity, not three. But the affairs of the Fates –
Fate?
– were their – or her – own.

“Sisters, have I not been a good ruler of this realm?” he asked.

“Your wisdom is not questioned.”

“Your character is inviolate.”

“This realm was yours before you became its Lord.”

Sometimes Hades wished they would give simple answers to his questions, but he knew this was their way.

“I am satisfied with my lot. The realms of my brothers would never suit me. But...” He frowned, trying to think of the right words to say as he stared at the women. Dressed in white, Klotho sat on a stool as she spun the thread of life from glittering, formless aether. Midnight blue-shrouded Lakhesis stood at the tapestry, measuring out thread with her fingers, her slender digits skittering across the flowing, myriad images like the nimble legs of a spider and plucking strings from the air to weave into the grand design.

Come to think of it, all three women made Hades think of spiders. It was probably the way their fingers moved, and the thread that they were always seen manipulating. Black-cloaked Atropos's gnarled yet quick fingers would pluck out threads and snip them with her shears, and deftly arrange others. Lakhesis did not protest the work of her sister, and when Klotho added a few threads of her own, the older Fate simply continued her work, each sister complementing the others' work. Curiously, no one had ever seen the sisters fight, lending to Hades's idea that these three women were actually one.

“Sometimes... I feel as if I am missing something. I cannot guess what it is,” Hades murmured. He was not confined to the Underworld like his subjects were. Like the other members of the small but elite clique of chthonic gods, he was the exception to the rule that applied to everyone who ate the food that grew within the Underworld. He was free to enjoy the myriad offerings of his own realm or the one above. He had tried various amusements in both worlds, to no avail.

“There is a time for everything.”

“Going without makes one appreciate the with.”

“You will know what you seek when you find it.”