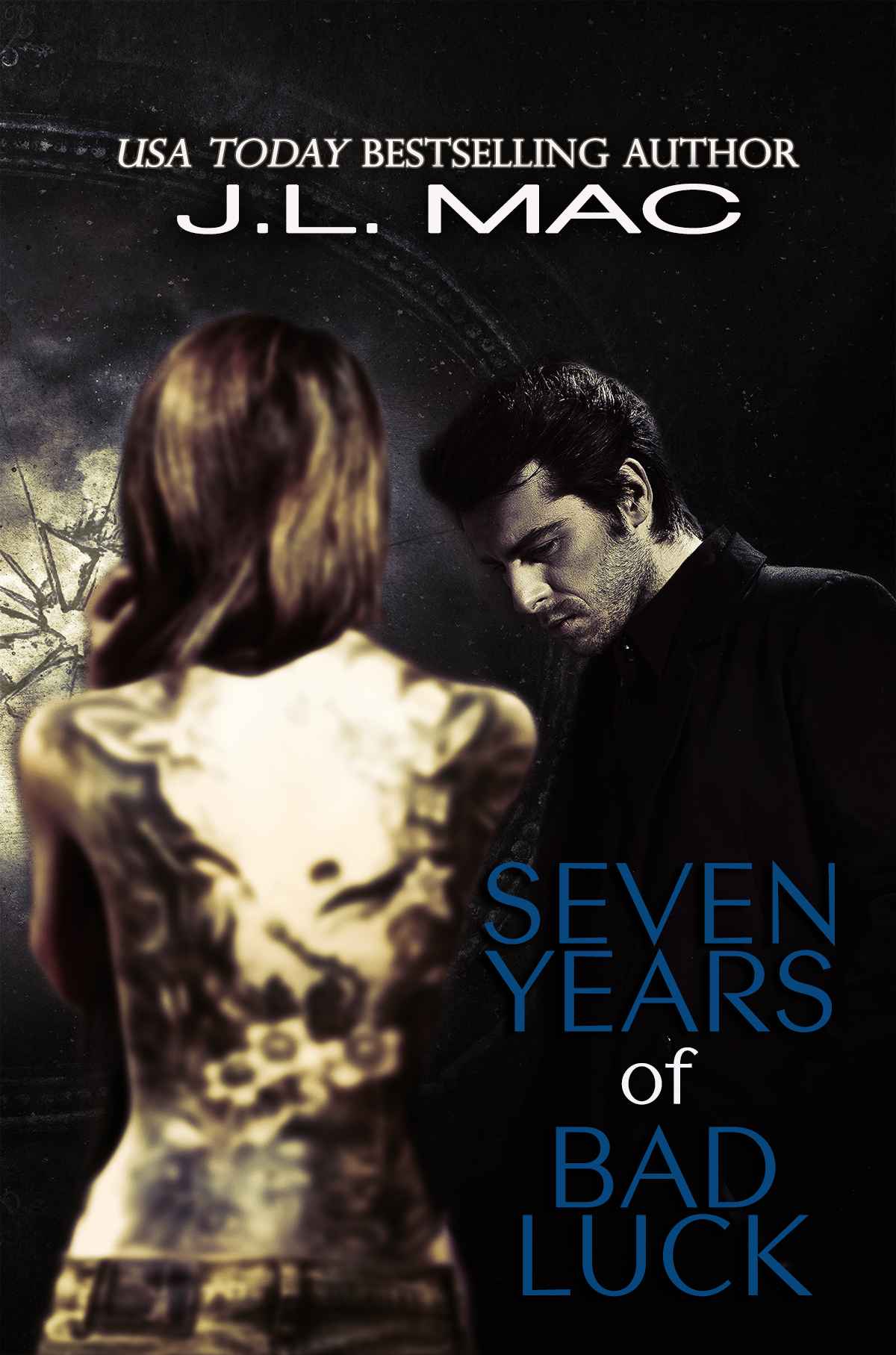 All rights reserved. No part of this book may be used or reproduced in any manner whatsoever, including Internet usage, without written permission of the author.

Used under license from Shutterstock-www.shutterstock.com

For the flightless bluebird who woke from her long slumber and sprouted new wings.

I sat up in my bed and glanced over at the too bright, green numbers on the cable box to check the time. I was in a time zone two hours behind my best friend, and it was late on a Sunday night, but I had the sudden urge to call her. As cliché as it sounds, Cheyenne Reed was my best friend, and she would be the only one who could possibly understand the mess I was in. Mess was an understatement. My situation felt more like a catastrophe that had lasted a lifetime. She was in Florida, and according to the time, it was two A.M. for her. I knew she was sleeping, but I grabbed my cell phone anyway. Quickly scrolling through my recent calls, I swiped her name with my thumb and waited for the phone to connect while preparing for the unpleasant chat that awaited me. On the third ring she answered in her not-so-happy, half-awake voice.

“HELLO?” She nearly barked at me. I wondered if she had even checked the ID on her phone to see who was calling so late.

“Ugh, what time is it? Why are you waking me up in the middle of the freakin’ night, Kat? What the hell?” Cheyenne was less than pleased with being woken up in the middle of the night, or at any time for that matter. She was infectiously bubbly, giddy even, but if you woke her from sleep, watch out! I, however, was immune to her wake-up attitude. I was, in fact, completely unaffected by it, something which was great for me and, incidentally, our friendship. Most people would probably offer up a few choice words at the sight of her unprovoked laser eyes every morning, but I didn’t mind. If being a grump in the morning was my very best friend’s only downfall, then I was more than grateful.

“Sorry, sorry. I know it’s late. Well, early. Whatever. Anyway, I have to tell you something important” I stuttered out words like a dodgy car only moments from stalling due to a lack of fuel.

“What’s so important that you
had
to wake me up instead up just texting me or something in the morning?” She didn’t sound very impressed with me so far.

“I moved his coffee cup.” I said the words almost as though they were part of some grand conspiracy and had to be spoken in a hushed voice.

“What?” Now she sounded
really
irritated with a side of confused. I pressed on.

“Then it fell and shattered.” Cheyenne huffed into the phone making her displeasure with my late night call all the more evident.

I made my best effort to explain myself.

“Yesterday morning, when I went to get a cup for my coffee, I opened the cabinet and shuffled some cups around looking for
my
favorite cup, and well, I didn’t realize what I had done until after I had done it, but I grabbed
his
favorite coffee cup and shoved it up to the top shelf. Anyway, I came back later, and when I opened the stupid cabinet
his
favorite cup fell off the shelf and shattered on the floor.” I knew Cheyenne well enough that I could nearly hear her sit up in bed to take in the meaning of what I was trying to say in my inarticulate manner.

“Oh?” She sounded like she was testing my statement with a questioning “oh,” but it wasn’t really a question.

“Yeah,” I said matter-of-factly. This gesture of putting my husband’s favorite coffee cup out of sight since he too was often out of sight would seem ordinary to most people, but the fact is, to me it was one giant symbolic representation of the storm brewing within me for the past seven years. The cup breaking all over the floor, sending skittering pieces of glass everywhere only further confirmed what I felt. Cheyenne recognized the coffee cup incident for what it really was, immediately just as I did. She let out a long sigh, now fully awake and no longer sending beautiful ice-blue laser eyes in my direction across a long distance. She asked another question that wasn’t really a question, but more a statement.

“Yeah, I’m done.” Without missing a beat, my closest, friend told me she would make arrangements to take a couple days off to fly out and spend a long weekend with me. Cheyenne’s career choice had just one perk: she determined her own schedule. Other than that, she hated being a masseuse. It was a bit of a fallback career. She needed the work once her jerk of an ex, Matt, had asked for a divorce out of the clear blue. She was qualified, and she was a great masseuse; but she always had bigger plans that had yet to come to fruition. She had a ridiculous clientele base, mostly male, and mostly wealthy. However, her drop-dead beautiful looks greatly influenced that, I was sure.

A few days after I told Cheyenne about the coffee cup incident, I was in my car and on my way to pick her up from the airport. It was a Thursday afternoon in the middle of fall in El Paso, Texas, and I bubbled with excitement and nerves at the sight of the airport parking lot. I parked my little Honda that I loved so much, smacked my lips in the mirror after applying a little lip gloss, then strode across the parking lot as fast as my legs would carry me. I was wearing my favorite jeans which were pool-water blue and had this vintage look to them like they had been worn a least a million times and washed just as much. They also had these really great holes across the knees I had put there on purpose. They now had character, with loose light blue threads hanging down from the fair sized holes that exposed each knee cap hidden below the mess of torn, loose thread. Before, they just looked like jeans that had gone through the wringer. With the tattered knees and especially with me wearing them, those jeans more than looked the part. Every time I slipped them on, I could not suppress the thought that they were very symbolic of my life in general. A tangled mess of worn, damaged threads nested around a hole that barely concealed the flesh and bone peeking out from beneath. I chose my favorite brown leather boots and a simple white knit fitted top that didn’t overexpose my figure.

I had been lucky enough when drawing from the gene pool to inherit full breasts, curvy hips, athletic legs, a fair backside, auburn hair, emerald green eyes, and plump lips. As an adult I felt blessed for having the features and form that I did despite the torment I endured as an overdeveloped young girl.

After entering the front entrance of the airport, I made it to Cheyenne’s gate just in time to see her face bounce up and down behind a few people blocking her path.

My best friend was not blessed in the height department. She stood a mere 5’1”, but I had to give her credit: she knew how to work every inch of that 5 feet. She beamed her super white, toothpaste commercial smile at me while wiggling past the horde of other passengers.

Cheyenne really was gorgeous. Together, we always commanded the attention of others in a room, and it often created more trouble than we would like. We talked a little too loud, laughed too hard, and always had a great time together. She, too, lucked out in the gene department. Other than being rather short, she was undeniably a knockout. She had natural platinum blonde, baby-soft, straight long hair, flawless alabaster skin, the most crystal blue eyes I had ever seen, a superior smile that could reduce any dentist to tears of joy, a curvy body like mine, and toned muscles for which she worked hard. Many women either secretly envied her or just didn’t care to hide it and outwardly spewed their bullshit in her direction, venom which we both got a kick out of. We found it shallow, but incredibly entertaining to see grown women act like teenagers. By my own definition, a grown ass teenager is an adult who is stuck in a perpetual state of adolescent behavior. These types of women are almost always shallow, close-minded, and envious of anyone who is better than them in any way. We had actually become quite skilled at laughing off the verbal assaults and evil eyes sent our direction. These women intended their insults to be hurtful and demeaning, and I imagined they would ooze pleasure from every pore at the sight of a few tears or even one of us bolting for the door. However, when we burst into uncontrollable laughter, they really saw red. We had been called every name in the book and have even been accused of some pretty terrible things. We always laughed it off knowing that they were just words, that both of us have had our fair share of real hurt and real tears, and that any of that crap didn’t even merit a watery eye or a second thought.

The Mentor by Sebastian Stuart
The Dark Farewell by Josh Lanyon
Girl on the Run by Rhoda Baxter
Warworld: The Lidless Eye by John F. Carr, Don Hawthorne
Guardian by Sweeney, Joyce;
Under My Skin: A Contemporary Romance Set in Paris (Bistro La Bohème Book 2) by Nichols, Alix
Damaged and the Knight by Bijou Hunter
Undraland by Mary Twomey
Soldier of Rome: Heir to Rebellion (The Artorian Chronicles) by James Mace
Johnny Deeper: A Sports Romance by Tabatha Kiss