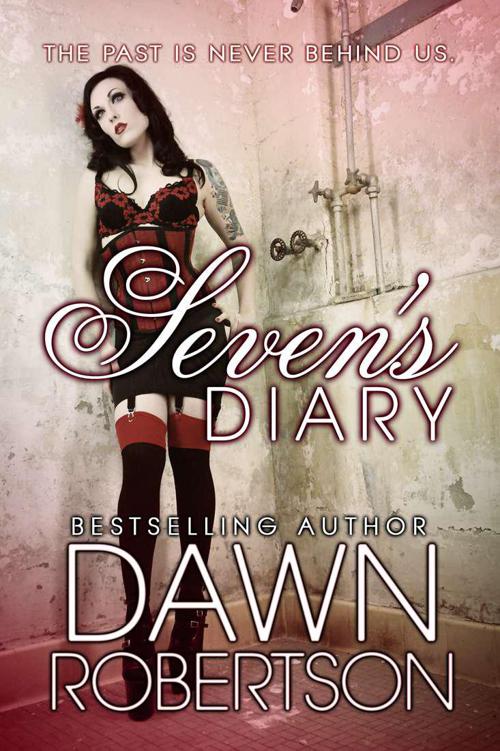 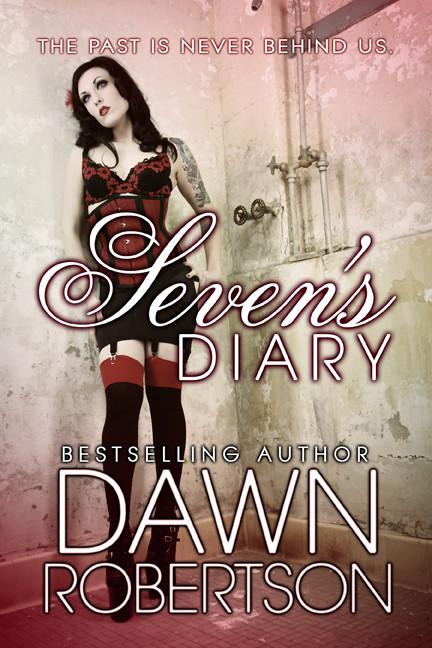 First Edition
All rights reserved as permitted under the U.S. Copyright Act of 1976. No part of these publications may be reproduced, distributed, transmitted in any form or by any means, or stored in a database or retrieval system, without the prior permission of the Author. For information regarding subsidiary rights, please contact the publisher.
This book is a work of fiction. Names, characters, places, and incidents are the product of the author’s imagination or are used fictitiously. Any resemblance to actual events, locales, or persons, living or dead, is coincidental.
Formatting and cover by
ShoutLines Design

A Letter from Seven

An Unconventional Love for the Ages

The Trouble with Star

A Closing Letter from Seven

Preview of "The Position" by Dahlia Salvatore

With His coming so soon, and so many unanswered questions after Hers. I thought I would force Dawn to share a private diary I recently wrote. I haven’t always been the best at keeping track of the shit I do in life, but long ago a therapist of mine thought it would be a good idea for me to get my thoughts down on paper. So, I am finally making an effort.

It started as a way to purge the negative in my mind.

Then it became a way for me to remember those memorable men that came into my life. The ones I would have loved to keep, but instead pushed away due to my one night rule. And the one man who changed my life forever. Taught me how to feel, and who Seven James could really be with a little help. A little encouragement. Just a little bit of love.

Why am I sharing these experiences with you now, you ask? Because it is necessary for you to understand the shit storm that is brewing. The hurricane that is going to rock the shit out of my next book, His. Problems, drama, and all of these issues are what I created with my reckless past. My husband very well may become the collateral damage for my past ways.

It isn’t fair, but life rarely is.

I can only hope in the end, these men aren’t what drive Levi away from me for good.

Don’t hold my past against me. We all have one.

Don’t hurt me anymore than I already have been. I can’t break again.

Understand that there are reasons for the person I have become today,

and they all focus around one person.

I never thought I could do it. Fuckin’ graduate college, and four years of long hard work finally came to an end. Being the first person from my entire family to hold that kind of an accomplishment was nothing short of exhilarating, I was flying high on life in every sense of the word.

A college graduate that had a job on top of it!
'Take that mom and dad and your fucking shitbag lifestyle that you forced on us without any damn choice. Take that everyone who told me I would never amount to anything more than an addict whore like my mother.’
I knew exactly what
not
to turn out like, and the memories of my childhood were what drove me toward success every time I felt like I wanted to give up.

I think back to all the bumps I have had in my road, mainly one in particular, Daniel Alexander, and how I almost let him ruin this for me. How stupid could I have been to let a man screw with my future? A weak excuse for a bimbo, and so wrapped up in a man that I would let him impact my future forever. Ha! Maybe the old broken Seven, but not me, not now, not ever, and God did it feel good to say that. Write it down. Get that shit on the record!

Ruin my own future over his image issues? Fuck him and his image. If people could have only seen the real Daniel Alexander they wouldn’t think him or his family were the picture of high class perfection that is for sure. Lies, they all live lies and sit on thrones of lies!

That day I had packed up the last couple boxes of shit in my studio apartment. The apartment I lived in comfortably for the six years I had been in New York City. The place I made home for the first time in my life. It hurt to leave, because it was the only bit of constant I had in my life for as long as I could remember. However, I had found a comfortable spot closer to the subway and my new job. Oh, and it actually had a bedroom. Upgrade from my studio!

New job. Damn, that had felt so good to say, so good that I actually had said it out loud a couple times. I was sure I was probably losing my mind, sitting there talking to myself in my almost empty apartment, but whatever. There was no one there to see me lose it. We all knew I was never really wrapped all that tight anyway.

Star came back from California a couple days later to help me get settled in to the new apartment, and we went to check out a new club her boss got us into. Swingers something. It was elite or some shit, and how she got us in was a mystery, but I didn’t question her, or any of the sketchy shit she was involved with. I worried about her, more than I probably should have. We had been through a lot together in our lives, shit no kids should ever have had to deal with. I remember that time we came home from school, and by home I mean to the parked bus we were living in at the time. We opened the door to find our parents all fucking each other in what we considered to be the living room. Naked and not even trying to conceal what they were doing.

I will never forget the look on her father’s face as he continued to pump into my mom from behind while her mother rode my dad like a rodeo bull. Just thinking about it all makes me want to fucking vomit. Fucking gross.

I think that is why I have such fucked up habits when it comes to sex. I didn’t exactly have perfect, healthy role models to demonstrate normal sex.

Star to me is more than a friend. She is like a sister, but we’ve crossed the line too many times to think of each other in that way. If I didn’t love dick as much as I do, I could happily live my life with her. I just wish that I could ever be enough for her. But I won’t even let myself go there. I won’t even think about anything more than just havin’ a good time, because I am just not cut out for your typical relationship. The whole happily ever after is just for Princesses in Disney movies. Not for your everyday woman like me. I’ve figured that out the hard way.

After Daniel, I set a couple ground rules that would keep me from getting hurt.

1. Only give them one night. Any more than that, shit gets messy. Confusing. Feelings start to get involved and no good ever comes from that shit.

2. Protection always. I’ve learned this lesson from Star mainly. Daniel and I fucked like rabbits without thinking about condoms but one STD scare with Star set us all straight. Not to mention it would save me a trip to the abortion clinic. Yeah, I know that sounds crude, but I’m only being honest.

3. Control. I must always be in control. I don’t know if this is some kind of fucked up need for dominance because of the life I led in the past, but I know that unless I am making the calls, nothing is happening.

I’m fucked up. I know this. It is nothing new, and if you lived the way I have, and continue to… you would be just as fucked up as me. What’s the difference between me and everyone else in society? I own my fucked up-ness. I know I have a problem and I don’t make any excuses or apologies for it. I am who I am and if you don’t like it, fuck you.

I am out to take over the world, and make a life for myself. One far away from the nomads that raised me in the mountains of New York state.

I am Seven Fucking James and I am going to make Manhattan my bitch.

I would be lying to myself and everyone around me if I said I felt like I belonged. I’ve never fit in anywhere in life. My hair has always been too dark, or too long, my skin too pale, or my makeup just too dark. Walking into my office the first day of my brand new job I stuck out like a sore thumb. My clothes covered up all the tattoos, but I knew from the looks of my co-workers that they could pick out the kind of person I was without seeing the artwork. Even if the bitch two cubicles down had on the same exact pencil skirt I know she bought at Forever 21.

When Somebody Loves You by Cindy Gerard
Deceived By the Others by Jess Haines
No Contest by Alfie Kohn
Vulture by Rhiannon Paille
Genesis of Evil by Nile J. Limbaugh
The Rivers Webb by Jeremy Tyler
Slocum #395 : Slocum and the Trail to Yellowstone (9781101553640) by Logan, Jake
Father's Day Murder by Lee Harris
Tainted Love (Sweetest Taboo #2) by Eva Márquez
Hocus Croakus by Mary Daheim