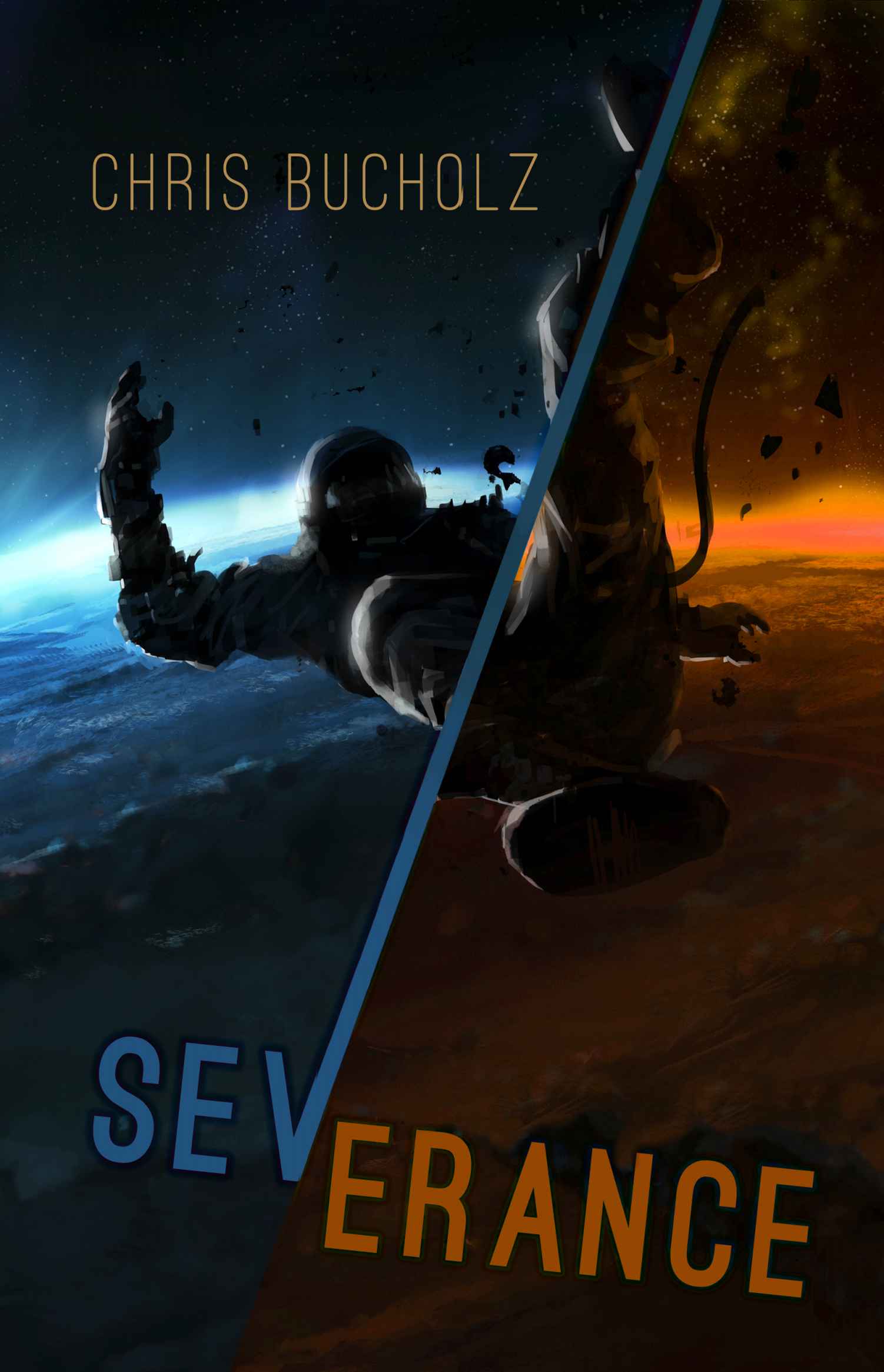 All rights reserved. No portion of this book may be copied or transmitted in any form, electronic or otherwise, without express written consent of the publisher or author.

This novel is a work of fiction. All the
characters and events portrayed in these stories are either fictitious or are
used fictitiously.

Chapter 6: Everything is Ruined

Chapter 8: Come Get Your Guns

Chapter 10: Outside the Box

Laura Stein rolled onto her side, taking care to not crush
the bag of urine strapped to her thigh. Through the vanes of the air damper,
she could see the upper side of a suspended ceiling facing her. An art studio lay
underneath that, assuming the occupancy database was accurate, which it
occasionally was. She waited a few seconds, listening for any sign that art was
currently happening, and after hearing nothing, pried open one of the damper
vanes, creating a gap wide enough to drop through. Feet first, she passed
through the damper and set herself down on the suspended ceiling, confident the
frame would support her weight. She repositioned the damper vane in place, then
rolled to her side and opened a tile in the ceiling, peering into the space
below. Empty.

She lowered herself out of the ceiling and dropped to the
floor. Standing on a chair, she repositioned the tile above her, then made her
way to the closet at the back of the studio. From the webbing strapped around
her waist, she withdrew a tool to remove an embedded floor panel, exposing a dark
cavity. She descended feet first into the hole, again mindful of the flexible
package of urine, then awkwardly positioned herself face up and dragged the
access panel into place above her. In darkness again, she tapped a luminescent
patch on her shoulder, shedding a dim light in front of her. Rolling over onto
her stomach, she began dragging her way down the crawlspace, scraping her
hands, chin, and every other part of her body as she went.

Designed for maintenance robots, utility crawlspaces could theoretically
accommodate human–sized travelers — the theory essentially being: “but they
really
have to want to be there.” The number of scrapes, abrasions and calluses on
Stein’s hands and knees attested to the number of times she’d really wanted to
be in such places. Typically for work–related reasons, but she wasn’t working
tonight. Stein was one of the enviable few Argosians whose profession — ship’s
maintenance — overlapped significantly with her hobby — light burglary.

Reaching a junction, she checked the identification tag on
the wall. L3–UC–3401. The odds of her being in the wrong place were slim, but
the next section would be a dead end, and she didn’t want to back in and out of
any more side passages than she had to. She patted the satchel of urine
strapped to her hip for the tenth time since entering the crawlspace, reassured
that it was still dry to the touch.

She shimmied a few meters down the side passage, counting
the number of panel seams above her as she went. When she reached the sixth
seam, she stopped. Reaching behind her, she fished a cutter from her tool
webbing, then began to roll over. She stopped abruptly, perilously close to wetting
herself, shivered, then rolled over the other way, maneuvering her body until
she was lying on her back. Exhaling, she tapped the terminal on her other hip
and spoke softly, “How we doing?”

“Just relax and it will come. Imagine you’re in a really
crowded room and everyone’s watching — that’s what I do when I need to go.”

“Or maybe imagine my mom. That sometimes works for me too.”

She grinned and adjusted the controls of the cutter. “Okay,
here we go,” she whispered. Positioning the tool, she drilled a tiny hole in
the panel above her. Applying light pressure to the cutter, she listened to the
torch as it cut through the sandwiched materials into the room above. A change
in pitch announced the end of the cut, at which point she turned off the tool
and tucked it back in her webbing. Her hand returned with a micro–lube gun.
Positioning it in the hole she’d just made, she began threading the sturdy tube
up until she was confident it had breached the threshold of the floor above.
Pausing, she rolled her shoulders, releasing the tension that had crept into
her neck. After a deep breath, she reached down to her right hip and delicately
detached the sack of urine from the webbing. Carefully, she twisted off the cap
of the sack and slid the lube gun’s feed tube into it. She exhaled. Slowly, she
depressed the trigger of the lube gun.

The contents of the satchel traveled up the tube at high
velocity, ejecting over a small patch of floor in the room above. The donor of
the urine was not Stein herself, but a gentleman by the name of Gerald Lehman,
a Marker. Lehman had not known he was donating the urine at the time, and
indeed would have been impressively paranoid if he had. A small device attached
to the trap underneath his toilet had been collecting his urine for days, a
trap implanted during a similar subterranean raid a week earlier. But however
upset Mr. Lehman might be after discovering the theft of his urine, it would
pale beside how he’d feel if he knew its ultimate destination: the living room
of Sebastian Krol, leader of the Markers, and his nominal boss.

Throughout the course of human history, peeing on your boss’s
living room floor has always been regarded as a pretty bad move, but in an
organization like the Markers, it was particularly ill–advised. The Markers
were a club/society/street–gang — one of many on the Argos — that distinguished
themselves from their peers by pissing on things and off people. Markers, when
queried about this behavior, would usually expound on the importance of keeping
in tune with humanity’s ancient mammalian roots, or recite a prepared speech
about the tyranny of indoor plumbing. Everyone else, when queried about this
behavior, would suggest that they just liked being dicks. Markers were a
particular annoyance for those whose work involved crawling around in poorly
drained and ventilated areas, people such as Laura Stein and Bruce Redenbach.

Stein and Bruce’s scheme involved placing an ambitious
junior’s Mark within the leader’s home, which they hoped would incite an
internecine conflict within the Marker organization and possibly some mild
bloodshed. “And if it does lead to some murders,” Bruce had noted, “then so be
it. Horrible smelling murders that security doesn’t try very hard to solve.”

The satchel empty, Stein withdrew the tube and stowed
everything in her webbing. As gracefully as possible, she scuttled her way back
down the corridor. “All done,” she whispered.

“Bet that feels better,” Bruce said. “Coast is still clear.
Do you smell? I bet you smell.”

Stein ignored him, concentrating on her awkward backpedaling
retreat. Five minutes later she was back in the closet, sealing the access
panel shut. Standing, she peeled off her coveralls covered in the dirt and
grime of the crawlspace, and stuffed them into an expandable bag she extracted
from her webbing. Now somewhat presentable looking, she exited the closet back
into the art studio. Her hand fluttered to the terminal to call Bruce and check
if it was safe to leave by the front door, before she stopped.

A strange buzzing noise was emanating from somewhere, and
she turned, looking for the source. A half–dozen canvases lay in a stack by a
set of shelves. Beside them, a pair of easels toiled, holding up a wall. The
shelves themselves contained art supplies, a selection of horrible clay pots,
and a thin layer of dust. She frowned. She wasn’t surprised to find the studio
abandoned — there were a lot of similarly disused rooms scattered across the
ship. But she hadn’t thought this was one of them. When they were planning out
her route for the evening’s excursion, the occupancy database — admittedly not
always reliable — said this room was still in use, owned by an M. Melson.

The strange noise was still there, growing louder. Out of a
sense of professional curiosity she continued searching the room, thinking it
might be a short circuit arcing behind a wall panel. She stooped to peer behind
a bookshelf in the corner, nudging it slightly.

Bright blue light obliterated everything. She jumped back,
falling on her ass, scrambling backwards like a crab, one hand clamped over her
eyes. A piercing noise filled the air around her. Stein opened her eyes a
fraction. The blue light was still there, still blinding. Blinking, she could
see the negative afterimage, a bright slash of orange imprinted on her retinas.
Strange black images danced in her vision. Keeping her eyes shut, she clamped
her hands over them, squeezing. The images floating on the bright sea of orange
coalesced into distinct shapes. They almost looked like letters.

The letters started to fade. Stein opened her eyes, to again
be blinded by the blue light. Again, the weird, misshapen letters appeared,
VLAD, dancing in a sea of orange. She rolled over, facing away from the light,
trying to blink away the image. Finally, after a half minute, the blue light
disappeared. Silence.

“You having trouble getting your smelly ass out of there?” Bruce
asked over the terminal.

Stein ignored him, blinking in the corner. After a few
frantic seconds, her vision began to return, a circle of clarity spreading
outwards in a sea of black. A minute passed without any further noises or
horrible ocular attacks, and she stood up, wobbling. Deciding that that room was
no longer a place she wanted to be, she made her way to the front door of the
studio and whispered into her terminal, “Okay, I’m ready to go.”

Stein exited the front door of the art studio, letting the
door lock behind her, and began walking away. A half block later, Bruce
appeared at her side, matching pace with her. When they’d gotten another couple
blocks away, Bruce made a point of sniffing her.

Doom Star: Book 06 - Star Fortress by Vaughn Heppner
Dragonfly by Leigh Talbert Moore
Eight Pieces of Empire by Lawrence Scott Sheets
The Unwilling Apprentice (Book 2) by Heidi Willard
A World Without You by Beth Revis
The Pegnitz Junction by Mavis Gallant
Let's Rock! by Sheryl Berk
Nature of Jade by Deb Caletti
The Avenger 20 - The Green Killer by Kenneth Robeson
The Miracle Stealer by Neil Connelly