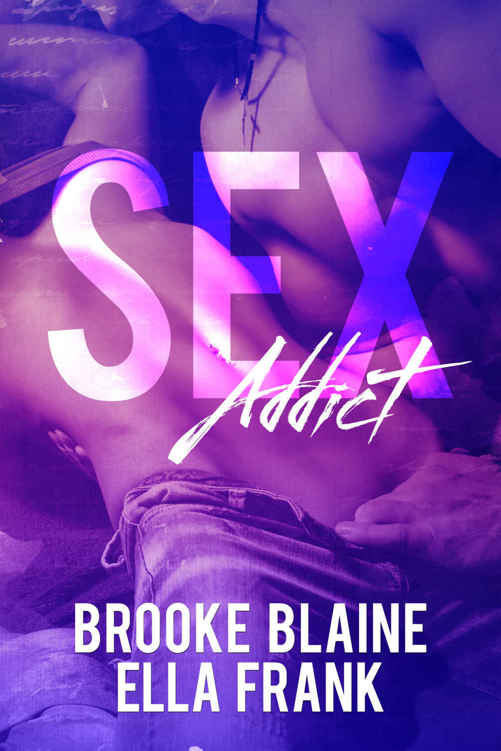 “The strongest drug that exists for a human is another human being.”

EVAN James crooked his finger at the blonde currently shimmying back into her minuscule, tight, black dress. The same one she’d worn last night that had called like a siren’s song to his cock in the middle of the dimly lit club.

She looked over at him with heavy-lidded eyes and held the barely there fabric still around her waist. His eyes zoomed in on the impressive breasts overflowing out of her sheer, black bra. Covered, but not enough.

His mouth watered, and he wanted to drag her back to the bed and take hold of her ripe nipple before pulling the fabric down and out of his way to take her fully into his mouth again.

After having had her so many times in the last few hours, she’d no doubt taste of him on every inch of her soft skin. He liked that. Before, she’d tasted faintly of vanilla musk—a fragrance he wasn’t overly fond of. He’d made quick, dirty work of her though, marking and leaving his scent on her with his lips, his sex, his come, and he figured one last go-round before sending her on her way would suppress his craving for at least a couple of days.

He hoped. His appetite was voracious.

“Can’t get enough, can you?” She leaned down over the edge of the bed and placed her hands there, giving him an ample view of what he wanted. Now.

He narrowed his eyes. “Don't play with me.”

Blondie tsked and put her knees on the mattress, crawling on all fours toward him. “Oh, baby, I told you you’d never want me to leave once you got inside.”

She was right about that much. If he could live in pussy, he would. It was his weakness, his addiction, the one thing he’d give up anything and everything for. And he nearly had.

Luckily, he still had his looks and wasn’t forced to pay her—he doubted the hundred bucks in his wallet would cover the cost of even a blow job nowadays. At least, not from someone of her caliber.

Not that she’d have ever guessed—he played his part well.

He leaned against the headboard, letting her come to him. A white sheet lay haphazardly over his hips, and as she straddled one of his thighs, she bent down and pulled it away with her teeth.

His cock rose as she freed him, her long hair lightly breezing against him, making him hard with scarcely a touch. Oh yeah. He had her.

Threading his fingers through her blond strands, he flexed his hand over the back of her head. Her mouth hovered over his length like a tease, and when his grip tightened, she gave an indecent smile and kissed the tip of his cock.

Pulling away, she looked up at him again, and he grunted, pushing his hips up toward her mouth. He needed those luscious fucking lips sliding all the way down, taking every inch he had.

She got the hint.

Wasting no more time, she grabbed the base of his shaft with one hand and his balls with the other before inhaling him back into her mouth, her tongue flush against the underside, sucking vigorously.

Goddamn but he lived for this. The tight, wet fit of a mouth around his dick followed by the clenching of a sweet, soaked pussy. There wasn’t any fucking thing better in this world, and he’d never get enough. He wanted to live there. Die there.

“Thatta girl,” he urged as she took him deeper. “So fucking sexy with that dress down around your hips…” He stopped as white heat flooded through him, and he had to push her shoulders back to keep from coming. He’d save that for her delicious cunt. “But I need you to take it off. Now.”

The tone of his voice had her unsnapping her bra and peeling her dress back off in record time.

“You want me here?” she taunted, straddling his hips without waiting for a reply, her naked lips glistening with need. “You like me on top, riding you...fucking you?”

Wrapping both small hands around him, she squeezed, slowly rotating them up his length. He watched her, his smile half-cocked, his insides on fucking fire as he tried to hold himself off, letting her tease him, stroke him.

She moved her hands to the front of his shaft and leaned back, pushing him against her. Rubbing her slick heat up and down his cock, coating him with her juices, pressing him hard against her clit as she pleasured herself with him.

God, she was a fucking sight. She was sending him over the edge. And he couldn’t take it anymore.

His back arched, and a roar ripped out of him. He grabbed her hips a little too roughly, lifting her up and pulling her down before filling her completely.

She gasped at the harsh invasion and clamped down around him, causing him to curse and force himself to take his fervor down a notch. The little temptress wasn’t making it easy for him to take it slow. He wanted to fuck her, own her, devour her, if only for the next few minutes.

He was a man crazed.

Leaning up, he grabbed her waist, staying inside her, and moved her onto her back. Her hands gripped his biceps, and he reached up to take hold of her wrists before pinning them above her head on the bed. With a daring look in her dark eyes, she tried to move, but he pushed her down harder and thrust deeper. She closed her eyes and gave a throaty moan.

He pumped himself inside her, and when her head rolled to the side, he bent down and licked a path along her neck. He’d been right—she tasted faintly sweet and salty now, like his sex.

His teeth grazed the soft spot beneath her ear before biting the skin there. She gasped again in surprise and struggled against his hold, but he kept her in place, using her body to ease the ache.

She watched him through half-closed lids, her sex clenching violently, urging him on, her sighs and moans becoming louder, her breathing quicker.

He leaned up, releasing her wrists, and put each long leg over his shoulders.

Holy shit. That angle squeezed him like a vise and made his breath catch.

Blondie was panting now, and he made small, quick thrusts over and over to the spot he knew would make her fucking explode. With a cry, she came, and the throbbing of her climax around his cock was all he needed to fly the fuck apart.

“Goddamn,” he growled, holding on to her thighs with a punishing grip as the orgasm ripped through him.

The restlessness he’d grown accustomed to holding inside left his body as he emptied himself inside her. The peace wouldn’t last long. But he’d revel in it for a few moments, remembering a time when this would’ve been enough.

Evan opened his eyes to look into the sated, brown ones he’d felt watching him come undone. Something in her gaze unnerved him, but as quickly as he’d thought it, it passed, and a confident expression took over.

“Hell of a send-off,” she said with a smirk.

A small smile played on his lips as he eased himself out of her and lowered her legs to the bed. Her hands went to her hips, rubbing the feeling back into them, and any questions that lingered vanished. She made small, pressured circles to the tops of her thighs, and as he sat there watching, still between her legs, she casually brushed her knuckles against her swollen clit.

He knew that, if she continued, he’d have to have her again.

As if she could read his mind, her movements stopped. Then she pushed up to her elbows, swung one leg up over his head to the other side, and gracefully stood. Her fingers deftly twisted her waist-length hair into a knot, revealing faint marks all over the ivory expanse of her back. His markings.

She squeezed back into that tiny dress, running her hands across her breasts before tucking them inside, not even bothering with her bra. She held that out to him on the tip of her finger.

A Wedding Wager by Jane Feather
Superbia (Book One of the Superbia Series) by Schaffer, Bernard
THE BIG MOVE (Miami Hearts Book 2) by Lexie Ray
Casca 2: God of Death by Barry Sadler
Holly Blues by Susan Wittig Albert
Lady in Red by Máire Claremont
Volcanoes by Hamlett, Nicole
Code of the Wolf by Susan Krinard
Saving Room for Dessert by K. C. Constantine
The Mandie Collection by Lois Gladys Leppard