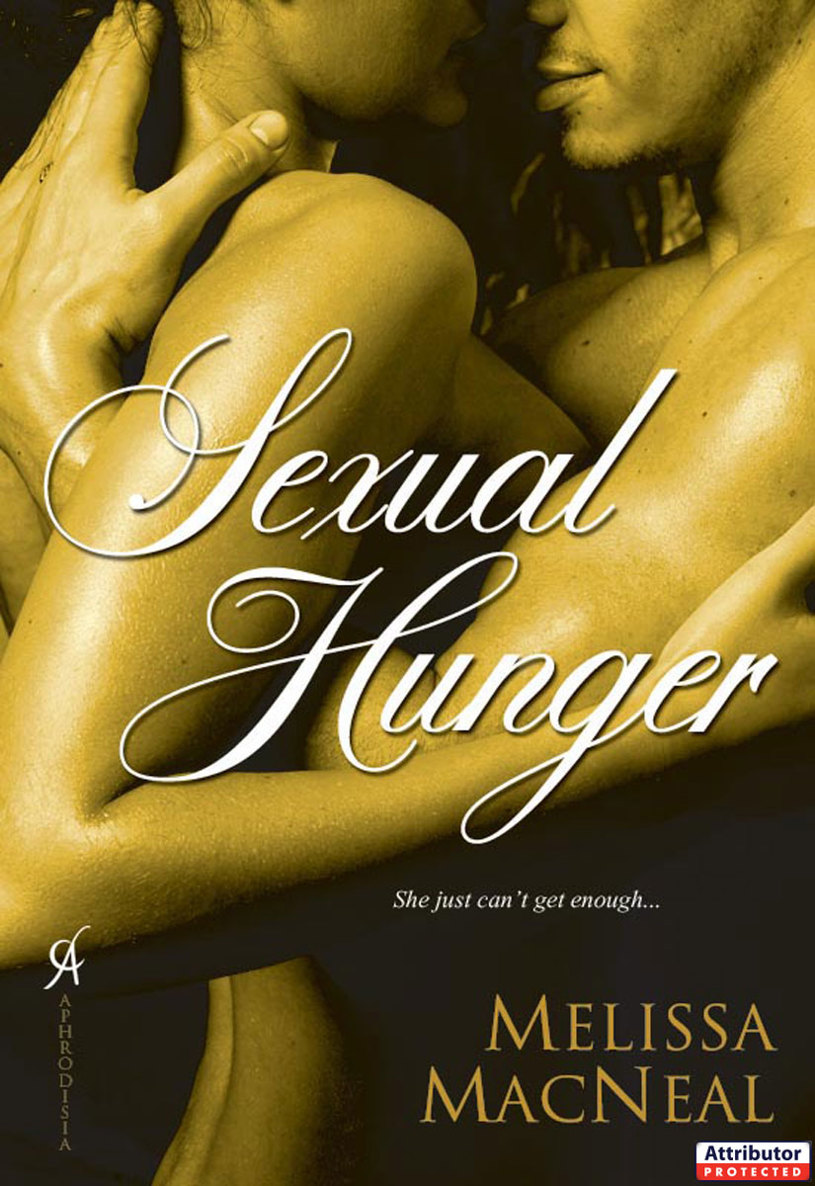 (with Celia May Hart, Emma Leigh, and Noelle Mack)

(with Susan Lyons and Melissa Randall)

TEMPTED BY A COWBOY

(with Delilah Devlin and Vonna Harper)

THE PLEASURE OF HIS BED

(with Donna Grant and Annalise Russell)

ONLY WITH A COWBOY

“I
foresee sexual ecstasy and joy juxtaposed with excruciating pain,” Rubio whispered as he studied the tarot cards on the table. “Deception, yet revelation…a journey into the unknown. Loss of love and life as you now know it, dear sister.”

As her younger brother tightened his hold on her hands, Maria Palladino turned away with a puzzled frown. “How can you predict such nonsense? Jason Darington’s the man of my dreams, and tomorrow when I marry him—”

“Have I ever deceived you, Maria? Knowingly led you astray with my abilities?”

Maria paused, unconvinced. “If you made such grim predictions for members of Queen Victoria’s court, you’d not remain London’s most celebrated medium for long!” She widened her eyes at Rubio. “Mama didn’t tell you to say that, did she? While we loved her dearly, she never drew a happy breath her whole life. I refuse to believe in gloom and doom, the way she did!”

Her brother shook his head poignantly. “I received her gift of second sight, yes, but not her eternal sense of darkness or damnation.” His shoulder-length hair fell in artful disarray around his striking face, framing the relentless brown eyes that had captured many a lady’s fancy at his séance table. The reds and purples in his flowing paisley shirt seemed to glow with his rising agitation. “While I agree that the future Lord Darington is indeed the perfect match for you, I sense trouble…a separation that will tear at your sweet, loving soul. Disparaging remarks and damage to your reputation, through no fault of your own.”

“And what do you mean by
that
?” she demanded. “I see nothing of the sort in these cards! I have better things to do than—”

“I only reveal what my guides tell me, and for your benefit, Maria. Forewarned is forearmed, you know.” His eyebrows rose expressively as another idea occurred to him. “And what happens with Jude when you become his brother’s wife? You can’t turn the poor man’s affections off as though he had a spigot.”

Maria’s cheeks prickled with heat. “And why is that
your
business, little brother?”

“Because no matter whom you marry, you will always be my sister. I will always watch out for you, even though—”

“I hate it when you use your powers to spy on me!” She rose from her chair and swept her brother’s tarot spread from the table. The rest of his well-worn deck scattered on the floor, save one card that fluttered to the toe of her kid slipper.

Rubio’s dark brows peaked. “The Tower. Harbinger of sudden surprises. Bolts out of the blue.” He stood beside her, entreating her with his troubled gaze. “I meant no harm, Maria, and you know it! I shall escort you home, in case—”

“—evil lurks between my door and yours.”

Maria grabbed his head between her hands, gazing pointedly into his hot-coffee eyes. “The only
evil
here lurks in your imagination, Rubio! Your dire predictions will
not
spoil my wedding tomorrow!” She left his studio with a swish of her skirts, driven by a sudden urge to be on her way—away from the brother whose pronouncements often struck too close to the truth.

And that’s what bothers you, isn’t it?

As Maria stepped from Rubio’s dim reception parlor into the light of the early summer day, she regretted her brusque tone, the way she’d mocked his efforts to protect her. Damn it all, he was too often accurate in what he foresaw, and on this day before her glorious wedding she wanted
nothing
to come between her and the happiness she’d awaited so long. She was nearly thirty. It was high time she walked down the aisle. And Rubio’s talk of excruciating pain—loss of love, and deception—well, she could not allow such predictions to block her path to happiness!

As she approached the post office, Maria glanced about at the passersby. She entered the building with a secretive smile and walked to the back of the stuffy lobby area, toward the larger commercial boxes along the wall. Seeing no one, she stood in front of number 111 and then twisted the knob to the right…the left…the right. Without stopping to read the addresses, Maria slipped the week’s letters into pockets secreted in the side seams of her belled skirt. Moments later she strode down the sidewalk again, her mission nearly accomplished.

And how will you keep your sideline a secret, once you become Mrs. Darington? What if those blasted servants snoop in your trunks and armoire drawers before you can dispose of—

“Miss Palladino! How fortunate that I happened by!”

Maria nearly ran into the slender fellow who had stepped into her path while she was lost in thought. And why was the butler from the Daringtons’ town house gazing at her as though he could see through her clothing? Just at the moment she’d been thinking about servants? “Ah, yes—Quentin!” she stammered. “I was attending to a few last details before the wedding!”

“A lovely day for it, too. At your service, dear lady.” He bowed before offering her an elbow. Although he looked excruciatingly proper in his dark frock coat and fresh white shirt, McCallum’s hooded eyes gave him a furtive air. “If you’re returning home, it would be my pleasure to escort you.”

She’d met him just two days ago, when she’d moved her belongings from her apartment, and she was
not
fond of answering to anyone about her comings and goings! Experience told her this man could not possibly detect the stash of letters beneath her worsted skirt, yet he seemed so
intent
on accompanying her. “Thank you, Quentin, but that won’t be necessary! I would hate to detain you from—”

“Not at all, Miss Palladino. Were your groom to learn I’d let his beloved walk these streets alone, I’d be out of a job! And rightly so, don’t you think?”

How could she answer that? He was correct, damn it, but she was tired of the men in her life always being right! “Your secret would be safe with me.”

Quentin’s sideburns shifted with his smile, suggesting he knew too much already. “Very kind of you, Miss Palladino, but please! It would be my pleasure to walk with you. A nice alternative to spending time at Mrs. Booth’s beck and call.”

Maria chuckled. The imperious housekeeper found every excuse to order Quentin around, on the pretext he was much younger and more agile than she. “Please excuse me if I seem impertinent,” she replied more politely. “I’m not accustomed to servants—”

“And we in the Daringtons’ employ will be most happy to indulge your every whim. It’s good to have you and your Jason living in town, giving the two of us something useful to
do
.” Quentin squeezed her hand in the crook of his elbow as they started down the street. “You’ve no idea how Ruthie baits me with her innuendo and improper advances when it’s just her and me! And frankly”—the butler shook his head dolefully—“she’s beyond that sort of thing, you know? All the pity and politeness in the world won’t compensate for slack thighs and saggy—”

“Quentin!” Maria stopped to stare at him, yet couldn’t keep from laughing.

“I’ve gone and done it now,” he said with a sigh. Then he fixed his stricken gaze on her. “Please excuse my indiscretion, Miss Palladino! I had no call to carry on about—”

“Yes, miss, and I’m running out of excuses, too! She fancies herself as my personal goddess—the one to instruct me in the ways of ladies, you see. It’s downright embarrassing!”

While the mental image of the matronly Mrs. Booth shaking a wrinkled thigh at Quentin astounded her, Maria wondered why the butler was revealing his plight to
her
. Wouldn’t he be better off to air his grievance to Jason? Or to Jason’s father, Phillip, Lord Darington, who owned the town house?

“I can’t tell just anyone, you see, because they won’t believe me. And Mrs. Booth would deny it all, of course.”

“Of course,” Maria murmured. She looked at him more closely: while his teeth shone in white contrast to his tawny skin and dark, silky hair, his facial shape reminded her of Jemma Darington’s pet ferret. Even so, she could foresee the distinguished features Quentin McCallum would acquire with age—if Mrs. Booth let him live that long. The old biddy was prone to fits of temper, which might explain why so many butlers had come and gone at the Daringtons’ London address. It was a joke among members of the family, but this beleaguered young man didn’t find it funny.

“Thank you for your kind indulgence, Miss Palladino. I promise to never insult you with my own petty problems again,” he murmured. “A bride’s got better things on her mind.”

“And I hope one of those things would be her groom!”

At the sound of that resonating bass voice, Maria turned to smile at Jason Darington. At last, a man to chase away the perplexing words of her brother and this butler! “And what brings you home in the middle of the day, Jason?”

“Why,
you
, sweet Maria,” he crooned with a suggestive grin. The sun burst out from behind the clouds as though to announce his arrival, and in his natty double-breasted suit of deep blue he seemed the handsomest, most dashing man on earth. Jason tugged his red print bow tie from beneath his collar, and as it dangled provocatively in his hand, he unfastened his top two shirt buttons. “What else could I possibly be thinking of?”

Where the Birds Hide at Night by Gareth Wiles
The Skeleton Box by Bryan Gruley
There Will Be Bears by Ryan Gebhart
La Bodega by Noah Gordon
Crystal Mac: A prologue novella to Captive Series Book 3 HELL'S HILLTOP by Dennam, J. A.
Highland Song by Young, Christine
Metro 2034 by Dmitry Glukhovsky
For the Love of Money by Sam Polk
Almost Innocent by Jane Feather
Tsing-Boum by Nicolas Freeling