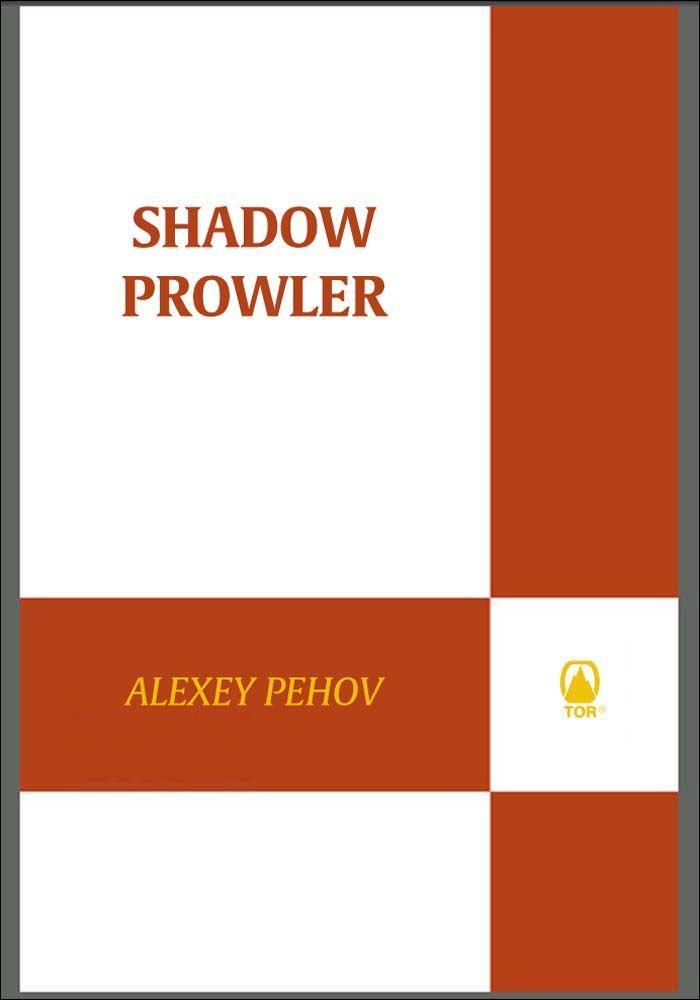 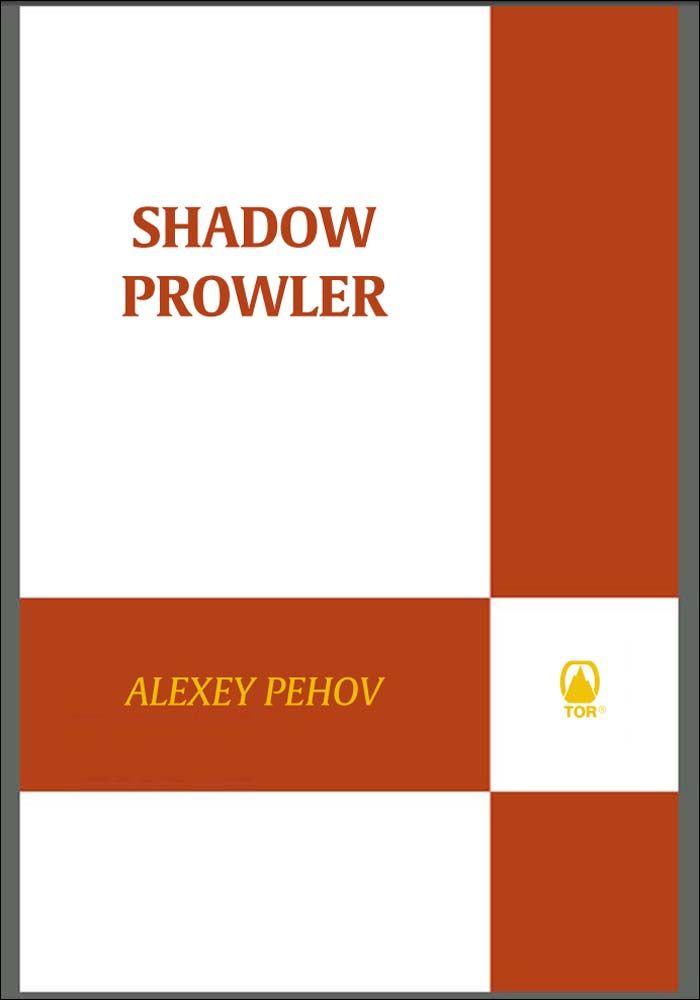 by Alfa-Book in Moscow, Russia

I
would like to thank Robert Gottlieb, my agent, for arranging the publication of my novel in the United States. I would also like to thank Olga Gottlieb for her invaluable assistance, Andrew Brom-field for his excellent translation of my novel from Russian to English, Patrick LoBrutto for incredible text editing, Zamir Gotta for help, the great team of Trident Media Group for professionalism, and, of course, my wife, Elena, for creative vision and all her support.

N
ight is the best time for my kind. When I appear in the street, ordinary people have long been asleep in their warm, soft beds. Old drunks out drinking late won’t brave the city’s impenetrable darkness. No, they would rather spend an uncomfortable night in a tavern.

Night. Silence. Only the hollow echo of the municipal guard patrol’s footsteps bounce off the walls of the old houses and ripple on along Avendoom’s dark streets, dead and empty until morning.

The soldiers hurry along, walking quickly. In the darkest alleyways they break into a run. I can easily understand how these valiant servants of the law feel: no, it’s not people they’re afraid of—any madcaps who might summon up the impudence to attack the guardians of public order will be given short shrift with their heavy battle-axes. What makes them afraid is something else. There are other creatures lurking in the shadows of the stone buildings. Creatures that creep out into the open at this uneasy hour for their nocturnal hunt. And may Sagot help the men of the watch if those vile beasts are feeling hungry.

The shades of night are a refuge for all: for the good townsfolk, fearfully hiding themselves away from dangerous men; for the petty thieves whose one wish is to clean out the respectable citizens’ purses as quickly as possible; for the robbers just waiting for a chance to make use of their knives. And, of course, for the demons living in those dark shades, who are only too happy to prey on good citizens, petty thieves, and robbers alike.

Fortunately, I have yet to run into the demons who have appeared in the city since the Nameless One began stirring in the Desolate Lands after centuries of calm. And that’s why I’m still alive.

Shortly after they pass me, the watchmen’s footsteps fade into silence on the next street.

On the orders of Baron Frago Lanten, the head of Avendoom’s municipal guard, all patrols have been tripled in strength. The rumor is that the artifact that has until now held the Nameless One in the Desolate Lands is weakening, and soon he will burst through into our world from that icy desert covered with eternal snow. War is approaching, no matter how hard the Order of Magicians and the multitudes of priests try to put it off. It’s simply a matter of time. Six months, or perhaps a year—and then all those things they used to frighten us with when we were children will be upon us. The Nameless One will gather together an army and come to us from behind the Needles of Ice, and the horror will begin. Even here, in the capital, you sometimes come across devotees of the Nameless One. And I’m far from certain that the Wild Hearts of the Lonely Giant Fortress will be able to hold back the hordes of ogres and giants. . . .

Once again I have gone unnoticed. My thanks to the shadow of night. The shadow is my helpmate, my lover, my companion. I hide inside her, I live with her, and she is the only one always ready to shelter me, to save me from the arrows, from the swords that flash balefully in the moonlit night, and the bloodthirsty, golden eyes of the demons. No one else cares for Harold . . . maybe Brother For.

“Shadow is the sister of darkness,” says Brother For, Sagot’s kindly priest. And where there is darkness, the Nameless One is never far away.

What absolute nonsense! The Nameless One and the shadow? Entirely different things. You might as well compare an ogre and a giant. The shadow is life, freedom, money, and reputation. Shadow Harold knows about such things firsthand. For a shadow to appear there has to be at least a scintilla of light, and to compare it with darkness is stupid, to say the least. But of course, I don’t tell my old teacher that. You don’t go teaching your grandmother to suck eggs.

It’s quiet. So quiet you can hear the moths scrabbling at the coolness of the night with their fragile little wings. It’s a long time now since the watch patrol passed me and it’s high time for me to be going about my business, but somehow I’m feeling extracautious tonight. . . . Some premonition makes me remain in cover, beside the wall of the building that is submerged in gloom.

There were no suspicious sounds to be heard in that narrow little street with the old stone houses that could remember the old Quiet Times. Nothing but a painted tin sign above the baker’s shop creaking in the faint wind. The slow-stirring grayish yellow mist for which our capital is famous lay thick across the rough stone paving of the road, chipped and battered by the cart wheels. They say the mist was a trick played by some half-trained wizard back in the distant past. But ever since then not one of the kingdom’s archmagicians has been able to rid the city of the consequences of his innocent prank.

The silence alarms me. The only place that is ever this quiet is a rich man’s vault after a visit from one of the city’s bands of petty thieves.

The signboard creaks, the light wind swirls merrily, clouds drift lazily across the night sky. But I stand there, fused with the shadow of the building, trying not to move a muscle. My intuition and my experience of life compel me to listen to the night silence of the city. No street, not even the most deserted, could be as dead as this.

There should be sounds in the night. Rats rustling in the garbage. A drunk snoring away beside them, his pockets cleaned out by thieves who are already sheltering for the night in some dark, narrow hidey-hole. The sound of snoring from the windows of the gray houses. A dirty dog sneaking through the darkness. The heavy breathing of a novice thief lying in wait for his victim, clutching his knife in a palm sweaty from excitement. Sounds from the shops and workshops—even at night the laborious work continues in some of them. But there was none of this in the dark little street wreathed in its shroud of mist. There was nothing but silence, gloom, and a thickening atmosphere of danger.

What Donovan Wants (The Accidental Series, Book 4) by Tina Martin
Arms and the Women by Reginald Hill
The Butterfly Storm by Frost, Kate
Shattered: A Psychic Visions Novel by Dale Mayer
Blackout (Sam Archer 3) by Barber, Tom
Student Body - Taking One for the Team by Hess, A.M.
Stay Dead: A Day With The Dead by Steve Wands
Fighting Fate by Hope, Amity
Shopping for a Billionaire's Wife by Julia Kent
Donald's Death (Cara Daniels Cozy Mystery Book 1) by Gillian Larkin