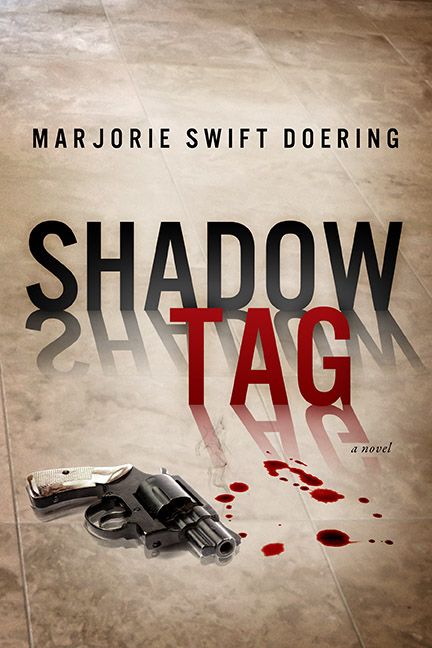 This book is a work of fiction. Names, characters, places and incidents are the product of the writer’s imagination and have been used fictitiously. Any resemblance to events or people, living or dead, is entirely coincidental. The use of the names of real persons, places, organizations or products is for literary purposes only and does not change the entirely fictitious nature of this work.

Let It Be Me (Je T’appartiens)

All Rights for the U.S. and Canada Controlled and Admisistered by UNIVERSAL MUSIC CORP.

All Rights Reserved Used by Permission

First and foremost, I want to thank my family for their never-ending support. Without their wind beneath my wings I’d be left fluttering on the ground instead of reaching for my dreams. So, to my husband Denny, my children, Kathy and Jeff Doering, my granddaughter Chelsey Doering, and my ‘sibs’, Marcia Townsend, Rick Swift and Cindy Jones, you have my heartfelt love and appreciation.

I also owe a tremendous amount of gratitude to my friends and fellow writers: Helen Block, Donna Glaser, Marla Madison, and Dave Tindell—awesome individually and equally awesome collectively as a critique group. Thanks for all you’ve done and continue to do.

This book is dedicated to Denny, my husband, my friend, my love.

“Out of the way, please.” Detective Dick Waverly forced his hefty body through the small crowd loitering outside ACC’s boardroom. “Excuse me. Move aside.” Inundated by the buzz of subdued conversations, he made his way to the room’s closed door and showed his badge to the young cop stationed there. “Get these people out of here,” he said. “Send them back to their offices. I want this area cleared.”

“Yes, sir, but what about them?” The cop jerked his chin toward a group of men huddled away from the others.

“What about ’em?” Waverly asked.

“That’s the board of directors. When my partner and I got here, they were inside the boardroom—every last one of them. We had to usher the assholes out.”

“All right. Keep the board guys here; I’ll start with them when I’m done inside. Get rid of everyone else for now.” Hand on the doorknob, Waverly stopped and glanced toward the group in question. “And you’d better watch your mouth,” he warned the cop. “You’re talking about some of this city’s blue bloods.”

Waverly flashed his badge at the cop’s partner as he stepped inside and shut the door behind him. “So, what’s up with those board of director assholes parking their butts in here?”

“Beats me.” Looking toward the far end of the room, the cop pointed at a single high-backed executive chair facing away from them at the end of a massive conference table. “The body’s down there, Detective.”

As Waverly approached, a wall-wide window provided a view of the Mississippi River, but his focus remained on what was on his side of the glass. Reaching the head of the table, he stepped around the chair. “I’ll be damned.” He took a deep breath and muttered, “I wouldn’t have believed it if I hadn’t seen it for myself.”

The crime scene photos taken in the Alliance Computer Corporation’s boardroom were very good, which made them very bad, indeed. Detective Ray Schiller studied each 35mm shot repeatedly. Like some perverse open book test, it left him with more questions than answers.

The body of Paul Davis, ACC’s Vice-President of Manufacturing, occupied the leather chair at the head of the massive, mahogany conference table. The forty-eight-year-old exec’s fit body remained erect, as though the rod Ray imagined he’d had up his ass was still there. A single bullet had entered Davis’s skull above the left ear, leaving his head canted toward his chest and right shoulder. The entry wound and still uglier exit wound changed the look of Davis’s graying temples from distinguished to disgusting. His dark eyes were open, photographed before enough time had passed for them to turn opaque. The undeniable vacancy behind them said, “Nobody’s home.”

Ray studied the next picture for the fourth time. A pearl-handled .38 caliber Smith and Wesson rested in Davis’s left hand as naturally as if it were a favorite coffee mug. No, not a mug, a cup, he corrected himself—a fine, china cup. A man of Paul Davis’s refined tastes probably insisted on nothing less.

He hadn’t liked Davis—still didn’t in retrospect—but that wasn’t the issue. It made him feel good, in some small way, that he regretted his death just the same; it reassured him his humanity hadn’t slipped beneath the sludge he’d dealt with for the past fifteen years.

In the boardroom photos, the prevalent object was the conference table, ponderous to the point of near immovability. The surface gleamed mirror-smooth and spotless except for the blood, hair, and tissue splattered across the corner nearest the body. The leather chair around the corner of the table received a share of the same while the other eleven seats remained pristine.

The meandering Mississippi could be seen in the distance through an immense floor-to-ceiling window beyond the body. Plaques and portraits lined the boardroom walls. Captured in the crime scene photos was a singularly large oil painting of Davis’s father-in-law, Chester Stockton, founder and recently deceased president of Alliance Computer Corporation. The portrait captured Stockton’s likeness thirty or forty years earlier. Though prematurely gray even then, his hair looked thick and lustrous, his face fuller and far less lined than when Ray had interviewed the man weeks earlier while investigating the murder of Stockton’s daughter.

An astute, highly-regarded businessman, ‘Chet’ Stockton had been brought low by her death. Valerie, his only child, had been the light of his life. Time had gnawed away at the old man’s body, but Ray knew it was the loss of his daughter that had extinguished the fire in Stockton’s eyes. That she’d been murdered compounded the executive’s grief. The
way
she’d been killed made it unbearable.

On a Friday night, she’d arrived alone at the summer home she and Paul owned in Widmer, two hours north of Minneapolis. Two days later, her body had been discovered. Most of it anyway. But that was another story.

The circumstances surrounding her murder forced Ray to follow the evidence to Minneapolis where he and Detective Dick Waverly worked the case together. At its conclusion, Ray hadn’t planned to leave Widmer for Minneapolis, or to seek an upgrade from police officer to homicide detective. But thanks to Detective Waverly and Captain E. Joseph Roth, he now had his own desk at the first precinct station in Minneapolis as a homicide detective—newly appointed.

At this point, he wasn’t sure whether what he owed them was thanks or blame. “Stressful” didn’t adequately describe the pressure involved in dealing with the alleged suicide of Valerie Davis’s husband while Captain Roth held a stopwatch, and Waverly popped antacids.

Ray rummaged in a pocket of the gray jacket he’d flung over the back of his chair. He located the familiar green bottle of Excedrin, popped the cap and dumped an undetermined number of tablets in his mouth—four if his tongue wasn’t mistaken. He swallowed them dry and picked up the crime scene photos again.

Ray ran a hand through his thinning hair. In childhood, he’d answered to the nickname ‘Whitey’, but over time, the shade had mellowed into a hue more closely resembling wet sand. Color never having been a concern, now at thirty-eight, he earnestly hoped it would go gray rather than just going altogether.

The fleeting thought forgotten, his focus returned to the victim. Paul Davis had been a good-looking man. His face would have looked at home on a Roman coin or statue. His broad forehead slanted back slightly, hooding shrewd, dark eyes. His nose was straight and narrow, the nostrils slightly flared. Only a thin, inch-long scar hidden under the left side of the firm jaw marred his aristocratic face.

Probably fell out of his chariot.
“Got to stop doing that,” Ray admonished himself.

Paul Davis had been around the block a few times even if it had been in a Rolls Royce. His chiseled face showed some wear, but overall, he’d aged well. Ray was certain that when God rolled the dice for the son-of-a-bitch, they’d been loaded. Still, some people had a way of making their own good fortune. Not for the first time, he wondered whether marrying Chet Stockton’s daughter had just been Davis’s way of getting closer to her father and the company presidency or if he’d ever genuinely loved her.

Based on the photographs Ray had seen during the earlier case, Valerie Davis had been an exquisite beauty in her youth. The passing years had gradually transformed that stunning beauty into a simpler classical handsomeness. He wondered if that had played a role in Paul Davis’s extramarital affairs.

From ten feet away, Old Spice aftershave heralded Dick Waverly’s approach. “Well, buddy, ya got the case sewn up yet?”

“Give me another fifteen minutes.”

“Sorry, can only give you five,” Waverly joked back. He waved a hand over the reports and photos littering Ray’s desk. “So, what’s your take on all his stuff?”

“I don’t buy that Davis offed himself. Not for a second. You and I both know he was as ambitious as they come. After waiting more than twenty years to take over the presidency of ACC, are we supposed to believe he put a gun to his head after finally getting it? Who’s kidding who?”

“Anybody’s the type when they’re pushed too far,” Waverly said, tugging his pants higher up his beer-barrel belly.

“Right, but some people take a hell of a lot more pushing than others.”

“Granted. But what’s to say Davis hadn’t reached his limit?” Waverly counted off the reasons on his fingers. “First, his wife dies a grisly death—sudden and unexpected. Then his father-in-law, his mentor, kicks the bucket. To top that off, his mistress dies, and that one wasn’t so nice and neat either, don’t forget.”

“Sure,” Ray said, “but how distraught do you figure Davis could be over a wife he’s been cheating on for years?” Waverly opened his mouth to speak, but Ray wasn’t done. “And Davis didn’t cheat with just one woman; Dana Danforth was just his last. If Paul Davis loved his wife so much, why go after another woman in the first place? Each of them lessens the importance of the other in his life. And Chet Stockton may have been a mentor as well as his father-in-law, but Davis probably grieved for all of ten seconds knowing it meant he’d get his shot at the company presidency.”

“You’re still not talking about proof.”

“There was no suicide note.”

“Not everyone leaves one.”

“I know.” Ray squeezed his pulsing forehead between his fingers. “Look, Dick, you didn’t drag me all the way from Widmer because you believe the bastard killed himself. Why all the argument?”

“Because we need evidence, not just your feelings. If you’re a poet or something, fine, but you’re a detective now, so detect. We need to get this damned case closed.”