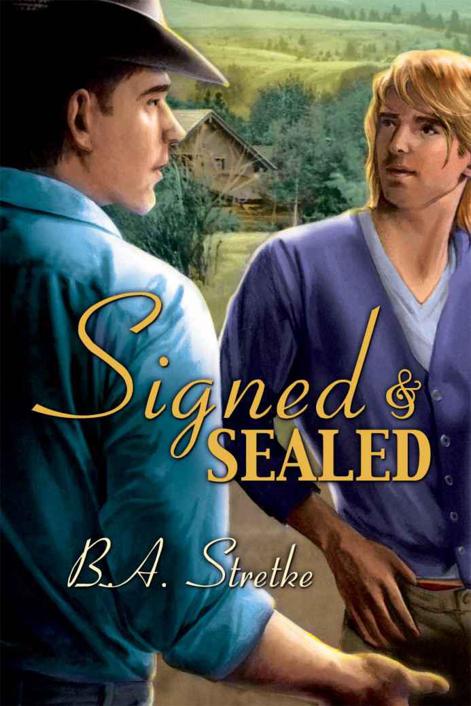 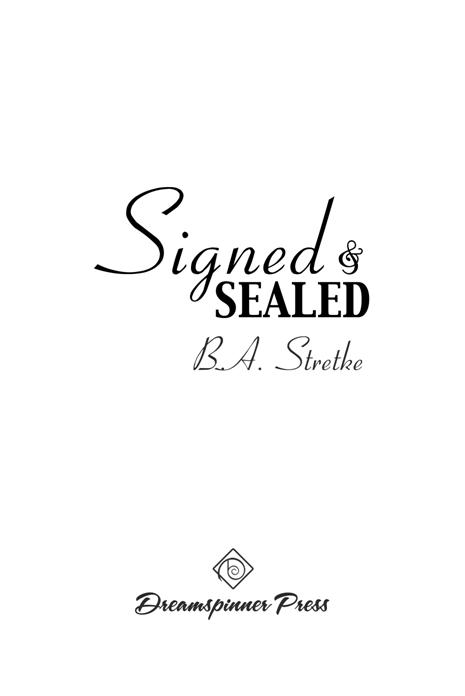 I would like to dedicate this work to my mother Susan, my surrogate mother Lourdes, and dear friend Pat Marchand. Without you, none of this would be possible.

“William Drake?”
the harsh tone of a man’s voice asked.

“Are you Katrina Drake’s brother?”

The question startled him. “Is she okay? Is there something wrong? Has she been hurt?” As much as he disliked and distrusted his sister, he couldn’t handle hearing that she had been hurt or worse.

“She’s fine,” the man cut in quickly and not too gently. “Are you aware that she plans to marry Martin Hunter?” The man sounded very upset, but Will didn’t have a clue as to why.

“No, I haven’t spoken with my sister in quite some time,” Will said cautiously. “What does it have to do with you? Who are you?”

“She doesn’t know who she’s dealing with,” he said sharply. “If she thinks she can carry out this blackmail, then she’d better think again.” He was serious and angry. His voice had taken on a deep, threatening aspect.

“What are you talking about? What blackmail? What is she doing?” Will scrambled for clarification.

“Oh, don’t be coy with me, Mr. Drake. Katrina said that it was all your idea!” He was yelling now.

“My idea?” he yelled back. He was not going to be brought into this. Whatever his sister was up to had absolutely nothing to do with him. “I haven’t spoken to my sister in almost two years. After our parents died, we went our separate ways. So don’t you dare try to make me a party to this… whatever it is! If you have a problem with Katrina, then I suggest you take it up with her.” He was furious now. This man had no right to be shouting at him.

“You, my dear, had better speak with her before she does get hurt. She will marry Martin over my dead body.”

Will tried to lighten his attack but found it impossible. He felt that this man might be telling the truth, but that didn’t lessen his desire to have him take responsibility for the situation and therefore resolve it. “I don’t know what your problem is, and I don’t really care.”

With that, Will slammed the receiver down. How dare he speak to him like that? Will had nothing to do with it. The man had left him angry and upset but also cautiously curious as to what Katrina had been up to. He didn’t sound like someone Will would want to have as an enemy.
I wouldn’t want to be in Katrina’s shoes right now
, he thought. Apparently, the man wasn’t happy about Katrina’s impending wedding.
But what is it to me?
he wondered. He found that he was still staring at the phone long after he’d hung up. It didn’t matter; it was not his affair. Katrina was a big girl, and she was well able to take care of herself. “It isn’t my place to save her,” he thought out loud. “Katrina has survived for the last two years without my involvement in her life and she can continue to do so.”

William walked out onto the beach with his dog, Todd, a beautiful but intellectually challenged Labrador retriever. He needed to get some air after the upset of that phone call. He had no idea who the man even was, and yet, he left an impression that was hard to shake.

It was the threat in his tone that had put Will on edge. Rarely did anyone speak in a manner that left you knowing without a doubt that they were serious and capable of carrying out exactly what they said. This man, Will knew even without seeing, was serious and capable.
How did he get my phone number? Why is he pulling me into this? Why did he call, and what does he expect from me?
These thoughts ran through his mind as he watched a freighter out in the distance. “Katrina is not my responsibility,” he said out loud. “Her business is her own, and so are her enemies.”

He decided to stop thinking about Katrina and the man on the phone, and with a sigh of resolve looked out across the large expanse of Lake Superior. Standing there, surveying his life, he realized he had a comfortable existence. At age twenty-four, he owned his own home and seven wooded acres at Whitefish Point, not far from Lake Superior.

Will had lived on his own since graduating from high school. He’d decided that the University of Michigan was the best school for him, and so lived in a dorm room for the four years it took him to complete his degree in accounting. It was a decision that had haunted him ever since the car accident that took the life of his parents. Perhaps if he had stayed closer to home in East Lansing, he would have had more time to spend with them, but those were thoughts that inevitably lead to depression, so he pushed them aside. No one could recreate their past, so going forward was a person’s only option.

Will was left with only this piece of property from his parents’ estate. They had used it as a vacation getaway. Will would often escape to Whitefish Point and spend weekends and holidays here alone, which brought back depressing memories of time away from his parents, so again he pushed them away. Will considered himself an expert on pushing away anything that was uncomfortable or painful to think about. There were days when he had to nearly shut down emotionally in order to function; guilt and bitterness could be very crippling.

The rest of the estate, in its entirety, went to his younger sister, Katrina. She had inherited more than one million dollars along with all the other property. At the time, the obvious slight had made it tense and unsettling, but over the past two years, he had tried to understand his parents’ reasoning. His parents never fully accepted his sexuality and therefore chose Katrina over him. Will and his sister were never close, so after the funeral, they parted ways and hadn’t seen or spoken to each other since.

As he entered the back door, the telephone began to ring.

“Hello, Will!” To his shocked surprise came the shrill tones of his sister, Katrina. “Guess what?”

“What?” he answered, his voice sounding dry and wary.

“I’m getting married!” she squealed.

“Married?” Will sat down. “To whom?” He decided to play dumb and see what Katrina would tell him.

“Oh, Will, you’re not going to believe this.”

“Oh, I would believe almost anything where you are concerned,” Will cut in.

Hearing from Katrina after all this time and after all of their bitter fights, it just didn’t make much sense. Katrina was after something. She was never this nice unless she had to be.

“Who is he?” Obvious question since Will believed he already knew his name.

“His name is Martin Hunter. He owns a huge ranch here in Montana. He has horses, cattle, sheep, and a string of businesses. He’s the wealthiest man I’ve ever known. We’re talking millions here, Will. Millions!” She screamed so loud that Will had to take the receiver away from his ear.

“I’m very happy for you,” he responded curtly. “Do you really need millions? I thought Mother and Father had left you plenty of money.” His bitterness was evident, but Katrina chose to ignore it.

“You can never have enough money,” Katrina stated coldly. “The reason I’m calling,” she added—
Time to cut to the chase
, Will thought bitterly—“is I’d like to have you at the wedding.” Silence ensued as Will tried to figure out why Katrina wanted him there. It wasn’t sibling love, he knew that for certain. He figured it had to have something to do with that angry man who called earlier. Will wanted to ask questions but really didn’t want to get any more involved than he already was.

“What’s the use of marrying a millionaire if you can’t show off to someone,” Katrina said, and Will started to laugh. Now
that
sounded more like the sister he knew and loathed.