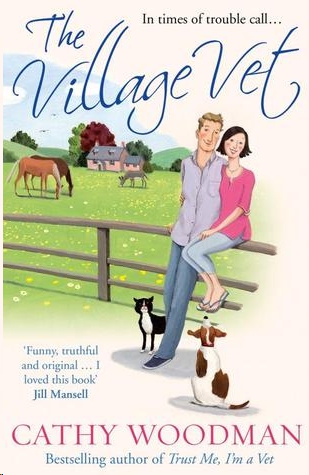 Chapter One: This Year, Next Year, Sometime, Never

Chapter Two: The Princess and the Frog

Chapter Three: Hair of the Dog

Chapter Five: Ducks in a Row

Chapter Seven: The Nature of the Beast

Chapter Fourteen: The Morning After the Night Before

Chapter Fifteen: The Sea of Love

Chapter Eighteen: King of the Forest

In Talyton St George, vet nurse Tessa Wilde is on the way to her wedding ...

It should be the happiest day of her life. But then her car hits a dog, and though the dog is saved thanks to the Otter House vets, her wedding is not.

Animal welfare officer and part-time firefighter Jack Miller spends his life saving animals and people. As one of Tessa’s oldest friends, he feels he has the right to interrupt her wedding and rescue her from a marriage that can only end in tears.

But does he? Tessa is sure she doesn’t need rescuing, least of all by Jack.

When they begin to work together at the Animal Rescue centre, however, Tessa begins to wonder whether being rescued by Jack might not be such a bad thing after all.

Cathy Woodman was a small-animal vet before turning to writing fiction. She won the Harry Bowling First Novel Award in 2002 and is a member of the Romantic Novelists’ Association. She is also a lecturer in Animal Management at a local college.
The Village Vet
is the fifth book set in the fictional market town of Talyton St George in East Devon, where Cathy lived as a child. Cathy now lives with her two children, two ponies, three exuberant Border terriers and a cat in a village near Winchester, Hampshire.

To Tamsin for her brilliant ideas!
To Will for keeping cheerful! 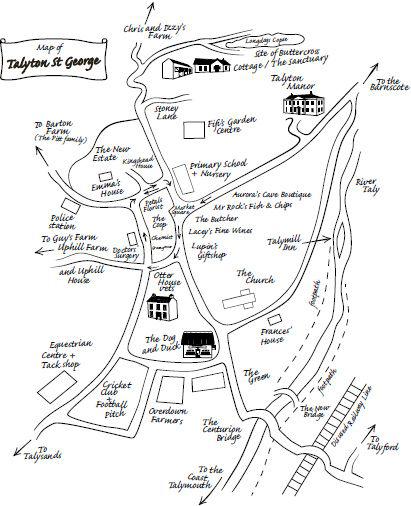 This Year, Next Year, Sometime, Never

IT ISN’T EVERY
day that I get to ride in a Rolls Royce, bowling along the Devon country lanes in the bright April sunshine with my dad at my side, singing ‘Get Me to the Church on Time’ in his rich baritone voice. His enthusiasm is infectious and I’m not sure which of us is most excited, me or him.

The chauffeur takes a right turn at the next crossroads, following the ridge of the steep wooded escarpment where I can just make out through the trees the gleaming meanders of the river, and the church spire and tower rising above the small town below. As the single-track lane widens to form a passing place, a dark four-legged shadow runs out in front of us.

‘What the—!’ The chauffeur slams on the brakes and time seems to slow right down as the car shudders to a standstill. There’s an ominous thud, then silence.

‘No, Tess,’ my dad says, but I’m already out of the door, my dress hitched up around my calves and the heels of my shoes – my beautiful ivory wedding shoes – sinking into the mud at the side of the road as I go
round
to the front of the Rolls Royce to find a big black dog lying stretched out across the tarmac.

‘Oh-mi-god,’ I say, trying to dive forwards to help it, while my dad holds me back.

Hollow with apprehension and shock, I stare at the dog, a handsome boy with a bloody nose and a small patch of white on its chest, willing him to be all right.

‘He’s alive,’ I say with a sigh of relief as the dog lifts his head and gazes blindly towards me, his tongue hanging out from one side of his mouth and his ears floppy against the sides of his broad skull.

‘He looks like he’s seeing stars,’ my dad observes as the chauffeur turns his attention to the dent in the front of the car, which has definitely come off worse. ‘What are we going to do now?’

‘He needs to see a vet,’ I say, looking hopefully towards our driver.

‘Never mind about the upholstery,’ he says dryly. ‘Let’s get him into the car.’

Soon the dog is lying on the passenger seat with blood dripping from his nose, and I’m thinking that this isn’t the most auspicious of beginnings. My dad looks like he could burst into tears and, thanks to his suggestion that we go for a spin first, which seemed like a great idea at the time, we’re running more than could be construed as traditionally late.

‘I’ll drop you off at the church on the way to the vet’s, and take the Roller to the garage for them to assess the damage before I come back to collect you,’ the chauffeur says, putting out his hand to steady the dog as we negotiate the first sharp bend down the hill into Talyton St George, at which the dog sneezes, dousing the air with a delicate red mist.

‘No, we must make the vet’s the first stop.’ I’m a vet nurse and I’ve helped out with enough road traffic accidents, or RTAs as we call them, to know that you can never predict the outcome. Sometimes it’s the animals that look okay at first who don’t make it in the end.

‘She’s right – we must go straight to Otter House,’ says my dad. ‘Do not pass “Go”, do not collect two hundred pounds. Oh, Tessa, do you remember how we used to play Monopoly when you were a little girl? And Scrabble? You always won at Scrabble.’

‘Dad, please, not now.’ The words catch in my throat as I go on, ‘You’re making me feel sad.’ It occurs to me that running the dog over could be a terrible omen, not that I’m superstitious, not really. It’s just that I’ve been badly shaken up. So far my big day isn’t going to plan.

It’s Saturday, market day, and it takes a while to drive through the narrow one-way streets and Market Square, where the local traders are out in force, selling everything from free-range eggs and cider cakes, to country knitwear and carnivorous plants, but finally we reach the vet’s, where the chauffeur stops outside on the double-yellow lines and heads into the surgery for assistance. I offer to help, but Dad insists that I stay in the car, and considering the circumstances, he’s probably right.

I glance at my reflection in the rear-view mirror. My dark, almost black hair is pinned up in a bun with ringlets curling at my cheeks, my eyes sparkle with pearlescent shadow and my lips are stained scarlet, reminding me more of Snow White in
Snow White and the Seven Dwarfs
than myself. I’m the kind of girl who tends to stick with the natural look, my hair falling around my shoulders in waves, and I don’t usually
wear
very much make-up. I love the effect though. I could be a Hollywood actress – Gemma Arterton perhaps, with a small stretch of the imagination.

I sit back and wait, gazing out of the window at the small crowd of people gathering on the pavement to admire the vintage Rolls and catch a glimpse of the bride. Glancing down at the bouquet in my lap, I allow myself a smile. That’s me, Tessa Wilde, and today, as long as someone comes to collect the dog very soon, I’m getting married to Nathaniel Cooper, my best friend, lover and man of my dreams. All right, I’m twenty-eight years old and my dreams have taken a long time to become reality, but it’s happening at last.

The chauffeur is back, opening the passenger door with a practised flourish for one of the vets from Otter House – Maz, one of the partners – to get the dog out of the car. In lilac scrubs and with a wedding ring dangling from a chain around her neck, she reaches in to slip a rope lead over the dog’s head. As the rope tightens around his neck, he growls and throws himself out of the door, before staggering blindly across the pavement. Maz guides him towards the surgery, keeping a firm grip on the end of the lead, while the chauffeur returns to the driver’s seat and, out of concern for the bride’s sensibilities perhaps, lays his suit jacket over the pool of blood the dog has left behind.

‘It doesn’t take more than a couple of minutes to reach the church from here,’ he says, restarting the engine, which rumbles and purrs like a big cat. ‘I’ve never yet failed to get a bride to her wedding on time,’ he adds, at which my dad looks like he might cry again.

‘Please don’t.’ I reach out for his hand and give it a squeeze. ‘The dog’s in the best place.’

‘I’m not upset about the dog.’ His face is red, the effect of the champagne we shared before we left the family home, where I’d spent my last night as a single woman. ‘Oh, I’m sorry, darling, I’m worrying you.’ He unfurls a patterned handkerchief from his top pocket and blows his nose loudly.

‘Dad, that’s part of your outfit.’ I start to chuckle, finding that I can’t be cross with him. ‘You’re supposed to coordinate with Nathan and Mike.’ Mike’s the best man.

My dad apologises again. ‘I can’t help it. You might be all grown up now, Tessa, but you’re still my little princess.’ He turns and slides his arms around my shoulders without regard for my veil or flowers and gives me a bear hug. Tears prick my eyes as I clasp my hands behind his neck. ‘I know your mum keeps telling me I should think of this as gaining a son-in-law, not losing a daughter, but I don’t like the idea of giving you away.’

‘I thought you wanted me to be happy?’ I say softly.

‘Of course I do,’ Dad says, pulling back. ‘Take no notice of me. I’m feeling a bit overwrought.’ He flashes me a grin. ‘I shouldn’t have had that drink.’ After a pause, he goes on, ‘Aren’t you nervous? I was petrified when I married your mother.’