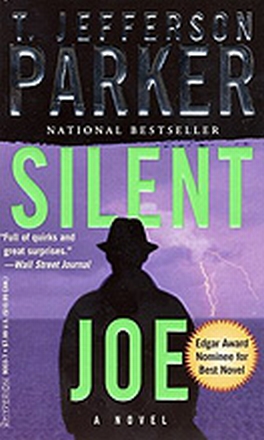 For Fritz and Flo,
who have known me longer than I've known myself, but still invite me into their home and meadow

This from the boss, Will. Will Trona, Orange County Supervisor, First District. Mary Ann is his wife.

"Talk while you drive. Are you carrying?"

Will was on edge again. Lots of that lately. He sat down beside me like he usually did. Never in the backseat unless he was in conference. Only in the front, where he could watch the road and the gauges and me. He loved speed. Loved coming out of a turn with his head thrown back against the rest. He'd always ask me how I did it, go that fast into a turn and keep the car on the road.

And I always gave him the same answer: "Slow in, fast out," which is the first thing they teach you about curves in any driving school. A car can do things most people think are impossible.

We headed down from Will's home in the Tustin hills. It was evening in the middle of June, the sun hanging in a pink haze of clouds and smog. Lots of new mansions up there, but Will's house wasn't one of them. Supervisors make a decent salary, plus some perks. Orange County is the most expensive places in the country. Will's place was a tear-down by the new standards of the neighborhood. Just old and plain, nothing wrong with it besides that.

In fact, it was a good house. More than good. I know because I grew up in it. Will's my father, kind of.

"First stop is the Front," he said, checking his watch. "Medina's finally peeking out the windows again."

He talked without looking at me. Leaned back his head, eyelids half down, but his eyes moving. He usually looked like he was disappointed with what he saw. Like he was judging it, trying to find a way to make it better. But there was also something affectionate in his expression. Pride of ownership.

Will reached down between his feet and snapped open his leather briefcase. He took out the black calendar, set the briefcase back on the floorboard, then started scribbling with a pen. He liked to talk while he wrote. Sometimes it was to himself, and sometimes it was to me. Growing up with him since I was five, working nights for him since I was sixteen, I've come to know when he's was talking to me or talking to himself.

I'd already thought about it. I checked the rearview as I answered. "Distance yourself. Five hundred votes isn't worth the scandal."

"That's shortsighted, Joe. Mean-spirited and stupid is what it is. I get the whole Latino vote thanks to Medina, and you think I should toss him overboard? Who taught you to treat your friends like that?"

Will's always teaching. Testing. Revising. Arguing it out. Saying things to see how they sound, to see if he believes them or not.

I've learned to see some things Will's way. Other things I'll never learn. Will Trona made me what I am, but even Will can only do so much. I'm less than half his age. I've got a long way to go.

But one thing Will taught me is to make up your mind fast and put the whole weight of your being behind that decision. Instantly. Later, if you have to change your mind, put all your weight behind
that
decision. Never be afraid to be wrong. Will hates only two things: indecision and stubbornness.

So I said, "You need the Latino vote to carry the First District, sir. You know that. And those votes won't go away. They love you."

Will shook his head and wrote again. He's a handsome man, build, strong in the neck and deep in the chest, with hands that got strong and dark working summers in construction, helping himself through school after Vietnam. Black hair combed back, gray on the sides, blue eyes. When he looks at you it's the same expression he gets in the car, head back a little, almost sleepy, but the eyes are alert. And if he smiles, the lines his fifty-four years frame it in a way that convinces people that he knows and likes them. Most of the time, he does.

Mouth shut, eyes open. You might actually learn something.

One of Will's earliest lessons.

He closed the calendar and slid it back into the briefcase. Click shut. Looked at his watch again. Then he leaned against the headrest lowered his eyelids halfway and watched the white middle-class boulevard of Tustin become the barrio of Santa Ana.

"How was work today?"

"It's always quiet in there. Until there's a fight or a race riot."

Down on Fourth Street, not far from the jail where I work, there's the Hispanic American Cultural Front. It's Jaime Medina's outfit. HACF does good things—distributes money and goods to the Hispanic poor, offers scholarships and stipends for needy students, expedites immigration, shelters families in crisis, all that.

But because of this misunderstanding about when Medina's almost-citizens could vote, the DA is considering closing down the place on charges of conspiracy and election fraud. They raided the HACF building last week for records. Front-page picture of guys in suits lugging cardboard boxes to a van.

Will shouldn't have been going there, with an investigation pending. And he's good friends with the DA, Philip Dent—one more reason to keep his nose clean while the investigation played out. But Will also represents Medina's district on the Board of Supervisors, a district you can't win without the Hispanic vote and Hispanic dollars. Another political pinch, one of the thousands in any supervisor's life. Sooner or later he'll have to take a stand, because, as Will taught me early on, politics is action.

"Joe, Jennifer is going to have something for us. While I'm talking to Jaime, put it in the trunk and lock it."

I turned left off the boulevard, checking the mirrors again, looking out at the
zapateria
on one corner, the bridal store on the other with all the white-laced mannequins in the window. I studied the cars behind us, the people on the sidewalk. I was a little nervy myself that evening. Something in the air? Maybe. Maybe nothing that obvious. Even with the windows up and the air conditioner blowing you could hear the Mexican music jumping from the
discoteca.
A polka on mescaline. A dark-faced man in a white cowboy hat and boots stopped at the curb to let us turn, maybe recognizing Will Trona's car, maybe not, his face a walnut deadpan that had seen everything and was no longer impressed by any of it.

Then into a dirt parking lot in the shade of a huge pepper tree, facing the back door of the HACF headquarters. We stepped into the pleasant heat and Will, dressed in his usual trim dark suit and carrying his leather briefcase, led the way in.

The back doors were locked so Will rapped hard.

The door cracked open, then swung all the way.

"As usual, you're not funny," said Jaime. He was a slender young with stooped shoulders, tortoiseshell eyeglasses and khaki trousers looked two sizes too big. "The racists raid me and you run away."

Medina turned and walked down the hall, Will following, then me.

They went into the office and Jaime shut the door behind then acknowledging me for the first time with a hurried nod as the door shut. I was use to being ignored, prefer it. With a face like mine, you don't people paying attention to you. One of the first things Will taught me was that people were far less eager to gawk at me than I thought they were. He said that most people were afraid to even look. He was right. That was nineteen years ago, when he first took me into his home.

I went down the hall, through a set of saloon doors and checked workroom. There were six stations: desk, phone, stacks of papers three chairs at each for clients. American flag on one wall, Mexican on the other, travel posters, soccer posters, bullfight posters.

No clients since the raid.

No workers since the raid, except Jennifer, the assistant director under Jaime.

"Good evening, Miss Avila." I took off my hat.

She came over, offered her hand and I shook it. She's a black-haired beauty, thirty, divorced with two. Smooth fingers. Wearing a man's cotton shirt tucked into her jeans, small waist, nice straight shoulders, boots. She changed to an apple red-lipstick a few months back, after a year of cinnamon brown.

"Will must be here."

"They're in Jaime's office."

She looked past me down the hall, just a reflexive glance, then walked back to her desk. Jennifer is taken with the boss. This is one of the many secrets I'm not supposed to know. The world is layered with them.

She said, "That thing for you is over by my chair."

It was a U.S. Open tennis bag, a big black one with a blazing yellow ball on it. Heavy. I carried it back out to the car and set it on the asphalt while I disarmed the alarm and opened the trunk. Then I set it in and spread a blanket over it, locked the trunk again, set the alarm.

Back inside I got a magazine from the lobby, then rolled a chair into the hallway and sat outside Jaime Medina's office.

An Innocent in Paradise by Kate Carlisle
Rock a Bye Baby by Mia Dolan
The Secret of the Dread Forest: The Faire Folk Trilogy by Gillian Summers
What You Remember I Did by Janet Berliner, Janet & Tem Berliner
Sweet Cheeks by K. Bromberg
Death on the Sound by Wayne Saunders
i 077f700896a1d224 by Unknown
The Bayou Trilogy: Under the Bright Lights, Muscle for the Wing, and The Ones You Do by Woodrell, Daniel
The Shepherd's Crown by Terry Pratchett
The Disinherited by Steve White