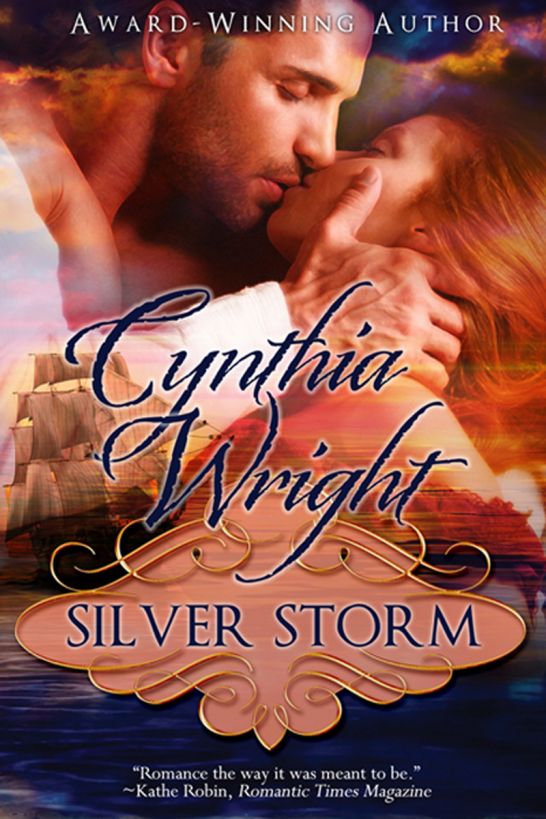 Without limiting the rights under
copyright(s) reserved above and below, no part of this publication
may be reproduced, stored in or introduced into a retrieval system,
or transmitted, in any form, or by any means (electronic,
mechanical, photocopying, recording, or otherwise) without the
prior permission of the copyright owner.

This is a work of fiction. Names, characters,
places, and incidents either are the product of the author’s
imagination or are used fictitiously, and any resemblance to actual
persons, living or dead, business establishments, events or locales
is entirely coincidental.

The scanning, uploading, and distributing of
this book via the internet or via any other means without the
permission of the copyright owner is illegal and punishable by law.
Please purchase only authorized electronic editions, and do not
participate in or encourage electronic piracy of copyrighted
materials. Your support of the author’s rights is appreciated.

(many now available as

YOU AND NO OTHER

A BATTLE FOR LOVE

Excerpt from: SURENDER THE
STARS

The afternoon sun hung high above the tiny
Linen and Pewter Shop, hinting at the summer to come, while inside
the narrow building the heat was exaggerated by quiet. There had
been only two customers all day.

Deborah Lindsay sat in a worn ladder-back
chair near the doorway in a wide beam of sunlight. Her fingers,
rough but still delicately shaped, worked quickly at the large
piece of white netting spread across her lap. When completed, the
embroidered canopy would bring a fine price, but Deborah's face was
pinched with worry all the same; anxiety had pressed tiny creases
into her thin countenance. No one would describe her as pretty now,
though not so long ago her fair-haired beauty had turned heads on
every street.

Her eyes burned. Blinking, she glanced up at
Devon, her thirteen-year-old daughter. Typical! The girl stood at
the other end of the shop, polishing-cloth and pewter bowl in her
motionless hands, gazing out the small window toward the Thames
River.

Just like her father! Deborah seethed,
blaming Hugh more than Devon, though she felt guilty about
harboring such bitter feelings for a dead man. Had it been only
sixteen years ago that Hugh Lindsay had turned her world upside
down? Daughter of one of the wealthiest merchants in Boston,
Deborah could have married any man. Hugh, a successful young sea
captain, had dined at her family's home and captivated her with
tales of adventure and far-off places. They were married within a
month, then he kissed her goodbye and sailed off to the West
Indies.

It wasn't long before the stars in Deborah's
eyes began to dim. Hugh was a handsome, magnetic man, but his first
love was the sea and she could never hope to compete with it. They
settled in New London, and within five years she gave birth to two
beautiful children.

Jamie was her delight. He was blond,
sweet-tempered, considerate of her feelings, and he comforted her
during the lonely years when Hugh was only an occasional visitor in
his own home.

Devon, the younger child, brought Deborah
aggravation and little else. Her red-gold hair didn't quite match
the darker fire of Hugh's, but even as an infant her eyes had
sparkled like his, and the girl was happiest when running free
along the banks of the Thames.

Deborah's life had splintered one sunny day
in 1772 when Jamie announced that he was going to be a cabin boy on
Hugh’s next voyage to the West Indies. He was only twelve years
old, but Deborah's heart sank as she recognized the eager gleam in
his eyes. For the first time her resentment toward Hugh flared into
hatred.

Three months later, Hugh and Jamie were
killed in a hurricane off Trinidad.

Deborah became the bitterest sort of
survivor. Hugh had been in debt, due partly to the import duties
imposed on the West Indies trade by the Townshed Acts. Their fine
house was sold and she and Devon moved to the upper floor of the
Linen and Pewter Shop, owned by Zedidiah Nicholson. "Nick," though
two decades older, had been Hugh's closest friend. After amassing a
small fortune as a sea captain, he’d become a merchant, eventually
building several stores, a warehouse, a wharf, and sending out his
own ships. Deborah worked feverishly in his Linen and Pewter Shop,
hoping to save enough money to buy the shop from the wages she was
left after rent and food, and from the handmade goods and bonnets
she included in the stock. It was a dim prospect, but one that gave
her life its only purpose.

Deborah finished knotting the white net
before looking up. She knew what the girl would say, and her face
tightened.

"Mother?" Devon repeated hopefully. "I
thought that since it is such a quiet day, I might go out and pick
berries. I saw some lovely ones yesterday above Winthrop's
Cove..."

Her eyes, so wide and blue, were pleasing.
Hovering on the brink of girlhood, Devon was already a glowing
promise of beauty. Her strawberry-blond hair shimmered in the
square shaft of sunlight that slanted through the window, curling
against her face and down her back. Spring had barely arrived, but
already her skin was peach-gold, her small body lithe from
exercise.

Deborah frowned. The girl was undisciplined,
useless. It was impossible to get any work out of her. Mother and
daughter stared at each other across bolts of linen.

"Go on," Deborah said, her voice brittle.
"Go! You aren't worth anything to me here. I don't know why I put
up with your laziness. I'd be better off alone." Devon was already
running for her basket. "I expect you to return with that basket
full. Do you hear me? No excuses! And stay away from Nick! I won't
have him poisoning your mind with those sea tales of his!"

"Yes, Mother!" Devon sang as she dashed out
the door.

Outside on Bank Street, which was commonly
called "the Bank," the air was mild, fragrant with new flowers and
grass. The Thames River lay before her to the east, flowing into
Long Island Sound to the south of New London. Water was as familiar
to Devon as land, for her town depended on its ideal harbor, one of
the longest and deepest on the Atlantic coast.

Breaking into an exuberant run, she rounded
the corner of State Street and peered through the window of
Gadwin's Drug Shop. George Gadwin, framed by shelves of apothecary
bottles, spotted her impish face and grinned.

He opened the front door and said, "Morgan
hasn't returned home from school yet, Devon. Shall I give him a
message?"

"Yes, Mr. Gadwin! Tell Morgan I'll be at the
cove. He knows where."

With a smile and a wave, she was off again,
running straight toward the Thames, basket swinging and curls
flying. She turned the corner of the waterfront street known as
"the Beach" and collided with something, head-on. Her calico skirts
billowed as she sat down hard on the cobblestones. Feminine
laughter rang nearby, then lean, dark hands lifted Devon
effortlessly and dusted her off. Shielding her eyes in the
sunlight, she squinted up into a face that made her heart skip. She
was used to hardy seamen—had grown up surrounded by them—but this
man was in a different class altogether. Cool gray eyes met hers
briefly before shifting to the chestnut-haired girl who held his
arm so tightly. Devon had an impression of strength, magnetism, and
dangerous good looks that surpassed those of any man she had ever
seen. His eyes were nearly silver-colored, his hair raven-black,
and a thin white scar traced his brown jaw.

"Excuse
me,"
he replied in a low, wry
voice. With a French accent, thought Devon. "You are not hurt?
Good." A fleeting bow, then the man and his lushly beautiful
companion passed Devon and continued around the corner. She
followed, watching his broad shoulders and narrow hips in
fascination.

A horse stopped beside her, but she did not
notice.

Finally she heard and looked up. A well-loved
face smiled down from the open chaise. "Nick!" she exclaimed,
immediately climbing up beside him.

"Where were you, child?" he inquired
affectionately.

"I was looking at that man, Nick. Do you see
him?" She leaned over the side, pointing at the distant
shoulders.

Nick pulled her back in, bushy gray eyebrows
raised in surprise. Was it already beginning for her? He sighed,
remembering that she’d just had her thirteenth birthday. Was it
only a year ago that she’d furiously wiped her mouth when kissed by
a neighbor boy?

"Yes, yes, I know the man. Don't fall out of
the carriage, Devon!" He snapped the reins and they clattered off
down the street. "It's Andre Raveneau. He's a French sea captain
and a good one at that; full owner of a newly built privateer
called the
Black Eagle,
and quite famous for escaping at the
crucial moment from the most impossible situations. Never lost a
ship, they say, and not yet thirty years of age."

"Goodness!" Devon breathed. "What is he doing
here?"

"He's just arrived with a ship full of
European goods, but it is my opinion that there's more to it."

"It's none of your affair, child. And you
shouldn't be staring at men yet! You are not old enough."

Devon surprised him by blushing, and he asked
quickly, "What did you learn at school this morning?"

Devon forgot Andre Raveneau as she recounted
the morning's lesson. She never missed a day at school, though the
hours for girls were from five to seven in the morning, and she
adored Nathan Hale, her young teacher. He was strict yet fair,
idealistic and patient, and Devon drank in every word he spoke.

By the time she finished speaking, the chaise
had passed the procession of handsome vessels anchored along the
Thames, and Nick said, "Well, Devon, this is where I turn. I gather
you are bound for the cove?"

"Yes!" she laughed. "I have to fill this
basket with berries, or Mother won't let me out again in the
afternoon."

Hopping down to the grass, Devon turned back
to ask, "Where are you going?"

"I've a meeting with Nathaniel Shaw and a few
other men. It seems that a post rider's brought Shaw important
news."

"Well, I hope it's exciting! Thank you for
the ride, Nick."

Zedidiah Nicholson paused, the reins slack in
his hands, watching her small figure scamper up the green hill. His
face, still handsome after nearly sixty years, puckered in a sigh.
Devon was leaving childhood behind, and he prayed she would learn
caution as she matured.