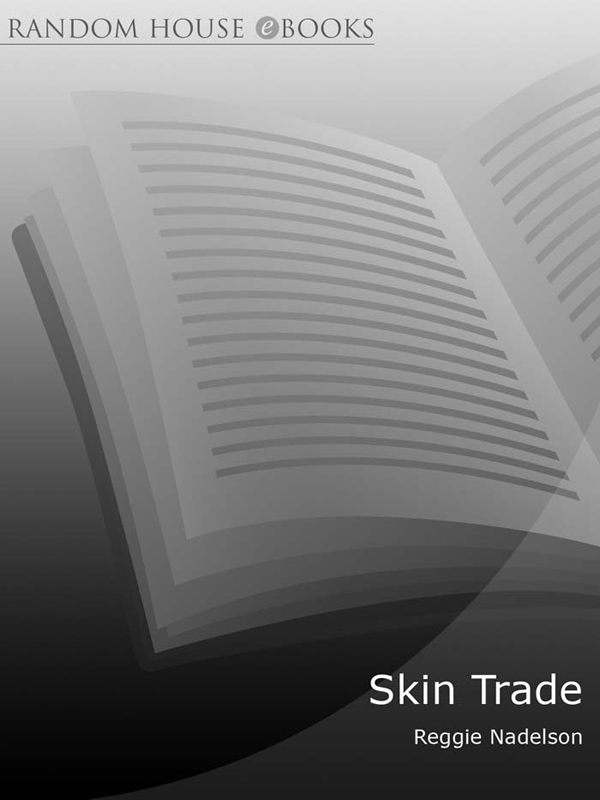 Published in the United Kingdom by Arrow Books, 2006

Reggie Nadelson has asserted her right under the Copyright, Designs and Patents Act, 1988 to be identified as the author of this work.

This novel is a work of fiction. Names and characters are the product of the author's imagination and any resemblance to actual persons, living or dead, is entirely coincidental.

This book is sold subject to the condition that it shall not, by way of trade or otherwise, be lent, resold, hired out, or otherwise circulated without the publisher's prior consent in any form of binding or cover other than that in which it is published and without a similar condition including this condition being imposed on the subsequent purchaser.

First published under the title
Sex Dolls
in the United Kingdom in 2002 by Faber and Faber, London

Papers used by Random House are natural, recyclable products made from wood grown in sustainable forests. The manufacturing processes conform to the environmental regulations of the country of origin

For
Alice, Fred and Justine,
with love

A journalist and documentary film maker, Reggie Nadelson is a New Yorker who also makes her home in London. She is the author of seven novels featuring the detective Artie Cohen (âthe detective every woman would like to find in her bed'
Guardian
), most recently
Red Hook
. Her non-fiction book
Comrade Rockstar
, the story of the American who became the biggest rock star in the history of the Soviet Union, is to be made into a film starring Tom Hanks.

The fireworks light up Lily's face so bright she looks like a ghost. London crackles with the light and noise, the showers of gold, red, blue, white lights that spray from the cold black sky and tumble in waterfalls into the river. As we lift off, there's music from bands, some along the promenade by the river, some on barges or dinner boats named for exotic fish and jammed with people. Cubans somewhere play a lilting tune. The glass capsule we're in seems to sway in time to it and we gaze out at the lights, the city, our arms tight around each other, rising above the ground on the big wheel, dancing in the air to the Cuban music, me and Lily.

From above, London is a jewelled city. We're alone in our private sky-pod, this see-through spaceship that ascends slowly on the rim of the amazing wheel. I managed to pull some strings and reserve a capsule just for us. It cost me a bundle and, when we arrive, Lily says I'm nuts to have spent the dough, but I think she's pleased. Under my jacket is a bottle of Champagne; a couple of glasses are in my pocket.

An announcement over the intercom informs us that eating and drinking on board is forbidden, but I wink at Lily. What are they going to do? Haul us down from the top because we're sipping Champagne? Call the cops? I'm feeling great. I'm a little bit high. We've been drinking Champagne all night. Maybe when we get to the top I'll propose, try to get her to marry me. Ask her again. She always turns me down, but it's New Year's Eve.

Before we board the “flight”, as they call it, we're hustled, all of us, the whole merry crowd, into a makeshift building where we get our pictures taken. They do it by computer, blue-screen the ferris wheel in later, so you appear to be on board. You can buy the pictures after the ride. Everyone poses and jokes and cheeses it up for the camera. A guy, he's wearing a silly Beatles wig, is getting his photo taken at the same time; he stares at Lily, then disappears. I don't blame him; she's looking gorgeous; I'd stare at her, too. I do.

We get lucky that night. Most of the capsules have official attendants, like aircraft, but not ours. The guy who should be on ours is late and we see him running towards us just as the wheel moves up. We're alone together. I smile at Lily like a lunatic.

The riverside promenade is spangled with white lights. All night long, everyone dances, strangers kiss, laugh, link arms, sing “Auld Lang Syne' before and after midnight, and anything else they can think of: “Rule Britannia”; “Yellow Submarine”; “The Star Spangled Banner”; “Satisfaction”; it doesn't matter. Happy New Year.

It's still early as the buildings below us along the river fall away. The hard drunks will come out later, but for now everything is sweet. Then I see Lily's face against an ecstatic waterfall of green-gold fireworks.

I can see her too clearly. The faint down on her upper lip seems to flutter nervously, the odd dots of dark color in her light blue-gray irises tremble, her eyelids snap open and shut too fast. Most of all, there's some kind of repressed terror on her face that's so pale it seems the noise, light, music, crowds, have drained the life out of her. Only the tiny diamonds I got her for Christmas sparkle in her ears. Lily has these little ears, too small for her head, very pink and polished. Her right earring catches the lights. In our glass cabin, I list in her direction, grinning. “What's wrong, sweetheart? What is it? Tell me.”

It's not the wheel she's scared of. Not the heights. Lily climbs mountains. Literally. It's me who hates high places normally, but it's New Year's and, until I see her terror, I'm happy â happy as I've ever been.

“Is it this?” I gesture at the wheel. “You're not scared, are you?” I tighten my arm around her waist.

Inside my arms, she's stiff with tension. Her body's rigid. Her eyes move in every direction. I think about that plane where the oxygen shut down. After that it flew for hours without a pilot, drifting, up, down, changing altitude, flopping over. When a couple of Air Force jets caught up with it, the pilots saw the windows were frosted over and they knew everyone inside had
frozen to death. Later, in South Dakota, the plane crashed. It was all on TV and the whole four hours, Lily had stayed glued to CNN. “Sometimes I feel like that plane,” she'd said.

But that was years ago. Things are good. Ever since we met in New York on a hot summer night when we shared a smoke on the sidewalk like conspirators, she made me want to please her. I don't know, she just got to me, right away I felt it. She got under my skin from the beginning and I wanted to please her. In bed. Out. Maybe too much. She's self-contained and vulnerable, smart, sexy, curious. Lily's interested in the world, and she makes me better. She makes me laugh. Most of all what I fell for was her lack of guile.

I was born in Moscow and if, like me, you come from a place where everything is secret, masked, half-said, it takes years to shed the duplicity; it's bred in your fucking bones. Even after I got to feel American, even now after twenty-five years in New York, I can feel the corrosions of Russia and I hate it. With Lily there are never any smuggled messages. Until now. Something's happening now. I don't understand.

We got to London after Christmas. She was a little moody once or twice, preoccupied, but I figured it was a minor outbreak, like the flu. Lily keeps things under wraps. She gets scared sometimes, mostly by her own demons, then everything shifts back to normal. When I asked her, she'd shrugged it off. “Call it hormonal,” she said. “I'm fine, OK?”

In her hand now, Lily clutches a Champagne glass hard enough to break it. I take it away from her, swallow the rest of her wine, but it's warm and flat. “Lily? Talk to me. Sweetheart? Please.”

“Let's just watch.' She stares out of the window.

So I hold her and look down. I'm happy being back in London because it makes her happy and because now I have a smell for it. I never thought I could love any place except New York City. London ruffles my certainty. There are things here I love, the river most of all. I love the way they speak the language, ice maidens on the radio and TV who make the language spin like cut glass, cabbies with the ripe nasal whine. London is endless, huge, bigger than New York, open all night, gridlocked with traffic, buzzing, hungry, a city-state teeming with people from everywhere: Indians, Pakistanis, Chinese, Ethiopians with their exquisite carved faces, American tourists lumbering around in good-natured groups, the French looking svelte and shouting at each other, the Japanese scurrying behind a leader with an umbrella held over his head.

Doll of Mine (A Dia de los Muertos Story) by Lila Felix
To Kill a Kettle Witch (Novel of the Mist-Torn Witches) by Barb Hendee
The Call of Zulina by Kay Marshall Strom
America's Fiscal Constitution by White, Bill
Saven Disclosure (The Saven Series Book 2) by Siobhan Davis
The Devil's Lover: The Wish by Dahlia Lu
The Christmas House by Barry KuKes
House of Glass by Jen Christie
The Crystal Legacy (Book 2) by C. Craig Coleman
Gray by Pete Wentz, James Montgomery