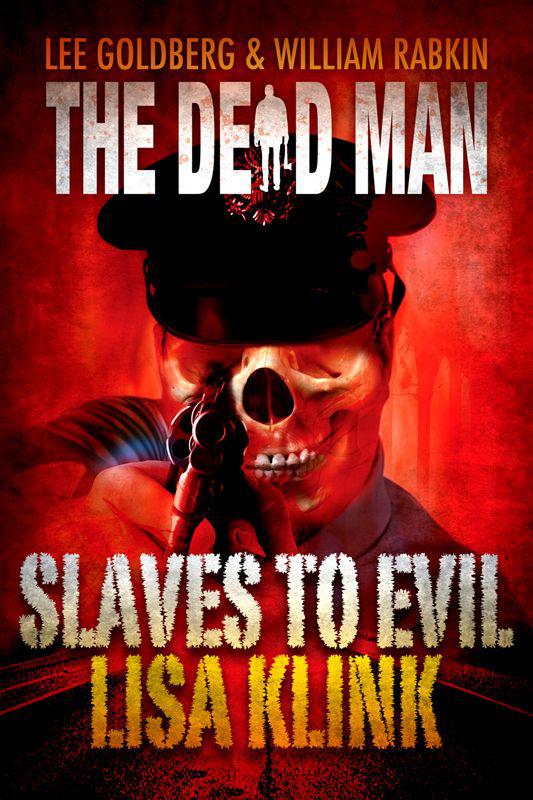 “You’re killing me!” the man in the Vikings cap screamed at the cheap TV. “Arceneaux was wide open!”

The crowd in Ziggy’s bar heartily agreed. Matt, who had no particular opinion on the subject, shouted, “Get some glasses!” He was in Minneapolis, and getting caught up in the excitement of the hometown crowd felt pretty good. Particularly when there wasn’t a lesion or pus-filled sore among them.

For the first time in recent memory, Matt was actually having fun. He was getting shitfaced with a bunch of strangers in a sports bar he’d wandered into, yelling at whatever game happened to be on. It was a welcome release after the horrific experiences of the past few months. He pushed those dark thoughts away. The Vikings had the ball.

A ruddy-faced drunk (Dave…or was it Steve?) clapped Matt on the shoulder. “Don’t worry. They’ll turn it around.”

“Course they will,” said Matt.

Probably…Dave waved at the bartender as he headed for the bathroom, gesturing back toward Matt. “Two more!”

Matt didn’t bother pretending to protest. Who was he to turn down free beer? He drained the last swallow from his mug, his face pleasantly numbed by alcohol.

As a matter of fact, the Vikes did turn it around and squeaked out a 26–25 victory over San Diego. In the ensuing celebration, Matt got to talking with Ty, a sociable young guy with baffling facial hair. Was that beard supposed to look like flames? Some sort of sea creature? Ty confided that he had a line on a job at a paper mill near Duluth.

“Nothing exciting,” he admitted. “Loading and unloading trucks. But any kind of work’s been hard to come by.”

Ty was seized by an idea. “You should totally come with me! They need more people. I could put in a good word for you.”

As a matter of fact, Matt’s funds were running low. He raised his mug in a tipsy salute. “Thanks. That’d be great.”

After one more each, they caught a local bus to the main depot in town. The place was bustling, with long lines at the ticket windows and the digital schedule board declaring several routes sold out. Then Matt remembered—Thanksgiving was two days away. Everyone was going home to their families.

He’d been trying not to think about the upcoming holiday, because it made him remember his last Thanksgiving with Janey. It had been a sad little celebration in her hospital room, with the traditional feast consisting mainly of pureed cranberries. She couldn’t keep down solid food anymore. Matt remembered telling Janey how thankful he was that she’d come into his life, however briefly. He still felt that way. He missed her every single day. Everything else in his life may have changed, but never that. He didn’t want it to. Being OK with Janey’s death would feel like a betrayal of all she meant to him.

Matt and Ty were lucky—there were still tickets available to Duluth. Later, Matt would wonder if it was luck at all. In the meantime, he was happy to listen to Ty chatter as their bus cruised down the highway.

Through his fading beer buzz, he wasn’t sure he’d heard correctly. “Ethiopia? The country?”

Ty nodded emphatically. “Did you know that two-thirds of the people there can’t even read?”

“I’m going to teach them,” declared Ty. Then he laughed. “Not everyone, obviously, but kids in a village. With the Peace Corps or something.”

He looked at Matt earnestly. “I want to make a difference, you know? I want to do something that matters.”

Careful what you wish for,
thought Matt. He often wished he could return to the quiet, inconsequential life he’d had before the avalanche. He’d spent nearly three months buried under the snow. Dead. At least until that assistant coroner had started cutting into his cold flesh and found something truly unexpected—a pulse. Matt’s recovery was nothing short of a miracle. That miracle brought him a weird kind of fame, and something far worse. He now had the ability to see the evil in people. It appeared to him as physical rot, reflecting the corruption within.

Matt had learned from hard experience that once he saw those signs, violence was soon to follow. Often innocent people got hurt. To protect them, Matt felt obliged to intervene. Which brought him into conflict with a spectral figure he knew only as Mr. Dark. Their battles were part of a much larger war that Matt didn’t yet understand. He was involved in something that mattered, all right. Something that forced him to confront more depravity, anguish, and death than anyone should have to bear.

He could tell all this to the naive idealist in the seat next to him. But it was nice to be reminded that some people, maybe even most of them, were basically good at heart. So Matt just smiled. “I know what you mean.”

They rode on companionably until the bus slowed to avoid a car accident near the town of Breckenridge, about half an hour from Duluth. Matt glanced out the window at the aftermath of a three-car pileup. A patrol car with “Breckenridge PD” emblazoned on the side was parked in the road to divert traffic. A cop wearing a gold star on his chest with the word “Chief” was talking to a tearful woman near one of the wrecks. She started sobbing, and he gave her a compassionate hug. She clung to him, her face inches away from the bloody, putrefying flesh that was the chief’s rotting face, his jawbone visible through his rotted cheek.

It was like she was being comforted by a corpse.

Matt barely had time to process what he saw before the bus edged forward and the two were out of sight. If he hadn’t been looking out at exactly that moment, he wouldn’t have seen the decomposing chief of police…

A man who was undoubtedly pure evil. With a badge.

Matt had a sudden, strong urge to pretend he hadn’t. Just for once, couldn’t someone else battle the forces of darkness?

He knew himself well enough by now to recognize that his irritation was fueled by fear. The last time he’d followed a lead on Mr. Dark, it had gone horribly wrong. He could still smell exhaust fumes and the stench of all that blood. Less than a month had passed and Matt didn’t feel ready for more.

Once again he wondered how much of his current life was chance and how much was fate. Maybe he had been destined to look out the window right then. Or maybe there were clues to Mr. Dark’s activities all around and he just didn’t see most of them. Either way, he still had free will, didn’t he?

Damn right I do,
thought Matt, already knowing he was going to get off the bus and check out the rotting cop. The chief of police, no less. There was simply no one else to do it. A corrupted soul with a badge and a gun could do a lot of damage. As much as he might want to, Matt couldn’t stand by and let that happen.

The bus rolled into Breckenridge through a commercial area with a few “For Lease” signs and a boarded-up office building. Things improved as they approached the center of town, with a nice park surrounded by cute little stores. People were out with their families or throwing around a Frisbee. A pleasant enough place.

When they stopped, Matt got up. He gave Ty an implausible excuse about an urgent phone call he suddenly remembered he had to make. He’d catch up with him in Duluth, he promised as he grabbed his duffel and hurried off the bus.

As the bus pulled away, he considered his plan of attack. He’d find the police chief, then stick close until he figured out what horrible act the man was preparing to commit. With that much visible rot, something bad had to be brewing.

The cop would probably be at the accident scene awhile longer. At some point he’d return to the local police station. So that’s where Matt would wait for him. He got directions to the station and walked the few blocks there. It was a squat brick building, as tidy and generic as the rest of the town.

There was a coffee shop across the street from the station, conveniently located for surveillance. Matt bought a cup of coffee and a muffin and sat at a table by the window. For the next hour, he watched and waited. An old man walked by with his little terrier. The dog pooped and his owner dutifully bagged it. That was the highlight of the hour. Matt made a mental note to keep a paperback in his duffel bag for future stakeouts.

Finally a patrol car pulled into the open lot next to the station. Two cops emerged. Neither one was the chief. Both looked like they’d just crawled from the grave. The first officer was truly revolting, his face oozing putrefaction, his nose already rotted away, maggots spilling from one mushy eye socket. His partner was barely identifiable as female. She looked positively mummified, her desiccated skin clinging tightly to the bones beneath. Her uniform hung loosely. But her hair was perfect, pulled back into a neat braid. They walked through a side door into the station.

Matt’s stomach tightened into a tense knot. He’d come here to deal with one evil-infested cop. Now there were three.

The whole damn police force could be armed, trained soldiers of Mr. Dark.

He fought a strong urge to flee.

Matt sat for a few more minutes, ordering himself to calm down. It mostly worked. He needed more information, he decided, to assess how bad the problem really was.

He went in the main entrance of the station and found himself in a small lobby. A sixtyish woman with unnaturally red hair sat behind the front counter, in the middle of a phone call. She held up a finger for him to wait.

Matt saw a group of photos on the wall nearby. They were portraits of uniformed officers, with a name beneath each. The largest picture was the man he’d seen at the accident site, identified here as Chief of Police Tom Lennox. He was a handsome guy, facing the camera with reassuring confidence. Below him was Deputy Chief Edgar Woronicz, his thin face dominated by a beak-like nose. Sergeant Alan Sheridan was heavyset and grim, barely turning up the corners of his mouth. Officer J.J. O’Neill, surely no more than twenty-five years old, grinned beneath a blond mustache. Finally there was the only woman in the squad, Officer Jessica Ross. She was one of the cops he’d seen in the parking lot. Her male partner could be any of the others. His face had been too decayed to identify.

“Can I help you?” The receptionist’s question startled him.

Matt recovered and put on an outraged expression. “I’ve been mugged.”

“I’m sorry to hear that. Fill out this report.” She put a form in front of him.

“I want to speak to an officer. Immediately,” he demanded.

The woman gave him a patient smile, then turned to call into the bullpen. “Sergeant?”

In a moment, a cop approached. He was annoyed but unblemished, much to Matt’s relief. This was Alan Sheridan, looking as grim as in his photo.