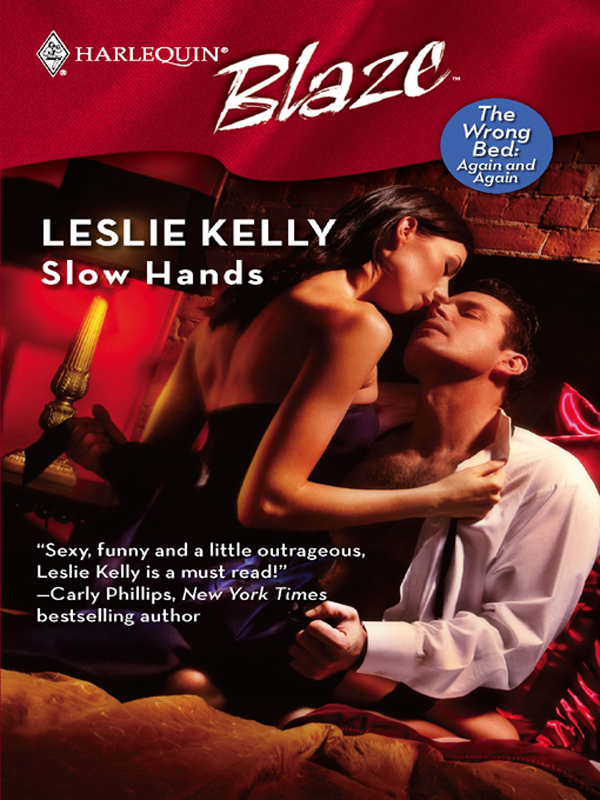 The ice princess was on fire…

Maddy kissed him frantically, tangling her fingers in the hair at the nape of his neck. Jake instinctively dropped his hands, reaching for the round curves of her backside that he’d been admiring since they met. Cupping those curves, he savored their softness, squeezing her lightly. He was going to love holding her cheeks tightly when she was naked and on top of him. Plunging down onto him, over and over, until he lost his mind and exploded inside her.

Tugging her up for a nicer fit, he rocked into her, letting her feel his throbbing erection, getting off at the pleasure of sex against sex, despite their clothes.

She whimpered, tilting her hips against him to bring her heat directly against the seam straining to hold back his arousal. “I want you so much,” she rasped.

“I noticed.” He spun her around, backing her against the building. It was crazy—they were outside, in a public place. It wasn’t even ten o’clock and anyone could walk out of the bar any minute. But he didn’t care. If he didn’t get more of her, he’d die. “Please don’t stop me…” he whispered hoarsely as his lips nudged her blouse aside to reveal a hint of her breast rising above the edge of a hot-pink bra.

“Stopping you isn’t even a consideration.”

Having had my Harlequin Temptation couples end up in the wrong beds because of mixed-up room keys, confusing twins and mischievous ghosts, I wanted to find a unique way to bring them together in Harlequin Blaze. And a foul-up at a bachelor auction—where an all-American rescue worker is mistaken for an international gigolo…and vice versa—seemed like a fun way to do it.

So here you’ll meet Jake. Supersexy, supernice, superheroic boy next door, who simply cannot believe it when über-rich Madeleine Turner offers him a small fortune to be “hers” for one month. And next month you must come back to read Sean Donovan’s story…international playboy meets down-home family out on the farm. You won’t want to miss it!

Hope you enjoy these Wrong Beds…Again and Again!

A two-time RWA RITA
®
Award nominee, eight-time
Romantic Times BOOKreviews
Award nominee and 2006
Romantic Times BOOKreviews
Award winner, Leslie Kelly has become known for her delightful characters, sparkling dialogue and outrageous humor. Since the publication of her first book in 1999, Leslie has gone on to pen more than two dozen sassy, sexy romances. Honored with numerous other awards, including the National Readers’ Choice Award, Leslie writes sexy novels for Harlequin Blaze, and single-title contemporaries for HQN Books. Keep up with her latest releases by visiting her Web site, www.lesliekelly.com, or her blog, www.plotmonkeys.com.

To the fabulous Plotmonkeys gang, including
Katie, Jodie, Paula, Donna, Pat, Jeannie
(and Zoey!), Tina, Kelly, Cher, Ev, Vero, Ardie, Jane, Estella, Elisa, Fedora, Kim, Stacy, Kathy,
Bailey, Jaci, Patty, Michelle, Liza, Shari, Cherylann and so many more. Hanging out with all of you in The Jungle makes me smile every single day. Thank
you so much for your friendship and support!

Penny Rausch heard the panic in her partner’s voice and struggled to keep her own alarm under control. One of them had to stay calm. Otherwise they were both going to lose their minds…not to mention their fledgling graphic design business.

“Calm down. We’re almost there.”

Janice, her partner and more-than-slightly ditzy younger sister, thrust her hand into her spiked blond hair, sending it into even more crazy directions than it had been before. A highly sought-after graphic designer, Janice had no head for business, but wow, was the girl creative…and not just with her hair. Her graphics were incredible. Her drawings collectible. Her fashion sense wildly imaginative.

Too bad she was pretty helpless in nearly every other aspect of her life.

She looked utterly exhausted, with dark circles under her eyes and a haggard hollowness in her cheeks. Janice was usually very precise about her appearance, but right now her yellow T-shirt was stained with something that was either ketchup from today’s fries or tomato sauce from last night’s pizza.

They hadn’t left their office in thirty-six hours. Not since Janice’s expensive, nearly brand-new computer had crashed, taking most of the files for the high-end, glossy brochure they were producing down with it. And almost taking down their company, too.

Because if they lost this job—creating the programs for a ritzy charity bachelor auction scheduled for next week—they were finished. They wouldn’t make the already-late rent, or keep the power on, or cover the printing bill. They’d be out of business overnight, after only being
in
it for eight months.

“We can handle this,” Penny insisted. “We’ve come this far, we’re almost there.”

“No. Absolutely impossible.” They could not let the snooty Junior League socialite know they’d had yet
another
mishap in the design job. No way. They were already on probation, thanks to a few hiccups—like Janice’s case of the flu and a flood in the office. If they admitted to the computer crash, the woman would kick them to the curb for good.

“I can’t even tell them apart anymore,” Janice wailed, waving toward the table laden with photographs and copy. “Looking at one gorgeous man after another, hour after hour…”

“It’s not funny. I thought we were in the clear when we found the backup set of hard copies.
Why
didn’t we put the bachelors’ info on the back when we made them?”

The biographies of the bachelors being auctioned off to support Chicago’s needy children had been on the backs of the originals. But the originals had gone back to the penny-pinching auction organizer, Mrs. Baxter, once they’d been copied and scanned. Now they had the scans on disc, and they had the hard duplicates. They even had the printed biographies.

They just didn’t have any of those things
together.
And they had no way of knowing who was who.

If not for some easily identifiable, well-known bachelors, some handwritten notes, as well as Google, which they’d accessed on Penny’s still-working laptop, they would have had to give up. But not now.
We’re not giving up now
.

“We’re down to those last six men, Janice,” Penny insisted, bending to pick over the spilled photos. She laid them out on the worktable, grabbing the small index cards with the bios. “And I just identified four of them.”

Penny nodded, putting the correct bio cards with the correct faces, clipping them together in case there were any more spills. “I have spent the past five hours looking at archives in the
Trib
and I’ve found more of our boys. Eligible bachelors apparently get a lot of press coverage.”

Janice threw her arms around Penny and squeezed her. “So we’re down to these last two.”

Yes. Just two. “But we’re out of time. We have less than an hour to get the whole package to the printer’s if we’re going to make the deadline.”
No more time to research…no more hesitation.

Penny lifted the two photographs, studying the handsome faces carefully. Both were dark-haired, but that was where the resemblance ended. One had warm brown eyes, the other vivid blue. One’s hair was short and conservative, the other’s a little longer, almost brushing his collar. One had a dangerous glint in his eye, the other a sexy smile on his curved lips.

“One is a paramedic, the other an international businessman,” Penny whispered, knowing their bios by heart. “One of you is Jake and one of you is Sean.”

This was the moment—she had to choose. Suddenly remembering that old Lady or the Tiger story from her school days, she drew in a deep breath and pointed to the unsmiling one with the short hair and brown eyes. “He’s got to be the businessman.”

Beside her, Janice immediately nodded, pointing toward the other picture with the smiling, longer-haired guy. “And that’s a strong rescue worker if I ever saw one.”

“Agreed. Absolutely. No doubt about it.”

Then it was done. Penny clipped the bios to the back of each picture, glad her sister was just as confident as she was that they’d made the right choice. Then she sat down to finish up the program on her own, older computer. And as she typed away as fast as she could, incorporating the newly recreated graphics, she tried hard to pretend she didn’t hear her younger sister’s whisper.