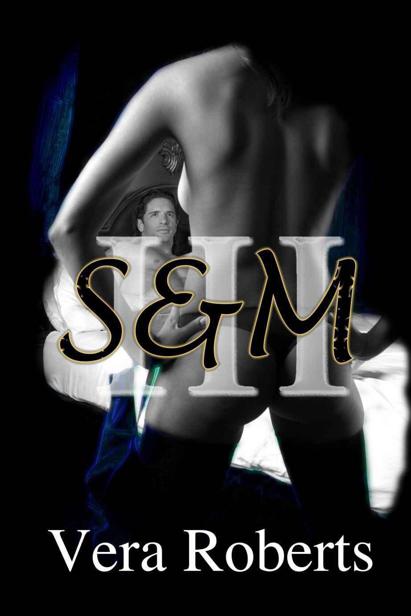 This e-book is licensed for your personal enjoyment only.  This e-book may not be re-sold or given away to other people.  If you would like to share this book with another person, please purchase an additional copy for each recipient.

This book is a work of fiction. The names, characters, places and incidents are products of the author’s imagination, or are used fictitiously. Any resemblance to actual persons, living or dead, events or locales, is entirely coincidental.

As race relations have always been a major factor in this series, there will be one question in your head (besides “What the hell did I just read, Vera?”) as you read the controversial scenes: How far would you go to please your lover?

And there you have it,

Dimitri Papadakis was watching the news events unfold. It was a media circus, agencies from all over the world providing coverage of Caprina Waters’ trial. The story made for sensational news: a former supermodel on trial for a heinous crime.

Every news agency had tried to get an interview with Dimitri, but he had turned them all down. It was bad enough he was connected with Caprina, and his name was blasted in every headline in one form or another. Dimitri read every article and studied them all. He watched all the news specials and recorded them. He should have been happy. He should’ve had a smile on his face, a cross between smug and satisfied. He had neither.

Nothing, no amount of money, fame, or infamy was going ever to bring her back. His true love.

He sat in the barber’s chair getting ready for the day. Three women were working on his hands and feet, and a man was shaving his face. Soon he would get a trim from the barber and be fitted for his tailored suits. Despite the drama around him, it was business as usual for Dimitri.

After his treatments, Dimitri went out to his rose garden, filled with roses from all over the world. The garden was an acre long; rose bushes of different colors and names were everywhere. He plucked a single purple rose in his garden; it smelled the sweetest and had the most beautiful color. He admired all of them but paid attention only to the purple roses. They were her favorite flower and her favorite color.  He named this rose after her.
The Akira Papadakis.

Akira. His moon and stars, his universe. Everything he did…everything
they
did…was just for her. Dimitri only hoped she appreciated the view from where she was.

Akira wasn’t just a queen in the modeling world. She was
his
queen. He had seen her on a magazine cover and determined she was going to be his, no matter what it cost or how long it took. He romanced her by flying her all over the world, having breakfast in Brussels, lunch in Italy, and dinner in Paris. Akira owned jewelry in every color of the rainbow, and her closet boasted Versace, Prada, and Chanel, among many others.

They had married in a lavish ceremony. Their guest list included celebrities, royalty, and members of the media. A year later, Akira and Dimitri produced their only child, a daughter. Several years later, Akira had become too ambitious to just play housewife. She passionately convinced Dimitri to let her go back to the States so she could help other models. She took their daughter with her, for she was an aspiring model as well.

And so it began: a long-distance marriage that lasted for years. Dimitri came by once a month, stayed for two weeks, and then headed back to his native Greece. Every night, he would take his young daughter out on the balcony of their mansion and stare up at the stars.
Remember, my princess, the stars are aligned with us. Everything we want will happen in due time.
Each trip became increasingly more difficult, until Dimitri demanded his wife and daughter move back with him. They were set to leave on a Thursday.

And then it all happened on a Wednesday.

He never asked what happened to Akira that fateful day, but there were whispers that Caprina was somehow behind Akira’s sudden fall down the flight of stairs. She landed head first on the marble floor. Dimitri knew when he saw his wife, bloodied and bruised, it was too late, despite the paramedics’ heroic efforts to revive her.

Her funeral was a spectacle, with royalty and celebrities flying in to Greece to pay their respects to the former supermodel-cum-royalty who had changed the world. Their only daughter was quiet and didn’t shed a tear. Dimitri encouraged her to be emotional, but she wouldn’t. She couldn’t.

He should’ve been surprised the night of Akira’s funeral when a naked Caprina crawled into his bed and pulled the sheets from his body. She wrapped her mouth around his cock and sucked hard on it.
It’s okay, Caro, I can be your wife now
, she promised him over and over and she rode his cock.

Down the hall, Dimitri’s daughter heard Caprina’s moans throughout the night. She vowed revenge.

Dimitri kept Caprina close to make sure he was aware of what she was doing at all times. His daughter hated him for it, but he promised her it was part of a master plan.
Sometimes, my princess, things take time to plan out before the reward comes. It’ll be worth it. I promise.

He knew Caprina was going to leave him for someone else, someone younger. Even though he promised her that she would be his wife, Dimitri knew that would never happen, not because of his daughter’s objections, but because he could not fathom being with someone so cruel and heartless for the rest of his life. His Akira had been full of charm and grace. Akira had been everything Caprina wasn’t.

Dimitri was on his way to the airport when he got a phone call. He listened intently to the information and put the phone back on the retriever. He arrived at his private 747 jet, and it was business as usual.

The stars are aligning now.

She replayed everything back in her head. She was on a date with B. Yes, B. was definitely her date that evening. She kept sipping alcoholic drinks and flirting with him all night. They kissed. It was slow, sensual, and passionate. His lips were so soft and made for hers.

B. was everything Scott wasn’t. He was her age and he was a lot of fun. He wasn’t condescending. He wasn’t smug. She could take him home to her family and know they would fall in love with him.

As Mariana Harlow faced herself in the mirror, memories of what happened just moments before flooded her brain.

“I miss you, baby. I miss you so much. But we can’t see each other until I figure things out. But I wanted to make sure you knew how much you meant to me and I’m going to get you back.” He moved faster inside her, banging Mariana against the door. “Nod if you want us back, baby.”

“No, the other one,” He instructed.

Mariana blinked the memory out of her head. She was going to enjoy her date with B. She’d deal with her feelings about Scott later.

1. Become besties with the enemy.

2. Find out everything about the little girlfriend.

Caprina Waters crafted the list and read it carefully to make sure she didn’t miss anything. Everything looked perfect because it was. The goal was too easy and the participants were laughably naïve. No one could ever guess they were all pieces in her chess game. Nothing was going to stop her from getting back what was rightfully hers. Nothing and no one.

Scott Reed. The name still created shivers in Caprina and made her cross her legs. It had been a long seven years since she stood him up at the altar. At the time, it was the best decision she could have made for them both. Scott was twenty-seven; Caprina was five years his senior. She didn’t see a future with Scotty, as she called him. He was
too
submissive; he did everything she wanted. He was a fabric string short of a doormat.

It was the monster she created. It was the soul she killed.

She dated millionaires and billionaires; men who were able to give her what she wanted and more. Fur coats, fancy cars, exotic vacations lasting weeks at a time. And the jewelry? Her private collection rivaled Elizabeth Taylor’s. She was sought after because she was often difficult to get. She was even more difficult to keep. But it didn’t stop the countless suitors waiting for her.

Caprina was naturally dominant and every lover catered to Her every whim. But it wasn’t the same; oh, no. They weren’t like
him
. No one was
ever
like him. Scott Reed. She was still amazed how he had her twisted after all of these years.

Occasionally, Caprina’s thoughts slipped to what Scott did, what he was like, if he’d recovered. She often thought about picking up the phone and dialing him or even sending him an e-mail explaining her actions. She chickened out each time. It was best to leave the past in the past.

Or so she thought. The fire for him never died, as Caprina found out. It grew stronger with each passing day. Dominic was a gift from God to her. She knew Scott’s daily schedule and his favorite places.  She knew Jeff, Christine, Andrew, and Deborah, the people closest to him.

But Sarah was her greatest gift. The coincidence—no, it wasn’t a coincidence. It was God’s work that Sarah was presented to her with such perfect timing. Caprina was secretly plotting retirement, and it would’ve been nice to settle down with someone and pop out a baby. No more than one, however; she still needed to maintain her figure.

Maybe Scott could spring for a surrogate instead. That being said, Caprina decided to amend her list to include a top priority concern:

Sarah Roberts got so used to playing proud girlfriend it was second nature to her.

She sat with Eric at his family’s house for Thanksgiving dinner. The next day, they were going to her family’s for another dinner. Both families loved seeing and spending time with them. They were the Will and Jada of Highland Hills. The model and the baller. Eventually, Eric would spring for a nice, Mariah Carey-sized bling to fit on Sarah’s finger, and that would be it.

Everything was perfect. Well, not quite.

“The Poontang Party!” Mariana raised an eyebrow as she landed on the naughty channel.

“Oh, this should be interesting,” Sarah blinked.

“Hey, Papaya Princess, what kind of dessert you got there?”

The actress lifts up her skirt to reveal a clean-shaven snatch. “I only have this poontang pie.”