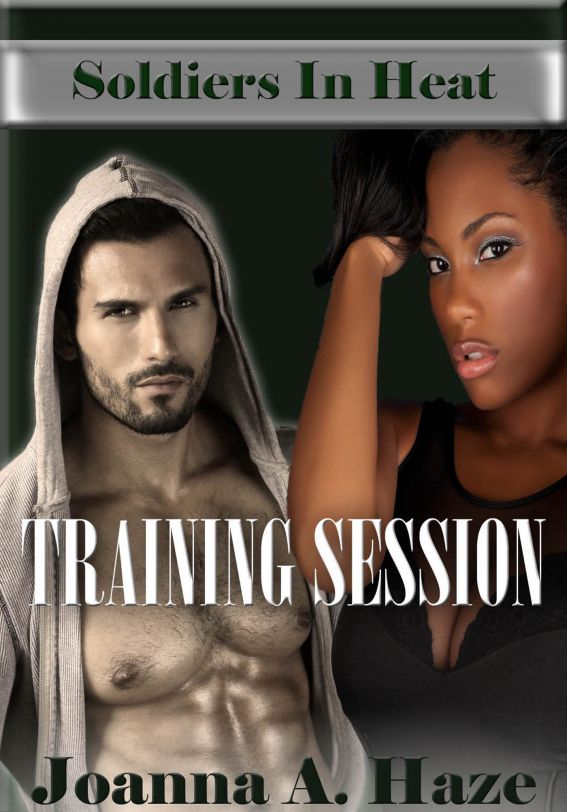 All rights reserved. Without limiting
the rights under copyright reserved above, no part of this
publication may be reproduced, stored in or introduced into a
retrieval system, or transmitted, in any form, or by any means
(electronic, mechanical, photocopying, recording, or otherwise)
without the prior written permission of both the copyright owner
and the above publisher of this book.

This is a work of fiction. Names,
characters, places, brands, media, and incidents are either the
product of the author's imagination or are used fictitiously. The
author acknowledges the trademarked status and trademark owners of
various products referenced in this work of fiction, which have
been used without permission. The publication/use of these
trademarks is not authorized, associated with, or sponsored by the
trademark owners.

This ebook is licensed for your
personal enjoyment only. This ebook may not be re-sold or given
away to other people. If you would like to share this book with
another person, please purchase an additional copy for each person
you share it with. If you're reading this book and did not purchase
it, or it was not purchased for your use only, then you should
return to the retailer and purchase your own copy. Thank you for
respecting the author's work.

Books by This
Author

To my fellow Vets past and present, we
share a bond like no other. I thank you for the
memories.

Kimberly Woodson’s hands stung as she strained
to pull herself up on the pull-up bar. What had she gotten herself
into this time?

The last conversation she had with her husband
flashed through her mind.

“
Officer Training is a tough
school. There’s no way someone like you can make it through,” he
said.

“
What’s that supposed to
mean?”

“
You’re weak. You sit in an office
all day and now you think you can lead troops?” He crossed his arms
and leaned against their bedroom wall.

His words stung. If she didn’t have to return
to the house for some of her belongings she wouldn’t have. Kimberly
finished packing her bag and headed out the door.

She dropped down from the pull-up bar and took
her position in parade rest on the steps leading into the dining
facility. Most still called it a chow hall, but as an Officer
Candidate, she dared not utter the word.

“
Next three,” her Student Platoon
Sergeant said, poking his head out the door of the dining
facility.

“
Three,” the male behind her
said.

They went in, grabbed their trays and
silverware, and stood in line for food. The chow hall resembled a
foot buffet but with slim pickings. Given the choice between
meatloaf and baked chicken, she opted for the chicken. Moving
along, she grabbed two cups off the premade drink table.

Hands stinging from her fresh blisters and
body sore from the morning physical fitness test, she made her way
to an empty spot at a table. The room could fit a capacity of one
hundred fifty soldiers at a time. Kimberly noticed the unit banners
hanging on the walls along with the painted infantry murals. The
Cadre sat at one long table overlooking the student seating. She
avoided looking in their direction and moved forward.

The square, four seated tables were stacked
back to back leaving just enough room for her to slide
by.

“
Good job, Woodson,” the male at
the end said. He looked slightly on the heavy side, but if he was
still there, it meant he passed height and weight.

She read his name tag. “Thanks,
Peterson.”

“
I saw you on the run. You were
the first female to finish, and you beat a lot of males, including
me. You passed me up on the backstretch.”

“
Aye, there, Candidate, you gone
get out the pom pom’s and cheer for her? There’s no talking. Eat
your food and get out,” Staff Sergeant Isome said.

It was only her second day of training, and
she learned quickly who the hard asses were. Staff Sergeant Isome,
the First Platoon Cadrewas number one on the list. Thankfully,
Kimberely resided in Second Platoon and didn’t have to endure him
all day long. Sergeant First Class Lopez and Captain Brown were her
trainers. They were hard but paled in comparison to Staff Sergeant
Isome.

Kimberly chewed the rest of her food and
downed her drinks. She picked up her tray, stacked it on the rack,
placed the silver way in the return tray, and made her way to the
door. On the other side was another bar. This time she had to do
chin ups. She completed three and jumped down.

Now she had two options: run the six hundred
yards back to Delta Company barracks or wait for two others to come
out and march back. She looked at her watch. Running would give her
an extra minute of shower time. She took off in a jog and ran back
to the building. Her body cried out in pain from the physical
exertion. Kimberly was no slacker when it came to fitness but OCS
was a different monster—she may has well just finished a
triathlon.

Once inside the building, she made her way to
the room she shared with two other females. A bunk bed, a single
bed, three wall lockers and three hutches were squeezed inside the
dorm sized room. She grabbed her shower gear, Army Combat Uniform
(ACU) pants, tan t-shirt, and underwear and made her way down the
hall to the female latrine. One side had six stalls and the other
three showers to be shared by thirty girls. After the physical
fitness test, she was sure the number would be lower.

The showers were already taken. Kimberly
stripped down and took her place in line behind another black
female. She gave her the nod for making it past the physical
fitness test. A shower freed up, and the girl went in. Kimberly ran
her hands through the micro braids she wore. She was thankful she
was smart and had them put in. If not, her hair would have been all
over her head like the other girl.

Unlike the white candidate who stepped out the
shower, she didn’t have wash and go hair. It took hours to get hers
back right after sweating or any water got on it. Her grade was
naturally, curly and though it was past her shoulders, it would
have drawn up into an afro if not for the braids—and afros were not
part of the Army Regulation for female hairstyles. In fact, most of
the hairstyles black women wore weren’t.

Another female stepped out, and Kimberly took
the available shower. In less than three minutes, she’d lathered up
and rinsed off. When she opened the door she noticed the room was
full. She found a spot to dry off and put on her clothes. Being
able to walk from her shower straight into her room were one of the
comforts of home she missed.

“
Glad to see you made it,” a
brunette female said to her.

The female stood in the mirror, combing out
her hair, loose strands falling. Kimberly refrained from frowning
though she knew in less than ten minutes, it would be a high
probability she’d be the one cleaning them up. She and her
roommates had latrine duty.

Rank didn’t matter but most of the prior
enlisted soldiers had issues with the ROTC officer candidates due
to their lack of knowledge. Kimberly decided to give the girl a
chance before passing judgment. She too had been new to the Army at
one point in time.

“
Barely. I passed the run by four
seconds,” she said.

Kimberly looked at her, confused as to how
someone who just finished basic training barely passed the physical
fitness test. Had it changed that much since she’d been?

She made it back to her room and noticed
several missed calls from her husband, Charles. The thought of
speaking to him made her stomach turn. She was doubtful he was
calling to congratulate her on making it through the first round.
It was more likely to give her more insults. She shook the thought
out her head and finished getting dressed in preparation for what
the rest of the day was to bring. It was only 0715
hours.

Jonathan Carlson moved to the side and let the
female who came out the latrine walk past. He’d finished his shower
and was now sweeping the hall as part of his assigned detail. She
smiled at him. Jonathan noticed it was the female who was on his
heels during the run. He had no intention in running the time he
did, but there had been no way he was letting her beat
him.

Prior to coming to officer training, he’d been
a drill sergeant. He’d spent the last three years training
soldiers. Until two months ago, he hadn’t thought of ever becoming
an officer. When his First Sergeant suggested it, he took heed.
There was an investigation going on, and he needed to steer clear
of it.

As the female passed another candidate, she
congratulated them. She looked back at Jonathan and smiled before
stepping out the hallway. Her smile was amazing.

He finished up and went back into his room.
His roommate, Kang, was dusting.

“
I’m not your maid. Get the top of
the wall locker,” Kang said, tossing a rag at him.

“
Thank goodness because I’d have
to fire your ugly ass.” He laughed.

“
Ditto.” Jonathan stepped up on
the chair so he could reach the top of the locker and started
knocking the dust bunnies to the floor. “Man, you cannot tell me
someone doesn’t come through with a bucket of these things and
spread them throughout our room. This was just cleaned
yesterday.”

“
They import it just for
us.”

“
Hell, everything else is so why
not?” He shook his head and stepped down off the chair. “Now I have
to sweep the floor again.”

“
Formation in five minutes!”
someone yelled at the end of the hall. It was repeated at least a
dozen times by others to ensure everyone heard.

“
What’s on the schedule for
today?” Kang asked.

“
Shit, I’m a soldier; I follow
orders unless in charge.” He grabbed his button down top to his
ACU’s and put it on, along with his black ascot. He’d rather wear a
tie than an ascot. They served no purpose other than showing what
phase a candidate was in and almost choked the life out of
him.

“
Dammit, Kang, beret, but put the
soft cap in your pocket just in case.”

They turned off the light. Once outside, they
ran around to the back of the building and formed up with second
platoon. He was in fourth squad, while Kang was in third. The
speedy female was now in his squad. With them losing three
candidates from their platoon, the adjustment needed to be made to
even them out.

He started to congratulate her when the
company commander came out the back door. The student commander ran
over to get his instructions and called the other student leaders
over to him. They relayed the message.

A Lovely Way to Burn by Louise Welsh
Mine To Have (Mine - Romantic Suspense Book 5) by Cynthia Eden
Haeven by S. M. Bowles
Taming the Night (Creatures of the Night Book 1) by Tisha Wilson
Smoke Gets in Your Eyes and Other Lessons from the Crematory by Caitlin Doughty
The Perfect Witness by Iris Johansen
Closer_To_You by Reana Malori
Unnatural Wastage by Betty Rowlands
Sons of Mayhem 3: War and Vengeance by Pink, Nikki
Ball Peen Hammer by Lauren Rowe