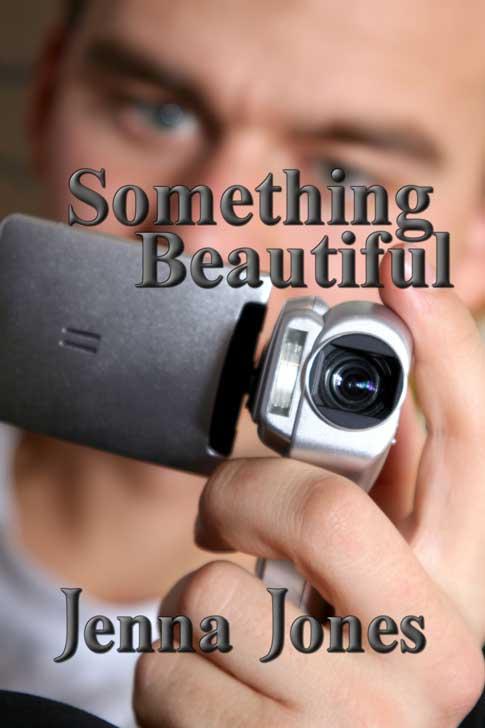 This is a work of fiction. Names, characters, places, and incidents either are the product of the author's imagination or are used fictitiously. Any resemblance to actual events, locales, organizations, or persons, living or dead, is entirely coincidental and beyond the intent of either the author or the publisher.

An imprint of Torquere Press Publishers

All rights reserved, which includes the right to reproduce this book or portions thereof in any form whatsoever except as provided by the U.S. Copyright Law. For information address Torquere Press. Inc., PO Box 2545, Round Rock, TX 78680.

Micah Ferguson had counted three vineyards, two herds of sheep, a Roman aqueduct and five churches as the train sped from Calais to Paris when his boyfriend said, "We have to talk."

That was never a good way to start a conversation, particularly when Lucas was looking earnest and serious like he was now. Micah turned away from the French countryside to face the train compartment. None of their fellow passengers were paying attention to two scruffy, young American tourists. As far as private conversations went, this place was as good as any. "Okay. What's on your mind?"

Lucas said, "When we go back to England, let's get married."

"What?" Micah's voice rose above the noises of the train.

The woman across the aisle glanced up from her novel at them. He smiled at her uncomfortably as Lucas leaned closer, their denim-covered knees touching.

"I want to marry you," Lucas said. "Let's get married, and if it's ever legal in the States we'll already have the rings and the certificate and everything. And if it never is, we'll know we're married." His blue eyes were wide and pleading. "Don't you want to marry me, Micah?"

"I mean, we just graduated from college," Micah said hastily. "We haven't even been dating a year. Don't you think you're rushing things a little?"

"Yeah," Lucas said and looked out the window at the passing countryside. "I guess I am."

"I mean, jeez," Micah said, trying to keep his voice light, "this is only our first vacation together. It's a big leap from this to picking out wedding china."

This was Micah's dream vacation, something he'd planned to do since he was a freshman: that once he graduated from college he would see Europe. At the time, he'd planned to bring his boyfriend Jamie, and then his boyfriend Ryan, and then whoever he was dating at the time. Then for a while he'd thought he would just go alone, but was saved from that when he fell in love with Lucas. Lucas fit him so perfectly that when Micah had asked Lucas to come to Europe with him they agreed on every museum and club and landmark.

In the last month they'd seen London, Dublin, Edinburgh and Dover. Now they were on their way to Paris, a city Micah had been looking forward to their entire trip. He intended to do every tourist cliché they could: climbing the Eiffel Tower, exploring the catacombs, visiting the Louvre, and it wouldn't be any fun if Lucas was mad at him.

Micah played with the zipper of his computer satchel. "Let's see how we handle kissing on top of the Eiffel Tower first. I want to kiss you there, you know."

"That's about as much commitment as I can handle. Ask me about marriage again in about five years."

"Do you think in five years you'll finally have the courage to tell your parents that I'm your boyfriend?"

Micah felt his mouth drop open at the bitterness in Lucas’ voice and snapped it shut. He swallowed. "Is that what this is about?"

"I know I'll to have to tell them," Micah muttered, and ran the zipper to his satchel pocket up and down its track a few times. "I just don't want to tell them yet."

"How long have you known you're gay?" Lucas said in a reasonable tone. "Since you were nineteen, right? Since you met Jamie? Don't you think any time in the last three years would have been the right time?"

"If it had been time I would have told them."

"You're scared to tell them," Lucas said, and Micah sighed heavily.

"Yes, I am! You've met my dad -- you know how he is, you've heard him yelling about the homosexual agenda," he said in exasperation. "And I can't be without my family. I just can't."

Lucas frowned and looked out the window again. "You love your family more than me."

"You think it should be any other way?" Micah retorted and frowned out the window, too. Lucas, Micah often thought, had it easy. Not as easy as some people -- Micah's best friend, Dune Bellamy, had two moms and two dads and was the most centered person Micah had ever met -- but much easier than Micah did. Lucas’ family had accepted his coming out without too much drama. He didn't have to worry about his family disowning him for being gay and having his father's entire congregation praying for his soul.

He picked at a hole in his jeans and looked at Lucas, whose emotive face plainly said how unhappy he was. It wasn't that he didn't love Lucas. He did. After the heartbreak of his first boyfriend and the weirdness of his second, Lucas just made sense. But getting married was too much. They were too young and it was too early in the relationship, and Micah didn't know any gay couples who were married except for Dune's moms.

Still, he hated seeing Lucas unhappy. Micah took the ear buds from his ears and put his hand on Lucas’ knee. "Hey," he said quietly, and Lucas’ eyes flicked to him. "I love you," Micah said, rubbing his knee.

Lucas smiled, but still shook his head. "That's not going to make it all better, Micah."

Micah sighed and sat back. "Then what is?"

"Marry me," Lucas said again. "Come out to your family. Admit what you are."

Micah wrapped the cord to the iPod's earphones around his fingers. "I'm not ready to tell them, and they're really not ready to hear it. I know my father is a fire-and-brimstone preacher who thinks all gays are going to hell. But he's also my dad and I love him."

"Not all pastors out there think we're going to hell," Lucas said. "And why would you want to go to a church that doesn't want you?"

"My dad is a good man. He does so many good things for the community and for people in trouble. The church helps runaways and there's a women's shelter and a drug rehab program. It's not all gay-bashing and hate." He took a breath -- trying to explain his faith was always so difficult. He felt he didn't have the words. "And because it's what I believe."

"Yeah," Lucas muttered. "You believe in a God who doesn't want you, either." Before Micah could answer, Lucas said, "You know what? Forget I mentioned it. Just a weird idea I had. You're right: it's too soon and we're too young. It's okay." He squeezed Micah's hand. "And I can't wait until we get to Paris."

"We're going to have so much fun," Micah said, squeezing back. "I want to kiss you in front of the Mona Lisa, too."

In the hotel room the next morning, Micah woke up alone. He sat up and rubbed his hands over his face, put on his glasses and looked around the white and blue room uneasily. He climbed out of bed, calling, "Lucas?" as he peeked into the tiny bathroom in case Lucas had fallen asleep in the bathtub.

No Lucas in the bathroom. No Lucas’ backpack against the wall.

Micah inhaled slowly and went to the desk, where there was a folded piece of hotel stationary, his name written on the outside. He unfolded the note; with a sinking feeling, he already knew what it would say.

The note was brief.

I can't do this. I can't be with you knowing I'm not the most important person in your life. When you're ready to stop living for your family, look me up.

Micah stared at the note and then crushed it in his hand. He grabbed the phone and dialed Lucas’ cell, slipping on jeans and boots as it rang, but there was no answer. Lucas must have turned it off.

Micah hung up, pulled on a T-shirt, and ran down the stairs to the concierge desk.

Once he got there, though, he wasn't sure what to do next. There were lots of airports in Paris, or Lucas might have taken the train back to England. He clutched the cell phone in one hand and bit the nail of his forefinger as he waited for the concierge to finish helping a middle-aged couple find a train to Versailles.

When the concierge finished with them and the couple ambled away, chattering about authentic Louis Quinze furniture, Micah said, "The guy I checked in with last night -- the tall guy. He's left."

"He did not tell you where he was going?"

Micah shook his head vigorously. "He left a note. He didn't say where he was going, just that he was going. Did he stop here to ask for directions or help finding a train or -- or -- or anything?"

"No, sir." The other man's expression was mild, almost pitying, and Micah wondered how many times he'd had conversations like this. "It sounds like a lover's quarrel to me, sir."

The concierge looked at him patiently.

Micah sighed. "Okay. You're right. If he didn't tell you and didn't tell me, then there's nothing to be done about it, is there?"

Micah thought about it for a moment and shook his head. "No. It's not any comfort at all." He started to walk away, and then turned back to the desk. "I was going to kiss him on the Eiffel Tower."

"You may yet get your chance, sir," the concierge said, but Micah could only shake his head and trudge back up the stairs to his room.

Micah sat on the edge of the bed and thought,
Don't you dare cry, you wimp.
If the concierge couldn't help him, maybe -- he took off his glasses and wiped his face, picked up his cell phone and dialed another phone number.