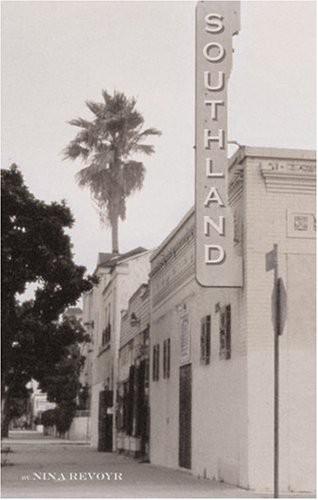 “Compelling…never lacking in vivid detail and authentic atmosphere, the novel cements Revoyr’s reputation as one of the freshest young chroniclers of life in L.A.”

“The plot line of
Southland
is the stuff of a James Ellroy or a Walter Mosley novel…But the climax fairly glows with the good-heartedness that Revoyr displays from the very first page.”

“If Oprah still had her book club, this novel likely would be at the top of her list…With prose that is beautiful, precise, but never pretentious…”

“An engaging, thoughtful book that even East Coasters can enjoy.”

“Southland
is a simmering stew of individual dreams, family struggles, cultural relations, social changes, and race relations. It is a compelling, challenging, and rewarding novel.”

“What makes a book like
Southland
resonate is that it merges elements of literature and social history with the propulsive drive of a mystery, while evoking Southern California as a character, a key player in the tale. Such aesthetics have motivated other Southland writers, most notably Walter Mosley.” 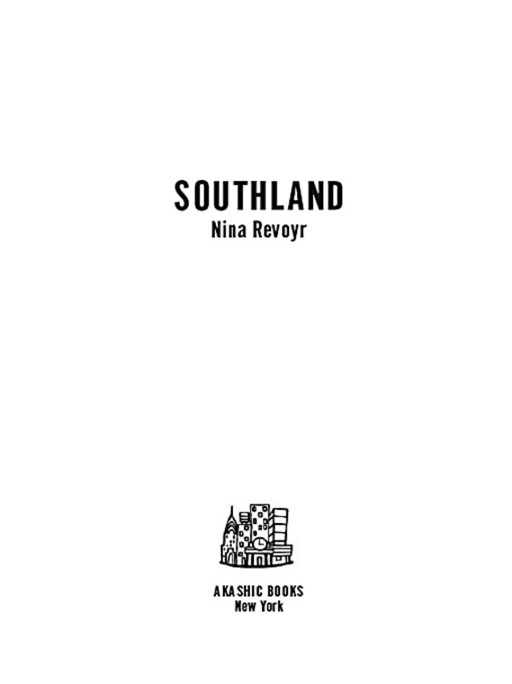 Design and layout by Sohrab Habibion

My heartfelt thanks to Dan McCall, Maureen McCoy, Lamar Herrin, and Kyoko Uchida for their insightful comments and suggestions about this book. Thanks also to Stephanie Vaughn for her unbending support; Alison Lurie for providing an office and refuge; Morna Pixton for her lucky table; Patsy Cox for always believing; Johnny Temple and the folks at Akashic for their enthusiasm and commitment; and Jennifer Gilmore for raising the bar.

I’m grateful to my agent, Tim Seldes, as well as to the Saltonstall Foundation and the Astraea Foundation. I am also indebted to several historical works and their authors: Keith E. Collins,
Black Los Angeles: The Maturing of the Ghetto, 1940-1950;
Carolyn Kozo Cole and Kathy Kobayashi (eds.),
Shades of L.A.: Pictures from Ethnic Family Albums;
Warren S. Rogers,
Mesa to Metropolis: The Crenshaw Area, Los Angeles;
John Tateishi (ed.),
And Justice For All: An Oral History of the Japanese-American Detention Camps;
and Arthur C. Verge,
Paradise Transformed: Los Angeles During the Second World War.

Finally, I want to express my deep gratitude to Lauren Sanders. Had she not shown up on my doorstep in L.A., needing a place to crash, this novel might never have found a home.

In memory of my grandparents
and Janine Werner

N
OW, THE old neighborhood is feared and avoided, even by the people who live there. Although stores wait for customers right down on the Boulevard, people drive to the South Bay, or even over to the Westside, to see a movie or to do their weekly shopping. The local places sell third-rate furniture and last year’s clothes, and despite the promises of city leaders in the months after the riots, no bigger businesses, or schools, are on their way. A few traces of that other time remain—a time when people not only lived in the neighborhood, but never chose to leave it. And if some outsider looked closely, some driver who’d taken a wrong turn and ended up on the run-down streets, if that driver looked past the weather-worn lettering and cracked or broken windows, he’d have a sense of what the neighborhood once was. The grand old library’s still there, and the first public school, with a fireplace in each of the classrooms. The Holiday Bowl’s still open—although it closes now at dusk—where men came in from factory swing shifts and bowled until dawn. There are places where old train tracks still lie hidden beneath the weeds, and if the visitor knelt and pressed his ear against the dulled metal, he might hear the slow rumble of the train that used to run from downtown all the way to the ocean.

Now, the children feel trapped in that part of the city, and because they’ve learned, from watching their parents’ lives, the limits of their futures, they smash whatever they can, which is usually each other. But then, in that different time—the neighborhood even had a different name—Angeles Mesa was a children’s paradise. It was table land, flat and fertile, and the fields of wheat and barley made perfect places for young children to hide. The older children borrowed their fathers’ guns and hunted rabbits and squirrels, because the Mesa was part of the growing city only in name; everybody knew it was country.

The children’s parents loved the neighborhood, too. The ones who grew up in cities—either there in California, or in the dark, damp states of the Midwest and East—loved the space of the Mesa, and the fresh air that carried the scent of jasmine in spring and oleanders in the summer. The ones from the South couldn’t believe they’d found a place with the ease and openness of home, but only a train ride away from their downtown jobs. It was a train that had brought them in the first place. The Chamber of Commerce sent an exhibit train to tour around the country, passing out oranges and pictures of palm trees to anyone who’d take them. Hopeful newlyweds, coughing factory workers, old sharecroppers with hands hardened by years of labor, all bit into the sweet juicy oranges and thought they tasted heaven. And the oranges were magical, because instead of quenching people’s appetites, they fed them. That yearning and anticipation started out in their taste buds, and worked down into their hearts and stomachs until they grew teary-eyed with want. In Ohio, Mississippi, in Delaware and Georgia, you could see people trailing “California on Wheels,” stumbling down the track after the slow-moving train as if they’d follow it all the way across the country. And they did. Maybe not that day, not that season, not that year, but they did. Packed up their things and arranged for someone else to send them on. Gathered the family and headed out to California.

Some of them went to Long Beach, seeking work in the bustling shipyards, or to Ventura, to draw their livings from the sea. Some went to San Fernando to be closer to the oranges that first seduced them, and some to the Central Valley to pick lettuce or grapes. And a few of them, after living someplace else for a year or several, after starting out in Little Tokyo or South Central or following the crops around the state, bought a plot of land in Angeles Mesa. The price was good, and what you got for it!—rich land nestled by wild hills. And if their neighbors spoke a different language, wore a different color skin, here—and only here—it didn’t matter. Whatever feelings or apprehensions people had when they came, they learned to put them aside. Because their children played together, sat beside each other at the 52nd Street School. Because it was impossible to walk through the neighborhood without seeing someone different from you.

Now, even the All Are Welcome Church has steel bars over its windows, and half the storefronts stand empty and deserted. The strawberry fields and orchards are all buried under concrete, and lifelong residents won’t leave their houses after dark. Those with the money but not the heart to leave the neighborhood completely cross the Boulevard and move into the hills. They never come down now, never stop at Mama’s Chicken and Waffles or Otis’s Barber Shop, which is closing, in its fortieth year, for lack of business. But then, in that other time, which wasn’t really so long ago, the corner market could not keep its shelves stocked, or the Kyoto Grill cook enough food, or the Love Lifted Me Church on Crenshaw (which is actually on Stocker) make enough space to accommodate the faithful. And even as the area changed and grew—even as the Boulevard burst with commerce and people— the flavor of the Mesa didn’t change. It was always country-in-the-city, but with a central place to gather. And since the Mesa had everything—food, bowling, church, and friends; not to mention trees, game, and a backdrop of hills—there was never any reason to leave. If a visitor had come through in 1958, he might have closed his eyes, and, listening to the voices around him, thought he’d taken a wrong turn and ended up in Texas. He might have walked into Harry’s Noodle Shop and mistaken the town for Little Tokyo. He might see a group of men just released from the Goodyear plant, crowded around a radio and listening to a ball game. They’d be sitting on milk crates in front of a market owned by a young Japanese man, a veteran, who’d worked there since he was a teenager; who hired local boys himself; and who’d heard so many of his customers’ stories he could almost forget his own.

The people who lived there, the people who laughed and drank and listened to the Dodgers, didn’t know they were unusual. They didn’t know that their disregard for rules observed outside the Mesa made them exceptions, and their example did not stand.

Now, if that lost driver went through certain parts of the neighborhood, he would still see a few of the elderly residents— Japanese and black—in a place the rest of the city dismisses as ghetto. But their children and grandchildren, and their friends’ children, too, have moved elsewhere to build their own lives. In the city where history is useless and the future reinvented every day, no one has any need for game you hunted and cooked yourself; for berries stolen off the vine; for neighbors in pairs and threesomes sitting on stoops with cups of coffee, faces lifted to accept the morning sun. No one thinks about the neighborhood, its little corner market. No one, including the children of the people who lived there.

Fifth Gospel by Adriana Koulias
Bitten 2 by A.J. Colby
Heartbroken by Lisa Unger
Communion Town by Thompson, Sam
Another Kind of Life by Catherine Dunne
Fruit of All Evil by Paige Shelton
Death in Rome by Wolfgang Koeppen
Love and Demotion by Logan Belle
How Cassie Got Her Grind Back by Heather Rainier
Switch Hitter by Roz Lee