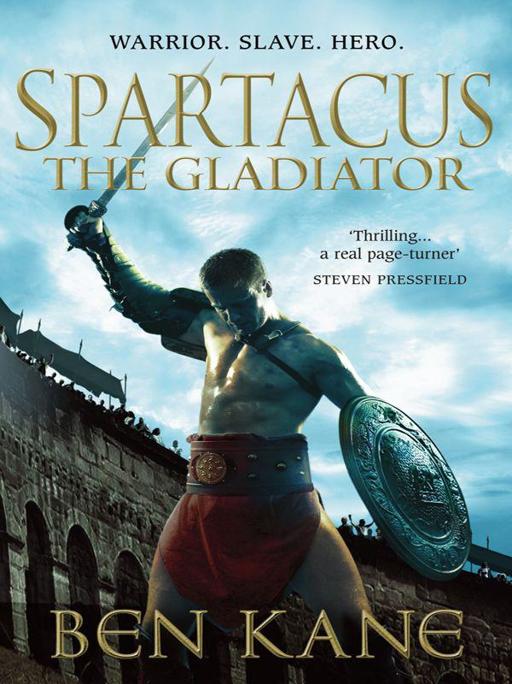 As winter approaches in 74 BC, few travellers are abroad. But one man is making the long and weary last stage of his way home. Large parts of his homeland, Thrace, a land north of Greece, have fallen under the hated power of Rome. This Thracian has fought in the Roman legions for nearly a decade. Skilled, hardened in battle, a sophisticated fighter. Spartacus.

But home is no longer the safe haven of his imagination. A new king sits on the throne. Treacherous and cunning, he has seized the crown by murder and he will hold onto it by violence. When a Roman slave trader comes to the village in search of men who will fight as gladiators, Spartacus is betrayed and sold. His odyssey has begun.

The legend that is Spartacus has come down to us through the centuries – the story of a man who took on the might of Rome and nearly brought her down. Now Ben Kane, the brilliant author of
The Forgotten Legion
and
Hannibal: Enemy of Rome
, brings to glorious life the first part of the Spartacus story.

Look out for the next part of this great epic,
Spartacus: Rebellion
, coming soon.

Ben Kane was born in Kenya and raised there and in Ireland. He qualified as a veterinary surgeon at University College Dublin, and worked in Ireland and the UK for several years. After that he travelled extensively, indulging his passion for seeing the world and learning more about ancient history. Seven continents and more than 65 countries later, he decided to settle down, for a while at least. While working in Northumberland in 2001–2002, his love of ancient history was fuelled by visits to Hadrian’s Wall. He naively decided to write bestselling Roman novels, a plan which came to fruition after several years of working full time at two jobs – being a vet and writing. Retrospectively, this was an unsurprising development, because since his childhood, Ben has been fascinated by Rome, and particularly by its armies. He now lives in North Somerset with his wife and family, where he has sensibly given up veterinary medicine to write full time. To find out more about Ben and his books visit:
www.benkane.net
.

For my brother Stephen 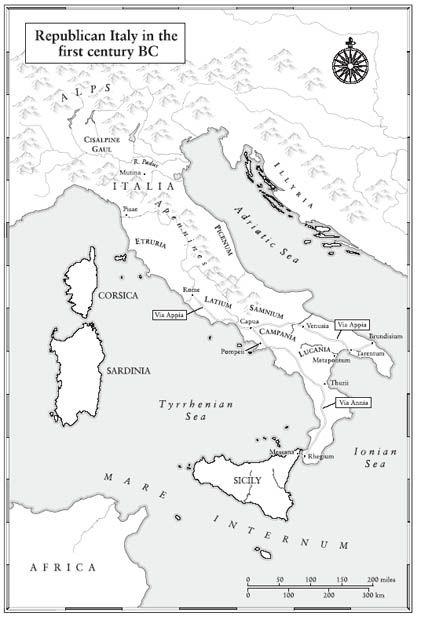 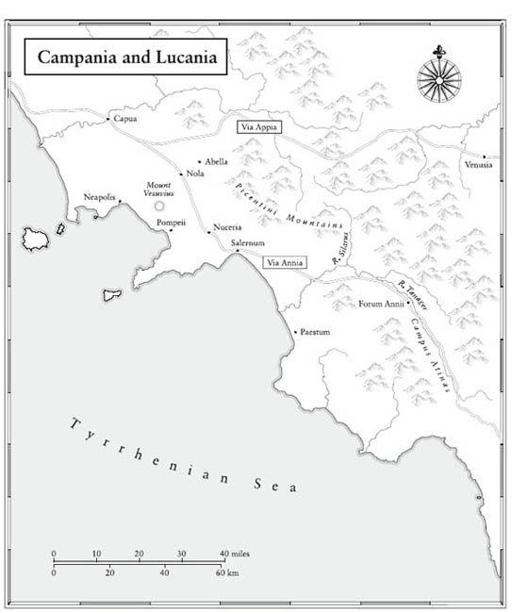 WHEN THE VILLAGE came into sight at the top of a distant hill, a surging joy filled him. The road from Bithynia had been long. His feet were blistered, the muscles of his legs hurt and the weight of his mail shirt was making his back ache. The chill wind snapped around his ears, and he cursed himself for not buying a fur cap in the settlement he’d passed through two days prior. He had always made do with a felt liner and, when necessary, a bronze helmet, rather than a typical Thracian fox-skin
alopekis
. But in this bitter weather, maybe warm clothing was more important than war gear. Gods, but he was looking forward to sleeping under the comfort of a roof, out of reach of the elements. The journey from the Roman camp where he’d been released from service had taken more than six weeks, and winter was fast approaching. It should have been less than half that, but his horse had gone lame only two days after he’d left. Since then, riding had been out of the question. Carrying his shield and equipment was as much as he could ask it to do without worsening its limp.

‘Any other mount, and I’d have sacrificed you to the gods long ago,’ he said, tugging the lead rope that guided the white stallion ambling along behind him. ‘But you’ve served me well enough these last years, eh?’ He grinned as it nickered back at him. ‘No, I’ve no apples left. But you’ll get a feed soon enough. We’re nearly home, thank the Rider.’

Home. The mere idea seemed unreal. What did that mean after so long? Seeing his father would be the best thing about it, although he’d be an old man by now. The traveller had been away for the guts of a decade, fighting for Rome. A power hated by all Thracians, yet one that many served nonetheless. He had done so for good reasons.
To learn their ways so that one day I can fight them again. Father’s idea was a good one
. It had been the hardest act of his life to take orders from some of the very soldiers he had fought against – men who had perhaps killed his brother and who had certainly conquered his land. But it had been worth it. He had learned a wealth of information from those whoresons. How to train men mercilessly, until they fought as one unit. How vital it was to obey orders, even in the red heat of battle. How trained soldiers could be made to stand their ground in the most extreme situations. Discipline, he thought. Discipline and organisation were two of the most vital keys.

It wasn’t just the desire to learn their ways that had you leave your village, added his combative side. After its last defeat by the legions, your tribe had been thoroughly cowed. There was no chance of fighting anyone, least of all Rome. You are a warrior, who follows the rider god. You love war. Bloodshed. Killing. Joining the Romans gave you the opportunity to take part in never-ending campaigns. Despite everything that they’ve done to your people, you still took pleasure from waging war alongside them.

I’ve had a bellyful of it for now. It’s time to settle down. Find a woman. Start a family
. He smiled. Once he would have scorned such ideas. Now they were appealing. During his service with the legions, he’d seen things that would turn a man’s hair grey. He’d become used to them – in the red heat of battle, he had acted in much the same way, but sacking undefended camps and villages, and seeing women raped and children killed, were not things that sat especially well with him.

‘Planning how to take the fight to Rome will do me for a while. The time for war will present itself again,’ he said to the stallion. ‘In the meantime I need a good Thracian woman to make lots of babies with.’

It nibbled his elbow, ever hopeful for a treat.

‘If you want some barley, get a move on,’ he said in an affectionate growl. ‘I’m not stopping to give you a nosebag this near to the village.’

Above him and to his left, something scraped off rock, and he cursed silently for letting his attention lapse. Just because he’d encountered no one on the rough track that day didn’t mean that it was safe. Yet the gods had smiled on him for the whole journey from Bithynia. This was a time when most Thracians avoided the bitter weather in favour of oiling and storing their weapons in preparation for the following campaigning season. For a lone traveller, this was the best time to travel.

I’ve done well not to have run into any bandits thus far. These ones are damn close to my village. Let there not be too many of them
. Pretending to stretch his shoulders and roll his neck, he stole a quick glance to either side. Three men, maybe four, were watching him from their hiding places on the rocky slopes that bordered the rough track. Unsurprisingly for Thrace, they seemed to be armed with javelins. He eyed the tinned bronze helmet that hung from the pack on the stallion’s rump, and decided against making a grab for it. Few peltasts could hit a man in the head. As for his shield, well, he could reach that while their first javelins were still in the air. If he was hit, his mail shirt would probably protect him. Trying to untie his thrusting spear would take too much time. He’d carry the fight to them with his
sica
, the curved Thracian blade that hung from his gilded belt. They were acceptable odds, he decided. As long as the brigands weren’t expert shots.
Great Rider, watch over me with a ready sword
.