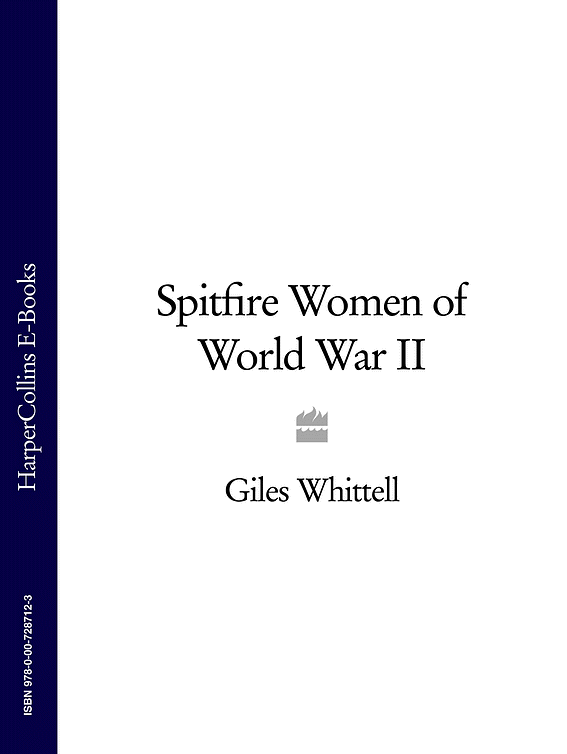 5 All Over Europe the Air Was Free

7 None of Us Is Snobbish

21 Women of the World

24 Better To Have Lived

Rosemary Rees with a Miles Hawk Major From ATA Girl, Memoirs of
A Wartime Ferry Pilot
by Rosemary du Cros

The men of the ATA
Imperial War Museum

Cochran and Gower
Courtesy the Collection of Ann Wood-Kelly

âEveryone is equal before the machine â¦Â  There is no tradition in technology, no class-consciousness.'

âIndaba' is Zulu for âconversation', and at the Indaba Hotel on the northern outskirts of Johannesburg a conversation is what I hoped for. If it materialised it would be with an elderly lady who had insisted several times on the telephone that she really had nothing to say. But we both knew this was not quite true, and now, as she walked carefully down the steps to the hotel entrance, with a grandson hovering at her shoulder, she looked up with a smile.

âYou must be Betty,' I said.

She was easily recognisable from the one blurred picture I'd seen of her in a smart blue uniform, leaning on the wing of a Fairey Barracuda over sixty years earlier. Now she wore a gold-coloured woollen shawl and carried a stick. She was tall and alert, and gave the impression she might even be looking forward to our meeting. Her name was Betty Keith-Jopp.

Soon after that photograph was taken in late May 1945, Betty and a fellow pilot named Barbara Lankshear took off from Prestwick on the west coast of Scotland, the eastern terminus of the great Atlantic air bridge that had kept Britain supplied with bombers since before Pearl Harbor. They were both ferry pilots, unarmed and untrained to fly on instruments, with less than eighteen months' flying experience between them. Both were in Barracudas â lumpy, underpowered torpedo bombers with unusually large cockpits and a history of unexplained crashes. They were bound for Lossiemouth, 200 miles to the north on the rugged Moray Coast.

âShall we sit outside?' Betty asked. She led the way through the hotel lobby and out onto a shaded terrace where we found a
table and talked briefly about the weather. Then she ordered a large glass of wine and returned to 1945.

She would never have taken off that day if there had been even a hint of menace in the weather report, she insisted, and initially the sunny forecast seemed to have been accurate. âWe were flying along perfectly happily. It was a lovely, lovely day.' But their route took them south of Glasgow, between Dunfermline and Edinburgh and into thick cloud over the northern edge of the Firth of Forth.

As ferry pilots, Third Officers Lankshear and Keith-Jopp had standing orders never to fly over the top of cloud as a way out of trouble. Barbara disobeyed those orders and was lucky to find a way down; she landed safely soon afterwards. But Betty decided discretion was the better part of valour and turned back. She knew there was rising ground behind the coast to her left, so began a slow turn to the right, unaware that she was losing height.

She saw the water a second before hitting it.

âI made a good landing, all things considered,' she told me, still quietly astonished at the memory. âI just managed to get my nose up and the plane landed gently. It sat there on the surface for a few moments, then started sinking. I must have gone down quite decently, like in a lift.'

Still level, the aircraft settled on the bottom of the firth. Water began squirting into the cockpit from cracks between the canopy and fuselage. At first, not being a strong swimmer, Betty made little effort to get out. She thought of the life insurance payment that her death would trigger; of how her mother would be able to make good use of it caring for her brother, who had recently contracted polio. She thought of Amy Johnson, one of her heroes, dying in similar circumstances four years earlier despite vastly more experience in the air. âI can't remember being frightened,' she said. âI can remember more or less accepting it.'

Then instinct took over. She reached up, took a last breath and pulled the red canopy release lever above her head. A giant bubble from the Barracuda's oversized cockpit would then have
headed for the surface. It could have taken her with it if she had unclipped her straps and parachute harness â but she hadn't. âI wouldn't have had the intelligence to have worked those things out,' she said. âI was working on reflexes. I was acting purely like an animal. I must have bashed the thing that released the harness once the water had come in. It took forever to get to the top.'

Even so, Betty was alive when she bobbed to the surface. There was a strong swell and the water was bitterly cold. She had no life jacket and the cloud that had engulfed her aeroplane now enveloped her. She had no way of knowing how far she was from the shore until a wave lifted her and she glimpsed it for an instant, too far to swim to but close enough to let her hope. She started to shout.

John Morris, skipper of the trawler
Providence
from the port of St Monans, would never have been anywhere near Betty had he not developed engine trouble earlier that morning. Nor would he have paid much attention to what sounded at first like a seal if it hadn't been so persistent. He altered course towards the barking, and Betty's head appeared out of the mist.

âAll I can remember after that are the words “Hang on, laddie”,' she said, sixty-one years later, sipping her chenin blanc on a cool South African afternoon. âAnd everything going black, and tea being poured over my hands to warm them up.' She paused, blinking and smiling almost apologetically as if still unable to fathom her good fortune. âWhy that dear little fishing boat should have come chugging along just then â¦ really and truly, it was a miracle.'

Yet it was not a miracle that she has often spoken about since. The stories of why Betty Keith-Jopp is so reluctant to talk about her escape from the bottom of the sea, and how she came to be flying into a cloudbank in a Barracuda in the first place, are among those this book tries to tell. They are part of the larger tale of a unique sisterhood of flying addicts â young, hopeful and ridiculously brave â who came to England from five continents to ferry combat aircraft for the Air Transport Auxiliary in the war. There
were 164 of them in all, and they were the only women from among the Western Allies who flew in the war. (The Women's Auxiliary Air Force in Britain stayed firmly on the ground and in America the Women's Air Service Pilots â or WASPs â flew too, but never less than 3,000 miles from a war zone.) They flew torpedo bombers if they had to and Lancasters if they lasted long enough; but they had eyes mainly for the fastest aerial hot-rods of the age â Hurricanes, Mosquitoes and the plane that many of these ATA women came to feel had been designed especially for them, the Spitfire.

One of these pilots, Margaret Frost, lived for many years in an ancient half-timbered cottage on the far side of my grandmother's favourite flower bed in Sussex. I'd always known she flew Spitfires in the war, and occasionally she would appear on television on Remembrance Sunday in her best grey overcoat, dwarfed by Guards officers, laying a wreath at the Cenotaph. But I never asked about her flying â that might have been indelicate; and then she moved to Wales.

About twenty years later another ATA pilot, Ann Wood, walked up and introduced herself to me outside the old town hall in Newcastle, New Hampshire. She looked and talked like Katharine Hepburn in her septuagenarian prime, and the only reason I had her attention was that the occasion was my wedding. She had been my wife's neighbour in Massachusetts for twenty years, and a friend of Margaret Frost's since 1942.

In that absurd understatement of the war years, they had both âdone their bit'. Margaret would only venture that she had done her bit for England â and then only if pushed. But Ann was quite comfortable with the idea that she'd done hers for freedom; for a way of life she consciously held dear. She arrived in Liverpool in May 1942, one of twenty-five American women to join the ATA. She flew warplanes continuously until the end of 1945 and she told stories of craziness and courage that I had never heard from our side of the flower bed in Sussex; stories of upside-down engine failure and squeezing under bridges at high tide; of dodging
U-boats and romancing Earls and cooling beer down for the Atlantic ferry boys by flying it to 10,000 feet. It turned out that she had also kept a meticulous, clear-eyed diary that serves as a case study of fearlessness, and of mutual Anglo-American incomprehension.

Ann died as this book was being written, and it would have benefited from her criticism. But she and her fellow Spitfire women still deserve to be remembered for the quiet revolutionaries they were; I hope this helps.