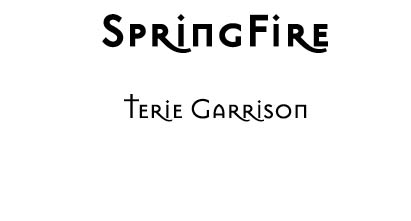 Any unauthorized usage of the text without express written permission of the publisher is a violation of the author’s copyright and is illegal and punishable by law.

This is a work of fiction. Names, characters, places, and incidents are either the product of the author’s imagination or are used fictitiously, and any resemblance to actual persons, living or dead, business establishments, events, or locales is entirely coincidental. Cover models used for illustrative purposes only and may not endorse or represent the book’s subject.

Any Internet references contained in this work are current at publication time, but the publisher cannot guarantee that a specific reference will continue or be maintained. Please refer to the publisher’s website for links to current author websites.

Special thanks to Marion Engelke,

host of many of the words.

And to Elizabeth Moon and George Dzuik,
for help with Things I Don’t Know Much About.

And to the South Manchester Writers’ Workshop.
Of course. 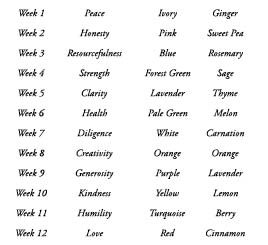 ~
from
The Book of Lor

A half-played game of Talisman and Queen lies before me, the jewel pieces glowing as they sit on the black velvet, embroidered with glittering silver thread. The Queen’s Heart, made of ruby, gleams at the center. Ranged about are the Talismans: mine, emerald; my opponent’s, sapphire.

I cannot see against whom I play. Shrouded in shadow, the brooding presence sits, absorbing energy and my concentration. It seems to suck the very air from the room. I can scarce breathe.

The game is almost won. My heart tells me that with a single move, I will Secure the Queen’s Heart. But my brain is frozen, unable to make sense of the game pieces. A wrong move, and my enemy will take all.

A voice breaks the silence—a familiar male voice that echoes around the room growing in power instead of fading away.

And everything goes dark. All I can see is the fine silver lines against a black world.

“Your move,” the voice says again, taking the last of the air with it.

I fall into a black pit of nothingness.

And then I awake.

Watching the antics of twenty-three baby dragons, I couldn’t help laughing. They’d been born—not hatched—a month ago, and I still wasn’t used to all the silly things they did.

Like clambering up a tree trunk and crowing superiority over the others, only to discover that it was a long, frightening way down to the ground. They could all fly, the gossamer of their red wings looking transparent and pink against the Winter sky, but they still often forgot about this ability in the heat of their play battles.

Or like chasing each other around the cave, their chirps and squeals rising in volume until it drove us humans out into the chilly, early Spring air to save our hearing.

Or like now, when they gathered in their wallow inside the cave, writhing and intertwining themselves in some strange form of “tag,” with Xyla, their mother, watching indulgently.

As I watched the huge puddle of dragons rippling, I tried to figure out the game. The head of one of the babies rose above the other and let out a triumphant creel, only to have its face swatted by two tails. It sank back into the swirling, heaving mass.

“Guess that one didn’t win this time, eh, Donavah?” I jumped at Grey’s voice next to me. “Have you sorted out exactly what they’re doing?”

As it always did these days, my heart beat a little faster whenever he was near me. Keeping my eyes on the dragons, I shook my head. Then, with exquisitely bad timing, I yawned.

Grey put a hand on my arm. “Did you have that dream again last night?”

I felt my face go hot. The recurring dream I’d been having every night for the past week was
not
what I wanted to talk to Grey about. I composed my face into a smile and looked up at him, to find his handsome grey eyes, after which he’d been named, boring into mine.

“Yes, same dream. But not so bad this time.” I hoped he’d believe the lie.

Chase, Grey’s white and brown hound, darted up just then and shoved his nose under my hand. When I scratched his head, his tail wagged and his body wriggled in pure doggy pleasure.

The dog’s raspy voice spoke in my head. “I know I can always rely on you. Oh, and it’s quite easy to see what they’re doing.”

“Really?” I asked. “And are you going to enlighten me?”

“No. Figure it out yourself!” And with that, he raced off.

Grey chuckled, and I wondered whether Chase had spoken to both of us or only to me. Animals could communicate their thoughts with mages, and could even choose whether to speak only to one or to several.

“He certainly likes you,” Grey said.

Then I thought of something. “Did Chase tell you I had that dream? He’s always right there next to me when I wake up.” It would be just like the dog to tell Grey something was bothering me. From our very first meeting, Chase had always looked after me.

The corners of Grey’s mouth twitched. “Well, to tell the truth, he did. He knows I worry about you.”

I looked quickly away, not wanting him to see the blush that crept up my face again. Grey worried about me? Not exactly the feeling I would’ve chosen, but it was better than nothing.

“Do you have any idea why you keep having that particular dream?”

Speaking carefully so that I would sound as normal as possible, I said, “No. I don’t even play Talisman and Queen. But,” I shuddered, “it’s that voice that’s so disturbing. I wake up terrified, as if something very wrong will happen if I don’t make the right move.”

Grey sighed. “I wish I could make it stop.”

“Me, too,” I said, then pressed my lips together. I often fell asleep imagining ways Grey could stop the dreams.

An awkward silence fell between us, which Grey broke by clapping his hands together once in a business-like fashion and saying, “Well, I’d better get going. It takes most of the day to keep this lot fed.” He shook his head. “I can’t imagine how you all would’ve gotten by without me this past week. Somehow, I just don’t see Yallick and Oleeda as the hunting types.”

This was very true. As mages, they could hunt quite skillfully when it was necessary. But it would’ve taken both of them together all day to catch what Grey did in just a few hours. I guessed it was the difference between being a young man brought up as a hunter and being an old mage.

I looked back at the baby dragons. “Everyone is really glad you came.” I managed not to add, “Especially me.”

“Not everyone,” Grey said with a snort. “Yallick wishes I was far, far away. If not dead.”

I allowed myself a sidelong glance at him. “That’s not true. Why should he care? And you’ve been so helpful with the baby dragons.”

“I don’t know why he cares, but he makes it clear with every frown that I’m not welcome.”

“Oh, that doesn’t mean anything. He just likes acting cross.” Which wasn’t strictly true, but in the few months I’d been his apprentice, I’d learned not to take his scowls and severe looks very seriously.

A high-pitched shriek echoed around the cave, and Xyla finally put an end to the game with an even louder trumpet. The red pile of baby dragons swiftly turned into a river streaming out of the cave.

Xyla turned her giant head toward me and Grey. “I will help with the hunt,” she said, her voice in my head clear, strong, and musical. “Grey has been helpful, but I must do my share of the work.”

“Xyla says she’ll help with the hunt,” I told Grey. He was already smiling.

“If we can fly, there’s a meadow about ten miles from here where there’s a huge herd of elk. With Xyla’s help, we could bring back enough food to feed the babies
and
the whole camp.”

Xyla went out and, once free of the confines of the cave, she stretched her huge wings. It was a clear cold day, and the sun made her red hide glow like a jewel. A jewel the size of a house.

My breath caught in my throat. I couldn’t help but grin. For more than one reason. I loved flying on Xyla more than almost anything in the world, but any excuse to spend more time alone with Grey was also welcome.

By the time I’d put on my heavy cloak, gloves, and boots, Grey had gathered his hunting gear and put on his own cloak. Xyla stood in the clearing in front of the cave, watching her scattered brood as they slithered in and out, up and down the trees beyond.

I sighed. I’d hoped to be alone with Grey, but how could I say no to Traz? He was only ten, but we’d become fast friends when he helped me rescue my brother, Breyard, from sure execution. He wasn’t maejic, so he couldn’t speak to or hear the dragons, but he loved Xyla and her babies.

Grey spoke before I did. “Someone needs to stay here and tell Yallick where we’ve gone when he gets back.”

My heart gave a little flutter. So Grey didn’t want company, either.

“I have told Yallick that we are going hunting,” Xyla told me.

Traz forced a pathetic, puppy-dog-lost look into his eyes, one he knew I couldn’t resist.

“All right, you can come. Hurry up and get your riding gear.”

He dashed to the cave.

“I was hoping we’d be able to have that talk we’ve been trying to have,” Grey said, almost under his breath.

“I know, but I really have a hard time saying no to him, especially when Xyla wants him to come.” I gave her leg a fond pat. “Besides, would you want to have to spend the afternoon with Yallick if you were only ten?”