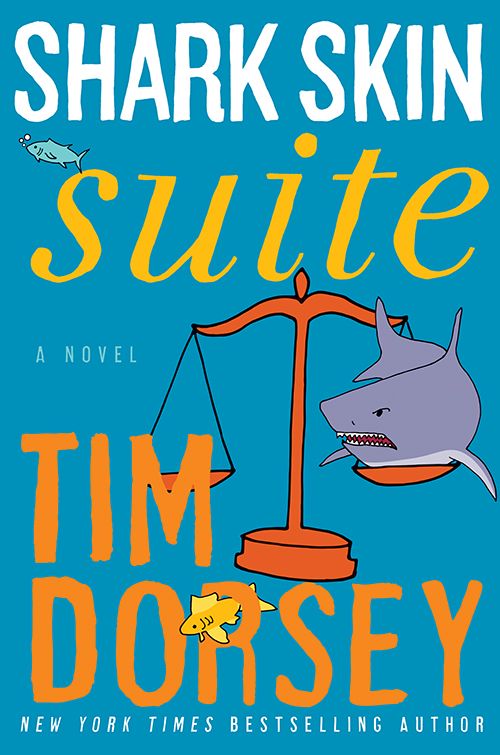 History doesn’t repeat itself, but it does rhyme.

M
y name is Edith Grabowski, I live in Florida and I’m old as dirt.

Those last two words you just read? They’re now on like a million T-shirts, along with my picture. There are other T-shirts with more photos from the rest of my gang: Edna, Eunice and Ethel. About 392 years of hard life between us. Everyone says we have spunk. Some claim we give them hope. There used to be a reason we made headlines and became famous, but who can remember? I think now we’re in the news just because we’re in the news, like half the nobodies on reality shows. The networks want to know every detail, especially the sex. They follow us into restrooms. Enough already.

We needed something to kill those high beams of publicity. So every time the TV people chased us down and turned the cameras on again, I’d say, “Eat me.” We thought there were laws against putting such language on the air. But all that did was sell more T-shirts. And coffee mugs, and big foam hats with our names, and rear-window decals of four old ladies peeing on just about everything.

They never leave us alone, day and night. Then we remembered the big stink over Janet Jackson at the Super Bowl. So this morning when they turned on the cameras outside my condo, the four of us had our own wardrobe malfunction. Everyone acted like their heads had caught fire, and one of the reporters threw up on his microphone. And me and the girls laughed like motherfuckers.

So here we are again. Story time. Guess you want to know what happened,
again
. We landed in the middle of another huge Florida freak show that made the news all the way to Germany and Japan. How many times is that now? Four? Five? We’re like geriatric Forrest Gumps.

Anyway, it all started back when everyone was hunting pythons in the Everglades, and some guy died at a cockroach-eating contest in Deerfield Beach, and this chick got arrested for riding a manatee like Seabiscuit, and a mysterious eyeball the size of a coconut washed ashore in Miami, and an entire trailer park crowded around the apparition of Christ in a power meter, and . . .
Shhhh! Shut up, Ethel! I’m talking to these people here!
. . . Sorry about that. Ethel says I’m senile and getting off track, but if she was telling the story, we’d now be tits deep in some long-winded nonsense about her great-grand-nephew who’s trying to “find himself” but instead just finds all the food in her refrigerator and plays video games all day before locking himself in the bathroom for three hours with an old briefcase he won’t let anyone touch and insists through the door that he’s dealing with a fungus. Now
that’s
off track. When I listed all those wacked-out news stories earlier, I just wanted to give you the latest lowdown on the Sunshine State to show what passes for normal around here, like residents strolling ho-hum along the shore, stepping over a big-ass eyeball and thinking:
Sure, why not?

After you can grasp that baseline of weirdness, you’ll understand how this story could actually happen. But only in the Sunshine State. It unfolded last year in the middle of the Florida Keys with the whole foreclosure crisis still gripping the nation. Except whenever something goes to hell everywhere else in the country, Florida puts it on roller skates with rocket thrusters. And whenever me and the girls get dragged in, there’s always one name that takes it to the next level:

Hold on a second. We’re walking down the sidewalk right now. One of our fans is driving by in a convertible. He just honked at us and yelled “Eat me,” like you’d shout “You da man” when someone tees off in golf.

M
ahoney’s the name. The chipped letters on my office window say I’m a private eye, private dick, gumshoe, hawkshaw, shamus, sherlock, sleuthhound, and the chair on the paying side of my desk is the last whistle-stop on the railroad of hard luck and soft dames.

Their accents are different but the story’s the same, betting on the Chance Brothers, Fat and Slim. They hoof through my door from sunrise until the clock’s big hand is on boxcars. Then I have a standing appointment with Harvey Wallbanger.

My bartender is a regular Joe named Louie who makes with the cocktails faster than the paint jigger at Sherwin-Williams. But my gut tells me you didn’t come to hear me mumble about the social life of bookies and bangtails.

You want the lowdown on Serge? He’s my factotum when things start to roll hinkey, and that’s as often as “close cover before striking.” It began like any other day, except this one was about to throw me more curves than a double-jointed hooker with a spitball. The case stunk worse than a Sterno bum with a pet skunk named Shooter, and by the time the fat lady warbled, the mouthpieces in shark skin suits were all over us like a zoo chimp on the flesh banana . . . and Serge A. Storms continued gathering force, about to make landfall . . .

“I’m busy.” Coleman stood at the motel sink, pouring a palmful of suds into his other hand and back again.

“What the hell are you doing?” asked Serge.

“Handcrafted beer,” said Coleman. “I still don’t get it.”

“You idiot, just come over here.”

Coleman rinsed sticky hands and strolled across the room. “What’s up?”

“I finally got published!” Serge clapped his hands like a windup toy with cymbals. “Dreams
can
come true!”

“But weren’t you already published by that newspaper?”

“That’s what I thought, too.” Serge leaned toward his laptop screen. “I mailed in my manifesto,
Fixing the Entire World,
to their letters to the editor, and I thought they were amazed by my expository style and global management skill set.”

“Turns out they were printing it in cooperation with the police, asking the public’s help to track a serial killer. So that slightly taints its acceptance on literary merits . . . but not this time!” He turned the screen toward his pal. “Take a gander.”

“You wrote a review on Amazon?”

“That’s right,” said Serge. “E-publishing is the future of the written word.”

“But I thought you hated stuff people put up on the Web.”

“That’s how I used to feel. Until
I
got published.” Serge pushed Coleman’s head toward the laptop. “When the Internet first caught fire, they all said, ‘Now everyone can express their opinion.’ Then we saw the results and went,
ewwwww,
maybe not so great. And such a waste, too. We finally had this revolutionary new medium of communication to attain universal harmony, and people are posting videos of children hitting their dads in the nuts with Wiffle bats and writing one-star reviews shitting all over
Lawrence of Arabia:
‘Too long,’ ‘Too British,’ ‘What’s the deal with all the Arabs?’ . . . I decided to jump in and demonstrate the Web’s true potential. Everyone else just reviews books and movies, so I went for my own niche.”

Coleman looked up from the screen. “You reviewed duct tape?”

“They always say to write what you know.” He grinned proudly. “I already have six hundred ‘likes.’ ”

Coleman squinted as he plodded through the text:

I’m here to say that duct tape isn’t just for ducts anymore. I could not survive without it. I can’t say enough about duct tape. One of the earliest versions was developed in 1942 by the good people at Revolite (according to Wikipedia, so who freakin’ knows?) and later used extensively by the military and NASA. It even helped save the
Apollo 13
crew (wow!). I like duct tape for its soundproofing qualities when concentration and stealth are a priority. But don’t go cheap, as the shoddier brands can easily be loosened with the tongue. In the home improvement universe, duct tape is
Sgt. Pepper’s
,
Citizen Kane
and
The Great Gatsby
all wrapped into one. If I could, I’d give this review a hundred stars, but The Man has boxed me in at five. So in conclusion, even if you don’t need duct tape, buy a roll today, “invite” some people over to your motel room, let your imagination run amok and surprise yourself!

The Walk by Robert Walser
A Midsummer Night's Sin by Kasey Michaels
Endangered Species by Nevada Barr
One More Time by RB Hilliard
Tempting a Sinner by Kate Pearce
The Tramp (The Bound Chronicles #1) by Sarah Wathen
Reckless Viscount by Amy Sandas
The Hadrian Enigma - A Forbidden History by George Gardiner
Upon A Winter's Night by Harper, Karen
Bewitching the Knight: (A Medieval Time Travel Romance) by Diane Darcy