Read Stay With Me Online 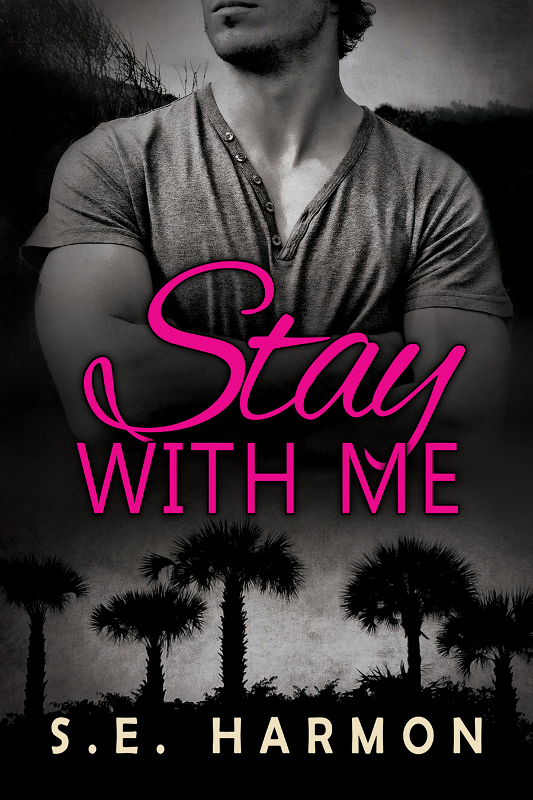 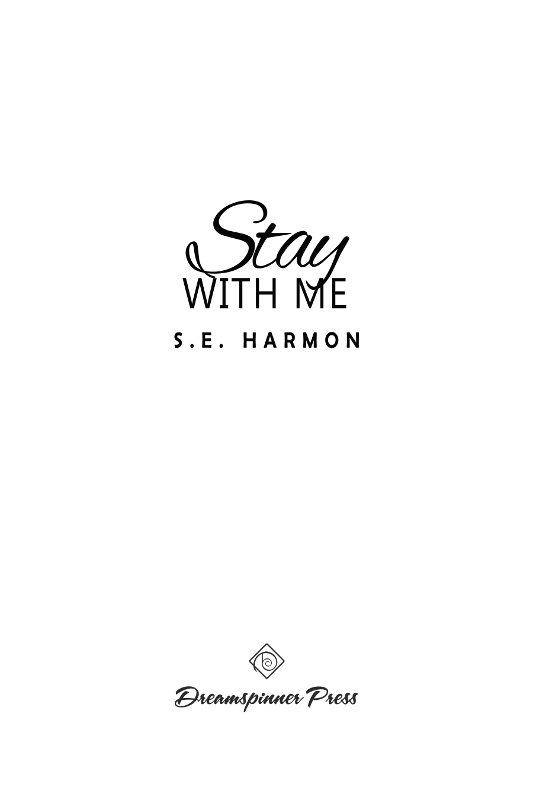 any person depicted on the cover is a model.

In memory of my mother, Sylvia Ann.

I would like to thank Sam, my most stalwart champion.
You are my sister because of genetics, but my best friend by choice.
I would choose you again and again.
I couldn’t have done it without you, so
…
thank you.

A
GOOD
PI would never spend stakeout time to play
Tap Tap Revenge
on his iPhone. But I like to consider myself an adept PI, one that can multitask. So I felt no guilt as my fingers flew dexterously over the screen. It was either that or watch the guy one house over, who either seemed to be fixing an old beater of a car or going for some sort of beer drinking record.

Damn. I could go for something cold right now.
“Drew, why didn’t we bring beer?”

Always the patient sentinel, my partner sat relaxed, as if we hadn’t been sitting here for three hours. His fingers drummed lightly on the wheel. He ignored me, as he was wont to do. I was well aware that beer on a stakeout was probably irresponsible. But dammit, I could operate a camcorder whether I was sober as a judge or loose and relaxed. I didn’t bother to explain to his cold profile.

I glanced down at my tan cargo pants and Jack Daniel’s T-shirt. We couldn’t be more different, and not just in mode of dress. His by-the-book approach was a good foil to my wild-card personality and made us good partners. If Drew was searching for a crafty way to enter a house, I probably already had my elbow through the back door glass.

“Like you need a gun to your head,” Drew finished my already finished statement, and that was that.

I scored a not-too-shabby 96 percent on my game and briefly hit the sleep button.

“Good God, Drew, can we turn on the AC? The leather is sticking to my ass like glue.”

“We look too conspicuous if the car is running,” he said, giving me the shut-up-I-know-what-I’m-doing look. “People pay attention to an idling car. You can’t even tell we’re in here.”

“They’ll be able to tell when they box up our well-done skeletons,” I whined.

I rolled down the window a quarter inch, just a crack, hoping for relief. I met only hot, sticky air. Florida weather in July gave no quarter, not even for sun worshippers like myself.

I fanned myself for a bit, looking around the street for the hundredth time. Alton Street was wide and treelined, with the same type of homes dominating both sides of the street—large ranch houses. The street was the picture of normalcy. Mr. Fix-It next door scratched his head with a wrench as I checked the front of the sprawling white ranch house yet again. No activity. Two ponytailed young girls giggled in the driveway of our target house—they’d been giggling now for two hours. Only the Lord above knew why.

As a few kids tumbled past, yelling for no reason I could discern other than the fact that they had mouths and lungs, I rolled the window back up. I was grateful the windows of Drew’s low-slung black Mazda were darkly (illegally) tinted. Kids were a decidedly nosy bunch and made excellent tattletales to suspicious mothers and fathers.

Drew snorted. “You’d think someone would know not to do surveillance in a Mercedes.”

I eyed the flashy silver car parked neatly on the curb, only four doors down. Drew was right. You needed a car that was at least neighborhood appropriate, so that it would blend in. It was a nice neighborhood, but no one here drove that kind of car. He was a bogey. Out of place.

“You think Blake hired a second team to watch us?” I asked.

“If he did, they are definitely on the wrong track, seeing as how we’re behind them.”

Looking back at the neatly manicured lawn with the crazy rooster lawn ornament (and picket fence, for God’s sake), it was hard to believe we were there to bust the lovely Mrs. Blake for something seedy. She had, however, been in the backyard for over an hour.

“Maybe she gardens,” Drew murmured, his timing making me jump a little.

“I wish we could have eyes on her,” I said. “There are a lot of things you could be doing in an enclosed backyard.”

“Screwing someone in a lawn chair?”

“I’ll take a little of option four. And three.”

I checked the photo in the file again, looking down at her smiling, round visage. Wispy bangs fell into her sweet brown eyes as she charmed the photographer with her smile—front two teeth slightly spaced apart, as if she didn’t have enough charm. She looked exactly what she was—a forty-one-year-old mother of three who lived in the hell that was suburbia. Okay, I was ad-libbing there. She probably thought it was the
joy
of suburbia.

“Probably drives a minivan even,” I guessed.

“Dodge Durango,” Drew said casually, not even asking where my thought pattern originated.

Well, that still fit the profile, then. Moms were driving SUVs now. Big sport utility monsters that carted their kids around in the lap of luxury, replete with DVD players and headphone sets. When I was a kid, I either played the license plate game, listened to my Walkman until the batteries died, or played gin rummy until cards were thrown and someone was called a “damned dirty cheater.” Or we tried to see who could get the other kid in the most trouble without actually making my dad pull over to beat us both. I couldn’t help but think that if we’d gotten to watch
The Suite Life of Zack and Cody
(had it existed back then) while drinking Capri Suns, we’d probably have been more pleasant kids.

Cheating spouses was our number one requested service. It was not only a reflection of the current state of marriage but also damned depressing. If I had to hear one more husband or wife, married since the beginning of time with 2.5 kids and a mortgage, tell me about his or her suspicious inkling about a spouse’s new cologne, I was going to lose it. Really.

Tonight’s contestant on Let’s Catch a Cheating Bastard fit neatly in that profile. Mr. Blake, with the large glasses, as lean and sparse as his spouse was round, had earnestly told me his tale of woe. And wonder of wonders, I’d barely managed not to roll my eyes clear out of my head. It was just that typical. “But that’s so cold, Mac,” you might say. And I would say that once you enter the private investigator phase of your relationship, it’s pretty much over anyway, isn’t it?

They made our jobs easy—most women already knew. They just wanted the proof. They wanted the pictures to rub in his face. They wanted the bitch’s
name
. Nine times out of ten, their suspicions came to fruition, usually spurred by a behavior change.
He’s eating right nowadays. He’s wearing contacts now.
I’d even had one strange woman give me the mistress’s phone number and name.
I just want to know what he’s leaving his family for
, she’d lied to me (and herself), her eyes burning with fervor.
Is that weird?

The men were a different bag of chips altogether. They were wrong
most
of the time.
I just want to know who she’s banging
, our last enlightened caveman had groused about his wife—the mother to his lovely twins. Turns out she was banging the
Oprah Winfrey Show
before slamming the dry cleaners, and then finally getting hammered by a BerryBlast Coolatta on the way home. In other words, a big fat nothing. But what did I care? I got paid either way. I only wished I could let Mrs. Caveman know that he didn’t trust her as far as he could throw her.

I stuck Mrs. Blake’s picture back in the folder and pulled out my digital camcorder. Since we were working on Mr. Blake’s dime, at some point I knew we were destined to follow this woman to the bookstore, a Starbucks, maybe even cool our heels while she browsed a SuperTarget, before finally following her to pick up her 2.5 kids at daycare. All right, it was three—Emily, Taggert, and Taylor. Our only break was that the huge blue Dodge Durango would be hella easy to tail.

“Time is 1:15 p.m.,” I murmured in the general direction of the mike before recording four time-stamped seconds of the stationary Dodge Durango.

For my own purposes, I panned out to get the tags of the CLS550 still kissing the curb. I was pretty sure he was a PI by this point, and I was getting annoyed. “Amateur.” I clicked off the camcorder. “This will make scintillating footage for Mr. Blake later on.”

I stared at him for a moment. “What’s that supposed to mean?”

“Ever since you dumped Trevor. Love lost, and all that nonsense. Or maybe it’s just that misery loves company.”

“That’s a miserable thing to say,” I said, glaring at the camcorder in my lap.

Just because I decided Trevor and I were better off enemies than lovers didn’t make me bitter. The fact that he then decided he was more into breasts than he’d formerly thought? Yeah, that made me a little tart, I won’t lie.

“Or maybe it started before Trevor even. Maybe it was—”

“Don’t.” I knew exactly who he thought it was, and I didn’t want his name mentioned. Nick was a failure I kept close to my heart, even more of a failure than the Trevor thing. Which said quite a bit.

The green micronumbers on Drew’s dashboard clock ticked past three. My mind was itching with being still. I wanted to walk around the block. Sleep. Eat something.

“Toss me the Cheetos,” I demanded.

Drew aimed the bag at my head, and I caught it just in time. I opened the bag violently, and Cheetos flew into the console, making Drew holler at me. I threatened to rub Cheetos dust on his slacks, which settled him down quickly enough. I slowly picked the artificially orange pieces off the dash, eating them one by one, knowing it would annoy him.