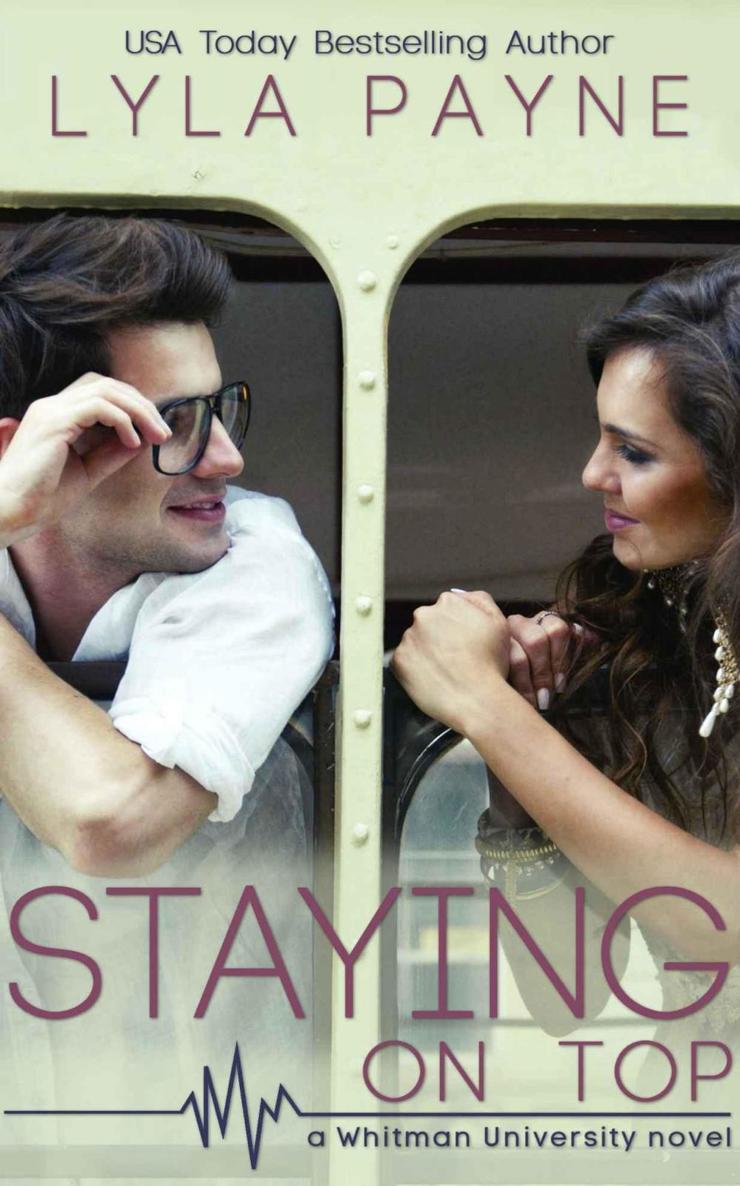 Cover Art and Design by Eisley Jacobs at Complete Pixels

This book is a work of fiction. References to real people, events, establishments, organizations or locations are intended only to provide a sense of authenticity, and are used factiously. All other characters, and all incidents and dialogue, are drawn from the author’s imagination and are not to be construed as real. 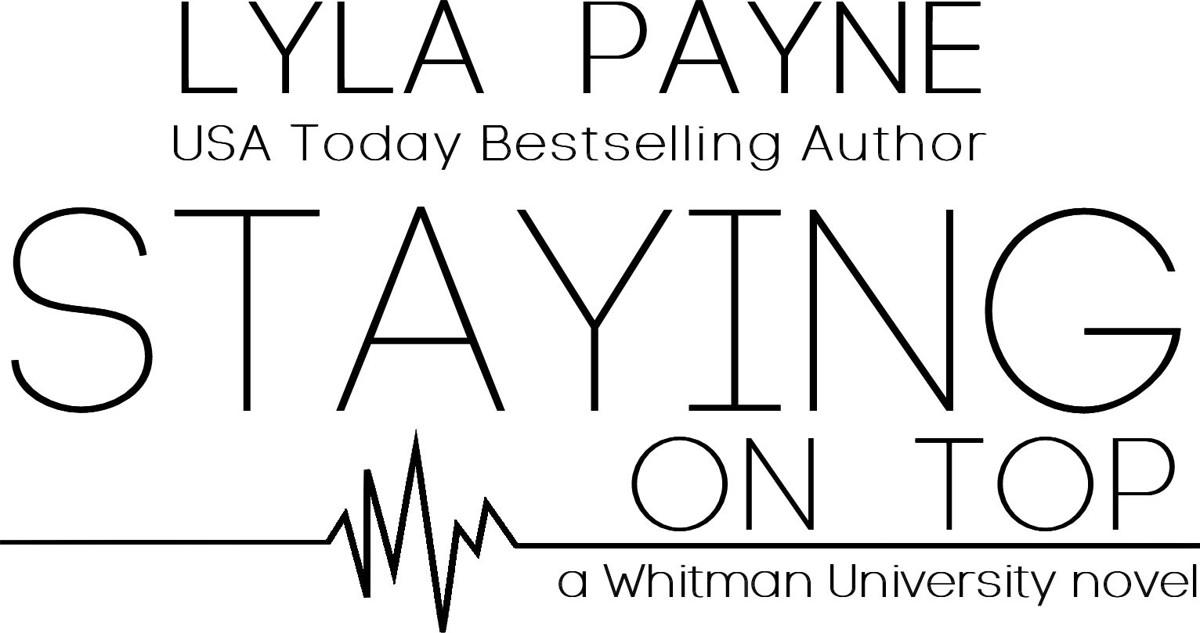 To Andrea, who has been my best friend for almost thirty years. There has been laughter, hurt, understanding, exasperation, and love, which all add up to a friendship that has shaped my life.

I hope it continues to do so for years to come.

“Are you Sam Bradford?”

This was getting to be too easy. I didn’t know how that made me feel.

I closed my eyes and counted to five. Ten or twenty would have been better, but that seemed like a long time to ignore someone. She sounded pretty, with a lilting, hard-to-place accent—probably Swiss. I guessed tall and blonde, maybe brown eyes, and found exactly that when I swiveled on the bar stool to face her.

“Oh, you are. Hi. I’m Chloe. This is Vera.” She jerked her head toward the shorter, less attractive brunette standing a foot behind her. “I’m a huge fan.”

They were always huge fans, just not usually of tennis. Girls were fans of things such as the shoes Nike had given me for the season, the way my hair curled in the humidity, or maybe the way my abs looked when I changed out of my sweaty shirt on court. And normally, I didn’t mind. Chloe was confident and beautiful, as Swiss girls tended to be, but I’d hoped getting to Basel a few days early would help me avoid the groupies.

Of course, bombing out of Valencia in the second round had helped my early arrival along.

I slid off the stool and dropped some euros on the bar, then grasped her hand. It was warm and soft, everything a girl’s hand should be, but I couldn’t muster the interest. For all the fun that went along with not having a commitment, lately the shine of the single life had started to wear a little thin. “It’s nice to meet you, Chloe.”

Disappointment shone in her dark eyes. “You’re leaving? I was hoping to buy you a drink.”

“If I didn’t have to go, I would buy
you
a drink. No way would I let such a beautiful woman pay for booze.” I winked and gave her a smile. A pretty blush crept across her pale cheeks, almost changing my mind. “Will you be attending the matches next week?”

She nodded. “Yes. My father’s company is one of the sponsors.”

“Well, then I’m sure I’ll be seeing a lot more of you.” I let the double entendre sink in, enjoying the glow of hungry excitement on her face. “Have a lovely night, ladies.”

I traded the overly warm interior of the bar for the chill of October in Switzerland, barely glancing at the scenery. The thing about traveling constantly was that every place started to feel the same. Switzerland was beautiful and friendly, and was actually one of the places on my list to consider settling down one day, but tonight a soft hotel bed was all I wanted.

Only a few weeks remained before professional tennis’s paltry six-week off-season, and I needed it more than ever this year. The injury my obliques sustained in Melbourne had healed by spring, but a rough five-set semifinal at the US Open had me hurting again in a way that begged for a long rest.

I felt tired—exhausted by the travel; by the practice and play; by women; by my small but invasive circle of friends, managers, and trainers; and by my bloodsucking family. It was impossible to recall the last time I’d been alone. I don’t think it had ever happened.

The windows of my hotel, a posh five-star job that cost me thousands of dollars a night after putting up my publicist, manager, coaches, and trainers, glowed in the Swiss evening. The silence of the empty lobby loosened the tension in the back of my neck. As I reached for the elevator buttons I was thinking maybe one drink from the minibar, then bed, when a throat cleared behind me.

Not again. The tournament didn’t start for two days—who would have guessed there would be so many women lurking around already?

It wasn’t a hopeful girl, though. The desk clerk’s face shone with a light sweat, his eyes flitting from the floor, to me, to the front desk, before settling on his toes. His white-blond hair made the redness of his cheeks even more prominent, and his sweat, along with the way he licked his lips, infected me with nerves.

“Mr. Bradford?” He licked his lips again, then darted a glance at my face.

“There, um . . . seems to be an issue with your credit card. If you would care to step over to the front desk, I’m sure we can make other arrangements.”

“What kind of issue?” The travel weariness sank deeper, burrowing into my bones.

“It’s been declined by the bank.”

“That’s not possible.” I had no idea what my limit was except that it was extremely high—maybe non-existent, and I spent so much money on a monthly basis on training and travel that there was no way to keep track of my balance. I had an accountant and he hadn’t given me any indication of a problem. “Did you try it again?”

“Three times, sir, and we called. There are no funds available.” He stepped to the side, motioning to the front desk. The harsh lobby light glinted off his gold name tag, catching his name.

“Listen, Pierre, can we deal with this in the morning? I’ll send my manager down first thing.”

“I’m afraid not. We’ll need a different form of payment on file.” Pierre grew bolder with each step toward the desk, as though it held some kind of recharging ability. As though he were Superman and that glossy piece of granite and wood represented his Fortress of Solitude.

If I refused, what would he do? Throw us all out on the street? It seemed unlikely. The presence of press would be enough to deter him; the Swiss were notorious for avoiding the kind of tabloid gossip that places such as England and America ate up like shit from a spoon.

Still, it would be better not to chance it. Despite rumors that I had a reputation for taking advantage of my luck with the ladies, I’d managed to stay off the confirmed gossip radar.

Pierre crossed behind the desk, the ruddiness gone from his cheeks and his expectant eyes on my wallet as I pulled it from my back pocket. On the tour and in the tennis world, my rep could be summarized as quick-to-smile and laid-back, but this whole day had made me feel anything but easygoing.

There were four cards in my wallet—three, including the one the hotel had on file, were linked to checking accounts. The fourth was a credit card I used to accrue frequent flyer miles. I had a smaller fifth account that I used for personal expenditures, but that card was upstairs in the safe.

I handed him one of the other bank cards, wondering where this mix-up originated but not too worried about it. I’d let Leo, my primary manager, know in the morning and let him figure it out. I rarely talked to my accountant, Neil Saunders. He was an American but spent tons of time abroad with his international clients, including several other tennis players.

“I’m sorry, Mr. Bradford. This one is declined as well.”

“This is ridiculous. Something must be wrong with the machine.” When he didn’t reply, I handed him the last checking account–linked card, unable to stifle my glare.

The flush returned to his cheeks. “I’m very sorry, sir. I’m sure it’s some kind of mistake, but it is our policy to have a method of payment on file . . .”

Pierre and I both knew that I could cover any bill they could throw at me, in cash even, but apparently policy was policy.

When the third card was declined, the first seed of worry dropped into my gut. There could be a mistake on the part of the hotel, but there didn’t seem to be a problem with any of the other guests. The chances that three different banks on two continents had screwed up my authorizations on the same night seemed . . . slim. Slim to none.

My credit card went through on the first try.

“Well, at least I’ll get the extra miles,” I joked. It sounded strained, even to me, and I hated to show my concern.

Pierre gave me an awkward smile. “I’m sure you’ll get it straightened out, sir. Good luck in the tournament and enjoy your stay in Basel.”

It weirded me out when people twice my age called me
sir
, employees or not. I might be a millionaire and a third of the way through my career, but I was only twenty-two. Pierre had to be pushing fifty.

“Thank you, Pierre. I’m sorry if I was short with you.”

The elevator sped up to the thirtieth floor, the top of this particular establishment. My team of sixteen plus me took up all of the rooms after I paid for two extra to ensure we would be alone. I liked my privacy, and even though the Swiss did a better job regulating paparazzi than most, if I wanted to bring someone such as Chloe and/or her friend home in the next couple of days, I didn’t need it splashed on every blog between here and Hawaii.

Her bright blond hair, full breasts, and pink cheeks flashed in my mind. It would probably happen, if I had the good fortune to run into her again. I had a feeling I’d enjoy taking her for a drive, and also that she probably didn’t mind sharing the wheel. My favorite kind of girl.

It had been my plan to speak with Leo about the initial financial glitch in the morning, but after having all three bank cards declined, I knocked on his door instead of going straight to my suite. He answered in the space of a couple breaths—he barely slept, even though one of his many jobs was making sure that I did.

“Sam. Everything okay?” Leo’s longish blond hair was tousled, as though he’d at least been lounging, his white shirt unbuttoned, his tie askew.

Leo didn’t even have ten years on me, but friendship didn’t accompany our professional arrangement. He saw himself as the one who had to keep me in line, and he’d told me once that it would be harder to do if we went out drinking and picking up girls together. He worried enough for the both of us plus my parents, who didn’t give a shit, and earned big bucks for it.