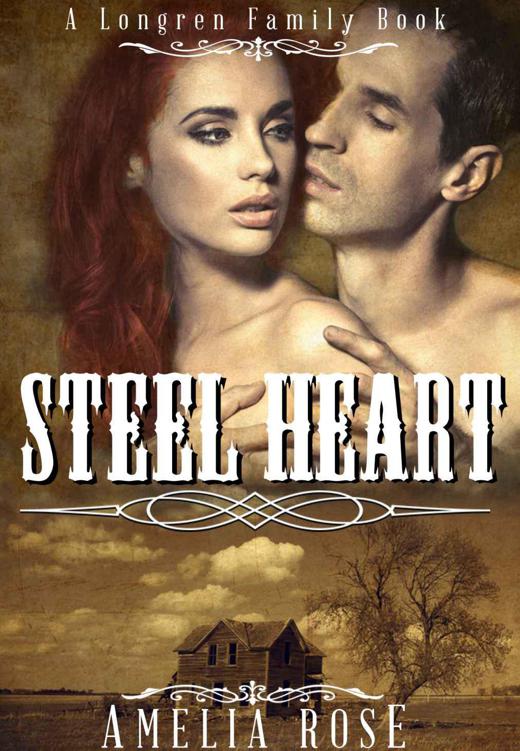 The Faro Queen burned like dry timber on a midsummer day.

It was anything but midsummer.  A January day so freezing cold I hadn't wanted to leave my father's house, but Matthew had come calling, wanting to take me to Virginia City for lunch at the Queen.  Four months of renovation meant to take the leaning Queen from the retirement forced upon her after the Great Fire of 1875. As 1881 began, she was coming back from the dead.

Now, she may be headed back that way.

I ran for the boards of the sidewalk across the street; no safer really, should a spark fly that way, but out of the way.  Crowds gathered, women wringing their hands and calling for help, staring around at the other shops and hotels, men running to join a bucket line.  From farther south on C Street, I could hear the water and chemical wagons racing, the horses galloping and the men shouting.  They'd be here in seconds.

It had to be in time.  This was Matthew's dream, his reconciliation with his brother for some misstep I hadn't asked him about.  The bucket brigade was already moving fast.  Buckets moved hand over hand, pouring water into the nascent casino, drenching every surface they could in hopes of putting out the flames even before the wagons arrived.

The street swirled with snowflakes blown by a harsh winter wind, coming from the northwest and hitting the back of the hotel, where they did no good.  I shivered and stepped back into the street, brushing strands of red gold hair out of my eyes.  Pulling my skirts out of the way, I ran toward the back of the hotel.  I needed to ascertain the flames weren't going all the way through, that nothing had caught out back that might be missed.  A spark could start the whole thing up again.

Slipping and sliding in the snow, I made my way behind the structure.  Heat radiated off the dry wood.  Glass shattered like a rifle ricochet.  From somewhere nearby, I could hear crows calling and the bells on the wagons rang with freezing clarity.

I ignored the shout.  Footsteps didn't pursue me so I kept going.

Behind the Queen, there was only a narrow space cleared for deliveries and then the hill started.  All of Virginia City leaned precipitously to the east, sloping down off Mount Davidson, where the silver had been found.  The city dropped down in terraces, like layers on a cake.  The hillside behind the hotel was clear, no sparks, just snow and mud dotting through it, ash and sage. One of the back windows blew out, glass flying.  I put my hands up over my face and turned away from the building.  Time for me to get out of there, back around to the front of the building where the fire wagons would be.  I turned too fast, my boots slipping in the icy whiteness, and I went down on one knee.  The fire didn't frighten me—I could hear the fire wagons out front now and the men shouting, pumping the chemicals and water, ready to start spraying into the building.  If the fire came my way, I'd make my way up the short hill to the next street.  I was more afraid of being in the way, or being no help.

I shoved myself back up, snow on my gloves, my skirts, my legs; cold where it had already melted through the cloth.  There was no one to hear me swearing as I lurched forward a couple of steps and stopped.

A figure darted out of the back door of the Queen, running with a strange, hampered gait.  Fire chased him, long tongues of it reaching as if trying to catch up to him.  He slammed a hat down over his head as he ran.  Scarves covered the lower half of his face.

I almost called out.  He was obviously a worker, caught when the fire started, not out in time, but what had kept him so long?  Was he injured?  Did he need help?  I took another step, meaning to ask if he needed help, and then stopped myself.

Whoever he was, he'd started up the back alley, heading south, moving fast on the slick new snow and carrying something in his hand that I couldn't make out.  There was still something strange about the way he ran.

I made some sound.  He was far enough away; he shouldn't have been able to hear me, not over the noise of the fire, the men shouting, the water beginning to spray.  But he turned back, just long enough to see me watching him.  Just long enough for me to see he carried a bottle of lamp oil that glittered, catching the firelight and my attention.

I looked fast to see his face but he'd already turned, running.

I went down in the snow twice more before I made it back to the front of the hotel.
Less snow than fear making me clumsy,
I thought.

No way to get close to the doors now.  The front of the Queen was jammed with men spraying chemical foam and water, mostly getting in each other's way, each trying to be the team who put out the fire.  Horses snorted and stomped, detached from the wagons but too close to the fire for comfort.  Across the street, knots of onlookers fretted and shopkeeps and hotel owners reclaimed their water buckets, filling them again on the street in case a stray spark caught.

Snow fell harder now, blanketing the street, wheel tracks started to vanish into the white. I pressed closer to the Queen, wanting to find Matthew or Hutch, wanting to tell somebody what I'd seen.  On the edges of the crowd, I finally spotted Maggie pushing her way through the crowd, her bright hair uncovered, her face smudged with soot.  Of course, she had grabbed a bucket.  It wouldn't have occurred to her not to.   Why hadn't I?

But I'd seen something no one else had.  I began pushing my way through the crowd.  I didn't know most of the people I passed.  Virginia City was new to me and being the daughter of the Mayor of Gold Hill didn't matter here, where I was lost in a crowd I had no chance of seeing over.  I apologized and kept pushing until I pushed free of the elbows and shoulders with a suddenness that left me breathless.

At first glance it looked awful.  At second glance it looked better.  Once I caught my breath, I realized the walls were scorched and the floors singed, but the rugs hadn't been laid down yet and the Faro tables weren't in place. The place was still a shell and the shell was holding.

I let out a breath and began looking for Matthew.  He stood across the cavernous room in a clutch of men, the wagon teams, his brother, carpenters and workers and, I wasn't at all pleased to note, Miss Violet Hastings, daughter of silver baron, Victor Hastings, heir to the Hastings fortune.

She stood much too close to him, her raven hair pulled back into a twist, curls framing her face.  White skin, deep brown eyes, lips very red and she was wearing a deep cut gown more suited to an evening at Piper's Opera House than the inside of a scorched casino.  As I watched, she leaned earnestly toward Matthew, one grasping white hand on his forearm as she licked her lips and looked up from under her lashes at him, making some point.

I thought he'd be impatient with her.  What could she possibly have to say in the wake of a fire in his new hotel that would be anything but a distraction?  But Matthew leaned closer, head cocked as he listened, his attention clearly on her and not on whatever Hutch and the foreman were saying.

Someone bumped into me from behind, apologized, and swept past me.  In that instant, Matthew looked up and caught sight of me.  He blinked, gestured some message I couldn't possibly interpret, said something to Violet, and excused himself to cross the room to me.

I should have taken a breath in relief, but I didn't.  Anger coursed through me, leaving me over-warm again in its wake.

"You shouldn't be here," he said, by way of greeting.  What I thought might be a chaste kiss on the cheek turned instead to his taking my elbow and beginning to steer me from the building.  "It may not be safe.  Why don't you wait—"

I pulled my elbow sharply from his grip.  "It's safe enough for Maggie and for Violet," I said.  "I think I'll be alright."  I glared at him.

He had the decency to look abashed. "Still, Chloe, I wish you'd—"

"—I have news," I said, interrupting him.  "I saw something.  I was coming to tell you but you seem to be … occupied."

"By all means," I said.  "I will take my news to Sheriff Gannon.  Perhaps he will have interest in the person who tried to burn your dream."

That should have caught his attention.  But the Sheriff stood with the group of men, with Hutch, Maggie, Violet and the foreman, and Matthew was already looking back at them, convinced he was missing something important.

I was convinced he was.  But not with that group.

Getting to Sheriff Gannon would mean breaking through the group of men and Maggie already clustered around with Matthew—and Violet.  I looked around for other options.  The fire fighters were still present, checking for sparks or embers, stomping imaginary outbursts of flame.  I could ask them, of course, how they thought the fire started, but time was passing.  I needed the Sheriff, couldn't have him, needed Matthew and, as often happened, would have to compete for his attention, which I wasn't about to do.  A deputy would serve, but there weren't any inside the Queen.

With a last glare at Matthew, one he completely missed as he leaned down attentively to listen to Violet again, I went back into the snow.  I was more than warm enough to melt it.

On the street, the fire drawn crowd had begun to disperse.  The wagons were being packed up, the horses re-tethered.  Snow still fell, but the flakes were slow and swirling.  With a last look at the doorway I'd just come through, I headed around to the back of the hotel.

The tracks were still there.  I could see clearly where I'd fallen making my way around the front of the building.  I could see where I'd headed as far as the hill behind the hotel, moving away from the breaking glass.  That's when I'd turned and seen him, whoever he was.

His tracks were still visible.  Not crisp, some snow had filled in the centers, but I could see the outlines and I could follow easily enough.

I threw one look back over my shoulder but no one had come after me to stop me from doing anything foolish.  No one had even noticed me leaving.

Squaring my shoulders, I followed the tracks down the alley, away from The Faro Queen.