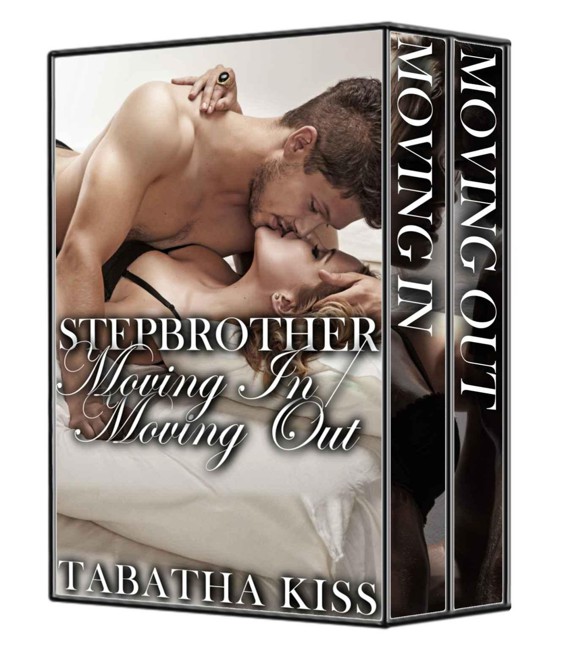 This is a work of fiction intended for mature audiences only.

Any resemblance to actual persons, living or dead, is purely coincidental.

All characters detailed within are eighteen years of age or older.

No characters engaging in sexual acts are blood related.

“Make yourself at home, baby!”

I look around the living room and regret thinking this was a good idea. “Yep,” I say. “Two college guys definitely live here together.” Clothes are piled up on the couch and dishes have been stacked up by the sink. I detect the faintest stench of body odor in the air.

Carter looks around the room. “What?” he asks with a confused glance.

“Nothing,” I say as I set my suitcase down. I step closer to him and wrap my arms around his waist. “Thanks again for letting me stay here for awhile.”

“Hey — all the free sex I want, whenever I want? What kind of man would pass that up?” he asks.

He kisses my forehead. “I’m just kidding!” he says. “You know I’m just playing around, right?”

I take a step back and cross my arms. “What did he say?” I ask in frustration.

He brushes a hand through the air. “Don’t worry about it, Mina.”

“Because it’s not a big deal,” he says. “I swear, I’ve never seen a brother and sister fight as much as you two do.”

“What did you guys do to each other that was so wrong?”

“Well…” Carter steps towards me again. “He’s my friend. But you’re my
girlfriend
, so I’ll take your side in all battles while you’re staying here, if you want.”

I smile. “That would be just fine,” I say. I pop up on my tippy toes and kiss Carter on the lips.

He moans to show his satisfaction. “Now…” he begins. “About that free sex…”

“You mean the free sex that was in no way guaranteed in this agreement?
That
free sex?” I joke.

“Yeah…
that
free sex…” He leans over and offers me a firm kiss.

“Where’s Seth?” I ask between kisses.

“He’s at class…” Carter answers, pulling me closer. “He shouldn’t be back for a few hours. Instead of free sex, I’d be willing to negotiate some
welcome home
sex, if that’s what you’re into.”

I giggle as his lips find my ear. A sharp tickle travels down my back. “Perhaps…” I breathe.

Carter grips my hand and pulls me across the living room. I nearly trip on the random objects scattered along the floor, but I easily keep myself upright by sliding my other hand on the wall.

“Careful, Carter!” I shout through laughter.

He yanks me into his room and closes the door behind us. “I can’t help it,” he says as he peels my jacket off. “I’m just so excited to have you here.”

We collapse onto the bed together. I push him onto his back and straddle his waist. His swollen member presses against my mound, trapped behind his pants. He bites his lips, smiling as I grind my pelvis against his, awakening my own passions with each purposeful rub.

I slide down his body and plant my knees on his floor. My fingers reach for his belt and I slide it off his body, licking my lips, longing for a taste of him.

I pull his boxers down to the floor.

“I can
definitely
get used to this.”

Carter groans in ecstasy as my lips glide across his thick crown.

I open the refrigerator and reach inside to grab a bottle of water. Spending the afternoon in Carter’s bed always drains the energy out of me and I find myself begging for thirst after a few sessions. As I bring the bottle to my lips, I hear a set of keys shaking in the lock.

“Fuck…” I whisper as I kick the refrigerator closed with my bare foot. I realize that I’m wearing one of Carter’s shirts — and literally nothing else. The shirt itself falls just above my rear end and my cheeks are easily visible to anyone that cares to look.

I charge across the living room with the bottle of water in hand, hoping to reach Carter’s room before the inevitable happens.

“I see you’ve made yourself at home…”

I pause in the hallway and turn to face him quickly, all the while keeping a hand on the shirt to hold it down. “Hey, Seth,” I say with an awkward smile. “I was just… getting some water.”

Seth kicks off his shoes. They tap against the wall next to the door. I notice plenty of black smudges in the area, obviously from the two of them kicking their shoes against it since they moved in.

“Well…” he says. “Better get back to drinking that water then…” he mutters.

“I never said that,” he says quickly, awkwardly shifting towards the kitchen. He tosses his backpack onto the kitchen table. It wobbles a bit under the new weight.

“But it’s only for two weeks…” I continue. “Then my new lease begins and everything will go back to normal.”

“Okay.” He reaches over the refrigerator and grabs an open cereal box.

“I just…” I know I’m quickly overstaying my welcome in this conversation, but I won’t feel right until I get the words out. “I just want the two of us to be cool, okay?”

“I am cool,” Seth says. He pulls a gallon of milk from the refrigerator.

I bite my lips and linger in the hallway a little longer. “Okay then.” I turn on my heels and start stepping back towards Carter’s room.

“Try to keep it down tonight,” I hear Seth say. “Some of us have exams in the morning.”

I take a breath, wanting to say something, but I bite my tongue and continue on back into Carter’s room.

Carter fidgets on the bed, his full nude body on display. “Who you talking to?” he asks.

I take another swig of water. “Who do you think?”

I sit down on the edge of the bed. “Are you sure this is a good idea, Carter?”

“Hey—” he sits up. “I told you. It’s us versus him now. You’re not going anywhere until you can move into your new place and that’s final.”

I smile at him. “I love it when you go so authoritarian,” I say.

“What can I say, baby?” He stretches back and lays down with his hands behind his head. “I’m an alpha male.”

I roll my eyes and laugh as I pull the shirt off over my head.

I look up from the sink to find Seth standing next to the refrigerator. His arms sit firmly crossed about his chest.

“I’m… doing the dishes,” I say as I hold up the soggy sponge.

“And what did you do to the living room?”

“It’s all…” His voice trails off. I glance over at him again. His expression screams repressed anger.

“It’s all
what
, Seth?” I ask, feeling painfully annoyed.

“Everything is all moved around and out of place.”

I breathe a laugh by accident. “Out of place?” I repeat. “There was nothing
in
place beforehand.”

I look back at the dishes. “I didn’t realize anarchy and filth were a system,” I say.

Seth pushes himself off the refrigerator. “Knock it off,” he says. “Stop moving things around.”

“I just
cleaned up
a little. Calm down.”

“No one said you could do that.”

“I need permission to clean my living space?”

“This isn’t your living space!” Seth shouts back. “You don’t live here!”

“What the hell is everyone shouting about?!” Carter’s voice trails above ours as he enters the kitchen from the hallway.

“Nothing, just forget it.” Seth turns on his heels and marches through the hallway.

I flinch as he slams his door with a deafening smack. “What the hell is his problem?” I mutter.

I turn to him, my hand still scrubbing hard at a plate with the sponge. “What did
I
do?! Really, Carter?” I add a little elbow grease behind my scrubbing to vanquish a particularly crusty bit of old food.

“You know what I mean, Mina,” he says. He lingers over my shoulders. “Would you stop that and look at me, please?”

I toss the dish into the water. “He’s pissy because I cleaned up the apartment,” I say.

“Yes, seriously,” I say. “Apparently, I moved things around too much and he has a
system
.”

Carter steps around the kitchen and peaks out into the living room. “Looks fine to me… Oh… did you touch his games?” he asks.

“I alphabetized them, if that’s what you mean…”

He winces. “Yeah… I should have mentioned.”

“He keeps them in release date order,” Carter explains.

“That’s stupid,” I say with a wrinkled nose.

“Okay, fine…” I turn back to the sink. “I’ll fix it and apologize.” My finger wander in the water until I find the dish I was working on before. I can feel Carter leaning in closer until his arms wrap around my waist.

“I’ve been here a week already and he still looks at me like a fucking bug — if he notices me at all,” I say.

“Well, fuck him,” Carter kisses my neck. “Only a few more weeks and this’ll all be over.”

I close my eyes and imagine my new apartment. It’s a great deal for the cost — two bedrooms, full kitchen, and a balcony that overlooks the city from the fifth floor. I can’t wait to move in. I’ve already sketched out exactly how I’ll set up my furniture. It’s going to be
perfect
.