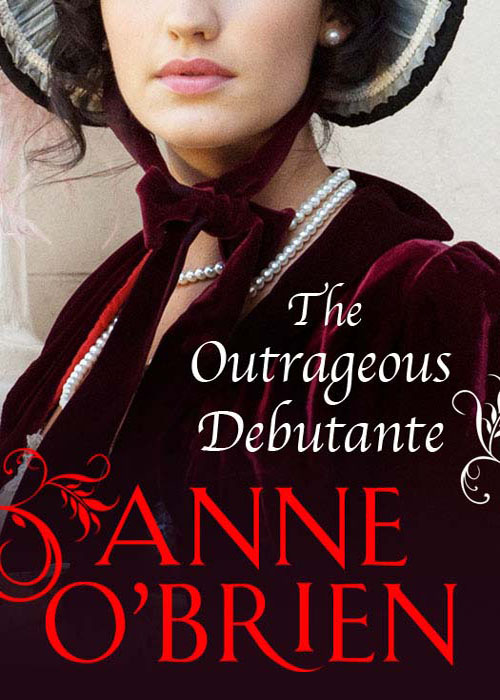 ‘We think it would be best if you kept your distance from Lord Nicholas.’

‘And if I don’t?’ But in Thea’s heart she already knew the answer.

‘Maybe nothing. Perhaps you would fall in love and marry. But if he discovered the truth, would Lord Nicholas continue to look on you with love—or would he turn his back with condemnation and contempt?’

‘I could not bear that.’ A tear stole unnoticed down Thea’s cheek. She knew what she had to do. She must set herself to destroy any vestige of the relationship which might have begun to blossom between herself and Lord Nicholas. It should not be too difficult, should it, to give him a disgust of her if she really tried? To make him wonder what he had ever seen in her?

No one must guess. Not Lord Nicholas. Not ever Nicholas.

And, whilst Thea found herself reduced to the blackness of utter misery, Lord Nicholas Faringdon was equally prey to extreme emotions. Against all the odds he had fallen in love. He wanted nothing more than to ask for the lady’s hand in marriage. She fired his blood. She intrigued him. She entranced him. If he had his way, Miss Theodora Wooton-Devereux would become Lady Nicholas Faringdon in the shortest possible time.

A smile of satisfaction touched his mouth. There was nothing in the manner of that lady towards him that might indicate that she would not welcome his addresses.

In
The Disgraced Marchioness
, the first volume in
The Faringdon Scandals
trilogy, Lord Henry Faringdon succeeded in finding happiness with beautiful Eleanor in New York. This left Henry’s handsome younger brother, Nicholas, to administer the Burford estates in Herefordshire in the name of his infant nephew. I wondered what Nicholas’s future would be, bound as he would be by a sense of duty—and so was born
The Outrageous Débutante
.

Nicholas is a typical Faringdon, with dark good looks, unused to having his will thwarted, and driven by ambitions. What will happen when his path is crossed by Theodora, a delicious débutante who is just as strong-willed as he, and certainly given to outrageous behaviour? Will it be possible for Nicholas and Theodora to find any future together after so stormy a first encounter? And when scandal strikes again, far too close to home, can their love even be declared, much less survive? Nicholas has to face the grave demons of his past, Theodora the truths of hers, both of which have the power to wreck any love affair between them. It could all so easily end in heartbreak …

Still the Faringdon history is not complete. Sarah Russell has yet to find her destiny. Although not a Faringdon by birth, her fate will become involved with that of the notorious Lord Joshua Faringdon, the Black Sheep of the family, cousin to Henry and Nicholas. Look out for their turbulent love affair, in
The Enigmatic Rake
, coming soon!

I hope that you enjoy this passionate encounter between Theodora and Nicholas, as much as I did in bringing them together.

ANNE O’BRIEN
was born and lived for most of her life in Yorkshire. Here she taught history, before deciding to fulfil a lifetime ambition to write romantic historical fiction. She won a number of short story competitions until published for the first time by Harlequin Mills & Boon
®
. As well as writing, she finds time to enjoy gardening, cooking and watercolour painting. She now lives with her husband in an eighteenth-century cottage in the depths of the Welsh Marches.

T
he sun beat down from a sky so pale with heat as to be almost colourless. From the deep ochre sand and rock of the Syrian desert, ruins of a Roman town stood proud, as if grown from the earth. Arches lifted their broken heads to the heavens, columns rose with splintered capitals and walls crumbled into dust. They might have stood there since the beginning of time, and would continue to stand until the hot winds and cold nights reduced them once more to nothing but grains of sand. Nothing moved in the landscape except for a pair of lazily circling eagles and the lizards that basked on the hot stones. Nothing moved until two figures emerged from the distant heat haze, to fly across the firm sand towards the ancient town. A pair of fine Arabian horses, their riders crouched low as they encouraged them to pit their strength and speed against each other. Far behind followed a small group of riders, at a more sedate pace, leading well-laden pack horses.

The two riders drew rein before the remains of a magnificent triumphal arch. The animals danced at the curbing of their energies and tossed their heads. They were beautiful, both satin-skinned greys with the short curved necks and small heads of true Arab breeding. The riders controlled them with ease as the horses resisted the firm hands on the reins and fought to run.

As they finally settled and consented to stand, sides heaving, the riders dismounted. They walked towards the crumbling stonework
and, securing the reins to fallen masonry, sank down in the shade. Then they proceeded to unwind the scarves that had been draped around head and face against the sun and sand and to loosen the all-encompassing robes that protected their clothes—to reveal that the riders were female.

‘That was wonderful! So much light and space. I love the elemental heat of it—even when my nose is pink and I have sand in my mouth!’ The younger woman wiped the back of her hand over her dry lips as she watched the slowly approaching caravan, then turned her brilliant blue eyes on her older companion. ‘You have no idea how much I shall miss this place, Mama.’

Lady Drusilla Wooton-Devereux smiled her understanding, in complete accord with her daughter. ‘I, too, regret leaving it, Thea. And Sir Hector would not be averse to remaining at the Court of Constantinople for a few more years. But his position does not allow him free choice in the matter. We must make the most of the remaining days here.’

Theodora Wooton-Devereux pulled the long veil completely from around her head, to reveal the interesting fact that her hair was of a rich gold, a burnished cap in the sunlight and cut as short as any boy’s. She ran her fingers through the short strands where the wisps stuck to her heated forehead and cheeks. Unconventional it might be—shockingly so, some might say—but it drew attention to the face of a Beauty. Glorious deep blue eyes, the dark, elegantly arched brows, the fine cheekbones and straight, almost masterful nose. Miss Wooton-Devereux’s delicious mouth with its full bottom lip curved in unalloyed pleasure. She was without doubt a striking young woman.

‘What will it be like in Russia when Papa is sent to St Petersburg?’ she asked. ‘Cold, I expect.’

‘Not so much now in the summer months. But in winter, yes. A land of ice and snow, temperatures so low you could not believe it. Even the rivers freeze over.’ Lady Drusilla smiled at the memories, surrounded as she was by extreme heat and dust. ‘Your father and I spent a few months there—he was in a lowly
position in the diplomatic ranks in those days, of course—before you were born, Thea.’

‘How exciting it must have been—you as a young bride. I shall like to see it. And the court of Tsar Alexander, of course. Do you suppose he is as handsome as they say? We shall need furs and woollen cloth, not these wonderful light garments.’ Thea leapt to her feet, unwilling to sit longer when energy surged through her veins, and strode around so the robes billowed about her, robes such as a Bedouin in the desert would wear, revealing that beneath them she wore wide breeches as the Turks might, tucked into the tops of long leather boots. ‘I think that wherever we go, this will always be my favourite place. Riding for ever with the distance never seeming to come any closer. Sleeping outside under the stars, which shine with such brilliance.’ She spread her arms and danced a few short steps of joy. ‘But I expect Russia will hold as many delights. How long do you suppose before Papa is transferred?’

‘A few months, perhaps as long as six. We should be fixed in London for the time and so will take a house for the Season.’ Lady Drusilla watched her daughter, unwilling to curb Thea’s delights. But she knew she must. It was more than time for her to remember her duties as a mother to this enchanting daughter.

‘Thea—I do not think that you should come with us to Russia.’ The words came out as a bald statement.

The dance across the sand stopped. The dancer turned, her face registering a sharp mixture of shock and surprise. A sudden fear.

‘Not come with you? But why not? I have always travelled with you. Saint Petersburg cannot contain more dangers than Constantinople, surely. And if
you
are to accompany Papa, there is no reason for me not to do so.’

‘It is not a matter of safety. That has never been an issue, as you are well aware.’ Lady Drusilla turned her eyes away, unwilling to see the hurt that she must surely inflict. She knew her daughter’s temperament too well. Had she not herself fostered the strong streak of independence, the love of travel and adventure? But there were now steps that must be taken. ‘It is time that
you married, Thea.’ She kept her voice light and gentle. ‘You are now one and twenty, high time that you were wed. I had been married all of two years when I was your age.’

‘There is plenty of time for that.’ Thea came to sit beside her mother, intent on persuasion. In her short life she had rarely found it difficult to get her own way. But Lady Drusilla, fully aware of her daughter’s tactics, shook her head and resisted the clasp of the urgent hand on her arm.

‘No. We have been too selfish with you, my love. Enjoyed your company far too much. I shall miss you dreadfully.’ She closed her hand over Thea’s, to still the restless fingers. ‘But it is time that you had a husband and your own home. Children, of course. We must not leave it longer. It would be most unwise.’

‘Mama—do I really need a husband? I would far rather come with you to Russia. Perhaps in a few years when—’

‘No! You are older than a traditional débutante for her coming out as it is, Thea, and that is my fault. You should have a Season in London—you deserve one. You are a beautiful young woman and should not be denied a formal introduction to London society. Besides, I want a rich and titled husband for you, so that you might be comfortable.’

‘But I am an heiress. I don’t need more wealth.’

‘Perhaps not. But you certainly need a husband. I do not wish to think of you growing old as an eccentric and lonely spinster, roaming the deserts with no company but your servants, the object of gossip and speculation from everyone you meet. That is not what any mother would want for her daughter.’

‘I would not be lonely. I should take a lover!’ The lady lifted her chin, deliberately intending to shock her mother, horrified at this sudden arrangement of her future life without any consideration for her own wishes.

‘You will do no such thing, Theodora. Your upbringing might have been somewhat out of the way in comparison with that of most young girls, but I will have no truck with the scandalous, the improper!’