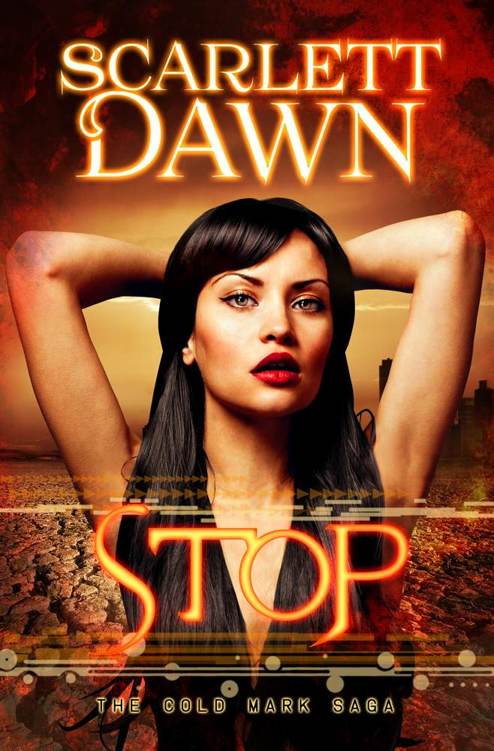 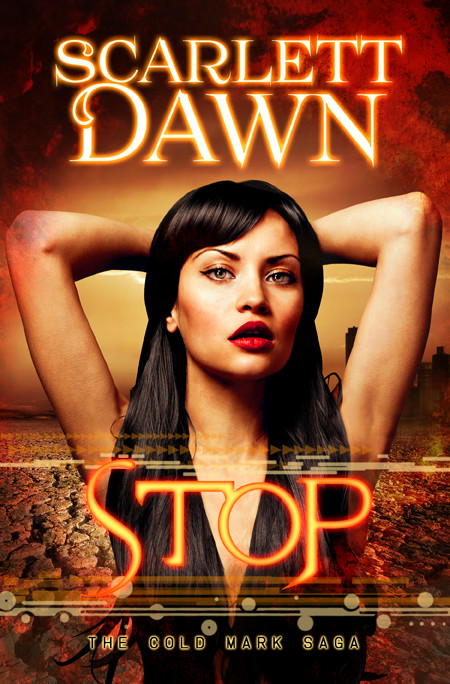 First Edition
All rights reserved as permitted under the U.S. Copyright Act of 1976. No part of these publications may be reproduced, distributed, transmitted in any form or by any means, or stored in a database or retrieval system, without the prior permission of the Author. For information regarding subsidiary rights, please contact the publisher.
This book is a work of fiction. Names, characters, places, and incidents are the product of the author’s imagination or are used fictitiously. Any resemblance to actual events, locales, or persons, living or dead, is coincidental.
Cover and Formatting by
ShoutLines Design
Editing by
Rogena Mitchell-Jones Manuscript Services

Half-naked in preparation for a shower, I held Jax’s note in a white-knuckled grip.

I read it again. And
again
. I skimmed the contents too many times to count.

Escape. I wanted my own life so badly I could cry.

A person doesn’t know just how blessed they are until their freedom is taken away.

I may not be behind laser blocks in a Mian prison, but Triaz was my own personal jail cell.

With too many unanswered questions trapping my thoughts, I prayed with all my might for patience before I scrutinized the bathroom for a place to dispose of the note—without it being found. My eventual grimace was warranted. The safest hiding spot would be if I ate the piece of paper. Many waste receptacles—including toilets—sounded an alarm if an item was placed inside it that shouldn’t be there.

With my lips thin in determination, I tore the note into tiny pieces and quickly stuffed them into my mouth. My nose scrunched, chewing the wad for a gruesome minute. I swallowed it down.

It sure as hell didn’t taste like candy. More like paste and cardboard. But the deed was done.

I efficiently removed the rest of my clothing and lifted my left leg to step into the bathtub.

One leg still up in the air, I stared down between my naked thighs.

And
screamed
as if the room were on fire.

“What in the mother fucking hell?” I shouted. My eyes were glued between my legs.

I patted my intimate flesh repeatedly, even wiping back and forth. Nothing changed.

The gawking couldn’t be helped—
hell, no
—but reality brazenly intruded when I heard the door bash open to the Plumas’ bedroom. Moving like a panther, I lowered my leg and grabbed my large towel. I would not be caught naked with a blatant…issue. Using lightning quick actions, I had it wrapped around my bare body just as the bathroom door ripped off its hinges and flew inside, slamming like a rocket against the double vanity. The halo-mirror above the sinks vibrated and then wavered as the two Plumas entered the silent bathroom, making their reflections appear like they were deadly spirits straight from the pits of the underworld.

The door teetered further to the side and hit the tile floor with a resounding
thunk
at my feet.

Phila and Killeg’s eyes smoldered, the glow so harsh in the contained room, I almost lifted one of my hands to shield my own gaze. Wrath permeated the air like I was caught in a sticky web, and a petrified shiver wracked down my spine. I would never want to be on their bad side—ripped limb from limb with no real effort on their part. Their chests heaved as their blazing eyes took in my person from head to toe, and then swung across the room, scanning the area for an enemy—a foe they wouldn’t find.

I held perfectly still in light of their fury, though my thoughts started to calm as a suspicious awareness hit. My regard altered between each of them, focusing on their hair, silently analyzing the bold, white hue—until their glowing gazes slammed back in my direction. My eyelashes swept down as I blinked ever so slowly.

But if I were, I held one hell of a power chip over their heads. One that could end their lives.

And quite possibly wreck mine even further than it already was—which was a valid reason to keep my mouth shut on this assumption. It was only a speculation needing further assessment—not to mention, a cunning scheme on how to complete said assessment.

Bless Mother Joyal, I was trained in tactics and had scored high on all tests involving stratagem.

This night was either the beautiful beginning of many possibilities. Or my ruin.

Staring into their radiant eyes, I decided I wanted to go back to bed. And stay there.

It was too damn early in the evening to act a cool headed role.

And, apparently, I sucked at lying. Joyal teachers really should have a technical course on it.

Killeg’s brows snapped together. His breathing had relaxed. “Why did you scream?”

I stayed silent for a moment, collecting my thoughts. I needed to play it cool. Lie better than I had ever lied before. This meant…I kept my mouth shut. I lifted a finger and pointed at the toilet.

Both blinked in confusion staring at the harmless white bowl. Phila asked, “Yes?”

With overly exaggerated, cautious steps, I walked to the toilet. Flushed it.

The water roared to life inside it with suction that could take my hand with it if it were down in the bowl. Quick thinking. The ‘dangerous’ toilet was all I could come up with. Though, on an honest note, the sound it made the first time I used it
had
frightened me enough causing me to jump off it. The story wasn’t too farfetched.

They watched me like I had lost my blessed mind.

Hmm
. It would probably be smart to keep my eyes wide in terror for this ‘show.’

And damned if they didn’t buy it. Poor defenseless Braita.

After staring into my doe eyes, Killeg’s head tipped back. He bellowed with deep laughter.

Phila—at least—managed to contain his hilarity with a hard snort behind a fisted hand.

I narrowed my eyes and then jammed a finger at the exit. “Get out.”

Killeg’s lips were tilted up in the most delectable grin. He held up both his hands. “We’re leaving.” A slight head tip toward the toilet. “Don’t fall in next time.”

Another jab to the exit. I growled, “Now.”

On silent feet, though their hilarity of their ‘dangerous’ toilet wasn’t as quiet, they both left the bathroom without another word said. When I heard their bedroom door close, I walked to the halo-mirror, the reflection now steady. Ever so deliberately, I peeled my towel away from my body.

While the hair on top of my head was a profound black, the color I had been born with, the hair at the juncture of my thighs no longer matched.

It was now snow white.

Pulling Killeg’s gifted cloak tighter around my body, I stilled as he approached. He wore his own cloak, which billowed out from his brisk stride. Underneath it, however, he was attired in all black, very chic in appearance, contrasting greatly with Phila’s borrowed oversized linen white pants and white t-shirt I was trying to cover. I had no clothes of my own here that were wearable—other than my boots—so I was stuck in apparel likely to agitate my Vaq when they saw me.

Me, wearing clothes of the Plumas of the east. Yes, my Plumas would not appreciate it.

“Jax is opening the doors.” Killeg pulled the hood of my cloak up over the top of my head. His warm fingers lingered as they brushed against my cheeks. I locked my knees so I wouldn’t squirm as heat unfurled in my gut. He bent at the waist, leveling his glowing crystal blue gaze with my chocolate browns. His words were quiet, unassuming. “Are you ready?” Too bad I could read right through him on this account.

Are you ready?
He meant, don’t you dare attempt to flee.

I snorted. “I’m not going to escape.” Not right now.

His head was slightly cocked, his chaotic white hair in perfect disarray. I wondered vaguely if he styled his hair like that on purpose to keep others off-balance. It was definitely eye-catching. His lips curved up at one corner, more than mischievous in nature. “Do I need to use my own drugging potion on you again to get you to a safe location?”

The blush burning my cheeks was welcome. At least, while we were still on this hov-craft, anyway. He was flirting with me. This…wasn’t so bad. I tilted my head forward a few inches, getting just that much closer to his face, before I grinned and whispered, “Killeg, you can kiss my Human ass.”

His resulting smile was just as radiant as his glowing eyes. Though, he paused with his lips parted, ready to rejoinder, when his attention altered to the kitchen bar where Stiller sat. The purple-haired Mian was silently sipping on a bottle of water, gazing directly at us. Blatantly staring. Killeg straightened and narrowed his crystal blue eyes on his best friend. He hitched a thumb in the direction of the parlor. “Why don’t you see if Jax needs anything?”

Stiller merely shrugged, not moving from the bar. “Jax flew us here. I’m sure he can handle opening the door.” His purple brows rose, and he pointed his water bottle directly at me with his regard still on Killeg. “I feel it is my duty to inform you, this is the most stupid action you and Phila have ever made.”

ThisTimeNextDoor by Gretchen Galway
Brenda Joyce - [Francesca Cahill 06] by Deadly Promise
Supernatural Devices by Kailin Gow
James the Brother of Jesus and the Dead Sea Scrolls II by Robert Eisenman
LANCEJACK (The Union Series) by Richards, Phillip
The Darkest Pleasure by Gena Showalter
Daylight - Book 1 (No Death for the Wicked) by Karli Rush
Catfish and Mandala by Andrew X. Pham
Through a Magnolia Filter by Nan Dixon
Ghost Run by J. L. Bourne