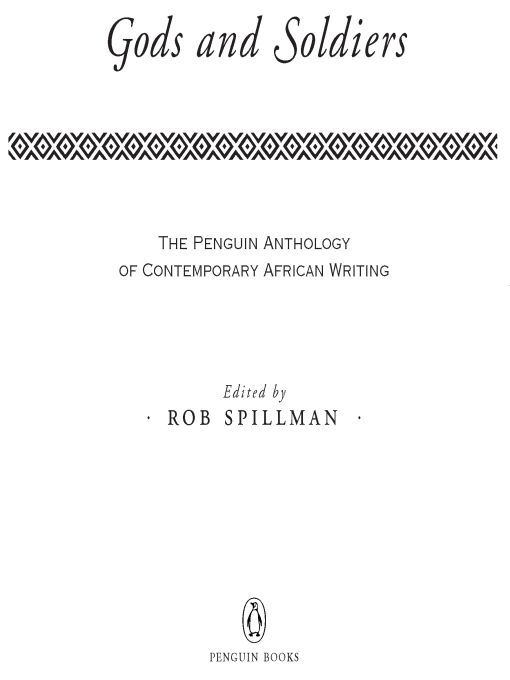 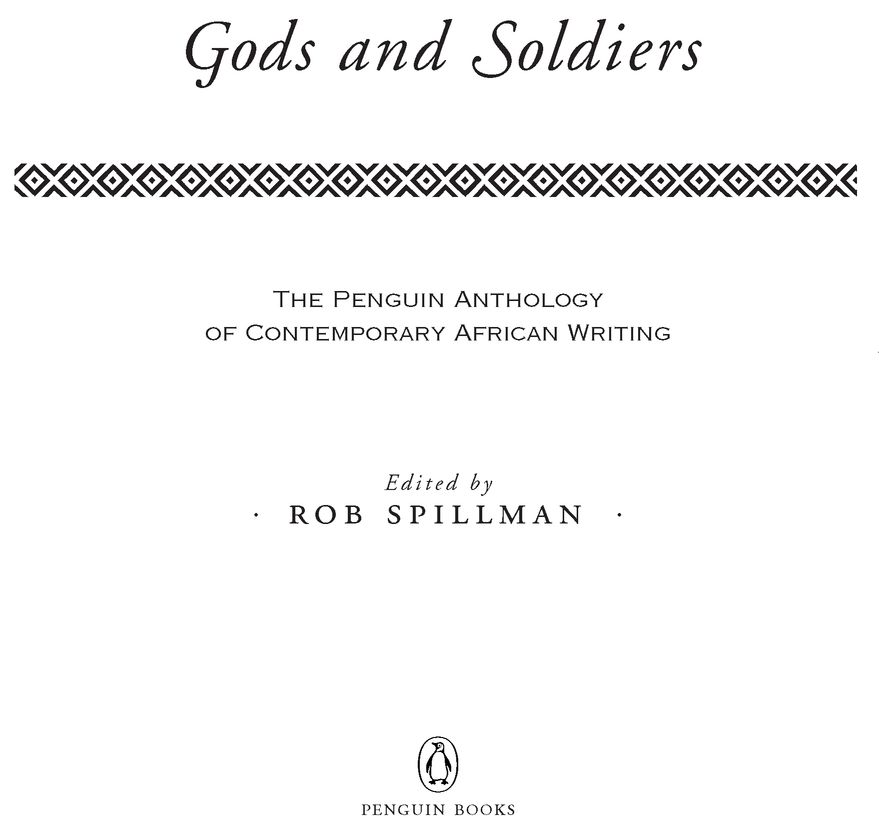 Acknowledgments
I would like to thank the many people who offered suggestions and advice, including Pete Ayrton, Elise Cannon, George Makana Clark, Isobel Dixon, Chris Dreyer, Ntone Edjabe, Dedi Felman, Amanda Gersh, D. W. Gibson, Cullen Goldblatt, Neil Gordon, Uzodinma Iweala, Laila Lalami, Johnny Temple, Andy Tepper, Hannah Tinti, Michael Vazquez, Binyavanga Wainaina, and James Woodhouse. I'd also like to thank the invaluable transcription wizardry of Katie Arnold-Ratliff. My wonderfully supportive agent, Betsy Lerner, kept me sane, and Beena Kamlani is the best editor anyone could ever wish for; her boundless enthusiasm, curiosity, and attention to every detail have made this daunting project a pleasure. Lastly, I'd like to thank my wife, Elissa Schappell, and my children, Miles and Isadora, for their continual support.
Introduction
Â
Â
Â
African writing is ready for the international spotlight. Much like the literary scene of India in the late 1980s and early '90s, which spawned the writers Salman Rushdie and Anita Desai, the cultural climate of Africa, with its rapid urbanization coupled with its expanding educational and economic opportunities, has created a hotbed of creativity, heralding the emergence of a vibrant new generation of exciting and innovative writers.
Over the ten years I have been editing the literary journal
Tin House,
I have seen an ever-increasing volume of strong work from African writers, but it wasn't until a few years ago, when I was working on an international issue of
Tin House
magazine, that I threw myself into reading emerging fiction from around the world. During the six months of intense reading leading up to making final selections, I was particularly struck by the work coming out of Africa. There was a palpable sense of urgency in much of the writing. These were stories that had to be written.
More recently, I was a guest editor at a literary festival in Nairobi, a gathering that attracted writers and editors from across Africa. Throughout the week there was a visceral feeling of energy and excitement, like nothing I had experienced before. There was urgency, yes, but also an overall feeling of possibility. The younger writers were mixing forms and languages, appropriating multicultural urban street patois into their stories. From the cradle of civilization, where the world's first stories originated, I was witnessing an African literary renaissance.
Now the rest of the world is tuning in. Young Nigerian Chimamanda Adichie recently won a MacArthur “genius” grant, along with Britain's prestigious Orange Prize and PEN's Beyond Margins Award, and was a finalist for the National Book Critics Circle Award for her novel
Half of a Yellow Sun,
while Chinua Achebe, fifty years after the publication of his groundbreaking novel
Things Fall Apart,
received the Man Booker International Prize for his legendary career. African writers are showing up with regularity in the pages of
The New Yorker
and in American and European literary magazines.
These are the headline grabbers, a mere bucket of sand in the Sahara. From Cairo to Cape Town, new, powerful voices are emerging, and more important, they are finding outlets for their work.
This volume includes a sampling of thirty different authors with a range of publishing experience, from Nobel Prize winners to unknown writers who have yet to publish their first book. The sections are organized geographically, each section opening with a nonfiction selection to provide context. The sections and accompanying maps are included for reference, not to suggest that the selected authors are the only writers to come from any particular region. One could easily create sub-anthologies featuring hundreds of writers. This anthology is intended as a snapshot of recent writing as seen through the lens of one editor, after consulting with many, many other editors, writers, scholars, critics, and everyday passionate readers.
Some of the themes covered reflect the recent history of the continent: anti-colonialism and the struggle with Western influences, the strongman rule, the rise of women's voices in traditionally patriarchal societies, the personal and national influence of domestic and imported religionsâand now, increasingly, what it means to be an independent-minded African in a globalized world.
The nineteenth century saw European nations make huge inroads into the African interior for land, lumber, minerals, and slaves. The old tribal borders gave way to an artificial partitioning of the entire continent by the Europeans in 1885. Belgium had taken over the Congo; France, West Africa, Gabon, and Madagascar; Germany, southwest, east, and central Africa; Britain, with the lion's share, Nigeria, Ghana, and entire swaths of the south, east, and north; Italy, Libya and Somalia; Portugal, Angola and Mozambique; and Spain, an outpost in the western Sahara. African nations only gained independence from their colonizers beginning in the late 1950s, most in the mid-1960s, and inherited the artificial boundaries and groupings left behind by the colonizing powers. An all-too-familiar post-colonial pattern for many countries has been a brief honeymoon followed by dictatorship, either military or strongman rule. Corruption became rampant, and periods of political instability, marked by wars and natural disasters, deepened the plight of the ordinary citizen. Prime examples include ruthless Ugandan strongman Idi Amin; Mobutu Sese Seko, who ruled the Congo with an iron fist for more than thirty years; and Robert Mugabe, Zimbabwe's president since 1980, who is desperately trying to hold on to power despite being voted out in 2008, his country now plunged into economic ruin.
Today, many nations are still struggling to come to grips with postcolonial rule, often teetering between rapid transitions from military to democratic governance, but representative governments are beginning to take hold, however precariously, as witnessed by the surprising violence surrounding the 2007 presidential elections in Kenya, a country generally thought to be the most stable of African countries.
A few key dates to keep in mind:

We open with West Africa, represented here by Ghana, the first black African country to gain independence, and Nigeria, the most populous African country, with 80 million people and, not surprisingly, the richest output of literary work. Nigeria has been plagued by a series of corrupt governments that have exploited the oil-rich nation. Writers have had moments of freedom of expression but also harrowing periods of repressionâin 1995, despite an international outcry, the Nigerian military executed the writer Ken Saro-Wiwa-Ogoni for exposing the overly cozy ties and unseemly goings-on between Shell Oil and the military junta.
It has been fifty years since Nigerian Chinua Achebe published his novel
Things Fall Apart,
a classic work of anti-colonialism that became a worldwide literary sensation, its commercial and critical success opening the door for many other black Africans. It seems fitting to reproduce here Achebe's seminal 1965 essay “The African Writer and the English Language,” in which he explains why he chooses to write in English versus his native Ibo. Other prominent African writers, most notably Kenyan NgÅ«gÄ« wa Thiong'o, have argued that colonial languages limit African thoughts and ideas, and that Africans should express themselves in their native tongues versus the languages that were imposed upon them. Achebe, on the other hand, makes the case that his African stories and ideas will find a larger audience if written in a more universal language, even within Africa itself, a continent of 800 million people, fifty-four nations, and over two thousand languages.
Art and politics have always been powerful allies in Nigerian fiction. In Helon Habila's masterful story “Lomba,” an imprisoned writer is forced to write love poems for the prison superintendent. In Chimamanda Adichie's
Half of a Yellow Sun,
the legacy of the devastating Biafra-Nigerian civil war is felt on a deeply personal level. Chris Abani and Mohammed Naseehu Ali focus on the changing role of women in traditionally male-dominated societies, Abani portraying the life of a poor prostitute, Ali an empowered Islamic woman whose husband is forced to publicly prove his ability to sexually please his wife.
Â
The next section comprises work from the sub-Saharan former French colonies, commonly referred to as Francophone literature. Francophone culture has been heavily influenced by the concept of Negritude, a movement founded in Paris in the 1930s, which put forth the independence and validity of black culture. This anti-assimilationist philosophy has been closely identified with L. S. Senghor, a Senegalese poet who became the first president of independent Senegal. This black nationalist movement was fueled by the Harlem Renaissance and Haitian artists and championed by French intellectuals like Jean Paul Sartre, who called Negritude “anti-racist racism,” and was later embraced by African Americans in the 1960s. Here Cameroonian Patrice Nganang, one of today's most prominent Francophone writers, examines the legacy of Senghor's Negritude and its relevance today.