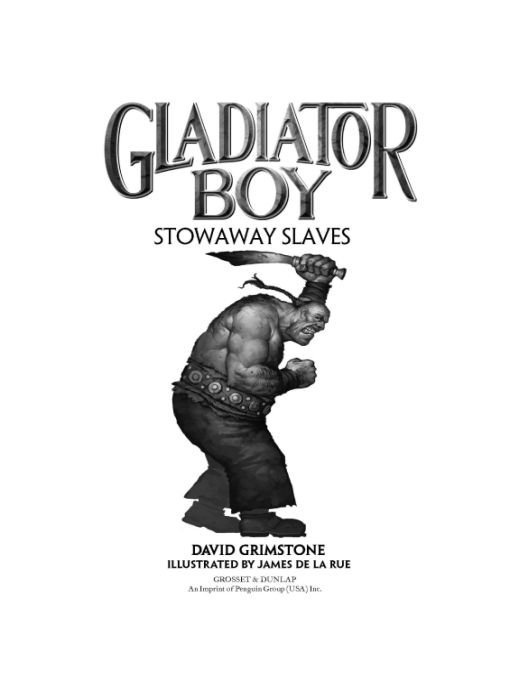 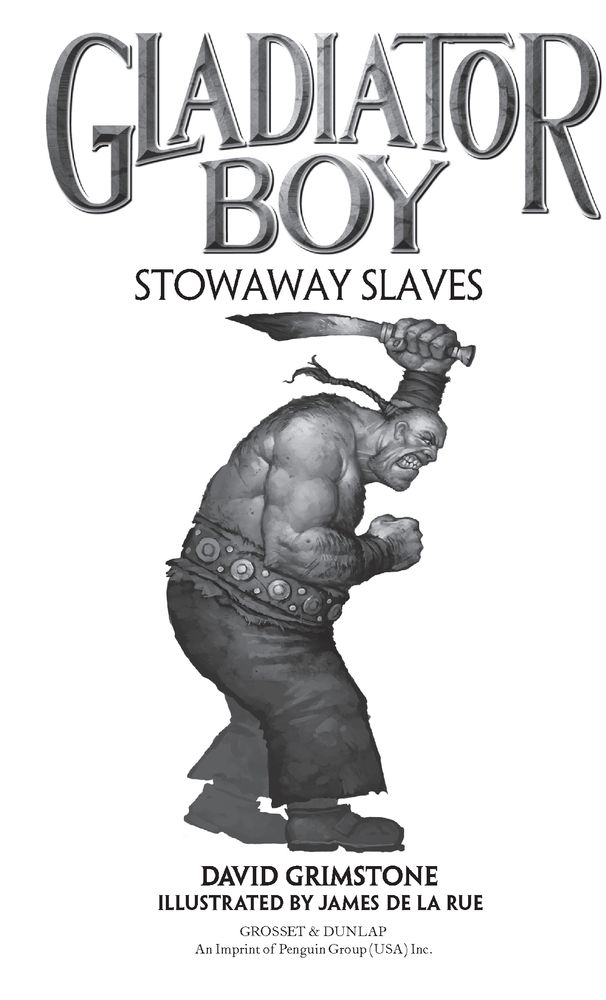 For Chiara Stone, my beautiful wife.
Â
Â
Â
I would like to dedicate the entire
Gladiator Boy
series to Terry Pratchett. There is no writer, living or dead, for whom I have greater respect. Thank you for everything.
ANCIENT ITALY

PREVIOUSLY IN
GLADIATOR BOY
Decimus Rex has escaped Arena Primus in the company of a fellow slave, Olu Umbika. Together, the pair have managed to do what no one else has ever doneâflee the clutches of Slavious Doom. However, with the overlord's evil servant in pursuit of them, it seems only a matter of time before they are recaptured.

CHAPTER
I
THE ESCAPE
S
lavious Doom was well-known in Avellino, and not simply because his arena loomed over the little town like an angry giant. The overlord was famous for his cruelty, and there was much evidence of this in the tortured screams that regularly erupted from the arena floor.
Despite these fears, the townsfolk managed to go about their everyday lives, largely ignoring the fiendish activities that took place on their borders.
But now nothing could hide the army of arena guards that marched through the gates of Avellino and began barging their way into people's homes.
All over the town, muscled feet connected with old doors, splintering weak wood and forcing it away from the frames. 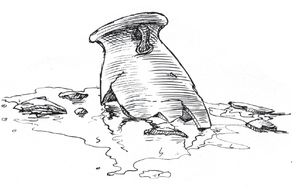 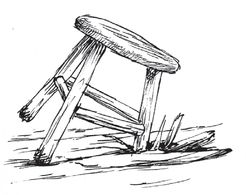 Men, women, and children were thrown aside like rag dolls as the guards, many of them expressionless and moving as though they were being controlled by a particularly ruthless puppet master, overturned tables and chairs. The guards ripped open bedding and ransacked cupboards in their efforts to find the escaped slaves. 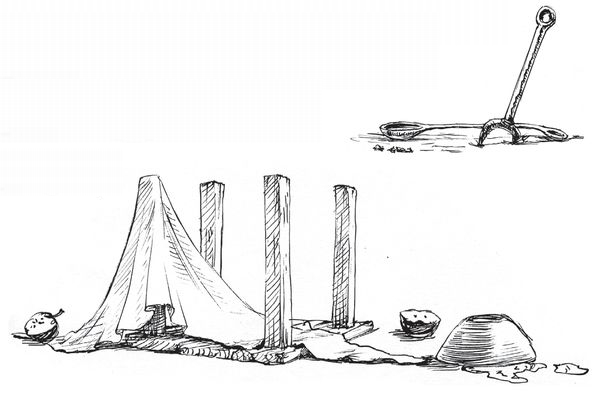 Beneath the town, an even more frantic search was taking place . . .
The dogs raced along the tunnel, throwing up foul water all around them as their enormous paws sprang off the sewer floor. Despite all being part of the same pack, they were biting and clawing one another at every turn . . . and only seemed to concentrate on their goal when the sewer opened up before them. 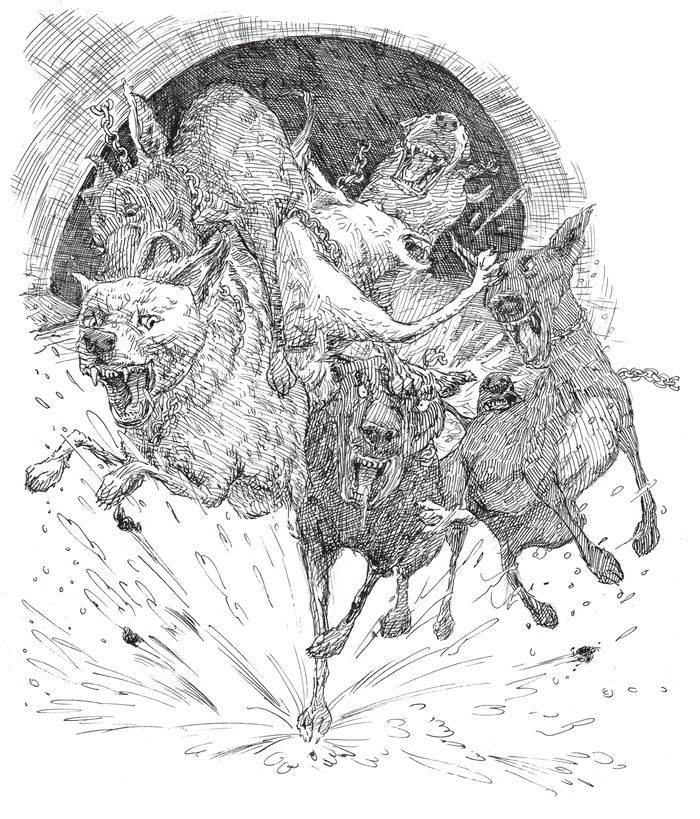 The guards who were supposed to be handling the dogs were in deep trouble, and they knew it. The pack had broken free soon after they'd entered the tunnels, breaking their leashes and wounding several of the guards in the process. Most of the dogs were deformed by years of savage beatings and the rest were simply deranged. If the escaped children were in the tunnels, they wouldn't survive an encounter with the dogs . . . and the guards had clear instructions from Doom to bring Decimus Rex back alive.
“Down there!” screamed the guard captain, a vein standing out on his neck as he splashed madly through the sewer. “You with the swordâtake the opposite tunnel! We need to get those dogs back NOW!”
The guards broke off in different directions as the tortured howls of the dogs echoed in the distance. 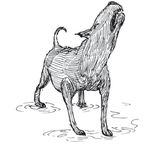 On Her Majesty's Secret Service by Ian Fleming
The Pandemic Sequence (Book 1): The Tilian Virus by Calen, Tom
The Summoning God: Book II of the Anasazi Mysteries by Kathleen O'Neal Gear, W. Michael Gear
The Life-Changing Magic of Tidying Up: The Japanese Art of Decluttering and Organizing by Kondo, Marie
The Golden Horseshoe and Other Stories by Dashiell Hammett
The Sheep Look Up by John Brunner
o 359b4f51a22759c4 by Unknown
Snatched by Unknown
In the End (Starbounders) by Demitria Lunetta
Breathless by Krista McLaughlin