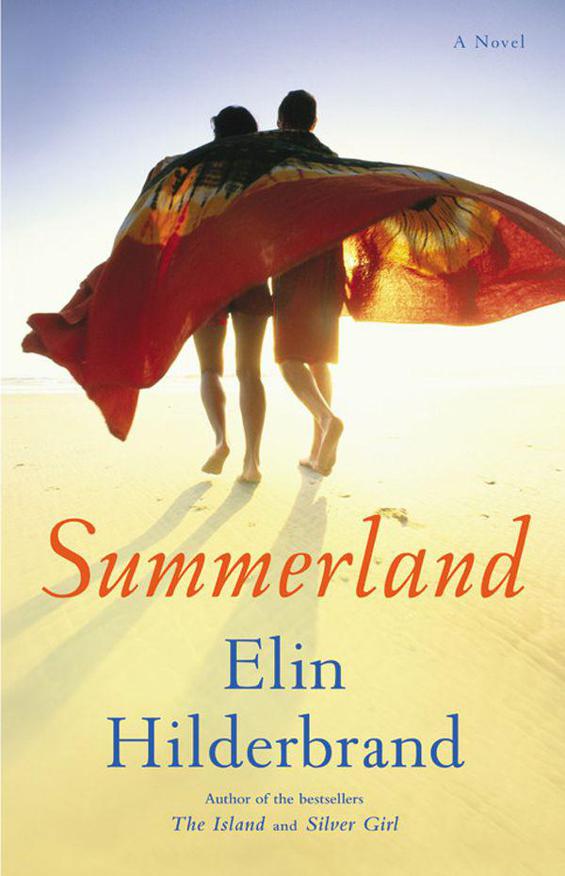 For my darling friend Manda Popovich Riggs.
No one stronger, no one smarter,
no one cooler, no one kinder.

N
antucket: the name of the island brought to mind rolling surf, cobblestone streets, the brick mansions of whaling captains, a battered Jeep Wrangler with a surfboard strapped to the roll bars. It brought to mind cocktail parties on undulating green lawns, investment bankers wearing faded red slacks and dock shoes without socks, a towheaded little girl holding a grape popsicle that dripped down the front of her seersucker dress. Nantucket: it was the land of wealth and privilege, a summer playground for those with a certain prep-school, old-money, I-used-to-row-with-him-on-the-Charles type of pedigree.

So few outsiders (and by “outsiders,” we meant everyone from the casual day-tripper from West Bridgewater to Monica “Muffy” Duncombe-Cabot, who had been summering on the island since she was in utero in 1948) understood that Nantucket was a real place, populated by real people. Like anywhere else, it was home to doctors and taxi drivers and a police chief and plumbers and dishwashers and insurance agents. It was home to mechanics and physical therapists and schoolteachers and bartenders. They were the real Nantucket: the ministers and the garbage collectors and
the housewives and the members of the crew that filled in the potholes on Surfside Road.

Nantucket High School had a senior class of seventy-seven students graduating on June 16. This turned out to be one of the first balmy days of the year—warm enough to sit on the football field and wish that you, like Garrick Murray’s grandmother, had worn a wide-brimmed straw hat.

Up on the podium stood Penelope Alistair. Although she was only a junior, Penny had been asked to sing the National Anthem. Hers was the voice of Nantucket, her tone so pure and ethereal that she didn’t need any accompaniment. We mouthed the words along with her, but no one dared to sing out loud because no one wanted to hear any other voice than Penny’s.

When Penny finished singing, there was a beat of thrumming silence, and then we all cheered. The seniors, sitting in neat rows on a makeshift stage behind the podium, whooped until the tassels on their caps shimmied.

Penny sat down in the audience between her twin brother, Hobson Alistair, and her mother, Zoe. Two chairs away sat Penny’s boyfriend, Jake Randolph, who had attended the ceremony with his father, Jordan Randolph, publisher of the
Nantucket Standard.

Patrick Loom, valedictorian of the senior class, took the podium, and some of us felt tears prick our eyes. Who among us didn’t remember Patrick Loom in his Boy Scout uniform, collecting money in a mayonnaise jar for the victims of Hurricane Katrina? These were our kids, Nantucket’s kids. This graduation, like other graduations, was part of our collective experience, our collective success.

Twenty-three of the seventy-seven graduating seniors had written a college essay entitled “What It’s Like Growing Up on an Island Thirty Miles Out to Sea.” These were kids who had been born at the Cottage Hospital; they had sand running through their veins. They were on intimate terms with Nor’easters and fog.
They knew that north was marked by the Congregationalists, and south by the Unitarians. They lived in gray-shingled houses with white trim. They could distinguish bay scallops (small) from sea scallops (big). They had learned to drive on roads with no traffic lights, no off-ramps or on-ramps, no exits. They were safe from ax murderers and abductors and rapists and car thieves, as well as the more insidious evils of fast food and Walmart and adult bookstores and pawnshops and shooting ranges.

Some of us worried about sending these kids out into the wider world. Most of the seniors would go to college—Boston University or Holy Cross or, in Patrick Loom’s case, Georgetown—but some would take a year off and ski in Stowe, and still others would remain on Nantucket and get jobs, living lives not so different from those of their parents. We worried that the celebration surrounding graduation weekend would lead our seniors to drink too much, have unprotected sex, experiment with drugs, or fight with their parents because they were eighteen, goddammit, and they could do what they wanted. We worried they would wake up on Monday morning believing that the best years of their lives were behind them. The electric buzz they had felt the last four autumns during the first Friday-night football game under the lights, when they ran out onto the field or led the crowd in cheering—those moments were gone forever. Next September the Nantucket Whalers would play again, the weather would be brisk again, the air would smell like grilled hot dogs again, but there would be a new guard, and the seniors who were, as we watched now, walking across the stage for their diplomas, would be old news.

High school was over.

There was a bittersweet element to June 16, graduation day, and as we walked off the field at the end of the ceremony, some of us
said we would never forget this one in particular, either because the weather had been so spectacular or because Patrick Loom’s speech had been so poignant.

What?
the world cried out in disbelief. The world wanted the Nantucket that resided in its imagination: the one with the icy gin and tonic resting on the porch railing, the sails billowing in the wind, the ripe tomatoes nestled in the back of the farm truck. The world did not want to picture a seventeen-year-old girl dead, but the world needed to know what we knew: Nantucket was a real place.

E
verything looked different from the air. There, below him, was Nantucket Island, the only home he’d ever known. There were Long Pond and the Miacomet Golf Course and the patchwork acres of Bartlett’s Farm. There was the bowed white stretch of the South Shore. Already cars were lining up on the beach. Jake had spent every summer Sunday of his entire life on that very beach with his parents and the Alistairs and the Castles. They had body-surfed and played touch football; they had hidden in the dunes. They had constructed forts out of boogie boards and beach towels in the back of Mr. Castle’s pickup truck. Jake recalled the smell of charcoal, the marinated steak, the ears of corn dripping with herbed butter. There was always a bonfire with marshmallows, and fireworks that Mr. Castle bought when he was away on business.

Jake felt his father’s hand on his shoulder, a cupping, a squeeze. This happened four or five times an hour now, his father’s touching him for no reason other than to reassure himself that his son was still there.

Jake picked out Hummock Pond Road, like a fortune teller reading a palm. It was a life line without life, a love line without love. The road ran due south from town. Seen from the air, it was just a path cut through the pine forest. The cars traveling it looked like toys.

Jake pressed his forehead against the vibrating window. The plane floated over Madaket and Eel Point. Nantucket was receding. No! Jake thought. He felt tears sting his eyes. He was losing Nantucket. Tuckernuck was below them now, then Muskegut, its shores crowded with seals. Then the Yankee-blue water of Nantucket Sound. If only he could jump out, land safely, swim back. So many terrible things had happened in the past four weeks, and one of those things was what his parents had deemed to be the solution: they were running away from home.

T
he phone had rung in the middle of the night. Nobody, and especially not the parent of a teenager with his own car, wanted to be woken up by that sound. But Jordan was the publisher of the island’s newspaper, the
Nantucket Standard,
and so the phone rang in the middle of the night in the Randolph household more often than it did in other households. People called with news, or what they thought was news.

Zoe had been known to call in the middle of the night as well, but that was always Jordan’s cell phone, and he’d taken to shutting
it off when he went to bed to avoid unnecessary drama. Anything Zoe wanted to say to him at two in the morning would sound better at eight o’clock, once he was safely in the car and driving to the paper.

It was a Saturday night, or technically Sunday morning. It was eighteen minutes past one. Jordan had a pretty good handle on what was happening around the island at any hour of any day. At one o’clock in the morning on a Sunday in mid-June, the crowd would be spilling from the Chicken Box onto Dave Street. There would be a string of taxicabs waiting there, and a police cruiser. Downtown, there would be clusters of people on the sidewalk outside the Boarding House and the Pearl; there would be the inevitable woman who attempted to cross the cobblestone street in four-inch stilettos. An older, more sedate clientele would roll out of the Club Car once the piano player finished “Sweet Caroline.”

Jordan had been at the Club Car with Zoe a few years earlier, on the night they experienced what they now referred to as “the moment.” The moment when they both knew. They knew then, but they did not act. They didn’t act until more than a year later, on Martha’s Vineyard.

The phone, the phone. Jordan was awake. His mind was instantly alert, but it took him a few seconds to get his body to move.

He swung his legs to the floor. Ava was sleeping in Ernie’s nursery with her earplugs in and the white-noise machine going, and the door locked and the shades pulled. And the magic elixir of her nightly Ambien silencing her demons. She would be completely dependent on him to rescue her in the event of a fire.

And then he remembered: graduation.

He raced to the phone. The caller ID read
Town of Nantucket
. Which meant the police, or the hospital, or the school.

That was the only word Jake was able to say. What followed was blubbering, but Jordan was buffered by the knowledge that Jake was alive, he could talk, he had remembered the phone number for the house.

A policeman came on the line. Jordan knew many of the officers but not all of them, and especially not the summer hires.